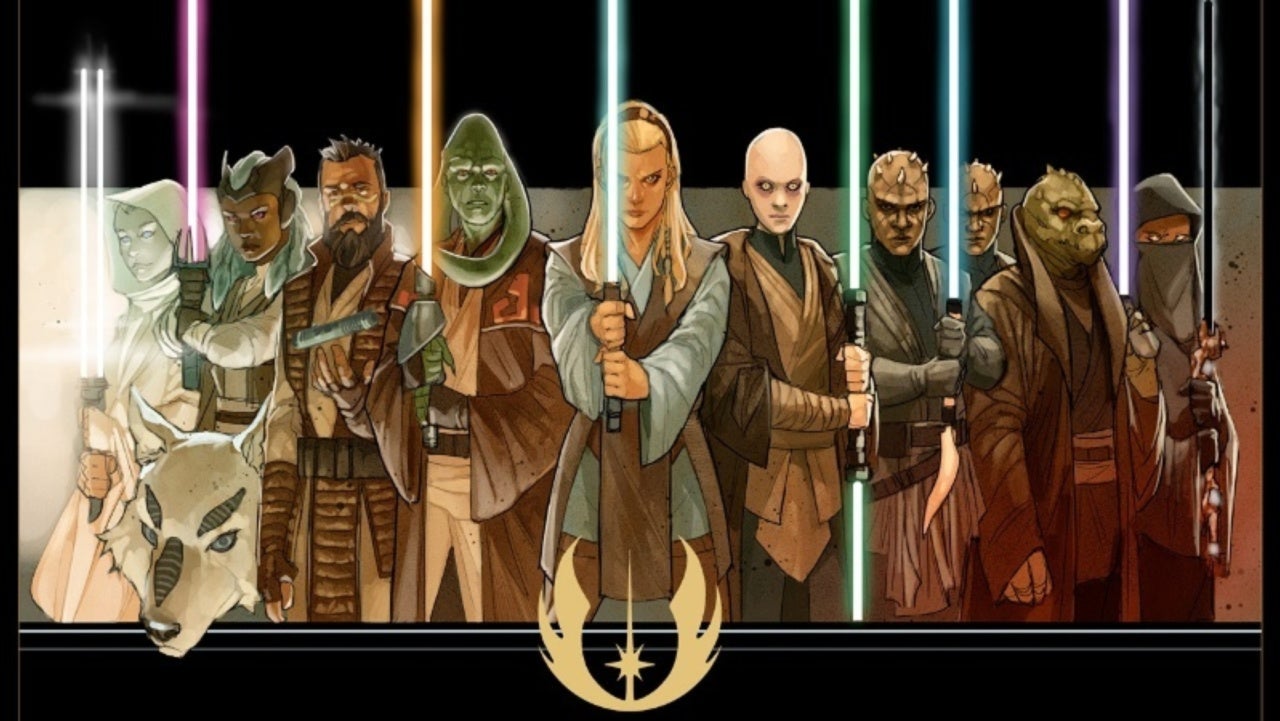 Let’s take a look at the new lightsaber style from the High Republic era.

Laser Swords, I mean Lightsabers are one of the most iconic items in Star Wars. In a world of space ships and high-tech blasters, they stand out, elegant weapons for more civilized ages. They are of course nearly synonymous with the Jedi and Sith, who wield them – each from its color, to its crystal to its hilt design you can tell you a lot about its owner. Each new Jedi and Sith, and each new era, has brought us a new saber to dissect and look at. Today lets take a look at the new type of saber that been shown off for the High Republic Era. 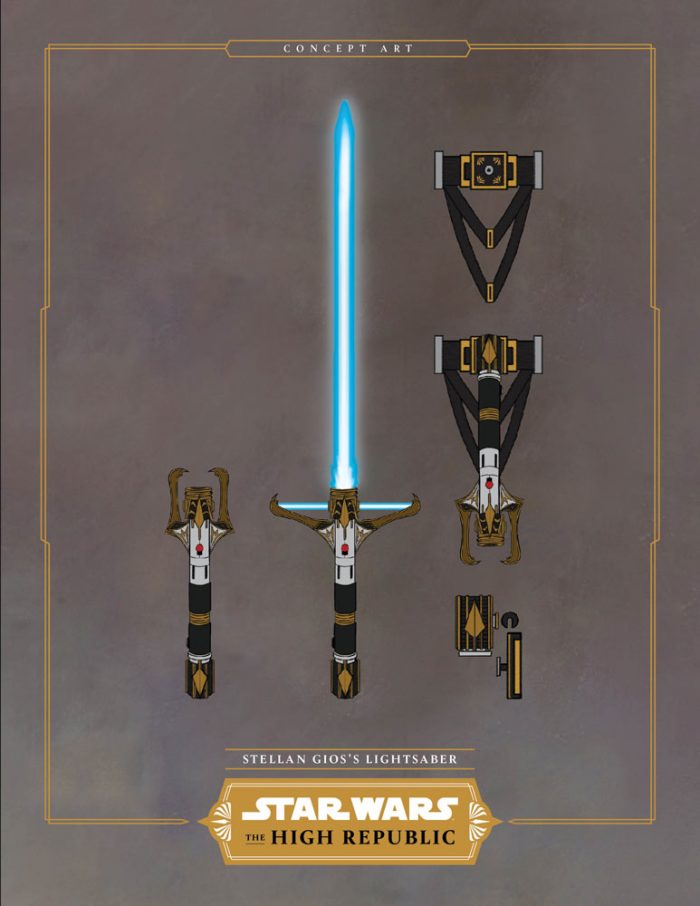 Here we have (via starwars.com) a close up look at the saber used by one of the new Jedi Masters in the High Republic Era. And I’ve got to say it’s pretty awesome looking. You’ve got the classic marks of a Lightsaber with the basic form of the hilt and blade, but with some cool differences. The most obvious difference is the crossguard, which is retractable that allows for easy storage in a lightsaber holster. This seems like both a practical way to carry a saber and have a crossguard. Less obvious is the fact that the hilt is longer than a regular saber’s, making it better suited for two-handed use (not that normal sabers can’t be used with two hands). The saber also just looks fancy af, and seems like something a knight from an advanced civilization would use.

Echos of the Future 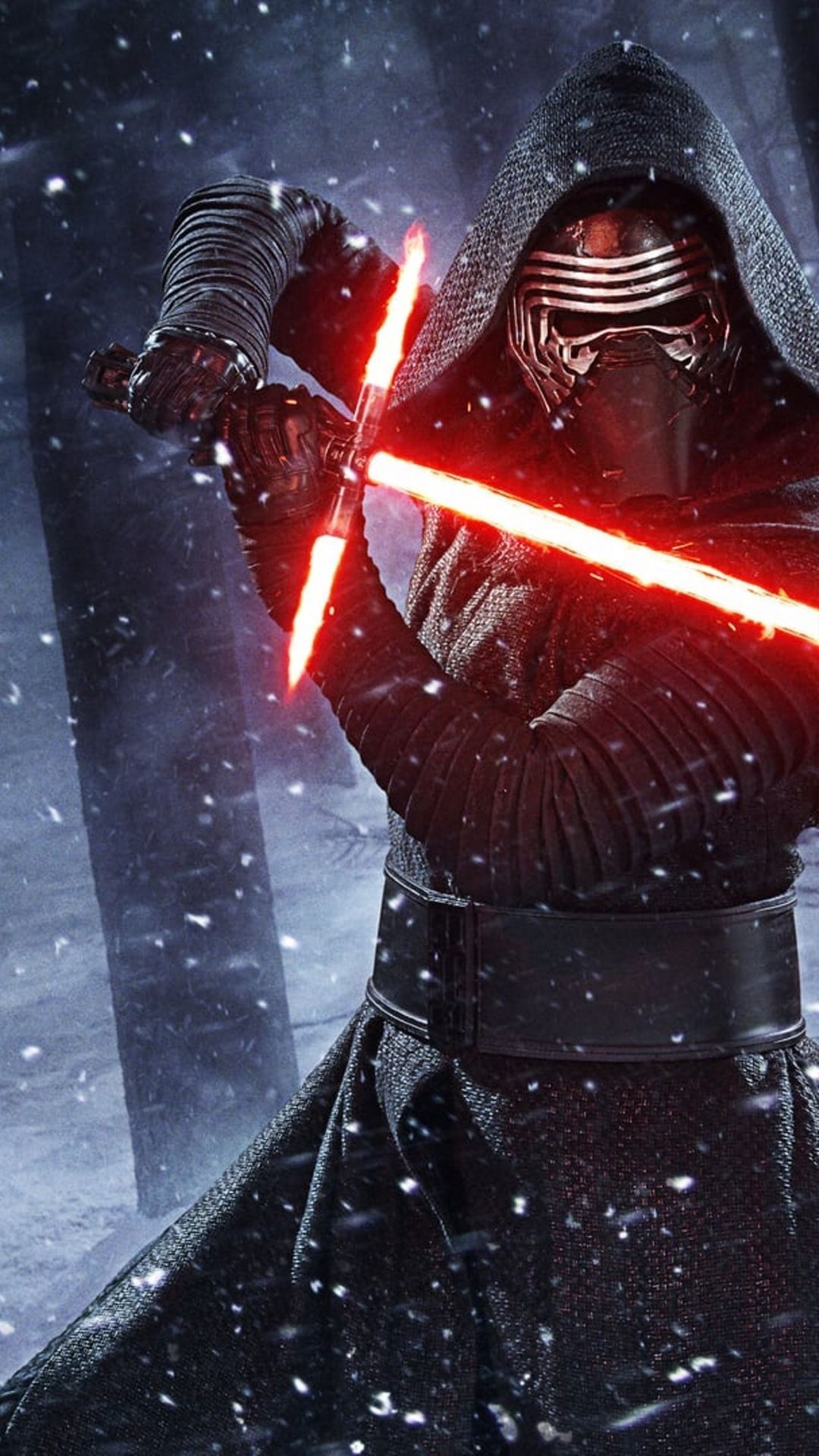 There is a pretty obvious comparison to be made between this new saber and the one used by old Kylo Ren in the Sequel Era. We know Ren’s saber was based on some older patterns of sabers, and it’s clear that this new one is one of those with both having the distinct and at the moment rare, crossguard. Ren’s saber, whatever else you think about the trilogy, was done well and really suits his character. It is a bit erratic, jagged, and somehow both brutal and fragile. It really looks along the lines of what someone would limited technology knowledge/skills would build is you described Gios’s saber to them. In a way, you could say that Gios and his saber, are an example of what Ben Solo could have been had he not fallen. In that regard, I really like the new design and how it plays with the ideas of Ren’s saber.

The writers of the High Republic have often described the era as Jedi Knights of the Round Table. It’s clear that this new saber design takes that sentiment to heart looking much more like a western broadsword than more traditional lightsabers do. I have to wonder how much deeper the changes go. In the Original Trilogy the Jedi, and in particular their weapons and fighting style was very much based on Japanese Samurai, though in the EU and then the Prequels they gained a lot of elements of various monastic orders, and even western militant holy orders. It will be interesting to see if the changes run deeper than just saber looks.

Let us know what you think of the new saber, down in the comments! 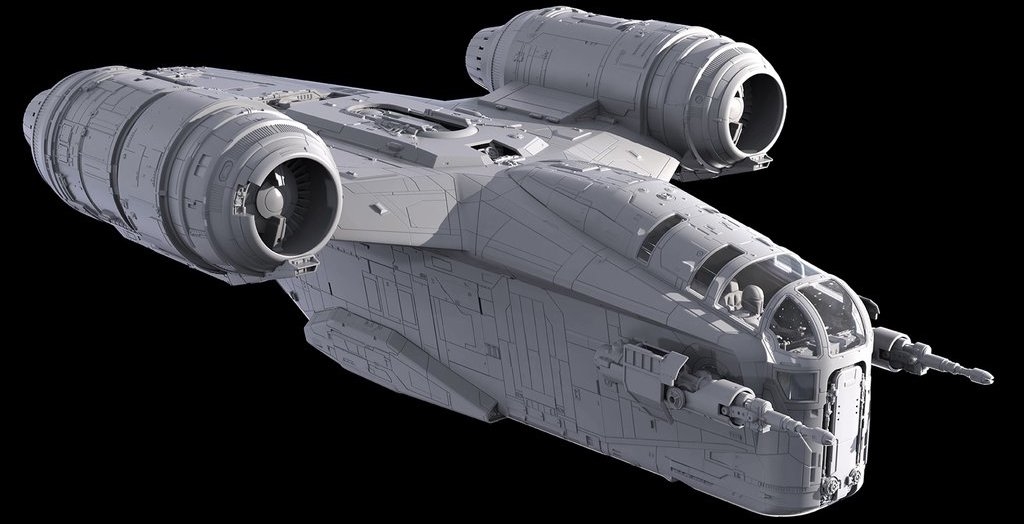