At the five-year anniversary event for Vermintide 2, developers teased out more details about the Chaos Wastes, including new weapons and character options.

Alright, technically it’s a new career for the Dwarf, and that’s kind of like a character class, but I like to imagine that Bardin Goreksson, the dwarf, is collecting the broadsheets from around the Old World and circling jobs he’d be a likely fit for, and polishing up the ol’ resume/cover letter combo. It turns out to be bigger than that, as mentioned, during the 5-year Anniversary event, developers teased out what the Chaos Wastes hold in store for our Vermintide 2 heroes. 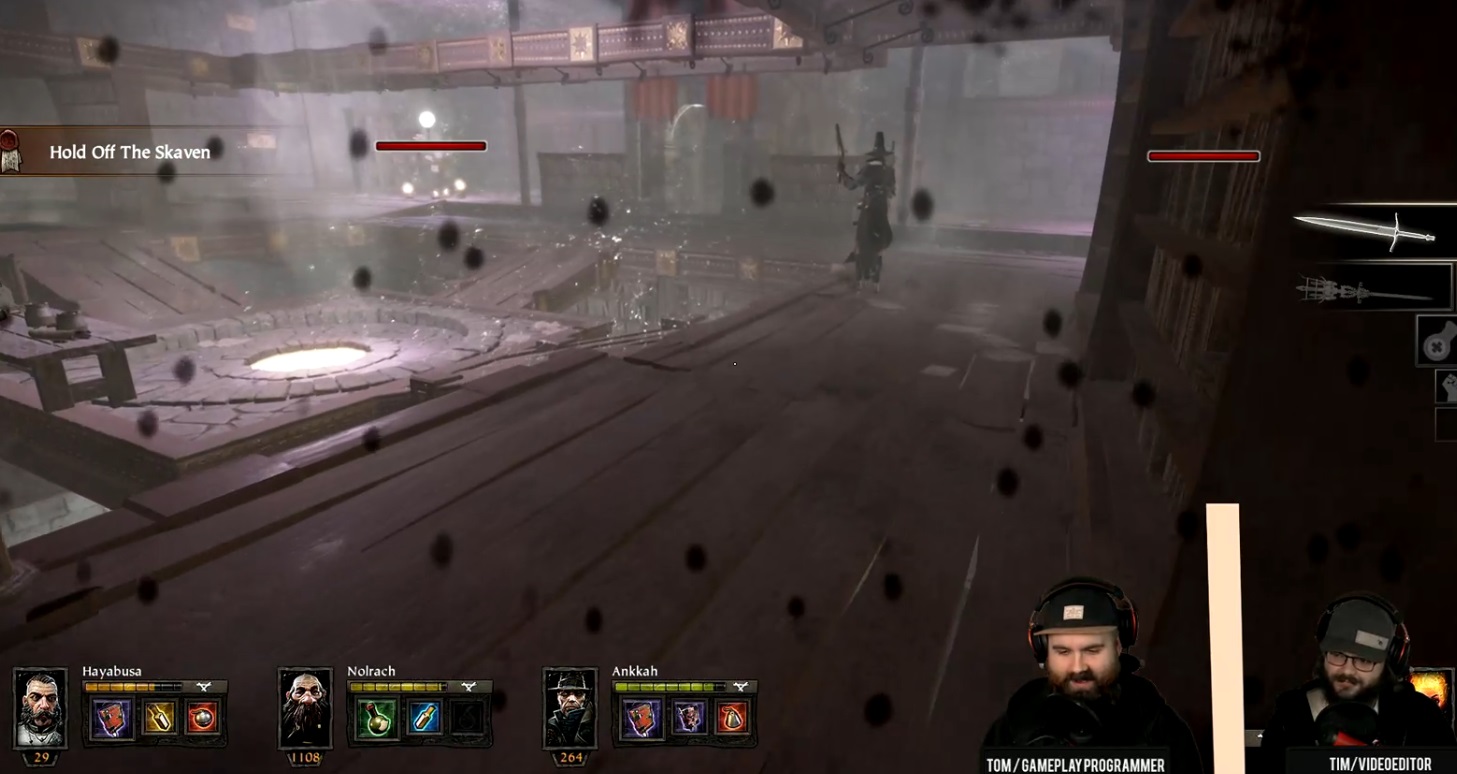 Among the details revealed is a new premium career for Bardin. And while they did not mention what the career was, we can get a good idea of the scope of it by looking at the Bretonnian Knight career introduced earlier this year. It changes up the gameplay as much as anything within Vermintide 2’s own kill-everything that moves idiom can–and I expect that the new class will provide new ways of comboing together buffs, or lining up difficult kills. But that’s not all we have to look forward to.

Fatshark CEO Martin Wahlund also mentioned new gameplay modes coming, including multiple short levels that offer “choices in between” to structure your own particular campaign. But what I’m most looking forward to seeing is how they implement a new power-up added to the game: temporary weapons that you can use and upgrade during a given run.

That’ll basically add a little taste of rougelike elements, for a treat. Depending on how easy it is to find ’em and how much effort they put in to the generation of them, there could be a lot to look forward to. Especially since it sounds like we’re going to be getting Chaos gods and their forces (not just Nurgle) showing their faces in the revamped mutated maps.

Chaos Wastes doesn’t have a solid release date yet, but I’d guess early next year, if not December. Definitely before Cyberpunk 2077 releases, either way.

What do you think the new career could be?