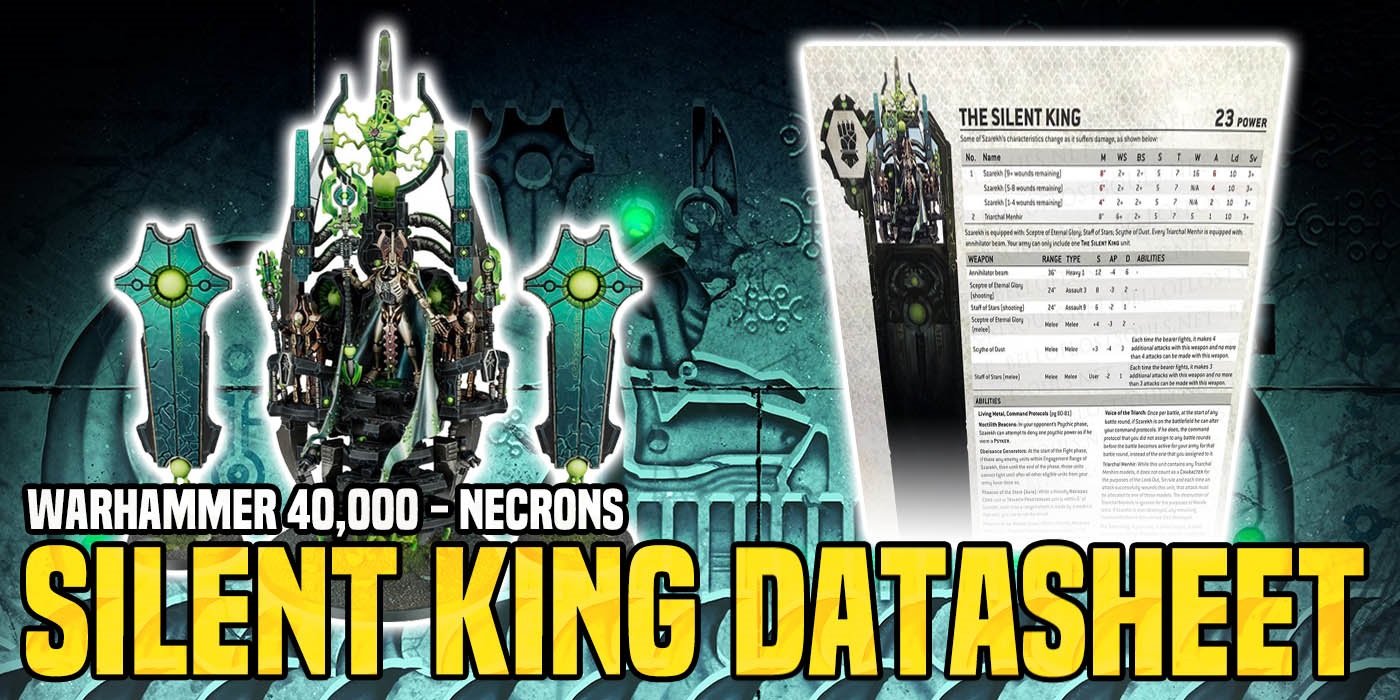 Let’s take a look at rules for the biggest baddest Necron of them all – The Silent King.

The Silent King has returned after surfing the void between the stars for eons. He wants to reclaim his territory and prepare for the ominous threats from beyond our galaxy. And he’s got some interesting rules to help him do just that. 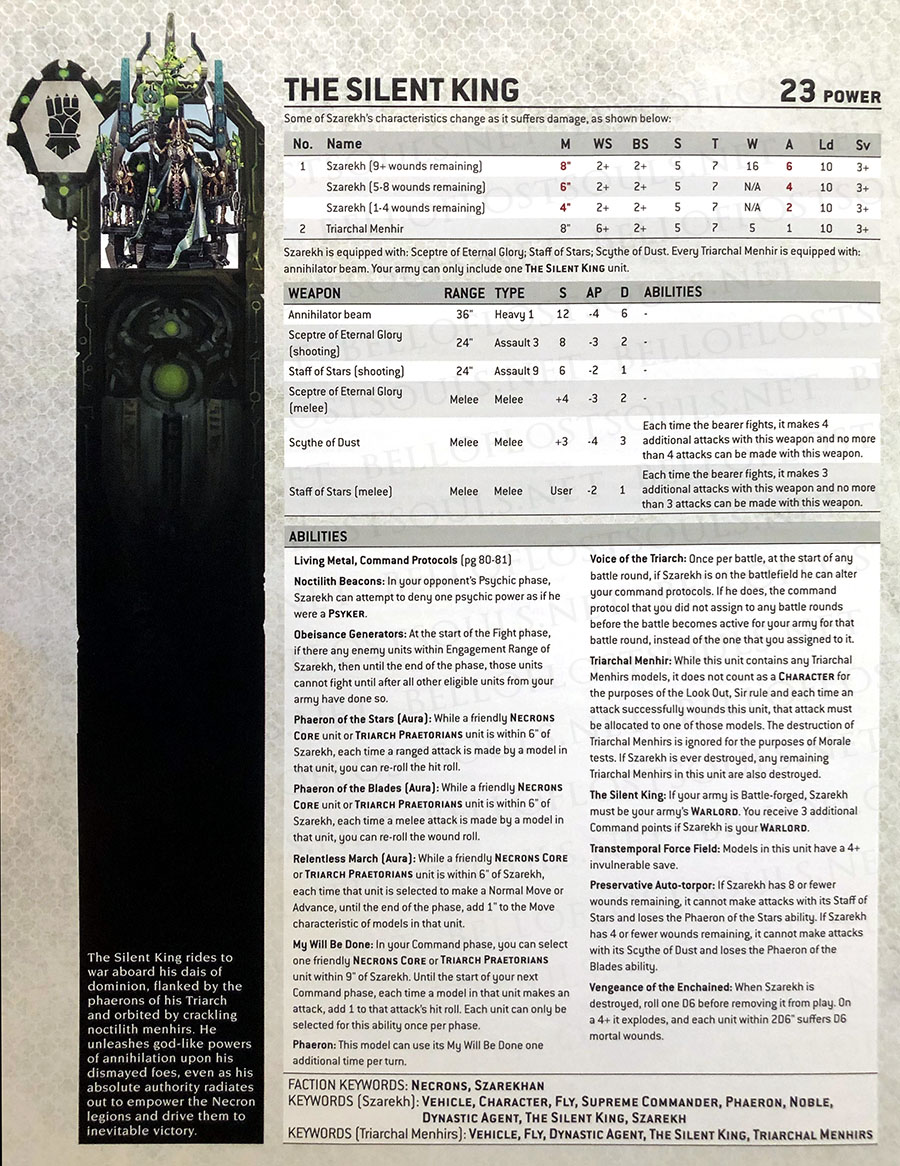 First off – that’s a LOT of rules! It’s a full page spread from Codex Necrons which is to say – yikes. But when you break it all down it’s really not that bad.

He might not be a Psyker, but he can attempt to stop those pesky psychic powers from going off once per phase.

These are also pretty handy as it forces enemies within range to essentially strike after your entire army had a chance to attack in close combat. And when it comes to aura’s The King has them:

Re-roll melee to wound rolls and re-roll shooting to hit rolls for Necron Core and Triarch Praetorians within 6″. What more is there to say about that one?

My Will Be Done gets to add 1 to attack to hit rolls to a unit within 9″ of him AND he gets to pick two units a turn thanks to the Phaeron ability.

You can also call an audible when it comes to your command protocols which can help get you out of a mistake in planning or a cunning opponent who’s trying to adapt to your plans.

The Triarchal Menhirs also function like bodyguards – which means that The Silent King basically has 10 ablative wounds in the form of those big rock slabs that follow him around – and don’t discount their shooting attacks either! He also grants your army +3 Command Points, because he’s the freakin’ Silent King and should probably be your Warlord when you include him in your army. Note: He’s also got the Supreme Command keyword.

The last few abilities are also straightforward. A 4+ invulnerable save, degrading attacks (ie, he loses abilities as he takes damage) and he also can explode when he dies. As an overall unit, it’s a nice little package of death. It’s also one amazing centerpiece model for the army: