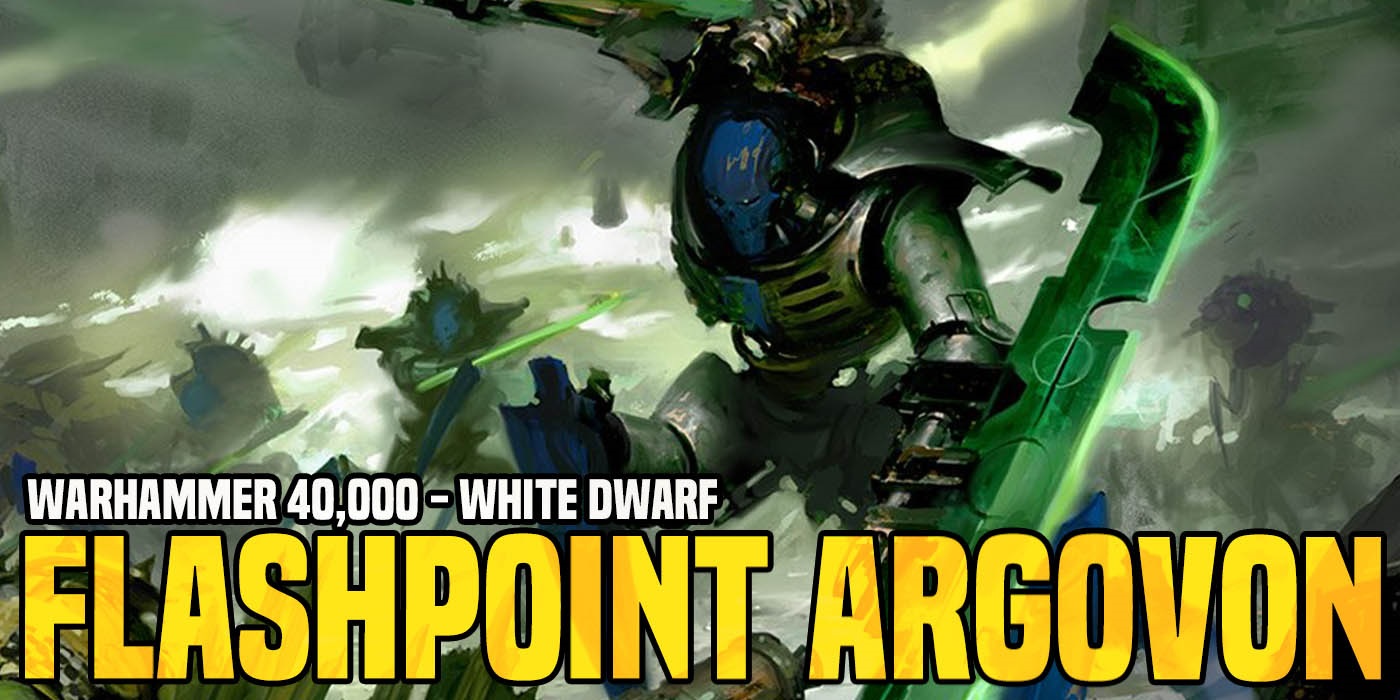 Games Workshop is introducing a new feature in the upcoming White Dwarf. Get ready for Flashpoints.

Everyone loves the idea of a good ol’ fashioned campaign and the October White Dwarf does not disappoint in that regard. A Flashpoint is a new type of article that focuses in on a specific area or campaign and provides some structure to actually play a particular Campaign. This is perfect for gaming groups or leagues or even for a store that wants to run the campaign for their players – and the White Dwarf has everything you need to do just that. 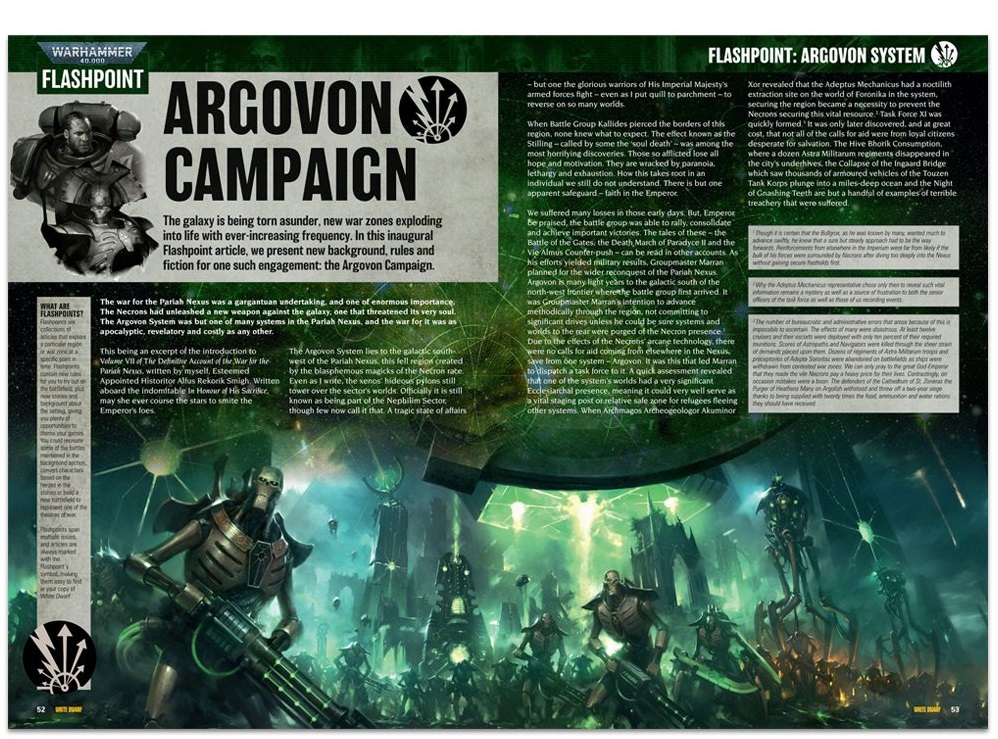 “October’s issue of White Dwarf features the first instalment of a new type of article series, called Flashpoints. Each Flashpoint will home in on a campaign being fought at a specific time and place, offering expansive lore and new rules that enable you to re-enact the key engagements of the conflict. Join us as we learn more about the inaugural Flashpoint, set in the Argovon System.”

We’re not going to get into all the lore bits about this system – as most of that will be in the White Dwarf article and was “redacted” in the post from Warhammer Community. However, we do know that it “serves as a waypoint along the border of the Zone of Silence” placing the action inside the Pariah Nexus. That means, essentially, you’ll be able to participate in a developing part of the current storyline of 40k – so that is kinda cool. 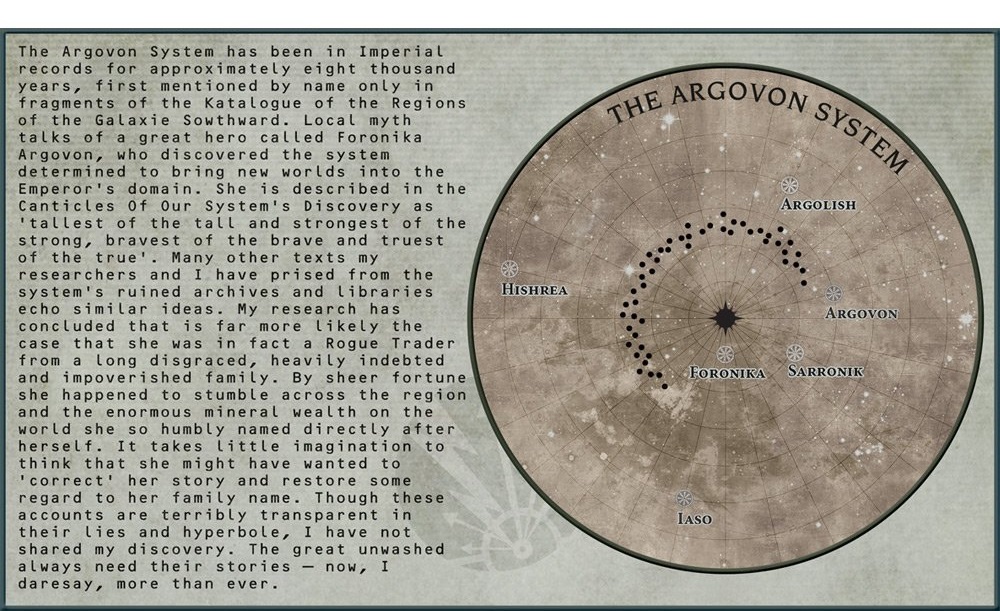 Furthermore, (and probably most relevant) this new Flashpoint has campaign rules that you can use. If you’re playing with the Beyond the Veil mission pack, even better! These rules have also been designed to work with the Crusade rules – but you can pretty easily work them in with however you want to play. 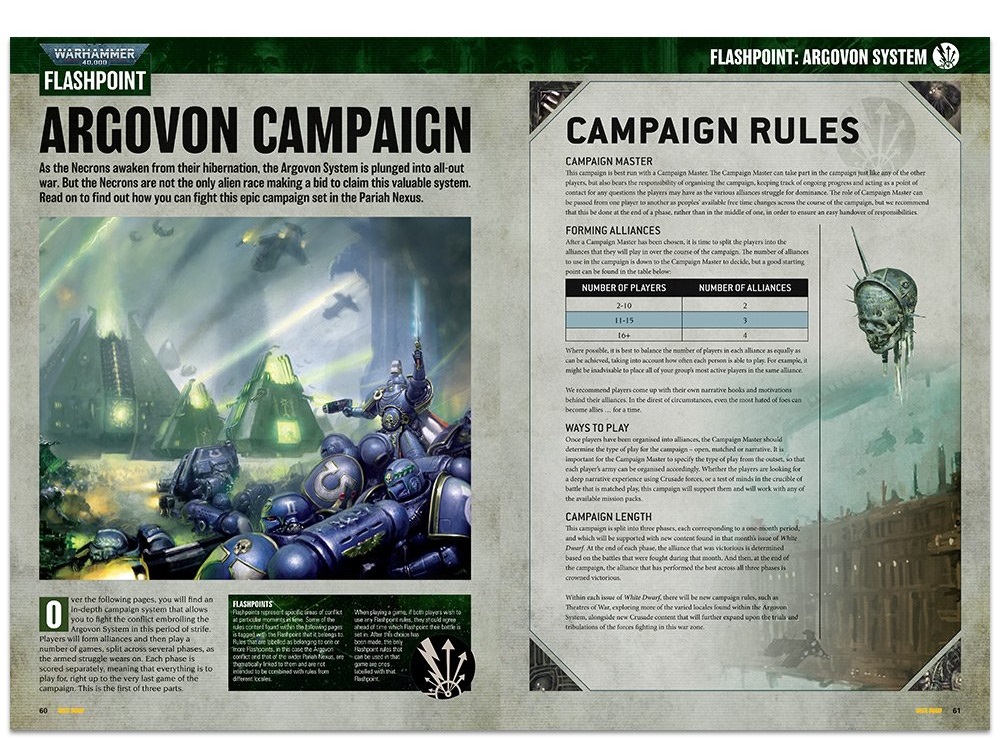 What interests me the most is that this campaign also allows players to form alliances and gives some recommended numbers to do just that. If you’ve got the players to do it, having these alliance can help keep the campaign focused and also allow for people to sub-in for games to keep the campaign from sputtering out. That’s with the Campaign Master’s blessing, of course.

It’s not just Campaign rules either as the Flashpoint also provides you with Theaters of War – places you can battle with their own dramatic rules and battlefield hazards to deal with. 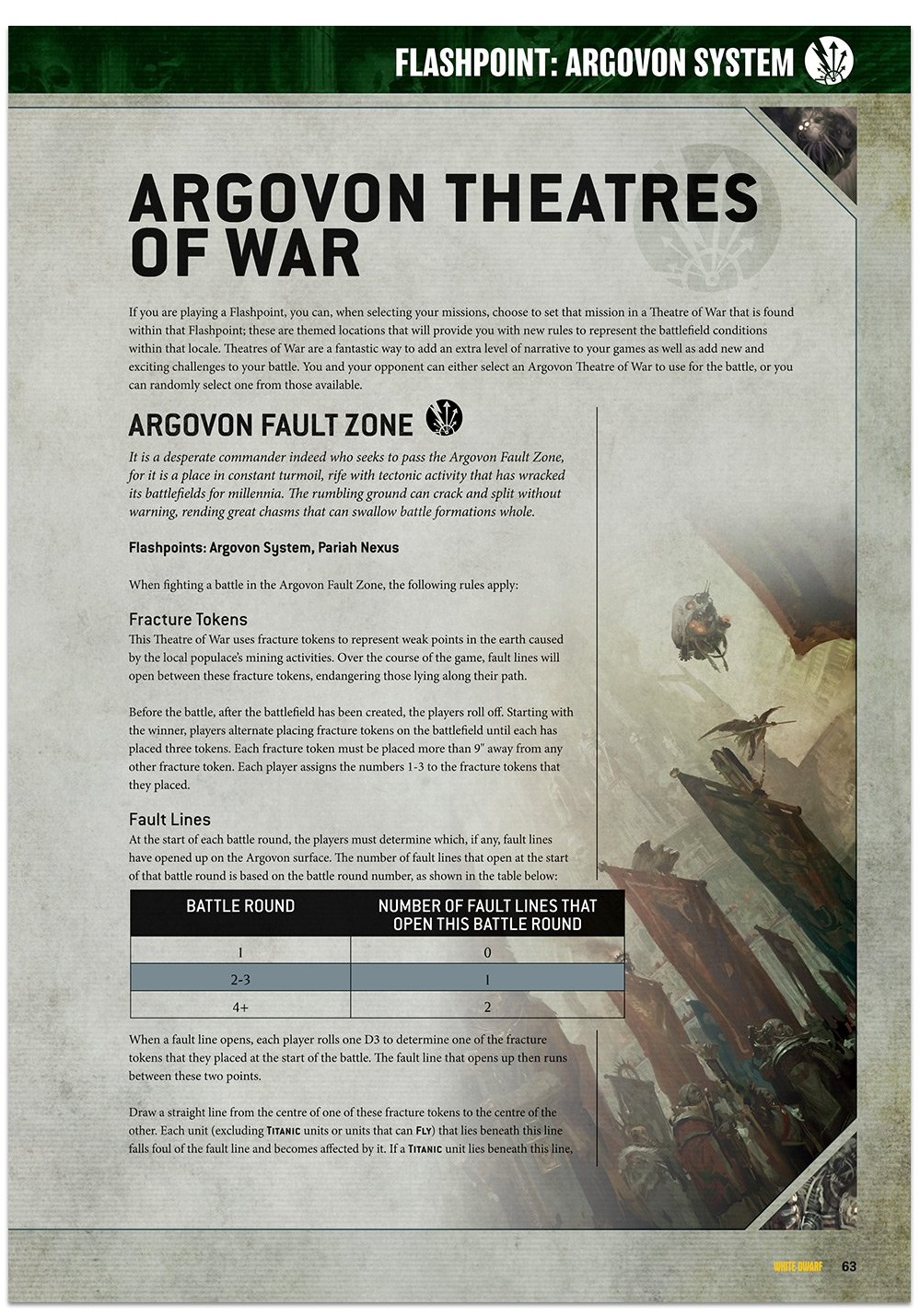 The Flashpoint has it all – new background lore about a new system, lots of rules for campaign play, and even a short story about a battle in the Argovon System. It’s got it all for every type of player and lore enthusiast out there. And here’s the kicker – this is just the start. There will be even more in the next month’s issue.

What do you think of the new Flashpoint? Are you willing to give it a go? 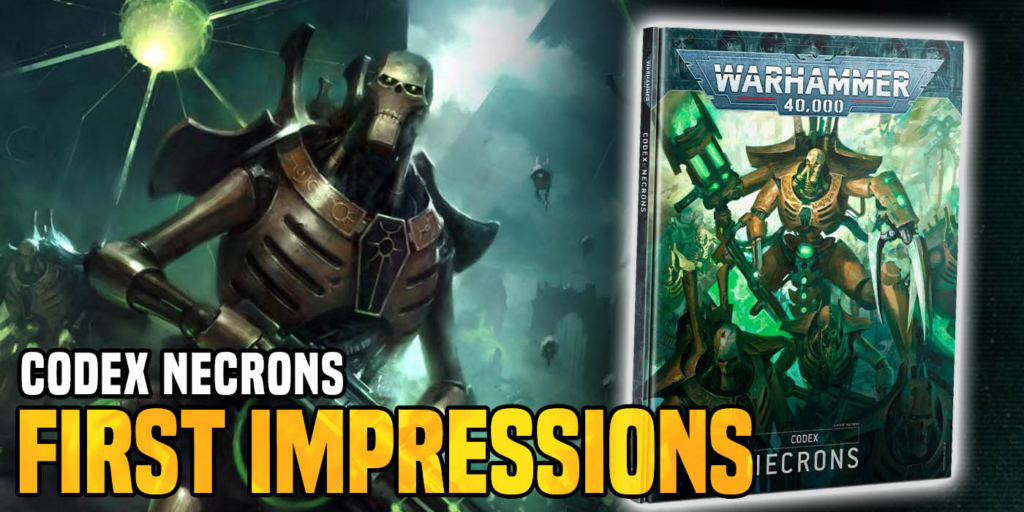