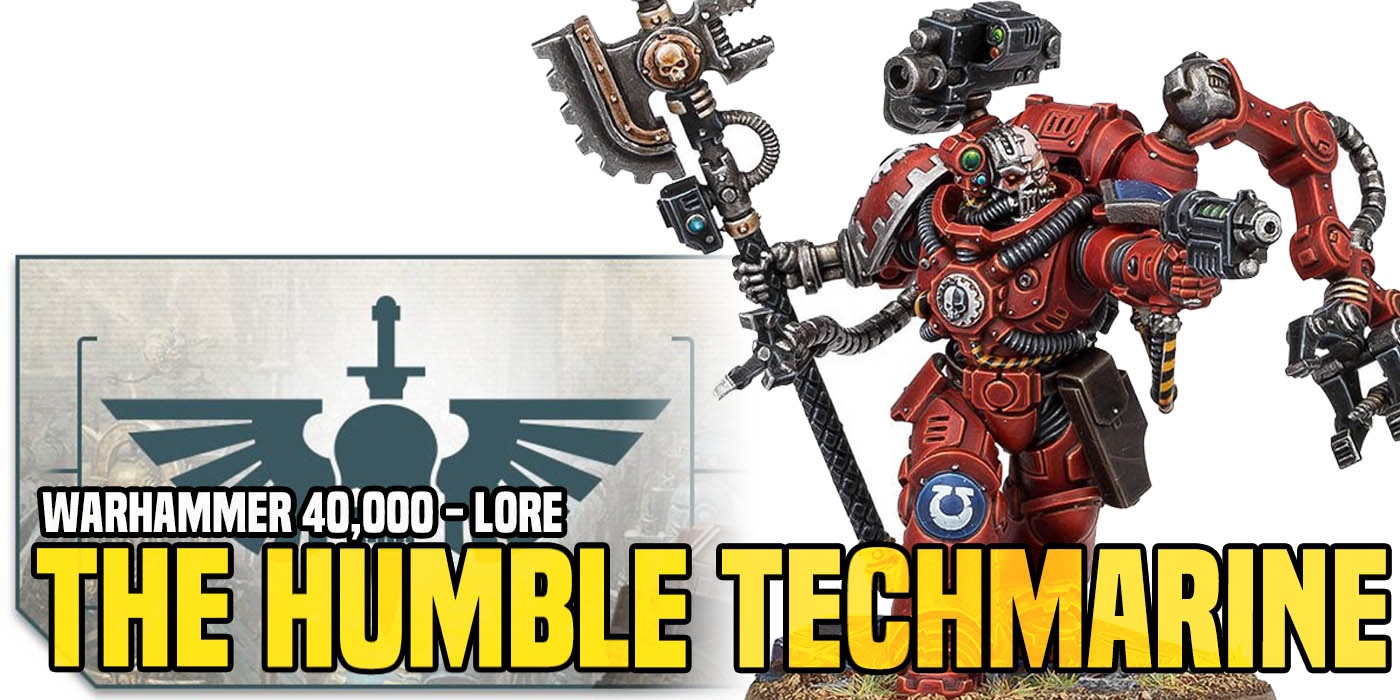 Is it plugged it? Turn it off and then turn it back on. Still broken? A Techmarine is coming to check your Power Armor.

Loremasters, today we’re taking a closer look at the humble chapter Techmarine – a Battle Brother and also a mechanic and techsupport for their chapter. It’s a tough job to keep everyone’s armor, weapons, and wargear in fighting condition but someone has to do it. And that someone is the Techmarine! 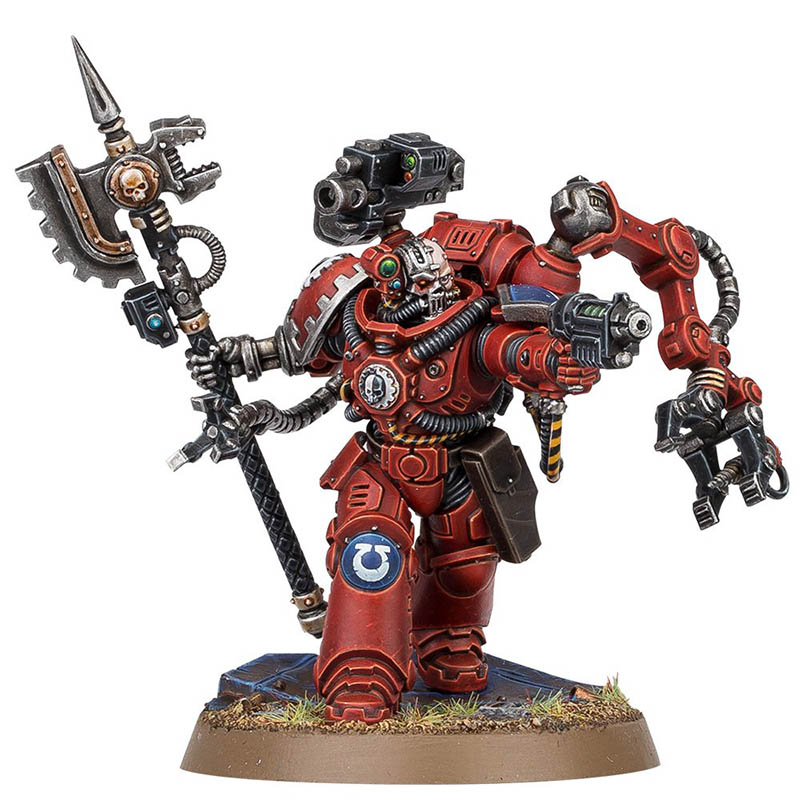 At least they are getting the Primaris Treatment – finally!

Space Marine Chapters identify prospective Techmarines from within their own companies, favouring those who show the greatest affinity for machines. These aspirants are then sent to Mars for thirty years of training, where they are taught the lore of the Machine God, how to divine the Runes of Engineering and the Liturgy of Maintenance. This great body of lore must be fully understood and committed to memory by the novice Techmarine. A great deal of the thirty years of instruction involves learning each of the many and intricate maintenance rituals and hymns by heart. 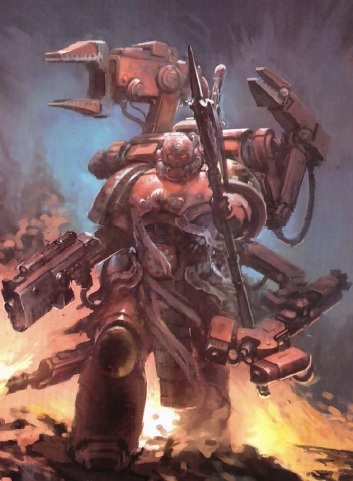 The rituals, furthermore, have variations to cover every conceivable circumstance in battle. A fully-fledged Techmarine is expected to be able to “feel” the pain of a damaged machine and heal it. After completing the training, the Techmarine is ordained, and returns to his Chapter.

Techmarines pledge allegiance to both the Cult Mechanicus and their Chapter, which makes them something of an oddity among their battle-brothers. he highest position among the Techmarines is held by the Master of the Forge. 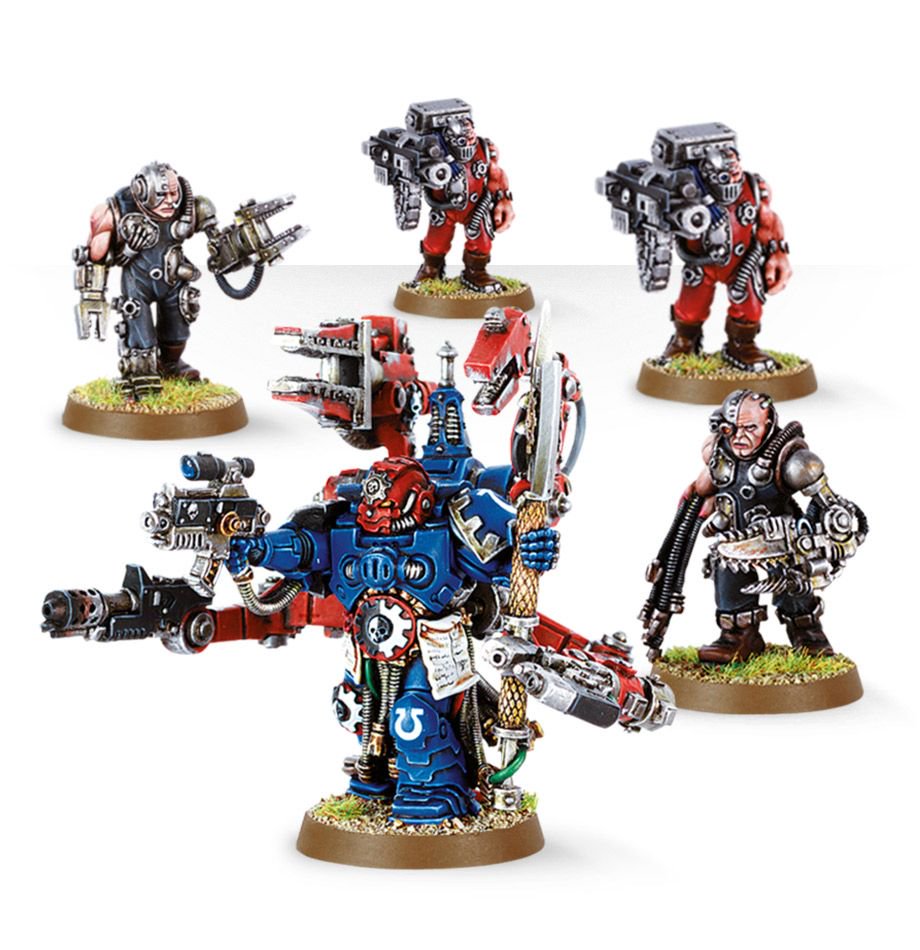 A Techmarine’s Power Armour is modified to accommodate his cybernetic enhancements and his armour’s backpack is also upgraded with several servo-arms and mechadendrites. His armour bears the rust-red colours of the Adeptus Mechanicus, but his Chapter badge is retained and displayed on one of the shoulder guards, so as not to disrespect the armour’s spirit. Techmarines are able to wear full servo-harnesses, huge harnesses armed with servo-arms, plasma cutters, and flamers. Techmarines can also be accompanied by a retinue of Servitors; Gun Servitors, Combat Servitors, and Tech Servitors. Their usual weapon is a Power Axe with the Adeptus Mechanicus symbol on the head, as both a symbol of rank and as a weapon. 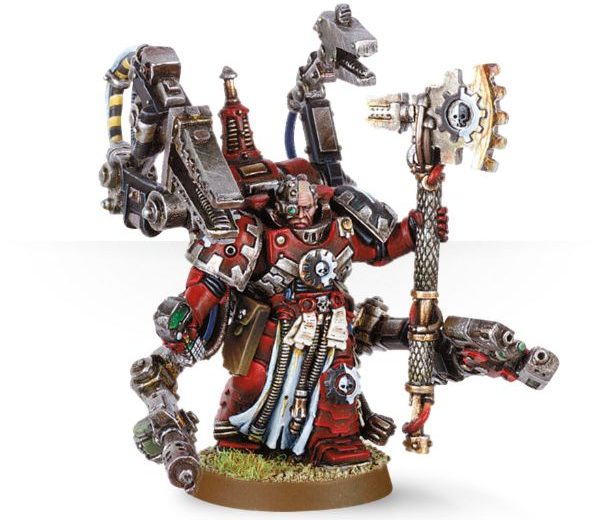 Fun Fact: Many Chaos Obliterators are said to be the former Techmarines of the Traitor Legions. 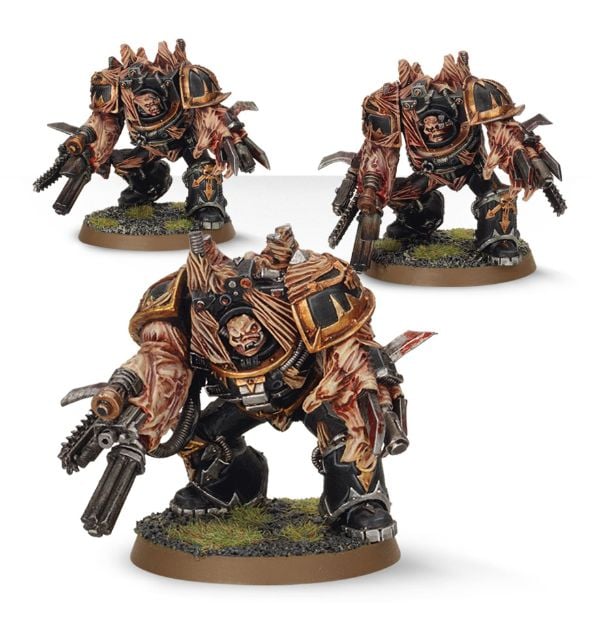 Want to learn more about Techmarines? Check out the Lexicanum!