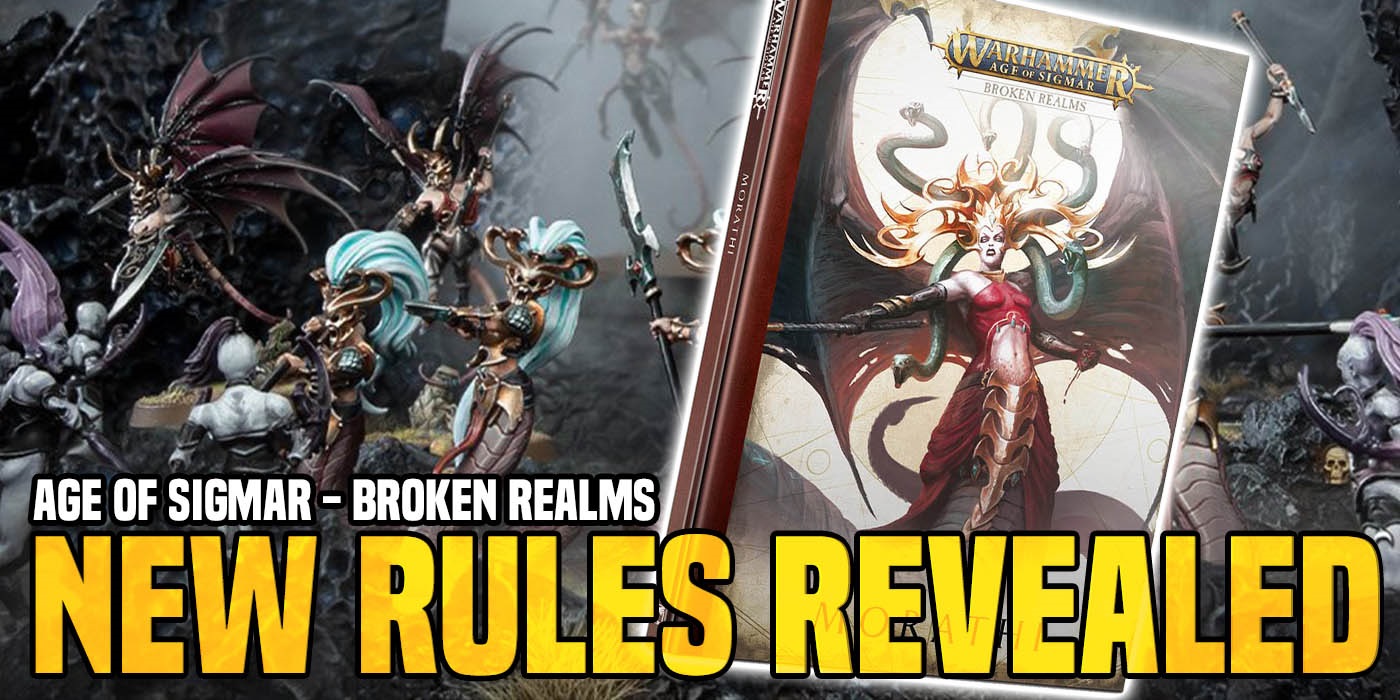 Games Workshop is showcasing some of the new rules you can play with for all the factions involved.

We got a look at the Table of Contents for Broken Realms Morathi yesterday and now we’re getting a closer look at the rules. The major players in this book are all getting some new goodies to try out on the tabletop so let’s dive in!

Arguably the stars of this book, the Daughters of Khaine are getting a new allegiance and other abilities. The new allegiance is Zainthar Kai – and they have some interesting rules: 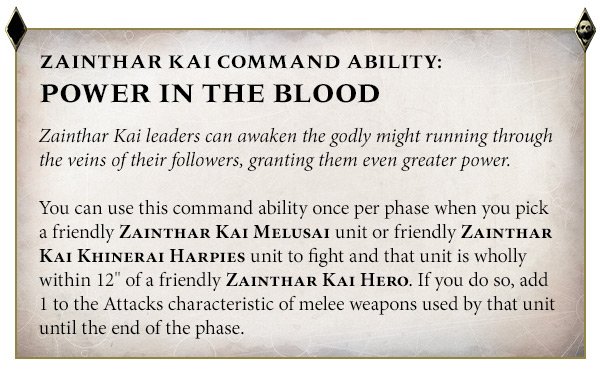 If you’ve never been on the receiving end of a Blood Sisters Melusai unit, well, consider yourself fortunate. Giving them another attack on each melee weapon is going to sting. The extra Bravery for them is nice because they are multi-wound models so saving one from running will save you wounds (if you’re not immune from some other DoK effect that is).

The DoKi also get a new Warscroll Battalion to try out as well:

So…I’m not sure I’d want to toss Melusai models into the Shrine to keep it alive. But maybe that’s just me. And as for the Khinerai – I personally wouldn’t have them near my Shrine as I’d use them to go snipe objective in the background or as a screen to be a speed bump. I don’t think I’d use this particular formation if I were playing DoK, but hey, if you have a use case let us know in the comments.

“The Cities of Sigmar will never be the same following Morathi’s actions, and the new Broken Realms books let you field two that have been most affected – Misthåvn, a place regarded as a hive of criminality, vice and deception by the other free cities, and Har Kuron… you’ll have to read the book to learn the story behind this place. Choose Misthåvn and your Heroes will gain access to some of the elixirs that are available in the shadow port.” 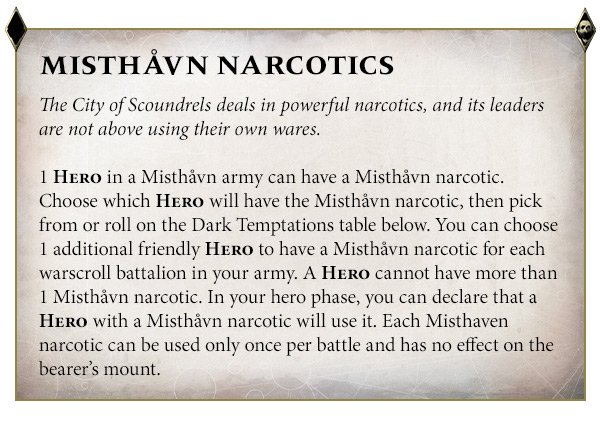 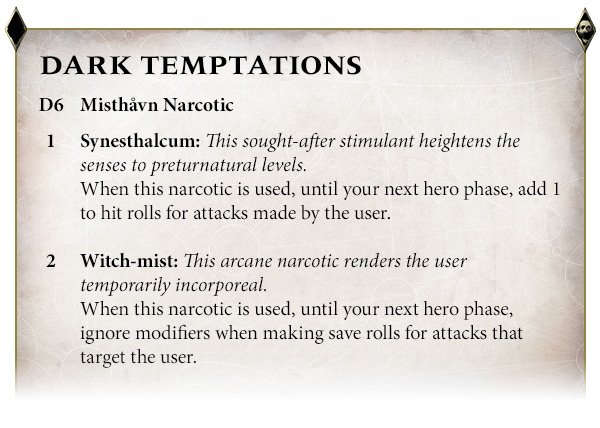 There is more to that chart – 4 more entries to be exact. I’m sure those performance enhancing narcotics have no negative side effects if you take them as prescribed…

The Stormcast started out as a shock and awe type force. However, over time they have had to find ways to become more defensive to help hold the ground they have taken. That led to the creation of Stormkeeps. Within these Stormkeeps, magics exist allow them to quickly reforge warriors and bring in reinforcements. Furthermore, some of these Stormkeeps have even started to recruit from the cities they protect. 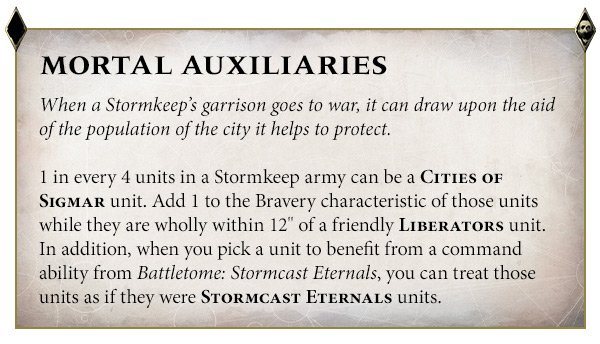 If nothing else this does open up some neat narrative options for your army!

“The Idoneth are getting updates to a number of their warscrolls, including those for the Akhelian Leviadon, both Eidolons of Mathlann and the Akhelian Allopexes, making them all more attractive choices for your army.” 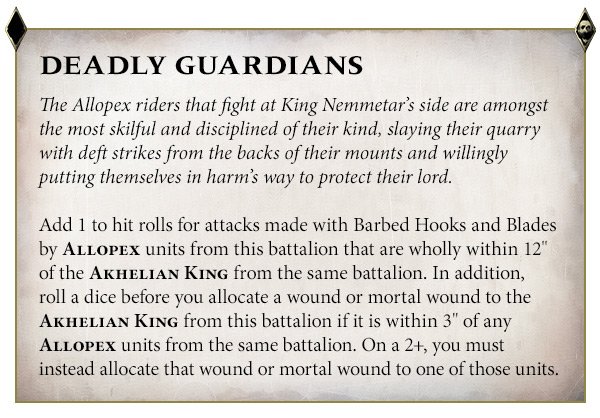 I’m sure this is just the tip of the…trident? Either way, I’m looking forward to what GW has planned for the Deepkin re-work ahead.

Oh you didn’t think Chaos would be sitting idly by as the forces of Order got all the attention, did you? Well the Slaves to Darkness are also getting some of those new rules within Broken Realms Morathi. 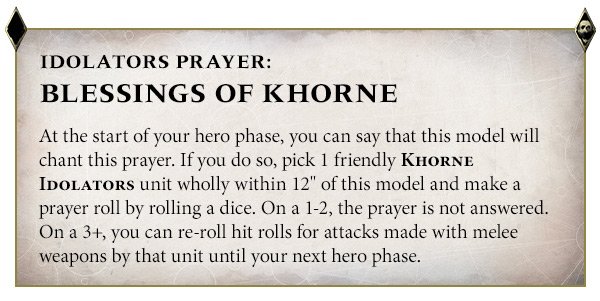 “The Broken Realms book lets you take the Idolator keyword when you use the Damned Legions battle trait. These armies represent the ultra-zealous mortal followers of Chaos who specialise in tearing down the idols of false gods, while their keyword gives you access to a range of new prayers among other benefits.”

There are prayers for the other dark gods of chaos so you can bet there will be something there for everyone! 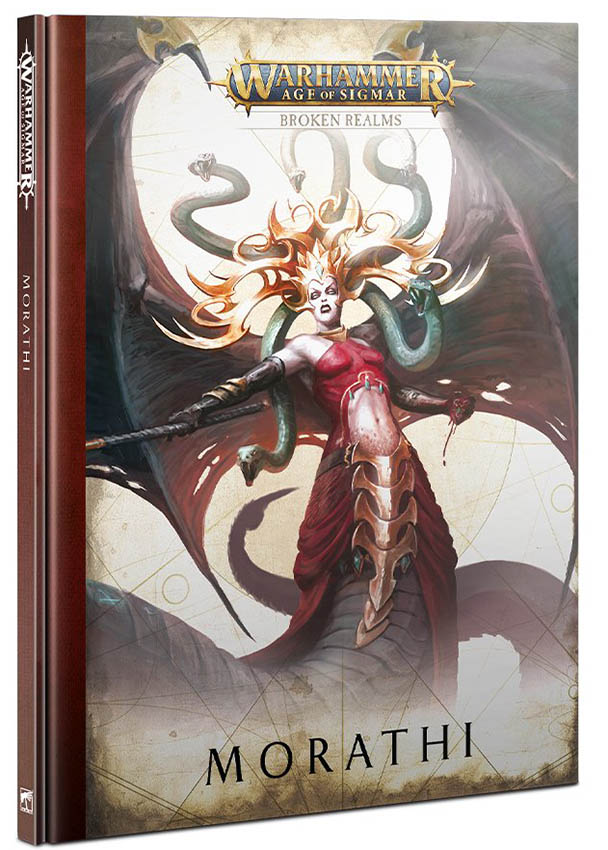 The new book goes up for pre-order this weekend!