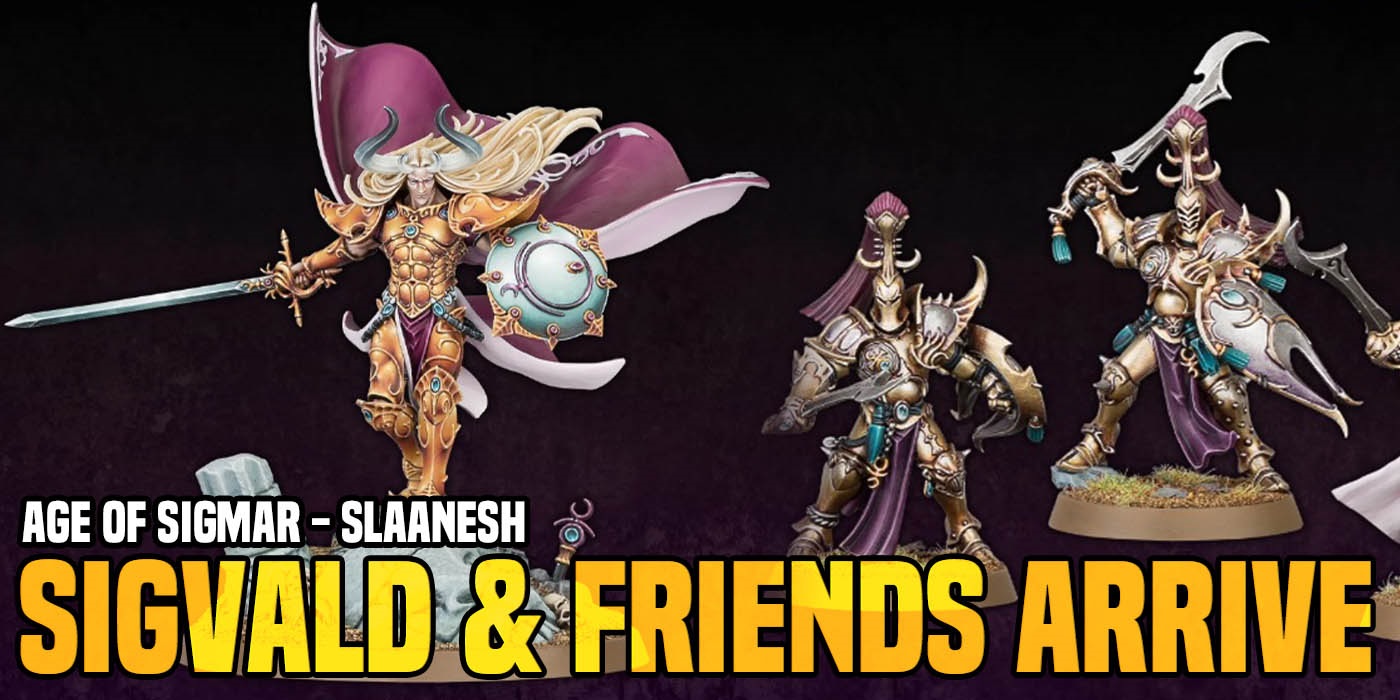 Sigvald the Magnificent is back! And GW did an amazing job updating this already impressive model for the Age of Sigmar. 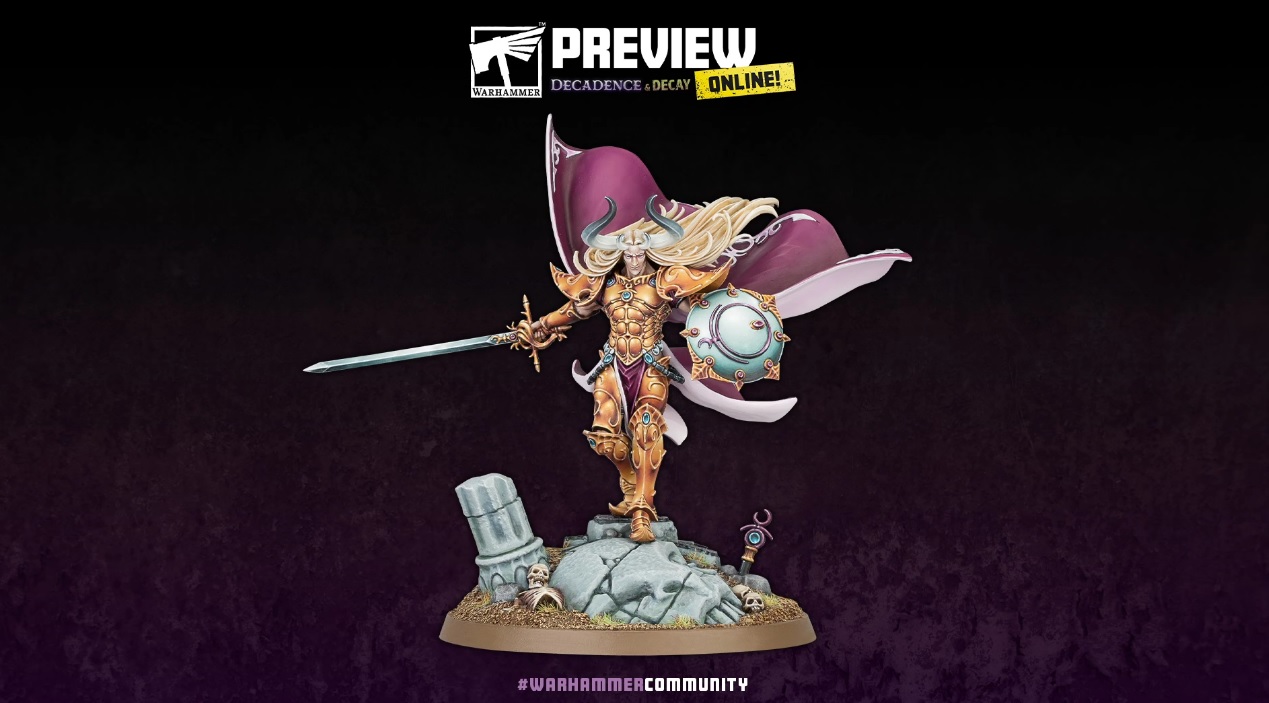 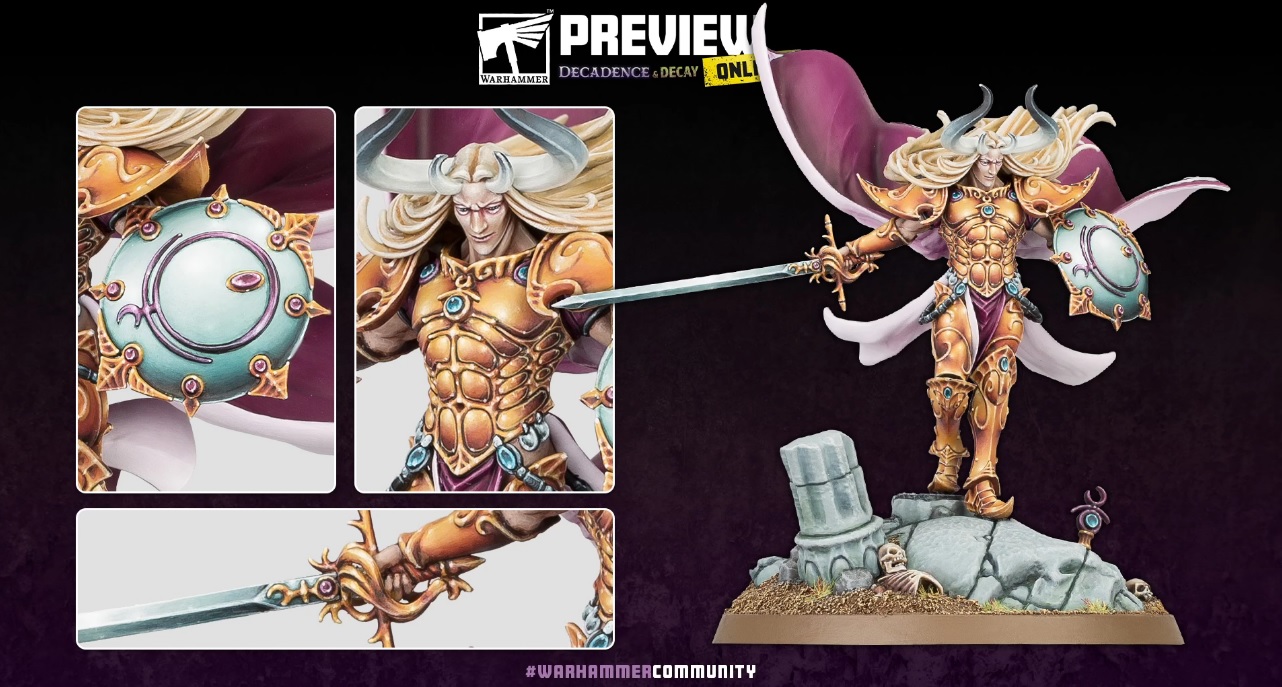 It’s quite the upgrade! Sigvald has horns now, which is a new thing for him – but the rest of the model…wow! It’s like they took the previous version and somehow managed to capture that essense and up the opulence yet again. And yes, the paint job on this model is certainly doing some work but it’s still an impressive model nonetheless! The new Champion of Slaanesh isn’t the only one that’s on the way either. 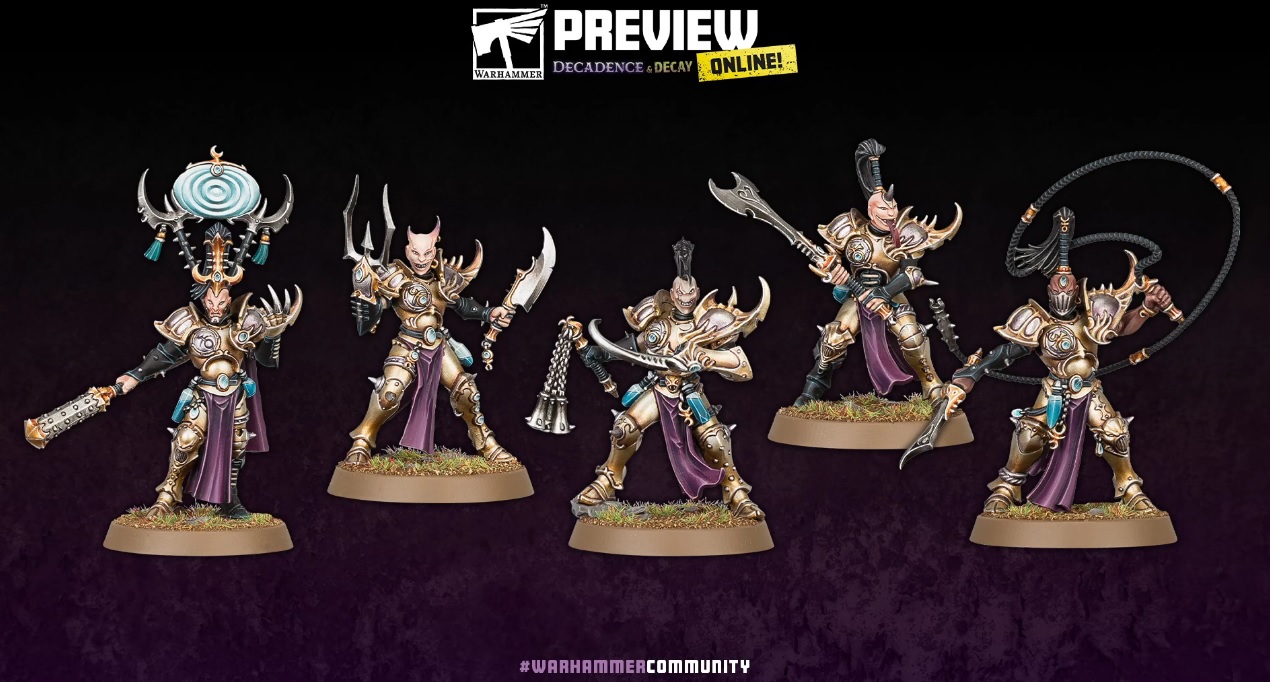 As the name implies, these are actually mortal followers of Slaanesh who have joined a pact with a Daemon to share their bodies in exchange for power. They are in fact twin souls in one body! You can see the daemonette influence in their faces and even their weapon options. Their claws resembling the daemonette claws and whips, too. Very cool! 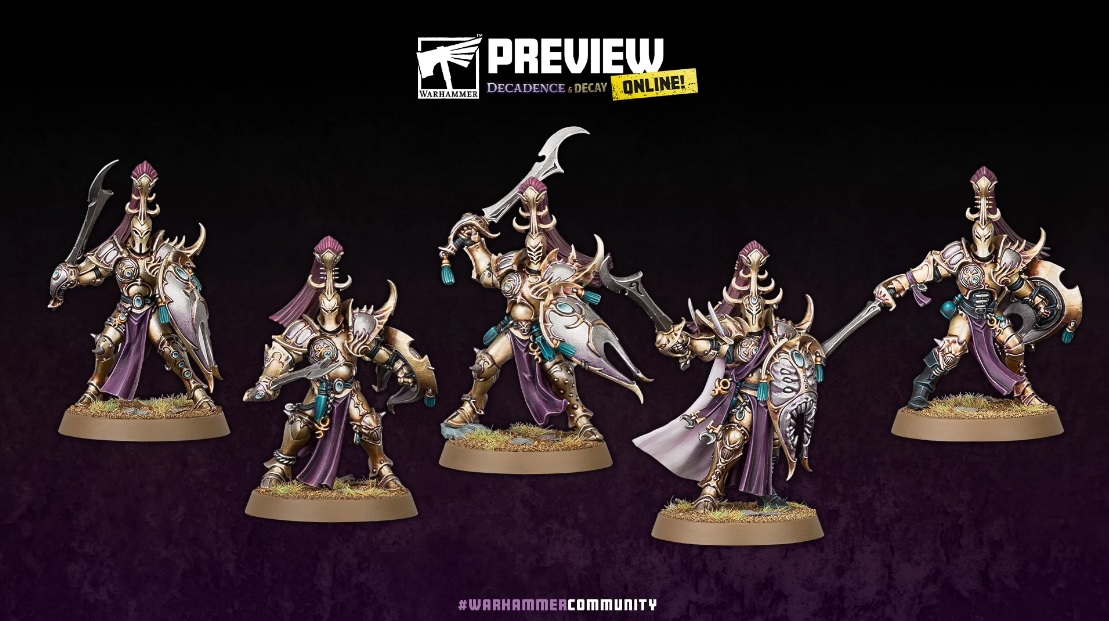 And we also have the Painbringers as well! From a distance they do look like golden warriors who might even be on the side of the good guys (looking at you Stormcast). But when you get a closer and start to notice the details, things take a chaotic twist. There is certainly a sinister vibe these guys give off. At the same time, the remind me of Chaos Warriors to an extent. Only they went the Slaanesh direction and upped the opulence (again, like Sigvald) and have that more slender, elegant Slaaneshi-vibe.

According the Warhammer Community team, this is one kit that makes two units so I’m betting they are going to have some excellent trade-bits for later. If you’re playing a Chaos army this is great news as these units do open up yet another playstyle for you. And if you want to go all in with Slaanesh, I’m sure these heavily armored units will make a great addition with a combined Slaanesh Daemon army. 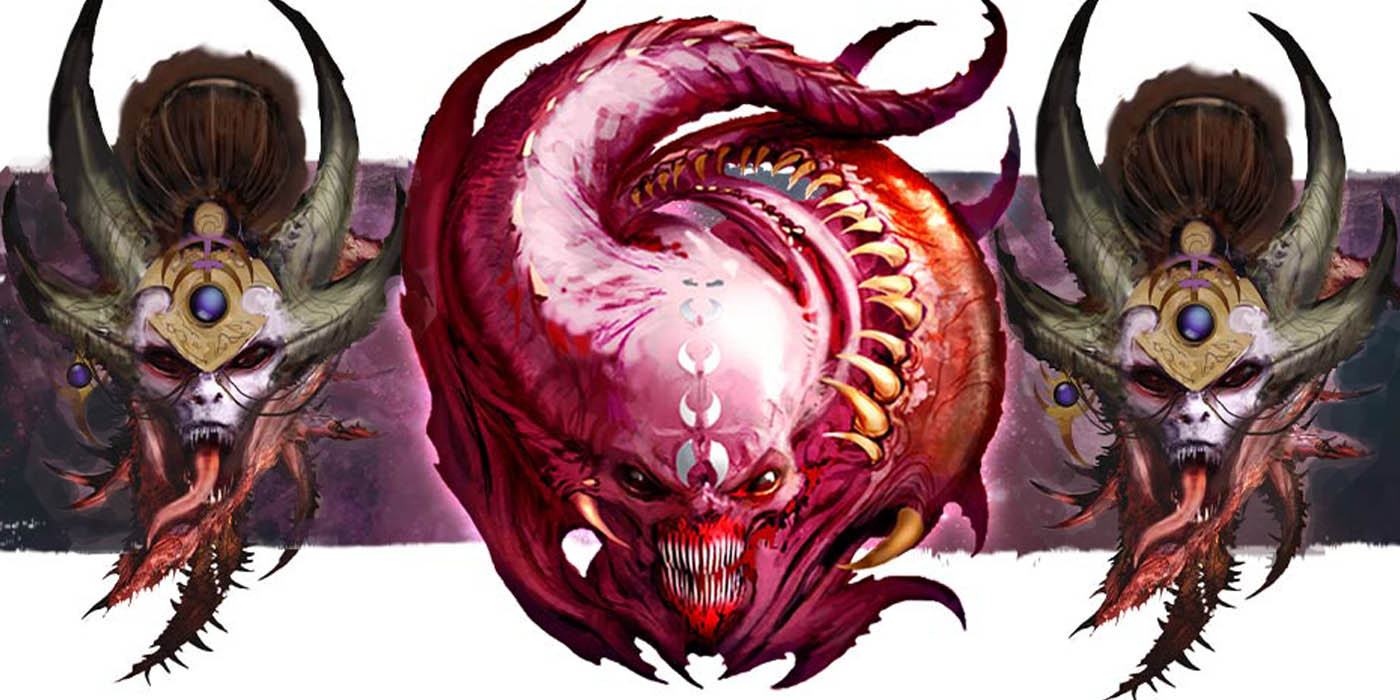 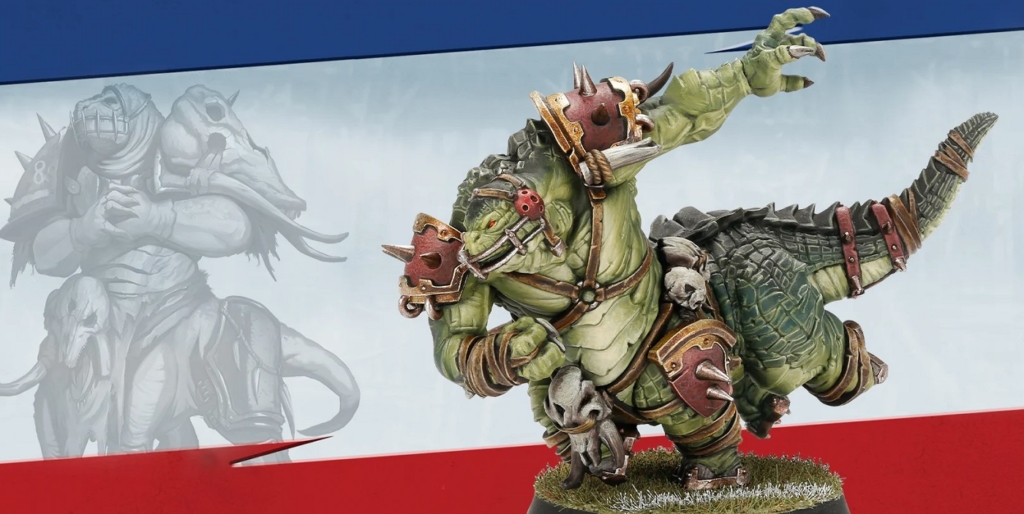