Want to find your way around Anvilgard? Good news, the newest book for Soulbound, the Age of Sigmar RPG, has your ticket to the frontier city.

The Cities of Sigmar, in addition to being a soupy army that provides the occasional speed bump for Flesh-Eater Court or Ossiarch Bonereaper armies on their way to dominance, are storied places in the Mortal Realms. In the halls of Hammerhal or Ghyrran you can find wonders beyond imagining.

At least until the newest book from Cubicle 7 hits, which you can grab today. The Anvilgard City Guide is your door to the Mortal Realms, and it’s available now as a PDF either on its own or as part of the Shadows in the Mist campaign. 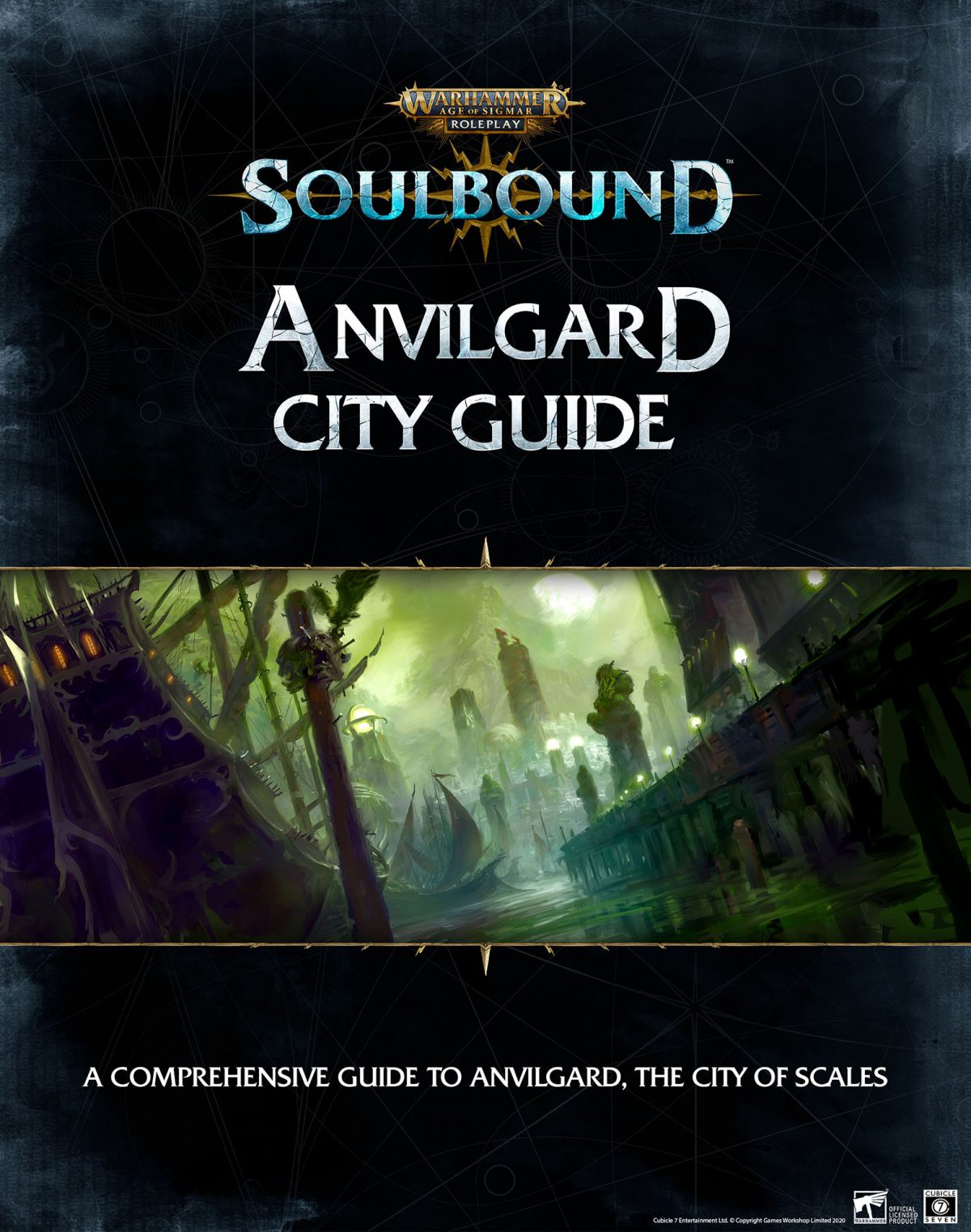 Through the mist lies a city unlike any other in the Mortal Realms, where even the shadows have claws. The God-King himself cannot see the darkness that lies there.

At the northernmost end of the Flamescar Plateau rise the Brutos Hills, a dense jungle-covered series of volcanic peaks that borders part of the infamous Charrwind Coast. Called the Crucible of Life, the area is filled with unruly plant life, dangerous beasts, hideous monsters, and huge lizards, along with the remains of kingdoms toppled by the same. Here lies Anvilgard, the City of Scales, a gloomy frontier port city on the edge of the Searing Sea. The streets of Anvilgard are forever wreathed in shadows, filled with a defoliant mist created by Ironweld alchemists to hold the rampant plant growth, which would otherwise overwhelm the city within days, in check.

The Anvilgard City Guide gives players and Gamemasters everything they need to adventure in the mist-shrouded streets of Anvilgard. Wander the city’s infamous black markets, visit the cacophonous Hammercroft smithing district, or test your skills in the deadly fighting pits.

The Anvilgard City Guide is included with the Shadows in the Mist campaign, which contains six exciting ready-to-play adventures set in the city of Anvilgard.

These adventures can be played as a complete campaign that sees the Soulbound uncover the truth of who — or what — is threatening Anvilgard, or can be used as individual standalone adventures.