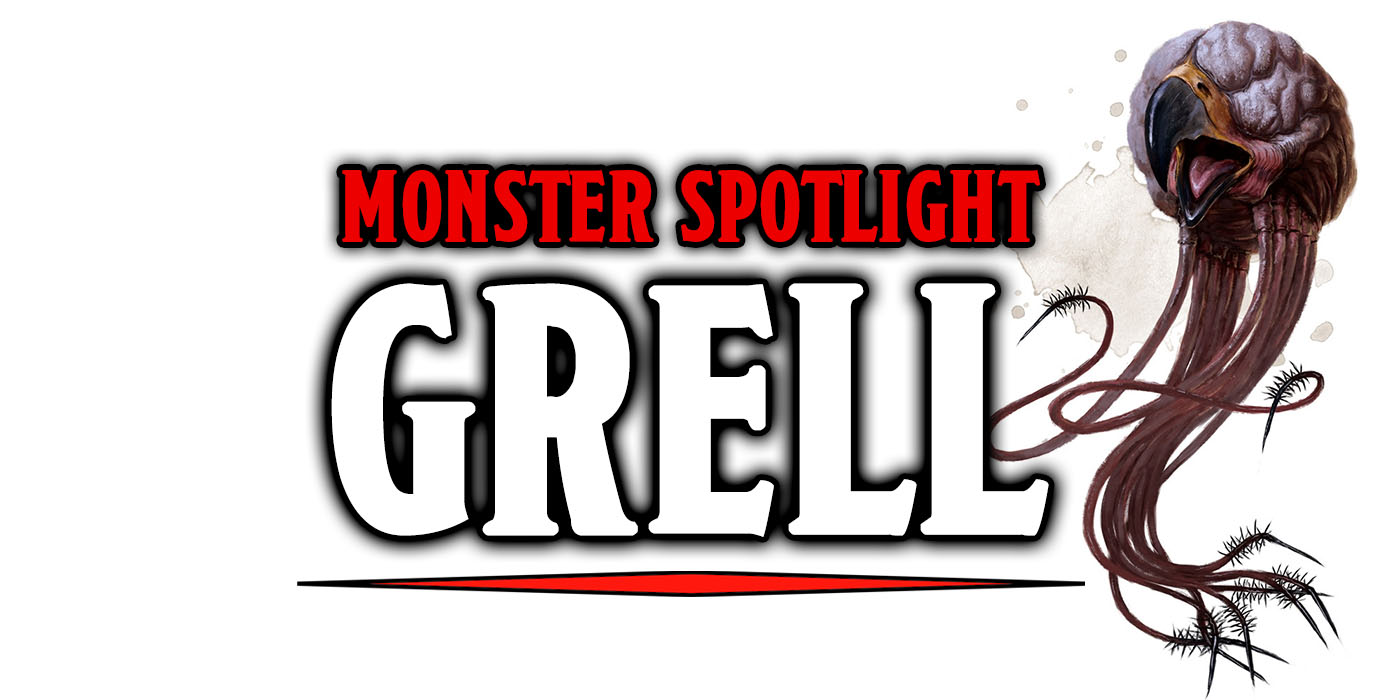 What has ten paralyzing tentacles, a beak, an exposed brain, and sometimes psychic powers? It’s the Grell and it wants to hug you from above. 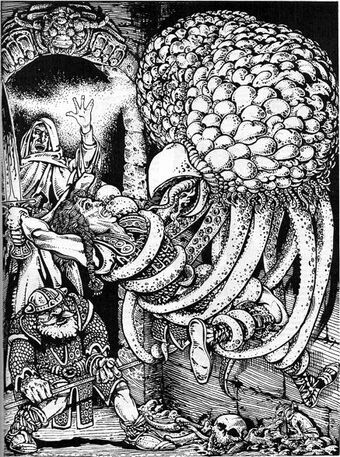 Grell are larger than you may think, but probably about as bad as you may guess. They prefer to live underground or in ruins or abandoned buildings, waiting to drop onto their victims from above where they have the greatest chance of completely enveloping them in their tentacles. Each of their ten tentacles inflicts separate damage and can inject paralyzing venom. How many tickles does it take to make a grell laugh? Ten tickles! (I’m sorry.) 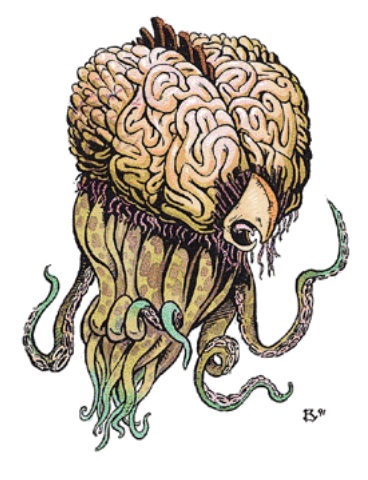 To make grell just a little weirder, second edition lets you know that they communicate in a language of birdlike squawks, and sometimes live in colonies similar to ants or bees. So they’re flying bird-bee-squid-brain monsters. The “soldier” grell will sometimes use weapons such as spears and only use their beaks to attack a victim who has already been paralyzed. They live in a hierarchy including soldiers, workers, rogues, philosophers, and of course the patriarch. 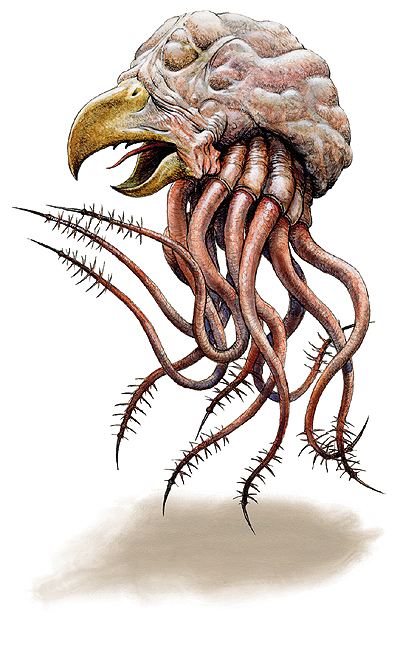 Grell are cunning attackers, sometimes silently stalking a party of adventurers from the shadows until they split up enough for it to feel confident in its chances of attack, or they are suitably distracted by another hazard and the grell can them unaware of it grabbing and dragging away one of the party unnoticed. When they are engaged with an entire party, however, a grell can attack as many people as it has tentacles to sting and paralyze with. Also, if you’re wondering how they see with no eyes, third edition tells us that they don’t! Grell “see” with a combination of scent and vibration sort of like echolocation. So a flying bird-bee-squid-brain-bat monsters. 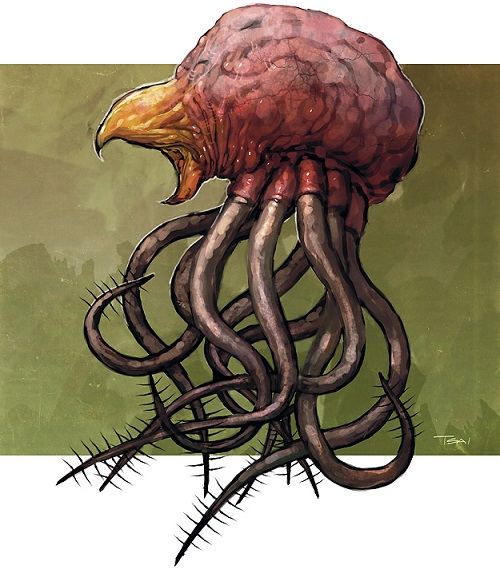 Now they’re psychic! 4E is quick to tell us that the blind grell get around because they can sense their surroundings psychically. They are also often feral, y’know, like cats. Grell philosophers are still around and seemingly smarter than the average grell. They allow their smaller kin to jump into melee and use lighting and psychic damage from a distance, saving their own tentacle attacks until the foe manages to come closer and they need to resort to physical fighting. 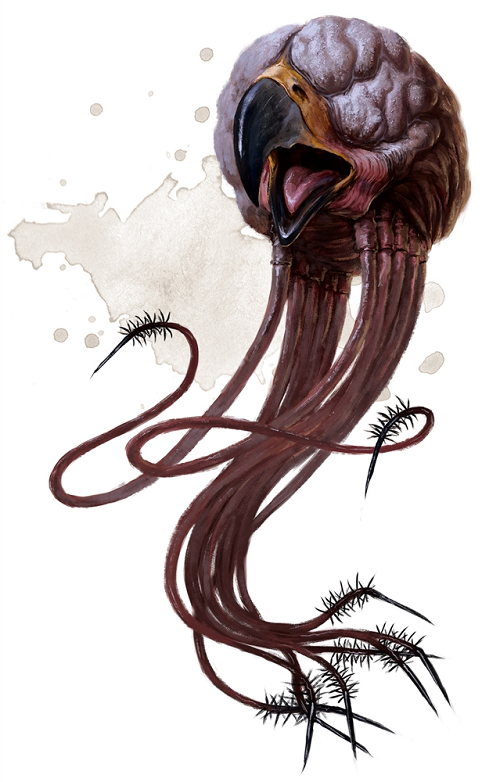 Grell honestly change very little for fifth edition. They don’t seem to be psychic anymore, noting their skin being sensitive to vibration and changes in the electrical field around them once more. But their organizational system for other creatures is interesting and funny and worth nothing. Everything is either edible, inedible, or something that will consider the grell edible. Which seems completely factual and is probably the most important way for a grell to compartmentalize the world, but sort of funny nonetheless.

Have you encountered a grell? How how did you find their ambush attacks? Did you happen to find a psychic grell or a garden variety vibration feeling one? Let us know in the comments!