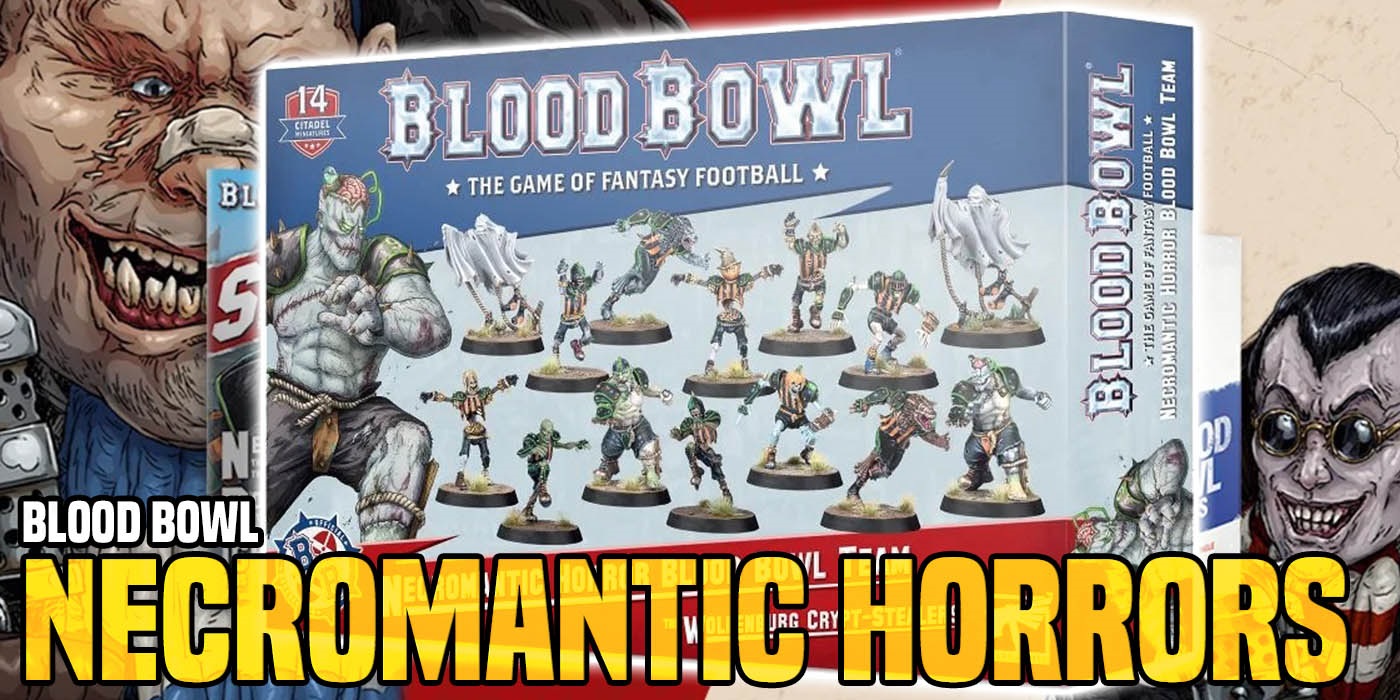 There is a spooky new team coming to Blood Bowl! Little late for Halloween – but perfect for scaring out a win on the pitch.

The Necromantic Horrors are taking to the turf and they have some spooky good models. And if you’re going to play them, you’re probably going to want to snag a copy of Spike Magazine issue #11.

Bump In The Night… 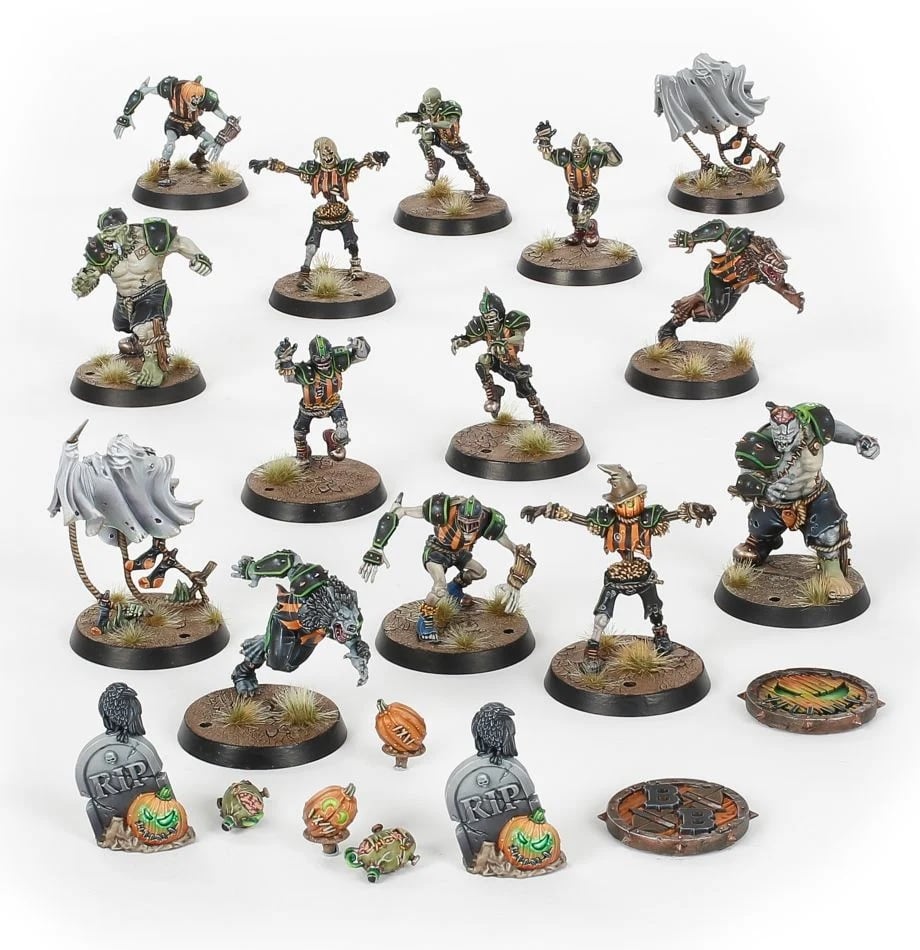 The Necromantic Horror team is clearly a callback to some of the old school horror tropes and classic monsters from the movies. We’ve got a “Flesh Golem” which is clearly a spin of Frankenstein’s monster. The Wolfman is here. And of course we have the ghouls and ghosties. Personally, I really like the Werewolf model. It’s a great model in terms of its pose and dynamics as well. I’m also a fan of the Flesh Golem, too. It’s got that creepy stitched together look. I dig it!

Now, aside from the cool models – I would also say that if you plan on playing this time, I highly recommend picking up the Spike Magazine with it as well. The reason is all of the extra rules inside. It’s pretty much dedicated to the Necromatic Horror Team and all their star players and such. So while it’s not exactly mandatory to get it, you might as well snag it as well. 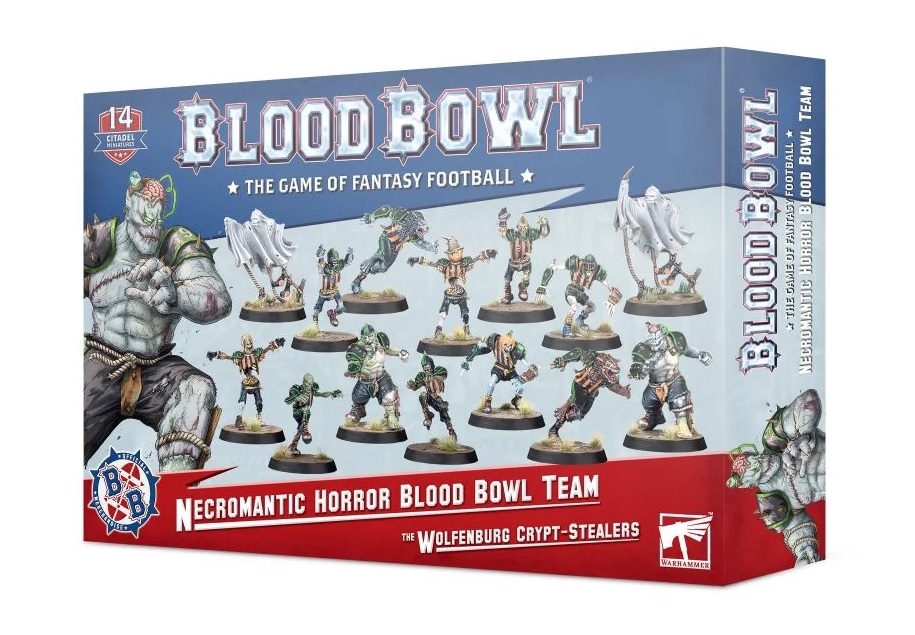 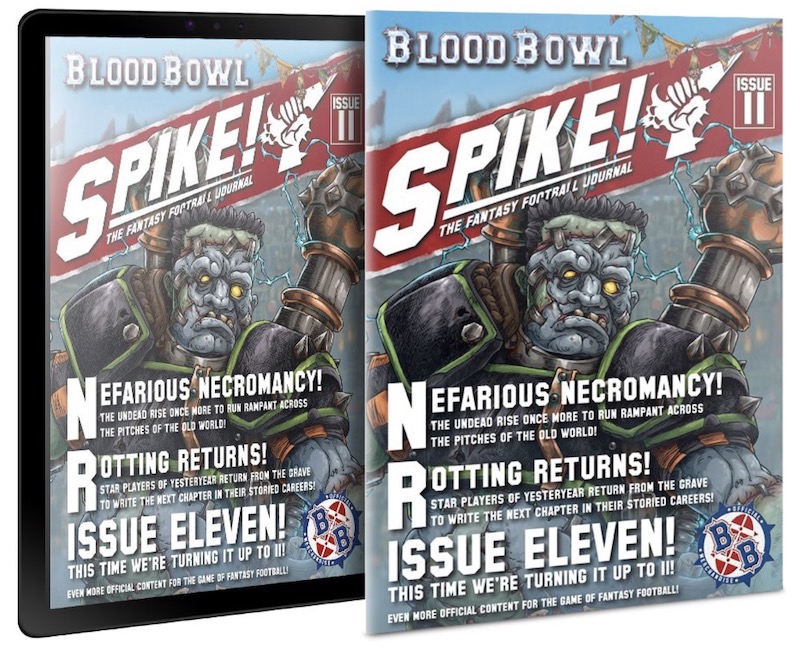 The 36 pages of this dusty tome are stuffed with all manner of dark humour, rules to raise your team (from the grave), and advice to guide them to victory. As the first Spike! Journal to be published after the new edition of Blood Bowl, the content has been adjusted ever so slightly, but it will feel quite familiar to long-time sports fans.

Howl at the moon while there is blood on the pitch!

Author: Adam Harrison
Writer, Editor, Texas Native, and Austinite for 15+ years, Adam covers all things Tabletop Gaming. Which includes Warhammer 40,000, Age of Sigmar, D&D, Board Games and everything else that involves dice, boards, cards and a table. A hobbyist, player, and collector of miniatures and games, Adam's current obsession are his Death Armies for Age of Sigmar, his Blood Angels and Tyranids for 40k, and his ever growing Arkham Horror: The Card Game Collection.
Advertisement
BloodBowl Games Workshop Miniatures Tabletop News Unboxing Videos
Advertisement

Outside the Box - November 13th 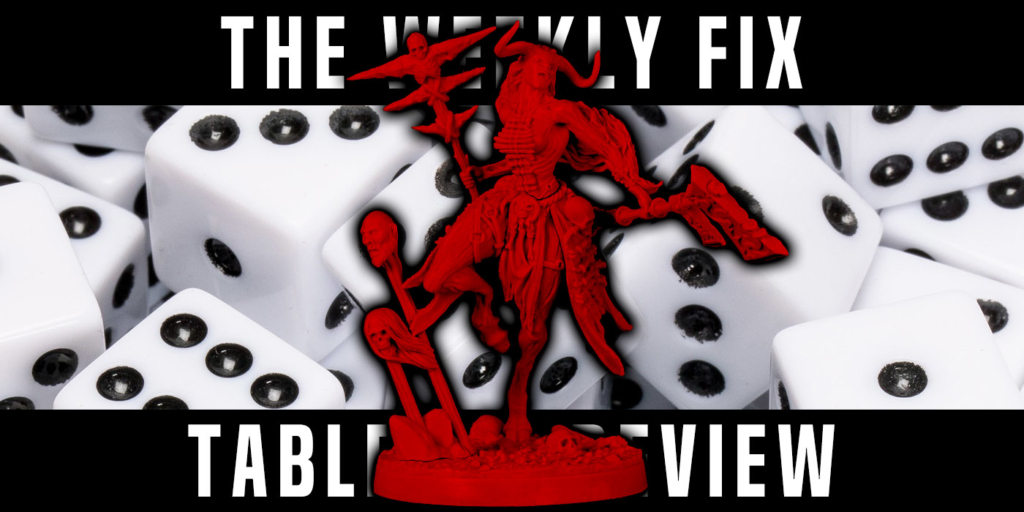