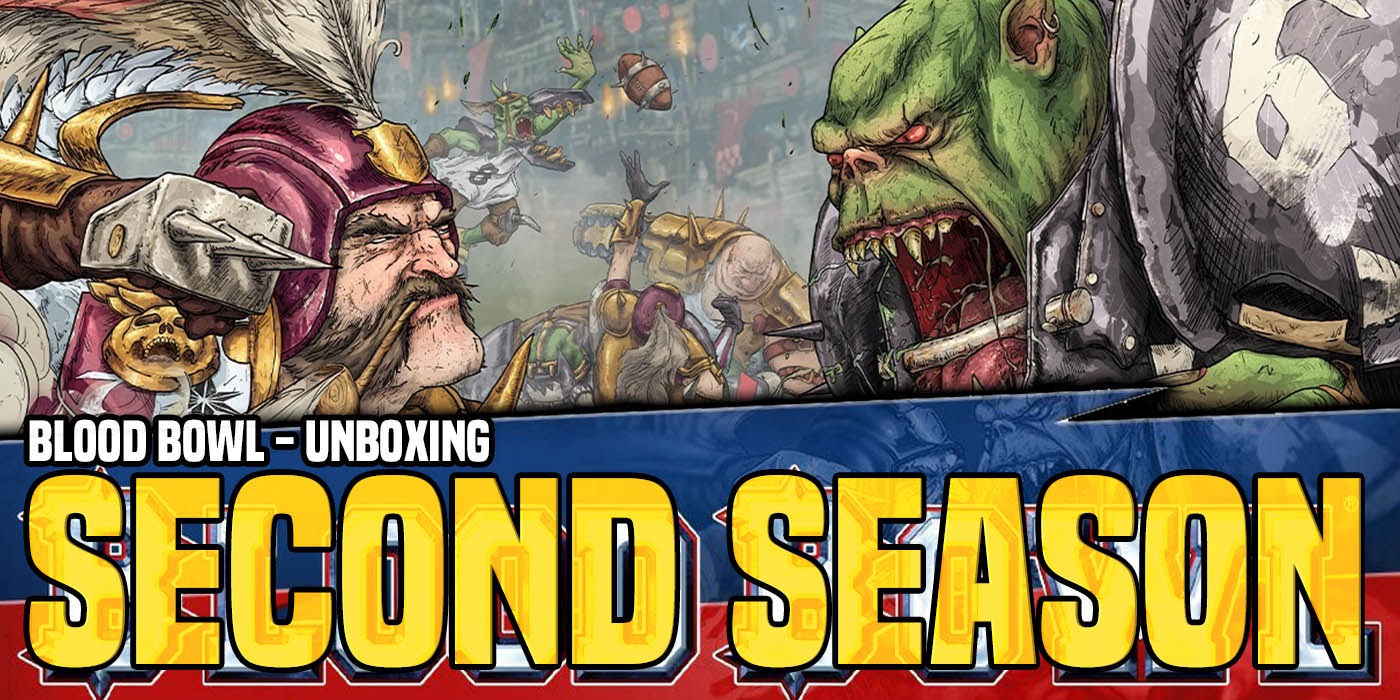 The next season of Blood Bowl is coming and it’s got rules changes, team tweaks, and some new models – check out the new box!

It’s Fantasy Football at it’s finest! Blood Bowl is back with a new Second Season box and it’s packed full of all the things new players need and veteran players will appreciate:

Blood Bowl – Return To The Pitch

This new boxed set has everything you need to start playing Blood Bowl. We’ve covered some of the changes in the video and even done a primer article on those changes as well. Basically, there are some statline changes and every team got a tune-up. Some teams got overhauls as well. There is even a new tier rating system that helps to classify the team’s overall difficulty/forgiveness as well. All things that are designed to streamline the game and make it more inviting for new players. 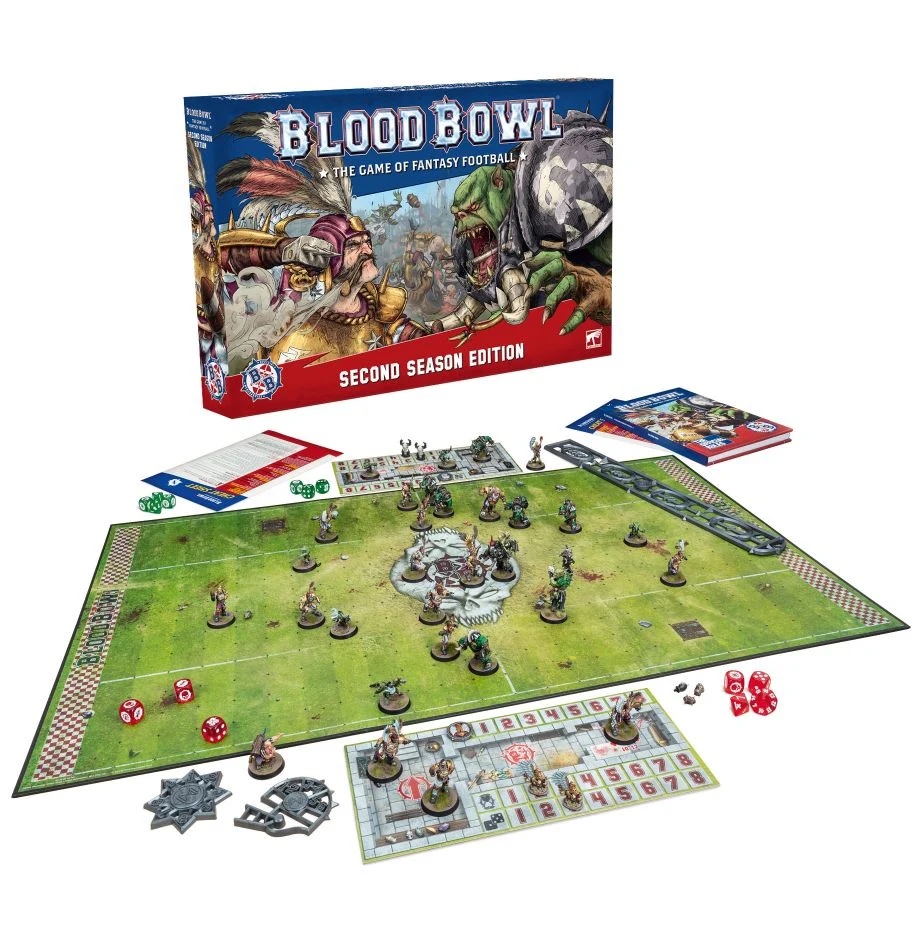 So What’s In The Box?

Everything you see in the picture above. You’ve got two teams – the Imperial Nobles and a Black Orc team. There are a pair of star players in there as well as “Big Guys” for both teams, too. You get the double-side board (aka the Pitch), two double-sided dugouts, dice for both teams, a passing rangefinder two cheat-sheets (one for each team) and the full sized hardcover rule book. It’s a LOT of stuff. 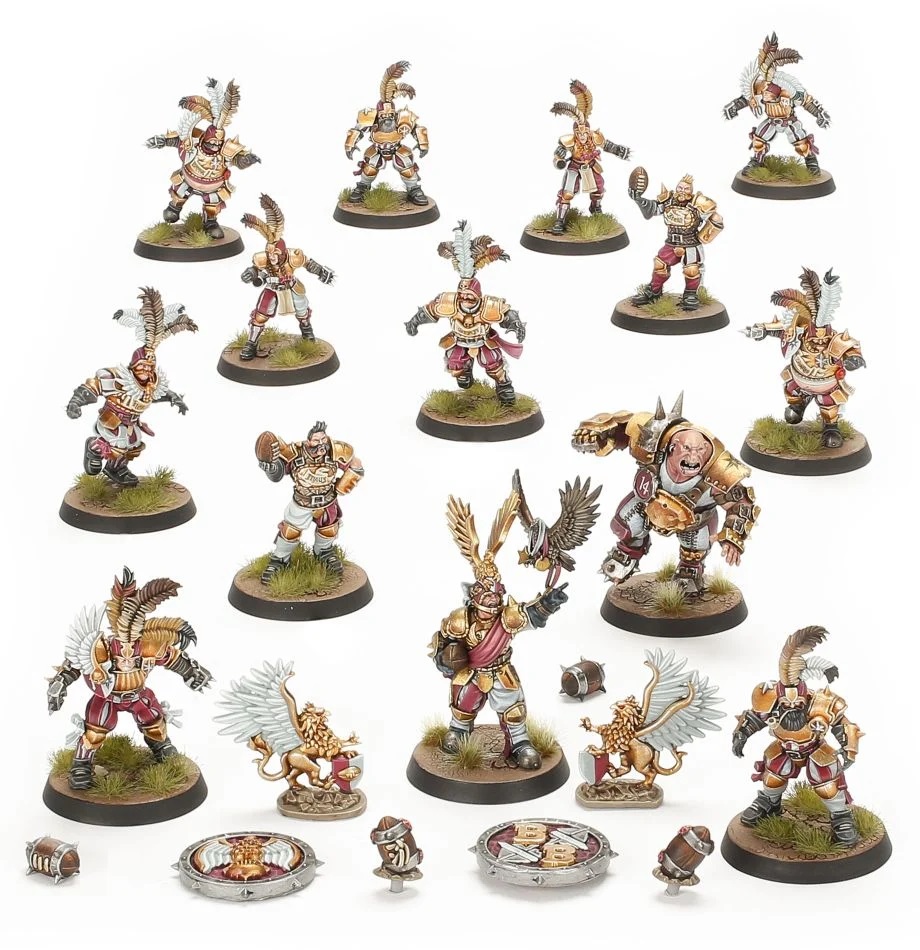 The two teams are pretty fairly balanced – it’s a classic match-up really. In fact, this is basically a “fancy” version of the previous starter box. It’s still Orcs vs Humans only this time around, it’s the fancy Imperial Nobles and the hardier Black Orcs. Personally, I appreciate the fact that GW decided to swap out the teams by creating two brand new ones. 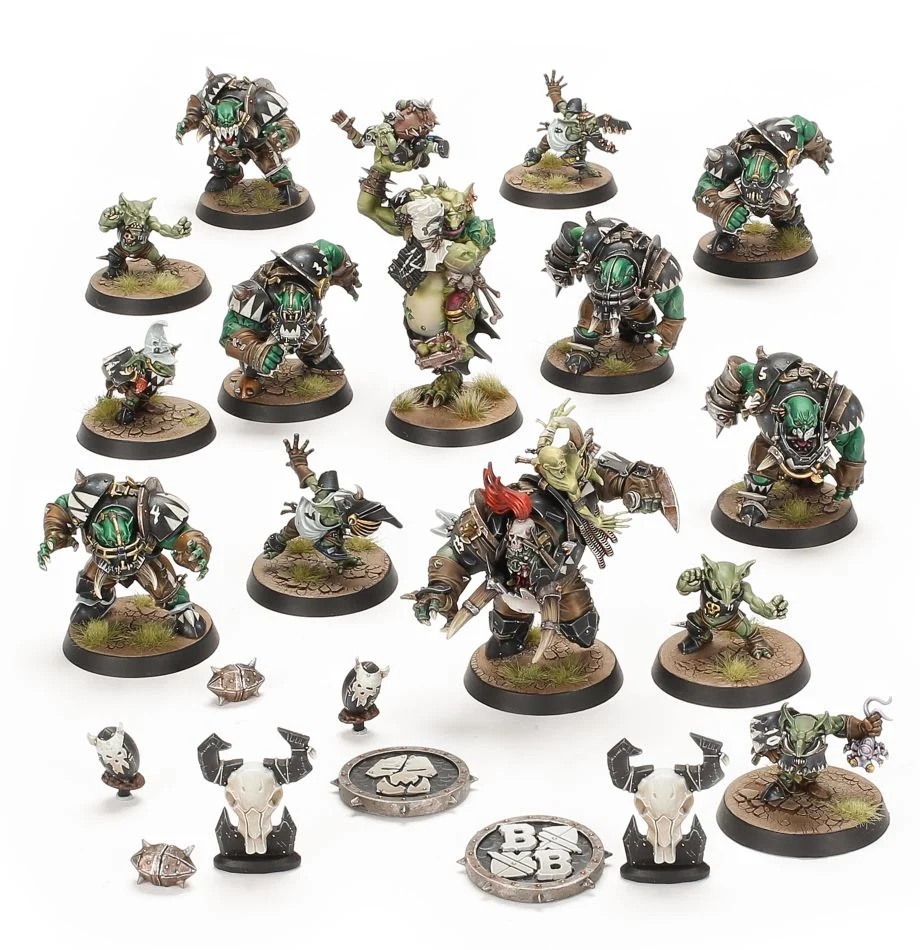 Blood Bowl as a board game has been around for awhile. The re-launch of it has been a steady part of the GW catalogue as well. New teams come out fairly regularly and at this point the team roster is over 20 teams! There’s bound to be a team that will fit your playstyle. 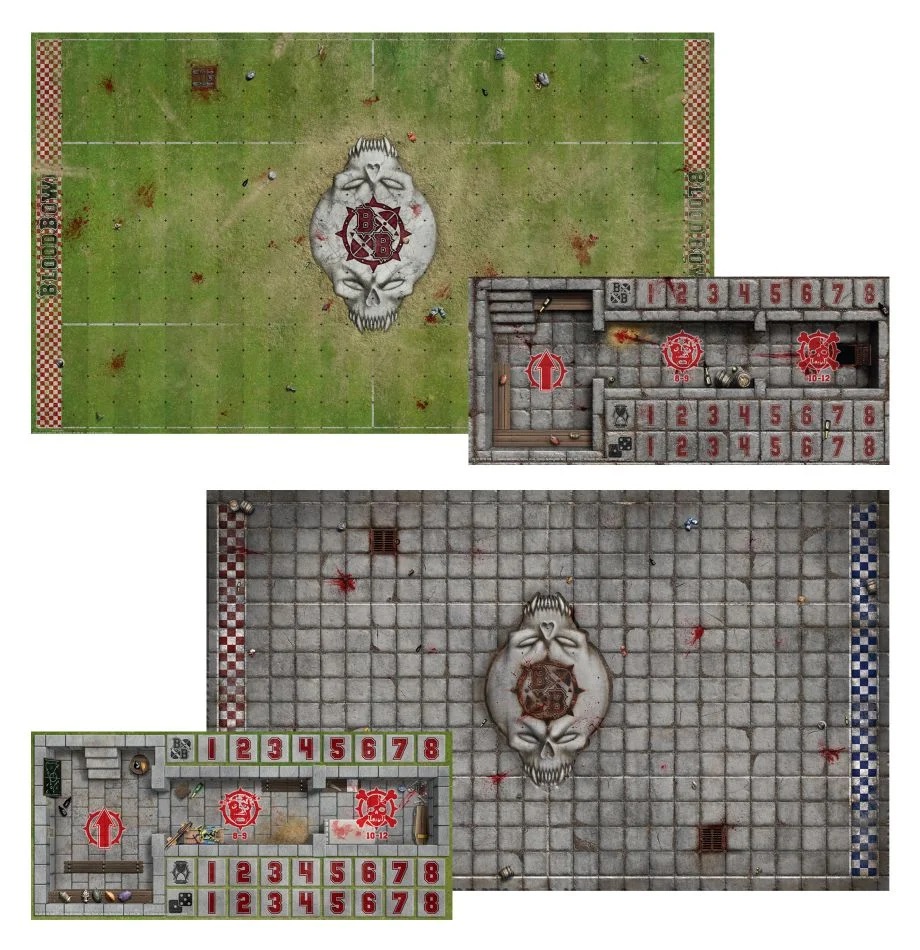 Overall, this is a great entry point for Blood Bowl. If you’re brand new, it’s got two teams so you can pick it up and learn with a friend. If you’re an old veteran coach, both teams are new and while the will probably get a boxed release later, if you want to get them now along with the new boards, dice, and rulebook, then this seems like a no-brainer. 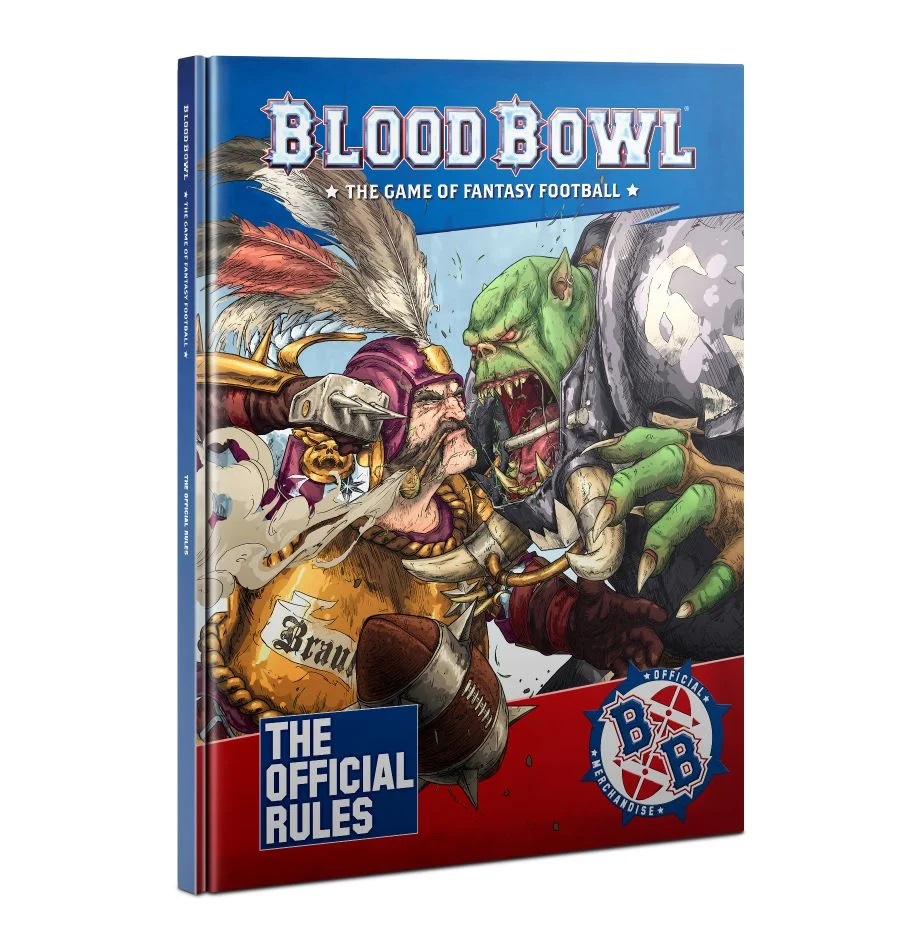 Blood Bowl Second Season is up for Pre-Order this weekend from GW. It’s a great game to play with like-minded players in a store league so check with your FLGS and see if they have any leagues running! 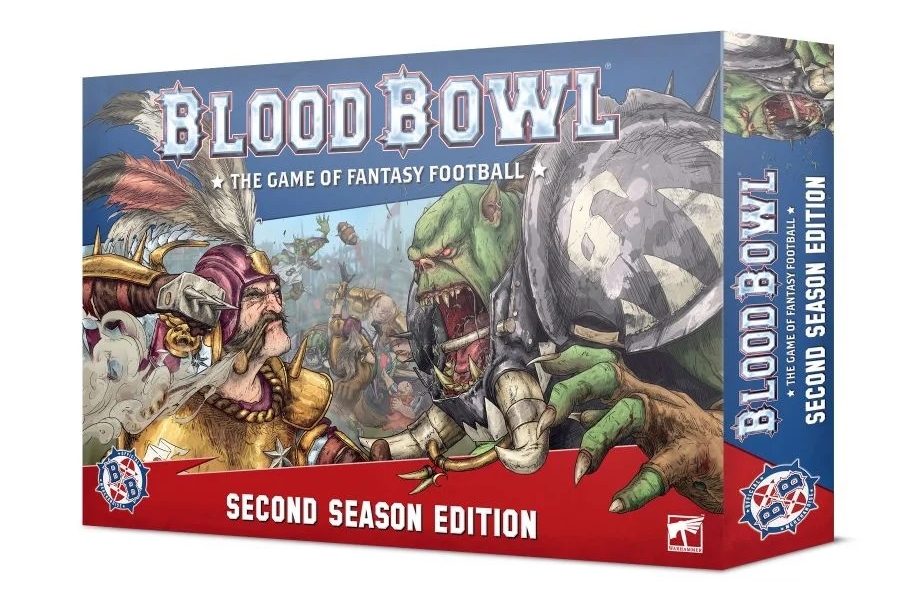 Inside the box you’ll find:

Victory or Defeat – it’s going to be bloody either way!

Author: Adam Harrison
Writer, Editor, Texas Native, and Austinite for 15+ years, Adam covers all things Tabletop Gaming. Which includes Warhammer 40,000, Age of Sigmar, D&D, Board Games and everything else that involves dice, boards, cards and a table. A hobbyist, player, and collector of miniatures and games, Adam's current obsession are his Death Armies for Age of Sigmar, his Blood Angels and Tyranids for 40k, and his ever growing Arkham Horror: The Card Game Collection.
Advertisement
BloodBowl Board Games Games Workshop Miniatures Tabletop News Warhammer Fantasy
Advertisement 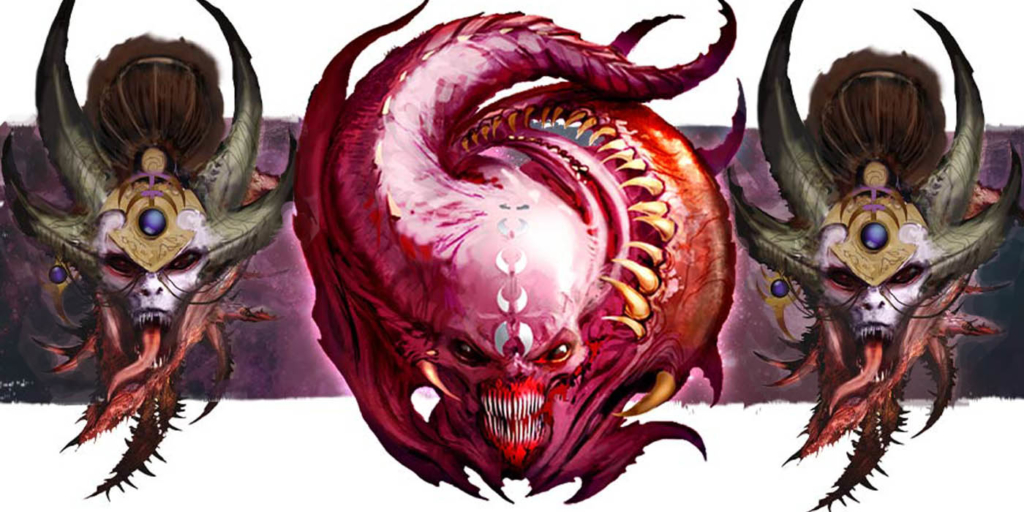