BoLS Prime: The Life And Times Of Gary Gygax 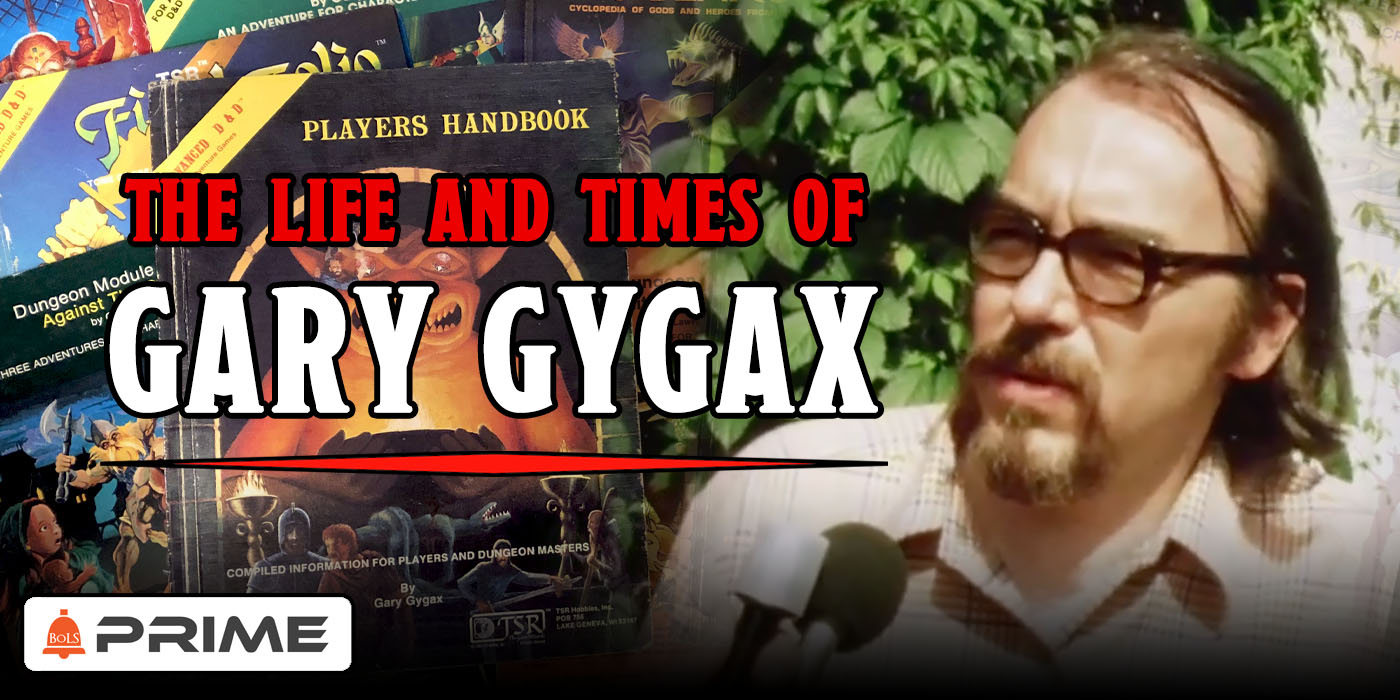 Gary Gygax is a name synonymous with early D&D. But where did the game designer who founded a genre get his start?

Dungeons & Dragons changed the gaming landscape forever, quickly rising from its humble beginnings in the wargaming scene of the late sixties and early seventies, to create an entire industry, atop which it still rules to this day. But that was not always the case. There was a time when the fate of D&D was linked inexorably to a company full of meteoric rises and equally as titanic crashes. But who linked their fates? Though D&D has two creators, Dave Arneson and Gary Gygax, it is the latter who helped launch D&D onto the scene, and to who D&D seemed intertwined. But how did Gygax create D&D? How did he part from it? And what became of one of the two founding fathers of RPGs?

Let's find out. Let's first go back to where it all begins--which in Gygax' case is Chicago in 1938. There, he is born to Almina Emelie "Posey" and Ernst Gygax. Though he's named Ernest after his father, most know him as Gary Gygax, thanks to his mother, who named him after Hollywood heartthrob Gary Cooper. There, he grew up four blocks from Wrigley Field:
I was born in Chicago about four blocks from Wrigly Field--the Bears played there back in those days... Because my maternal family has been in Lake Geneva since c. 1836, I don't hate the Packers. Fa...