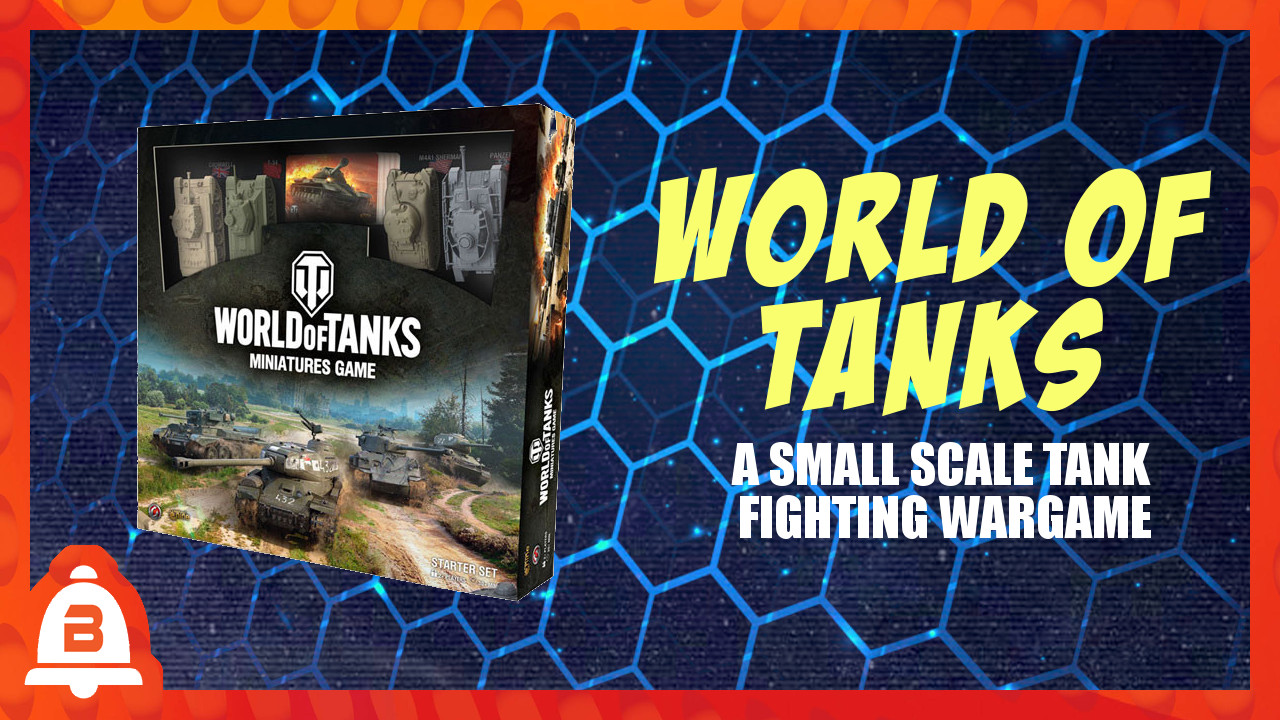 Based on the video game of the same name, the World of Tanks miniatures wargame is quick to learn and play, and fully customizable.

Outfit your tank platoon to your specifications, pick your crew, and command them to victory in this quick to learn and fast to play wargame.

World of Tanks is a competitive miniatures wargame which, like most wargames, is a set of rules by which you can play whatever scenario you can imagine. Although the rulebook in the starter box does offer some suggestions, like Base Capture, a King of the Hill type, and others. 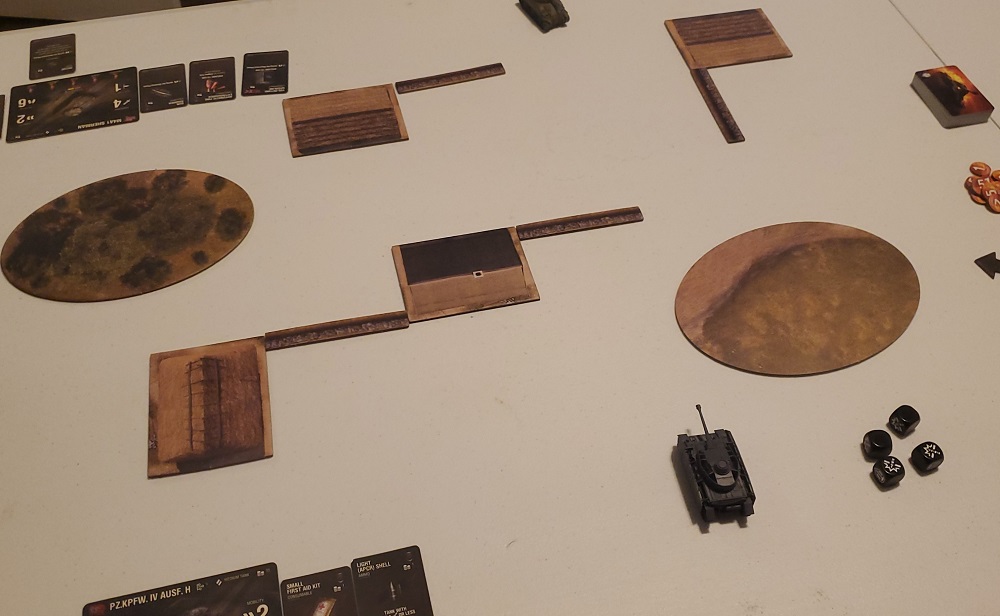 The main draw of World of Tanks is, obviously the tanks. The starter box comes with 4 tanks to choose from and plenty of upgrades card to use with them. 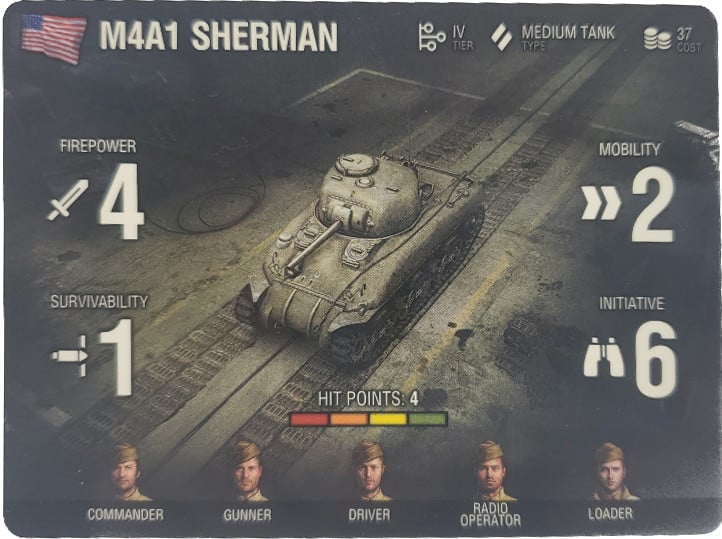 Every tank and upgrade has a cost associated with it, in the upper right of the card. Players decide ahead of time what the cost of the game will be, and design their platoon up to that limit. The rulebook suggests 200 as a typical game and 50 for a quick skirmish. 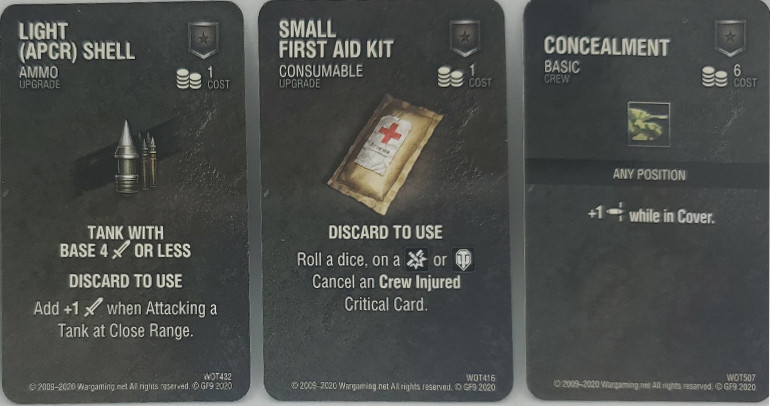 Once the players have their platoons ready, the battleground is built with the various terrain features, and tanks are deployed. Each terrain feature has rules describing how they interact with the tanks around them, but mostly they block line of sight or provide cover. Forests and Buildings block line of sight, but Forests can be driven through. Hills and Walls grant a Hull Down defense bonus if a tank is safely stationed behind, but Walls are destroyed once they are fired upon.

Movement in World of Tanks uses a Measuring Arrow. The player places the arrow so any part of it is touching the tank, then moves the tank so its edge is touching the length of the arrow, up to the notch by the tip.

Moving grants a bonus to defense, but a penalty to attack. Plus remaining stationery allows that tank to reroll all misses on its attack that turn. When attacking, players use custom dice and are looking for Hits (the penetrating bullet) or Critical Hits (the World of Tanks logo).

The attacker rolls their die pool, using their Penetration stat, as well as any relevant bonuses. The defender uses the Survivability stat plus bonuses for having moved, bonuses if the attacker also moved, bonus for being in cover, but then loses a die for being in close range or being attacked from the side. The attacking and defending player compare the die rolls, canceling out hits and crits with each other. Being Hull Down allows the defender to automatically cancel any hit. Any remaining hits deal 1 damage and any remaining crits force the defender to draw a Critical Damage card. 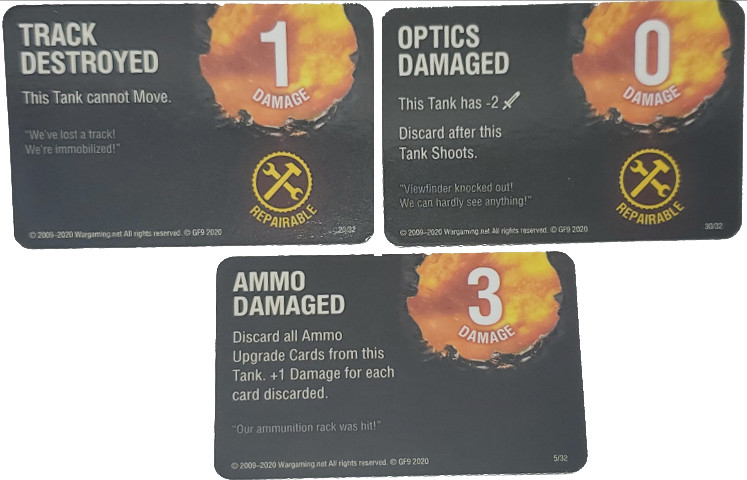 Players take turns back and forth trying to blow each other up or vying to be the first to win whatever win conditions were set at the start of the game. Like most wargames, the scenario guidelines are up to the players.

World of Tanks is quick to set up and play and provides a great level of tactics and strategy, thanks in no small part to the selection of upgrades provided. With the upcoming expansion packs providing even more tanks to play with, the customization options are limitless (just figuratively, but still there is a lot). 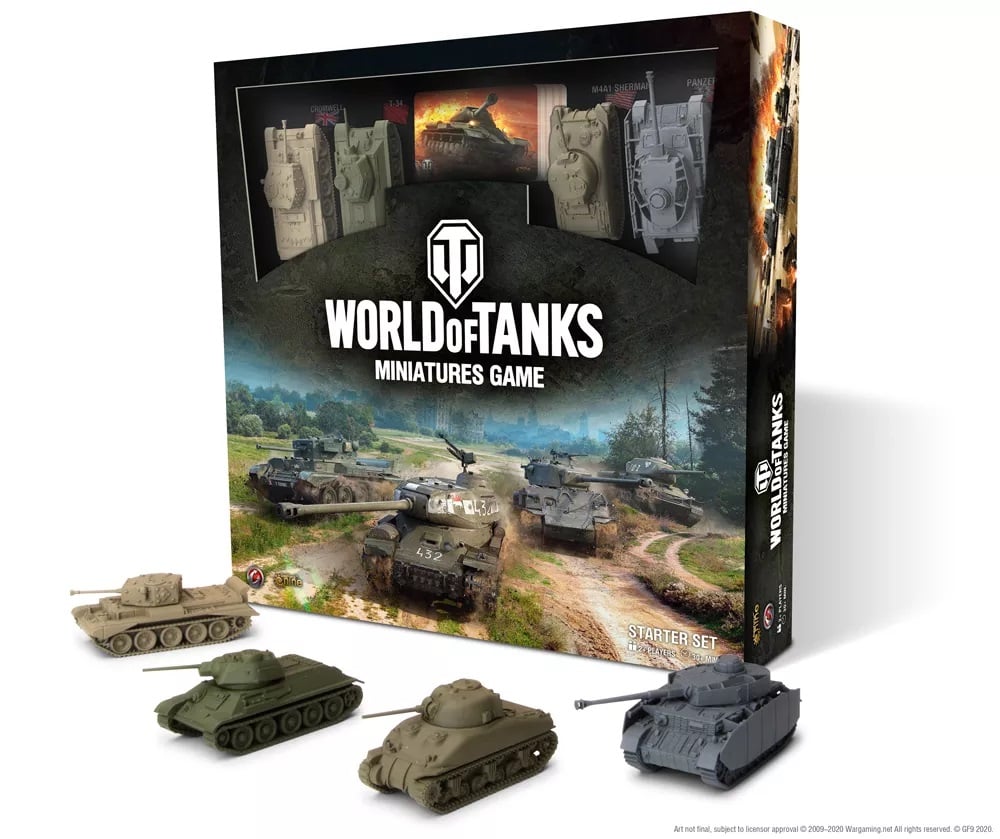 The World of Tanks: Miniatures Game is an easy to learn, quick play, small scale tabletop game. You take command of a Tank Platoon, seeking to destroy your opponent’s tanks and secure victory. It is a fast and furious, do-or-die game – In half an hour you can pick your tanks and crew, upgrade them to your specifications, defeat your enemy (or die trying), and be ready for the rematch!

Players of the online sensation World of Tanks will instantly feel at home, recognizing the tanks and terminology from the game, whilst players that have yet to try the game, will be able to quickly pick up the skills and tactics needed to compete with even the most harden combat veteran.

Author: Matt Sall
Matt has loved games of all kinds his whole life: board, video, war, roleplaying. He's worked as a writer for BoLS since 2017. He's worked as freelance editor for board game rulebooks and has designed many of his own games as well.
Advertisement
Gale Force 9 Miniatures Rules Tabletop News Videos Wargames
Advertisement 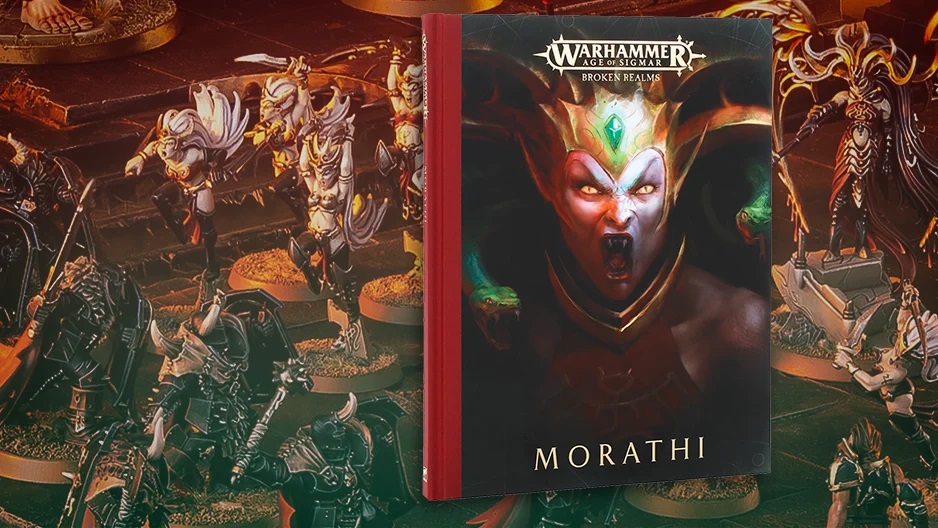