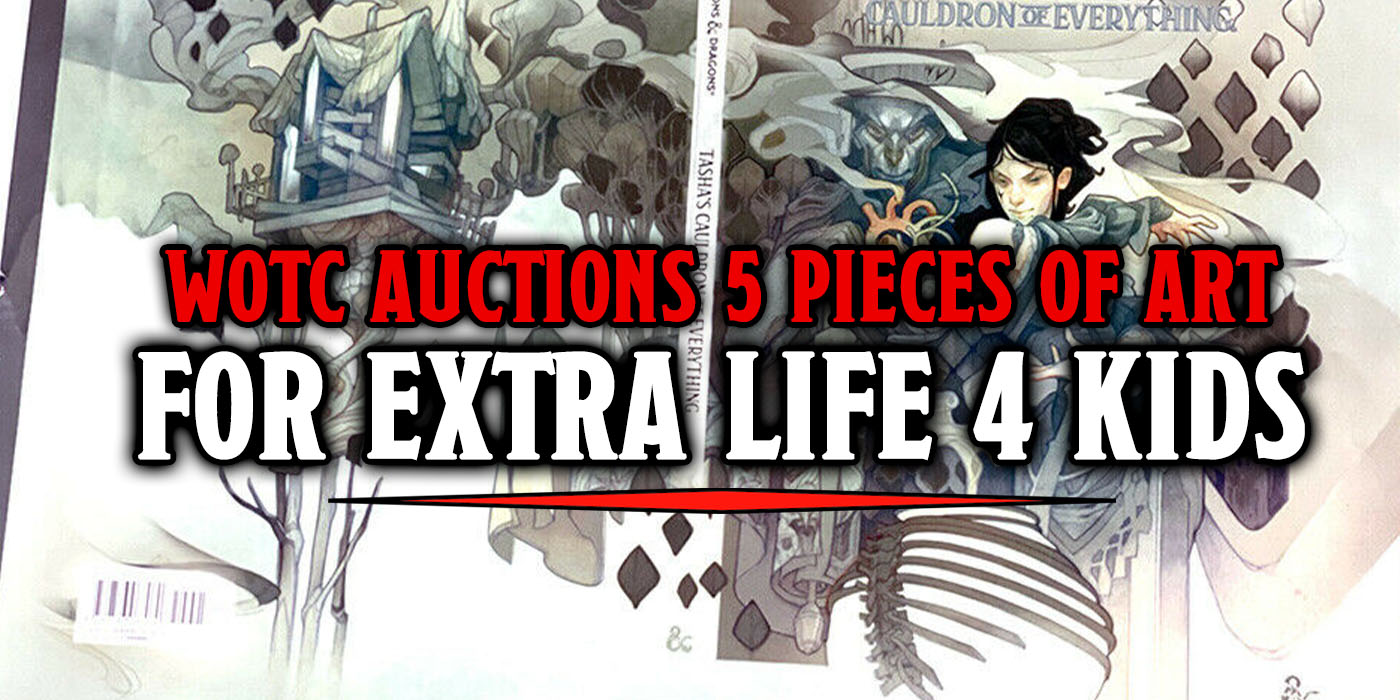 Wizards of the Coast and Extra Life for Kids have joined forces to bring you one of a kind D&D art and smiles to the Children’s Miracle Network Hospitals.

This week Wizards of the Coast is auctioning off five unique Dungeons and Dragons cover art galleys with a hundred percent of proceeds benefiting Extra Life 4 Kids and the Seattle Children’s Hospital. The auctions, which are currently live and hosted on EBay, will be accepting bids through this coming Tuesday the 17th at noon EST. 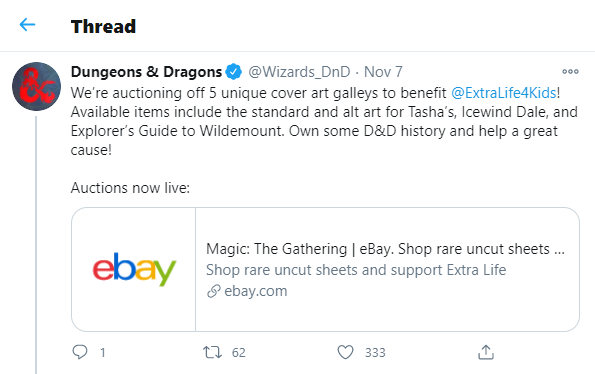 The auctions feature the in progress cover art for published Dungeons and Dragons fifth edition books, and as examples of in progress artwork they are each one of a kind and feature the covers before some minor edits. The five gallery proofs you can try to win this week include the Explorer’s Guide to Wildemount featuring art by Karl Kerschl, the standard cover for Icewind Dale Rime of the Frostmaiden featuring art by Tyler Jacobson, the alternative cover for Icewind Dale featuring art by Hydro74, the standard cover art for upcoming Tasha’s Cauldron of Everything featuring art by Magali Villeneuve, and finally the alternative cover for Tasha’s Cauldron featuring art by Wylie Beckert. Each piece is approximately 18″ by 11.5″ with extra wide margins as they aren’t cut or bound like the final product would be for production. They show a part of the publishing process and preliminary layouts of the front and back cover art. All listings are described as “used” but in good condition, which says to me that they were an active part of the publishing process, but were treated with all of the love and care that a collector would hope for. 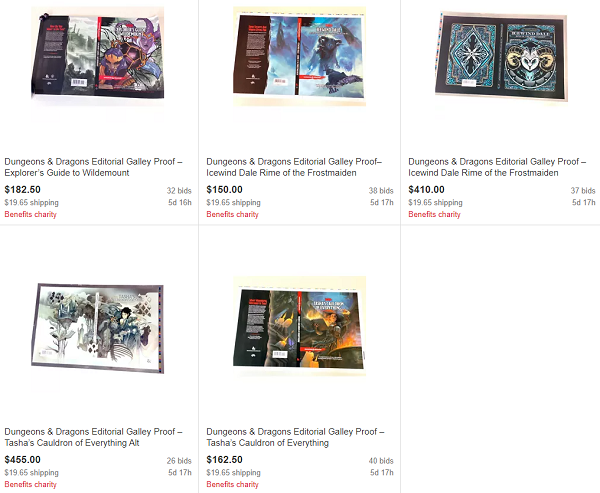 Extra Life 4 Kids is a charity that unites gamers across the world in support of the Children’s Miracle Network Hospitals. Since its inception in 2008 Extra Life has raised more than $70 million for sick and injured kids and with your help can continue to do even more good across the US and Canada. Fundraisers like this one help raise money and awareness for the Children’s Miracle Network Hospital’s 170 member hospitals across North America and provides 32 million treatments each year to kids in need.

If you’d like to place a bid on any of the Dungeons and Dragons galley proofs, the listings can be found here, and if you would like to make a donation to Extra Life 4 Kids without joining in on the auctions, you can visit their site here. 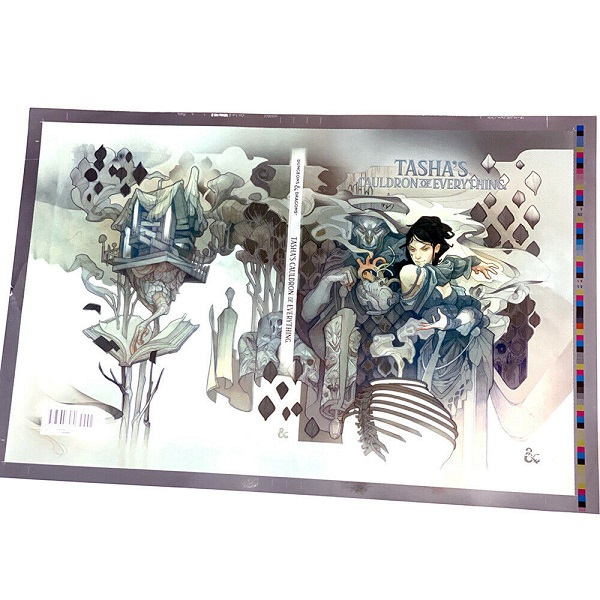 Will you be trying to win any of these pieces of art? Which one would you most want to see hanging on your game room wall? I’m partial to Tasha’s Cauldron of Everything Alternative cover myself, but all of them would make any adventuring companions jealous. How would like like to see the gaming community come together for good causes in the future? Let us know in the comments.