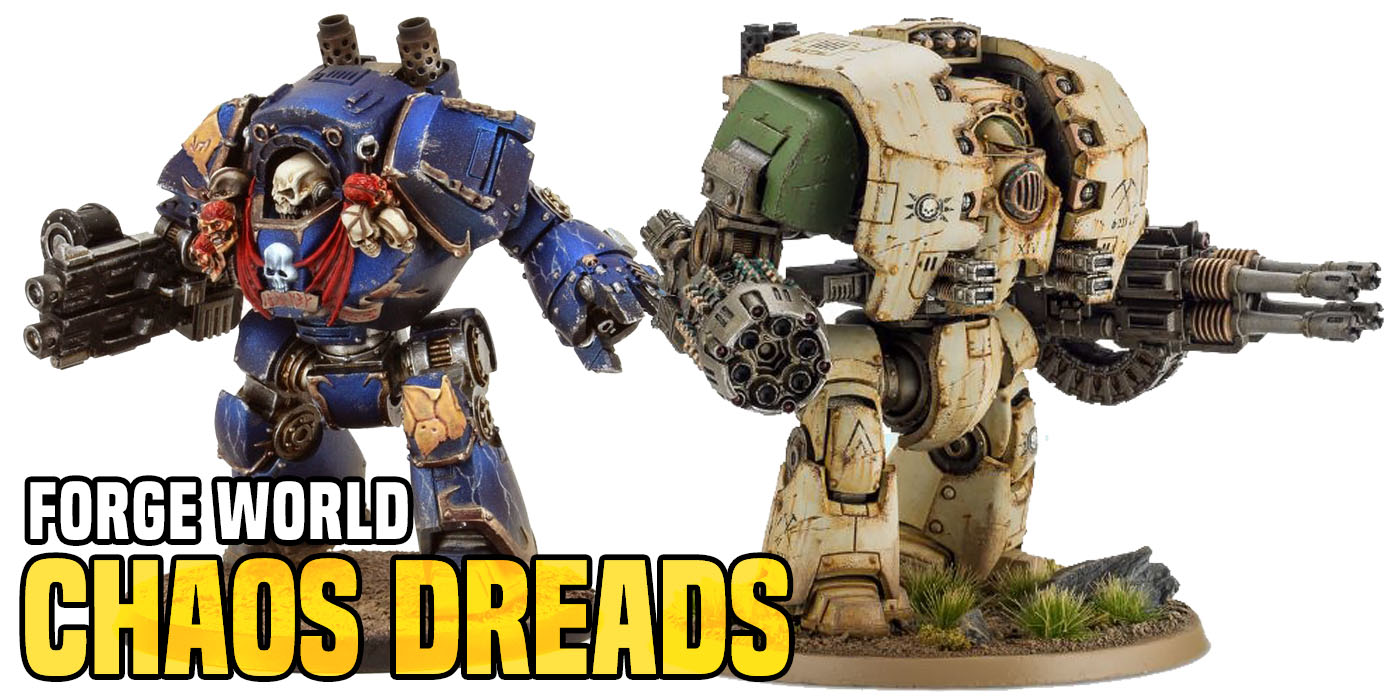 Goatboy here with a quick look and thoughts on the Forge World updates to my two favorite dreadnoughts – the Hellforged Contemptor and Leviathan.

The Contemptor was a staple in my lists for a while due to the interactions of hitting on a 2+, the Soul Burner Weapon, and just being a sweet model.  The Leviathan didn’t really catch on that much due to the nature of how expensive he was but overall he wasn’t terrible.  I would use him from time to time – especially in my current Dreadnought list that tried to run them as Red Corsairs to get some Advance and Charge action.

Surprise, surprise – I still plan on running them as Red Corsairs and they changed a good deal.  I took a Gander at their new Forge World data sheets to see how much they changed. 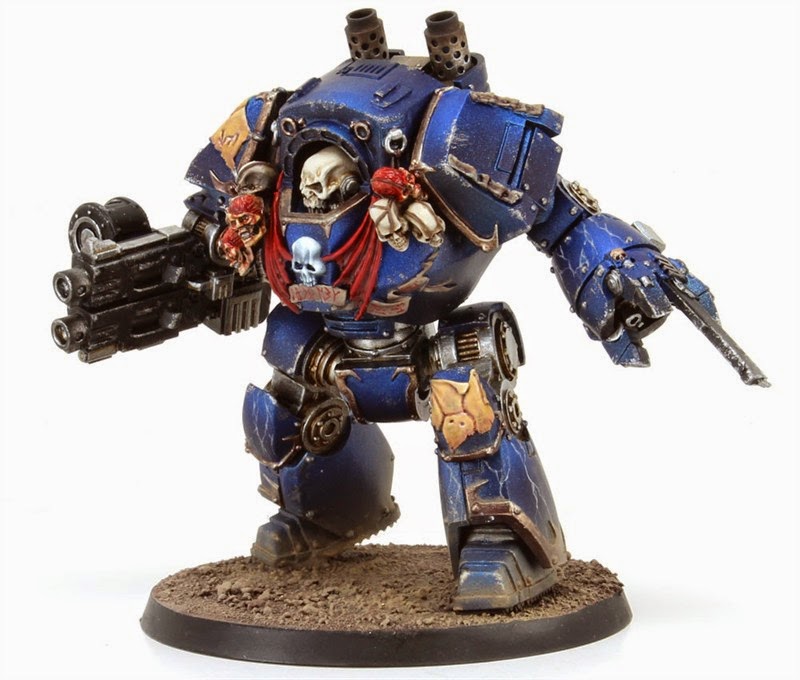 The overall rebalancing of Forge World has shown up in spades with these two guys. They lost a point of Weapons Skill and Ballistic Skill, lost some extra close combat attacks for having double arms on the Contemptor, Gained Martial Legacy for a nerf, got all their weapons matching their Imperial Counterparts, can’t eat enemies anymore, and lost a point on their Invulnerable save.  They did get cheaper and gained the awesome new -1 to damage trait so not everything is terrible.  They also got some interesting new weapons too – which isn’t all bad.  Overall I am sad for the loss of Mortal Wound damage but am excited for some of the protection elements.  I still have to go Red Corsairs though to make up that not very nice CP loss – but I can’t have everything. 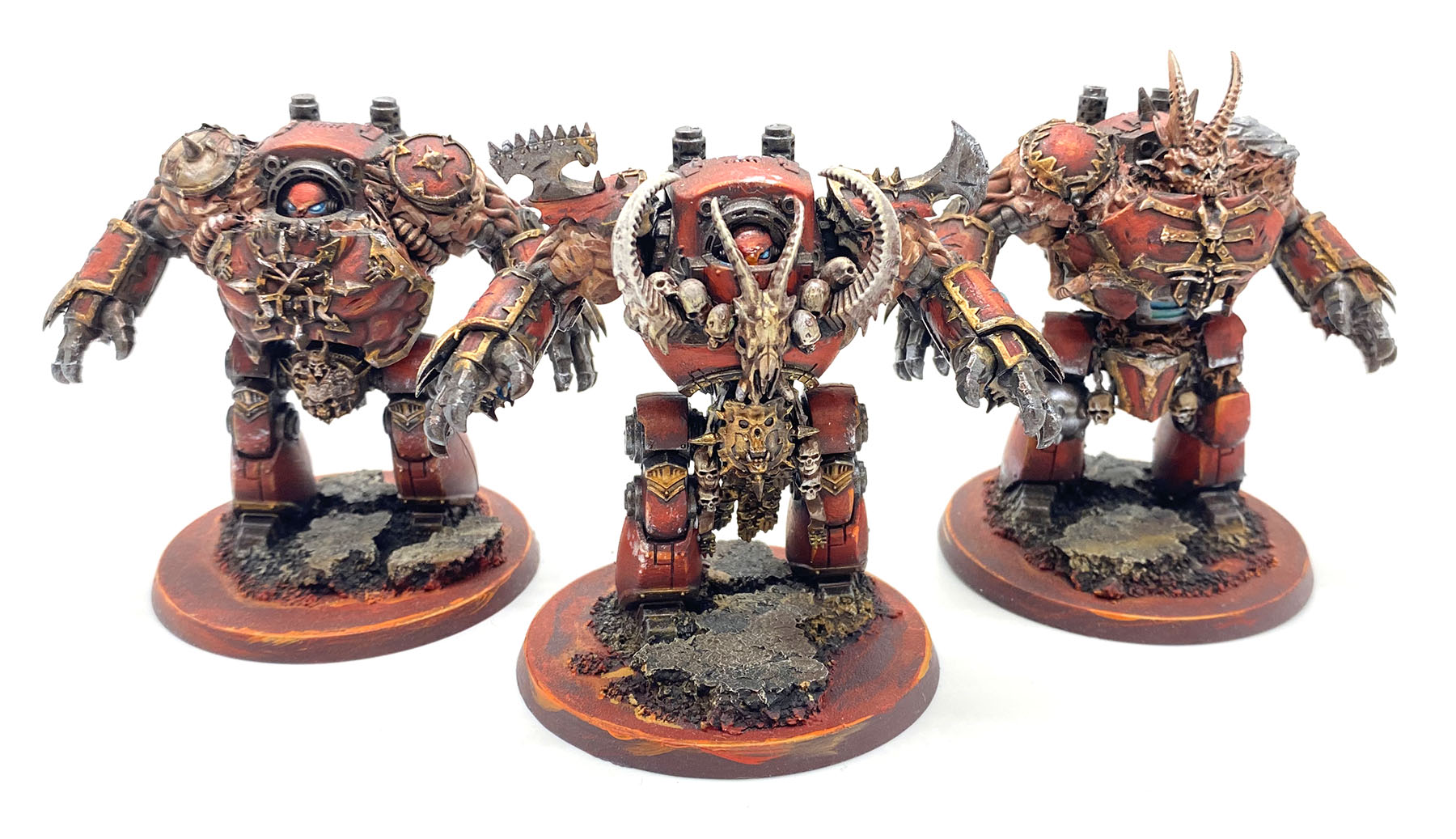 So where does that leave me for these guys?

Leviathan: Well – I think on the Leviathan front I look at two different load outs.  The Assault monster using 2 Siege Claws with built-in Melta Guns or the Grav-Flux Bombard for damage potential.  I am personally all about the close combat nonsense as he is still a beefy model with 14 wounds, 2+ armor save, and a flat -1 to damage that he is hard to chew through.  He is also cheaper.

Contemptor: On the Contemptor front I am less excited but again he got cheaper and there is an interesting gun he has.  The Graviton Blaster is an Assault weapon that has 2  shots (so one would have 4 shots total) that is Strength 5, Ap -3, and if you shoot at something with 3+ or better armor it’s a Damage 2 weapon.  This isn’t too bad and a big help versus the upcoming wave of Thunder Wolves that will be coming to town.  Forcing things to use their 4+ invulnerable save is going to be a thing and looking towards Graviton will be a big benefit of that. 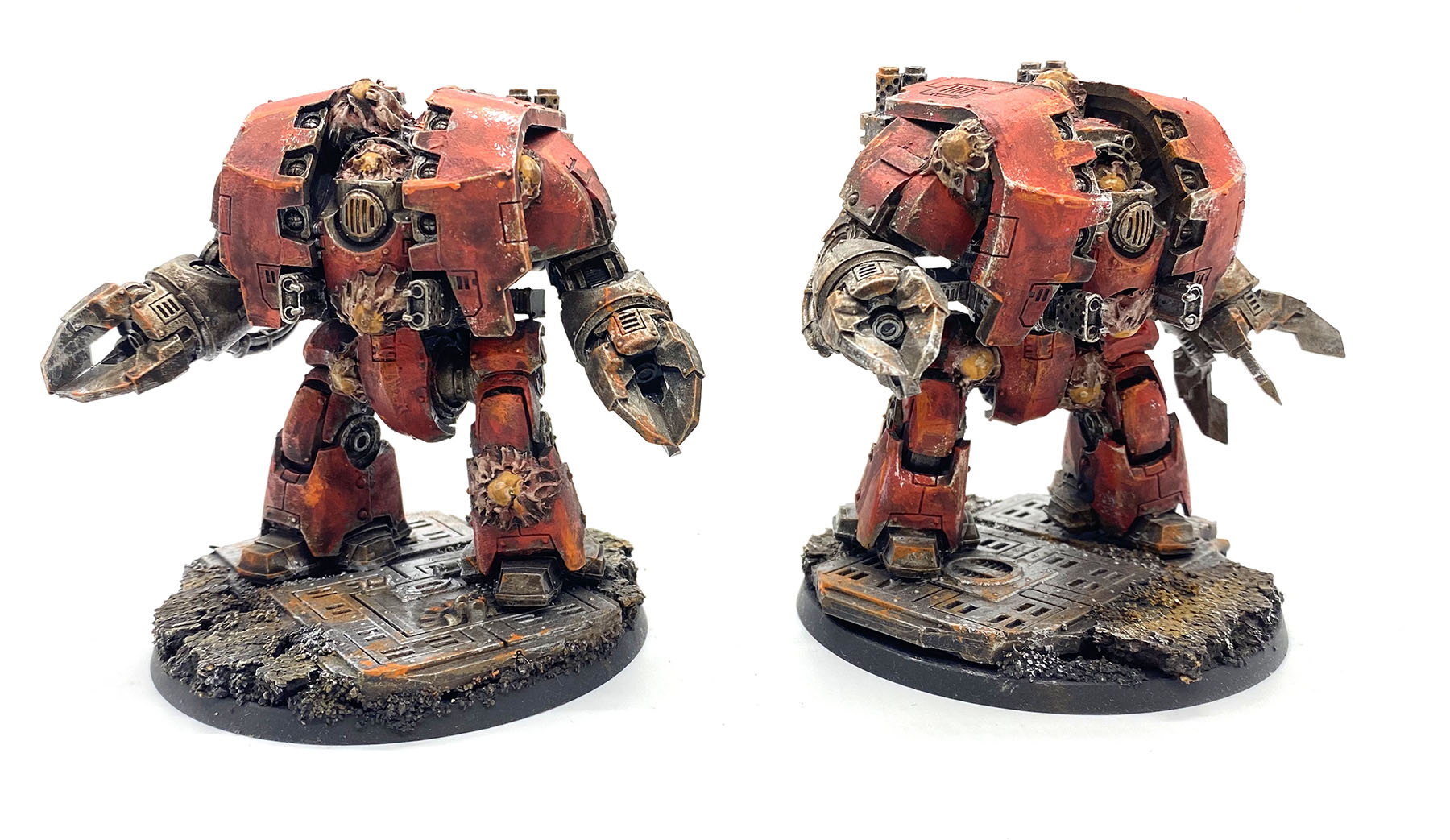 I promised a list so here is my Current Dreadnought Mob list.  I am blowing 5 CP to get all these old turds on the table but playing with Red Corsairs I get a nice bonus 3 to help circumvent that a bit.  I only wish my normal Helbrutes had a flat -1 to Damage as well as finding a way to fit in 3 could be really sweet – but I have to wait for an Update to come to make it happen. 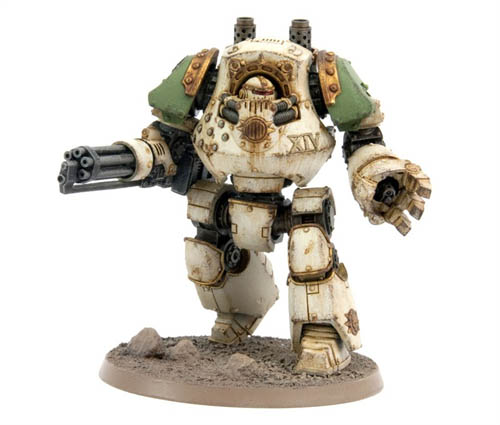 This is a pretty simple and aggressive army designed to come at you.  The 2 Heldrakes are built to go get engaged early and keep things locked in for a turn as the rest of it moves up.  If you can get a quick charge you can try it with some Warptime and Advancing options or just play for turn 2.  The Chaos Spawn are there to just hold back objectives and you can throw Feel No Pain on them as needed.  Everything else is looking to the Circle of Dreads and the Characters in the middle to help keep things alive.  The Chaos Space Marines – who should be 2 wounds now – are just there to get that sweet CP.

~What do you think of the updated Chaos Dreads?