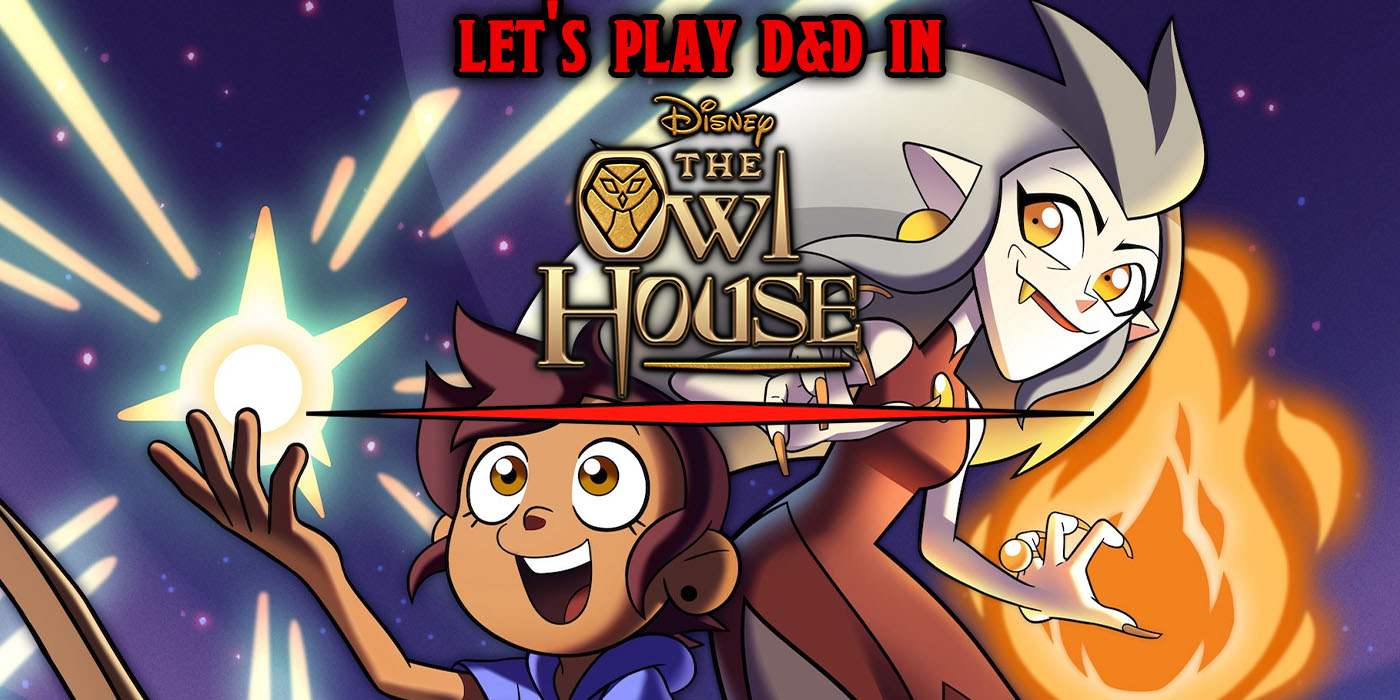 This week we’re avoiding The Conformatorium and inviting our friends from magic school over to play D&D in The Owl House.

Have you seen The Owl House yet? If you haven’t, may I suggest definitely watching The Owl House. I know you have Disney+, Mandalorian is coming out so we all have Disney+. It’s a delightful mixture of Gravity Falls and Harry Potter that we binged all of over the weekend full of characters who would be right at home in any D&D campaign. 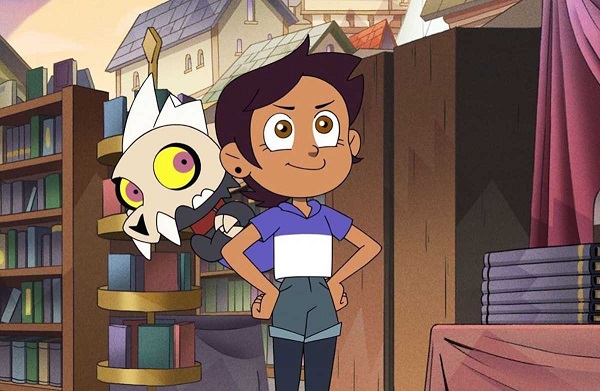 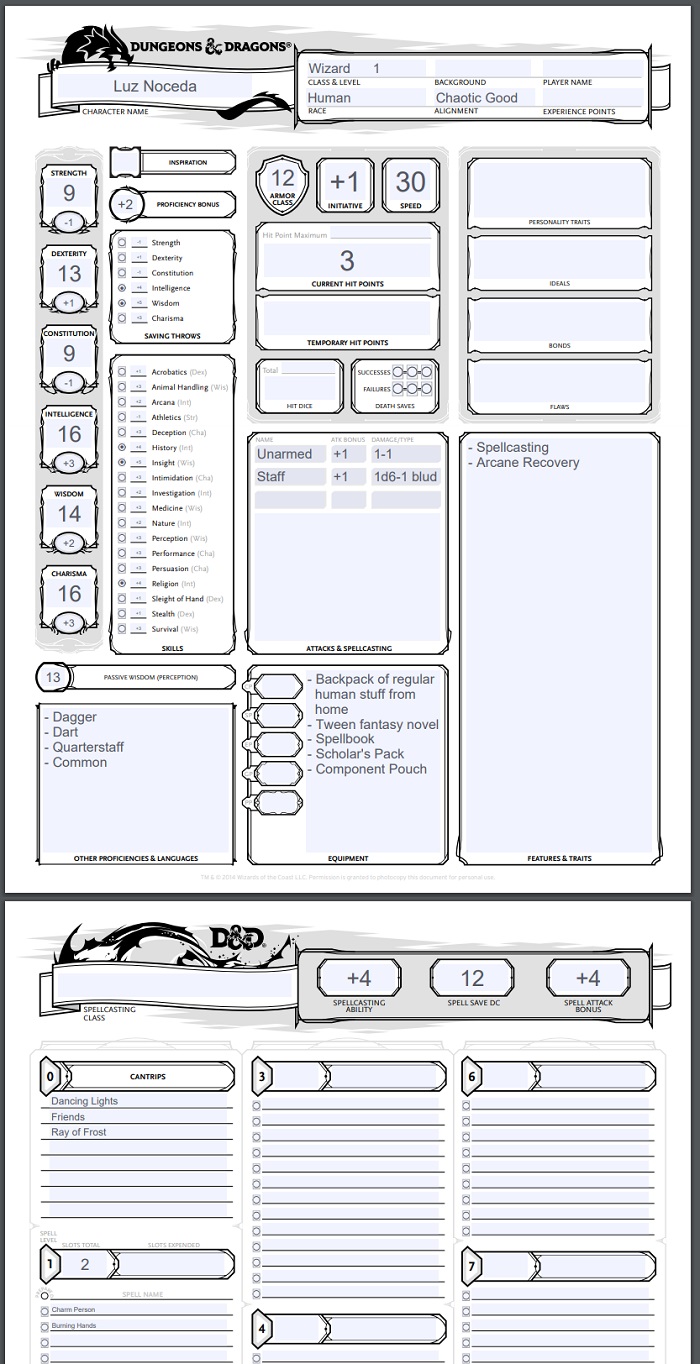 Luz is the show’s token normal human teenager who happens to find herself in a world of magic and decides to stay because learning spellcasting seems a heck of a lot more fun that going to Reality Check Summer Camp for Learning To Think Inside of the Box. She’s cute, sweet, good at making friends, a huge nerd, and incredibly relatable. Which is why I chose wizard for her. As a human magic doesn’t come naturally to her so she has to work so much harder than all of the other kids at magic school, but just like a wizard she enjoys the study a lot. She’s also really limited on spells so far so I tried to stick to something that would resemble the spells she knows in the show. Lights, fire, ice, making friends, stuff like that. 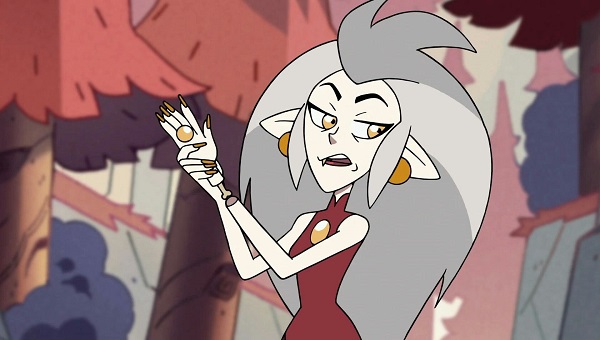 I can’t express enough how fun Eda’s sheets are to make. Unlike Luz magic has come easy to her for her entire life and she hated learning in a classroom, so it’s sorcerer for her. Plus, wild magic give us a really fun way to introduce her almost random transformations into a terrifying giant owl monster. Is that how wild magic usually works? No. Would a DM be willing to work with you on making that how your wild magic works? Maybe! Her high charisma helps with magic and her business as a con-woman and a grifter and adds to her general intimidation as sometimes-a-monster. Spells were the hard part here; I wanted to pick all of them. If you’re going by the word of the show, she probably would know all of them, but D&D has rules.  If you’ve watched the show you may be wondering why I picked high elf when she wouldn’t really fit in with high elf culture… and that’s exactly why. She’s supposed to be the odd person out and when you meet her sister it’s really clear that she probably comes from a family and a society that isn’t as off the walls as she is.

What do you think of Owl House? Did I miss your favorite character? What sheets would you like to see me make next? Let us know in the comments!