Starfinder’s newest Alien Archive promises to get weirder yet. And with its imminent release at the end of this month, you can pre-order yours now.

Starfinder thrives on its assorted aliens–they truly are some of the more imaginative sci-fi/fantasy creatures out there right now. And that’s after three different alien archives (or monster manuals if they were still playing in the fantasy playground). What to do then with the fourth entry in the series? Of course there are all the usual suspects–new familiar faces from Pathfinder’s bounds updated for Sci-Fantasy. But then… then it gets weird with elemental aliens, living planets, and stranger stuff still. 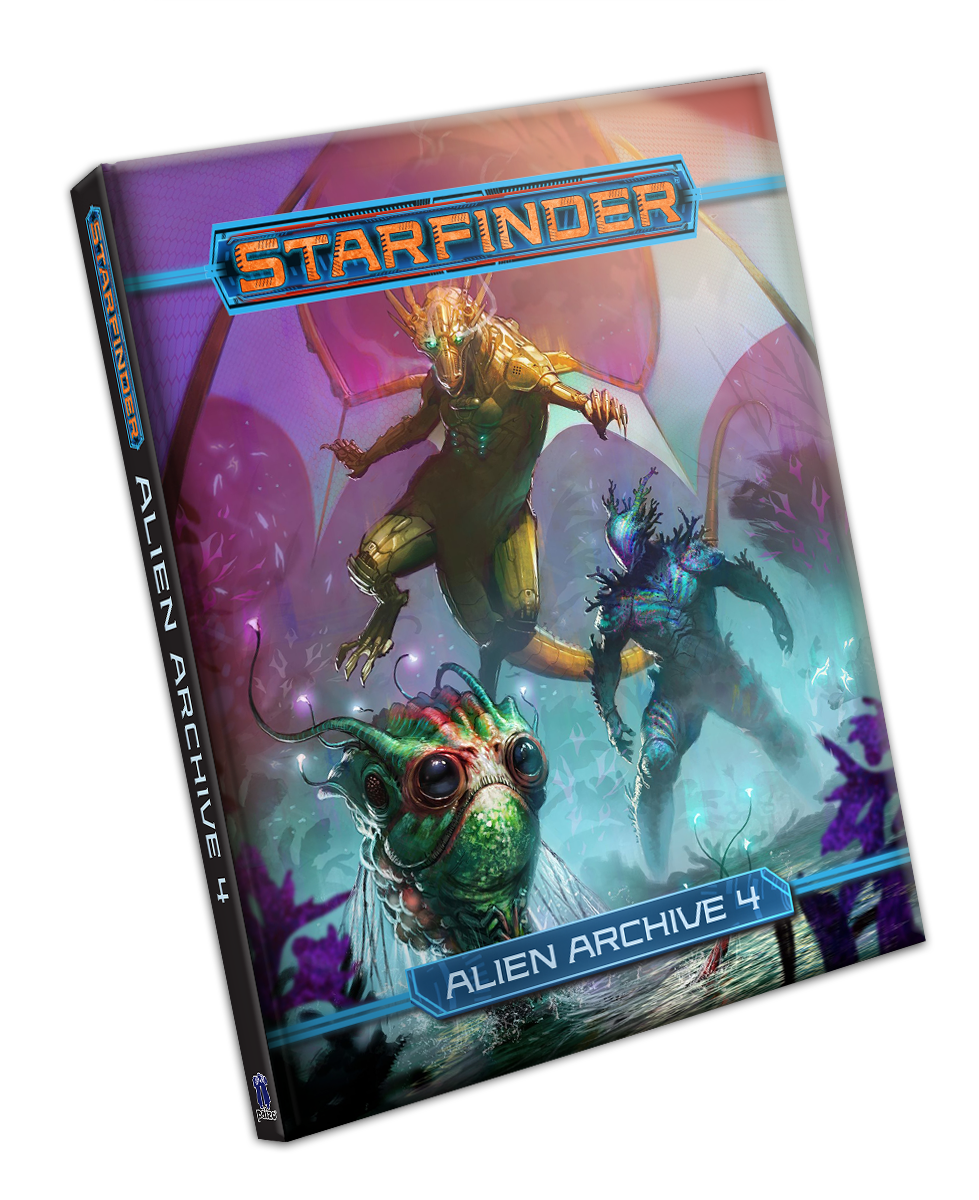 Battle, befriend, or become more than 100 bizarre alien life forms in this all-new creature collection for the Starfinder Roleplaying Game! On countless worlds orbiting countless stars, strange and wonderful creatures await discovery. In this book, you’ll find rules and background information about creatures ranging from undead androids and robot dragons to deadly laser-spined flowers and mysterious sea skeletons. Many species include rules for making your own playable alien character, from beings made of coral to animals uplifted by sapient fungus to creatures truly bizarre to behold. You’ll also find plenty of new equipment and player options, including a new set of augmentations that allows your character to adopt the strange features of dozens of existing playable alien species. Explore the extraordinary with Starfinder Alien Archive 4!