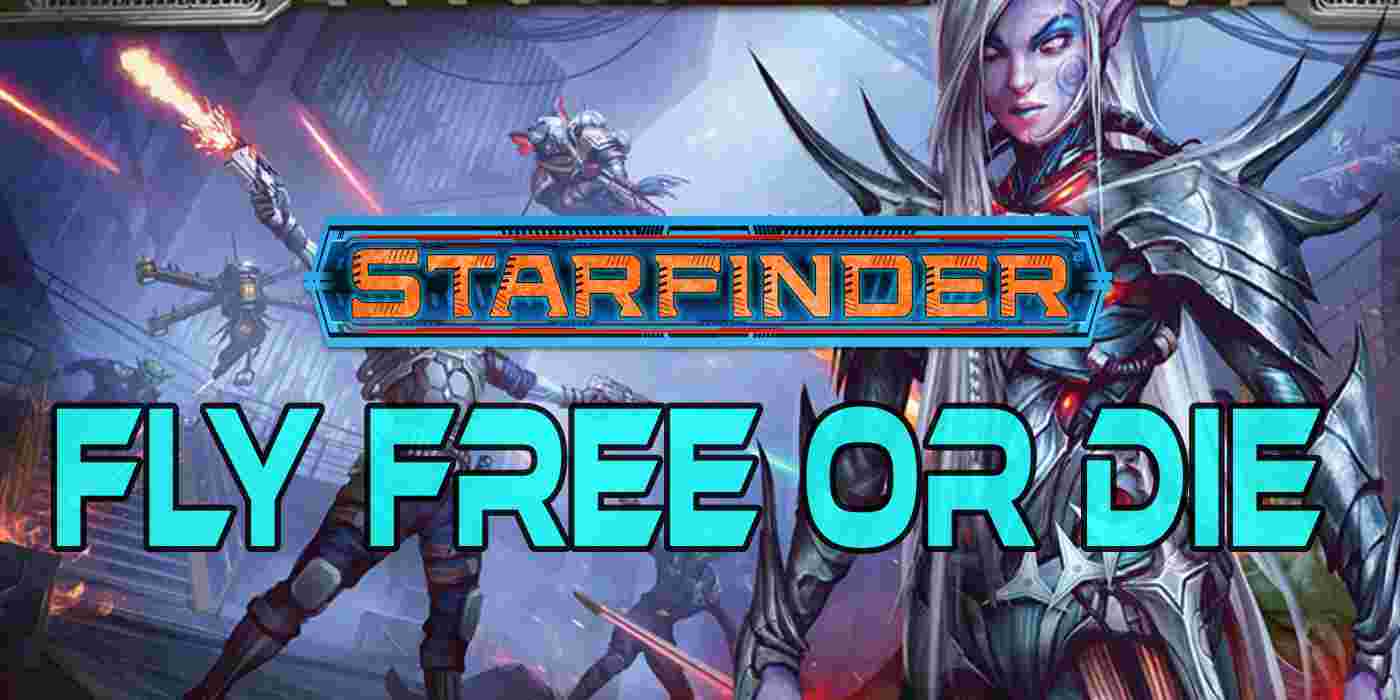 Starfinder’s next adventure aims to misbehave as players take on the role of scoundrels and smugglers (heart of gold optional) for a new adventure path.

Starfinder has gone to the most expansive heights of science fantasy, reaching for gods and monsters and aliens that spur on living holograms and fight with blades forged from the hearts of dying stars. I’m not even exaggerating a little. There’s no secret that Starfinder goes big, frequently. Paizo makes their name going from 1st level to 20th level in the span of six books and that means going big before you go home.

But, if you want to get into something a little more down and dirty, something with a bit more grit and bite and implied drawl to every word, you’ll want to check out their newest adventure path: Fly Free or Die, which kicks off with an adventure called We’re No Heroes. Its tale of a cargo delivery gone horribly awry would be right at home in a fabled second season of Firefly, so grab your guns, strap up, and check out We’re No Heroes. Available on pdf tomorrow. 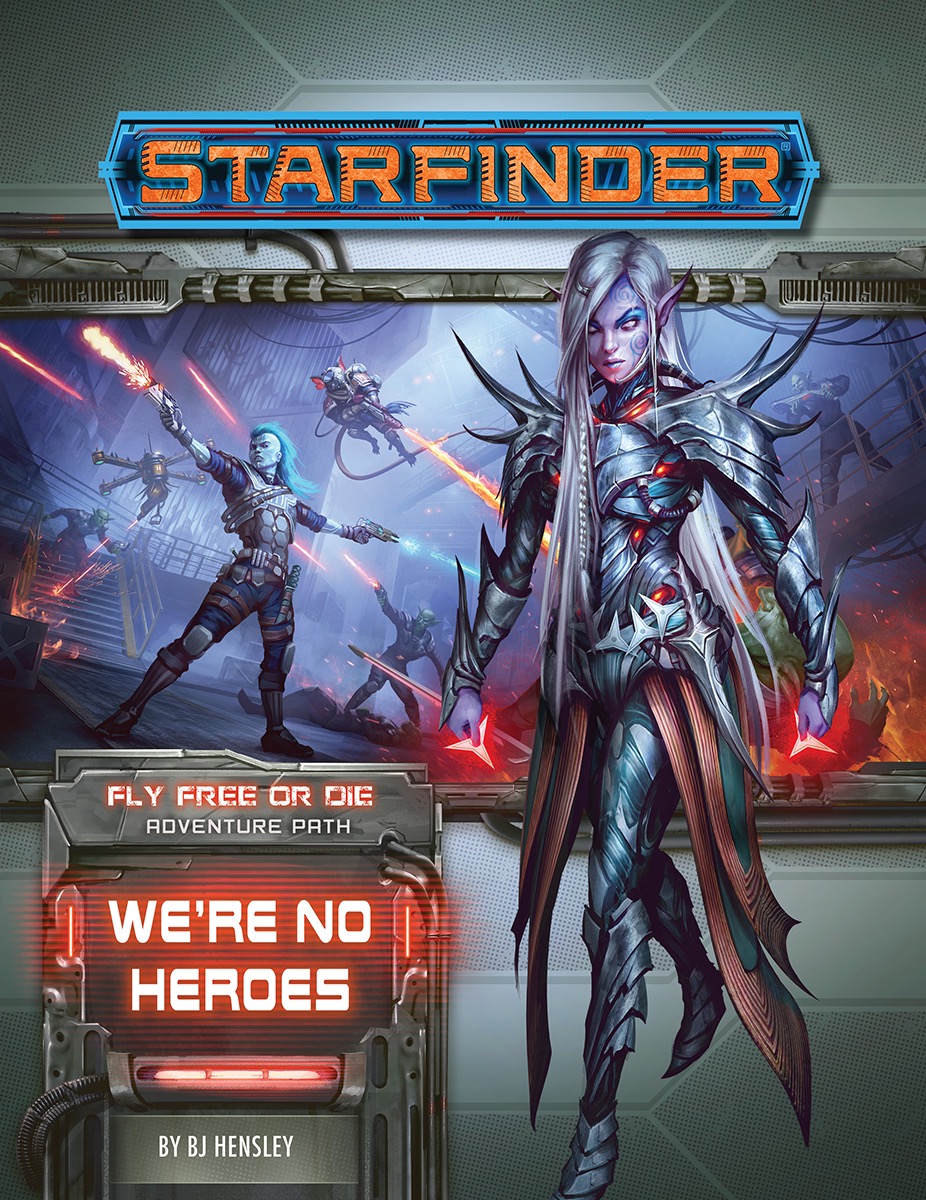 In this thrilling kick-off to the new Fly Free or Die Starfinder Adventure Path, a crew of scoundrels, rogues, and misfits finds it hard to survive in a galaxy where everyone has a price. Targeted by a crime boss and his army of enforcers, preyed upon by faceless mega-corporations, and hounded by rivals, the crew of the Free Trader Oliphaunt line up the big score that will at last make them rich beyond their wildest dreams. But when their many enemies join forces and the crew loses it all, they find out there’s two things in the galaxy that can’t be bought: freedom… and revenge.

It’s just another day punching the clock when the player characters, a blue-collar transport crew, are blamed for a bad cargo and stiffed of their bonuses. They take a dangerous job smuggling weapons to a world conquered by militant hobgoblins, but one fiasco later, they’re in debt to a crime boss and about to be fired. Their only chance is to steal the Oliphaunt, an experimental cargo hauler with a magical secret, and then survive long enough to collect the payoff!

“We’re No Heroes” is a Starfinder Roleplaying Game adventure for four 1st-level characters. It makes an excellent introduction to the game for new players. The adventure begins the Fly Free or Die Adventure Path, a six-part, monthly campaign in which a merchant crew with an experimental starship tries to get rich, escape interplanetary assassins, and outwit their rivals. This volume also includes rules for finding, buying, and selling interstellar cargo (and using the profits to enhance your starship), a collection of deadly threats, and a player’s guide that provides advice and new character creation options ideal for this Adventure Path.