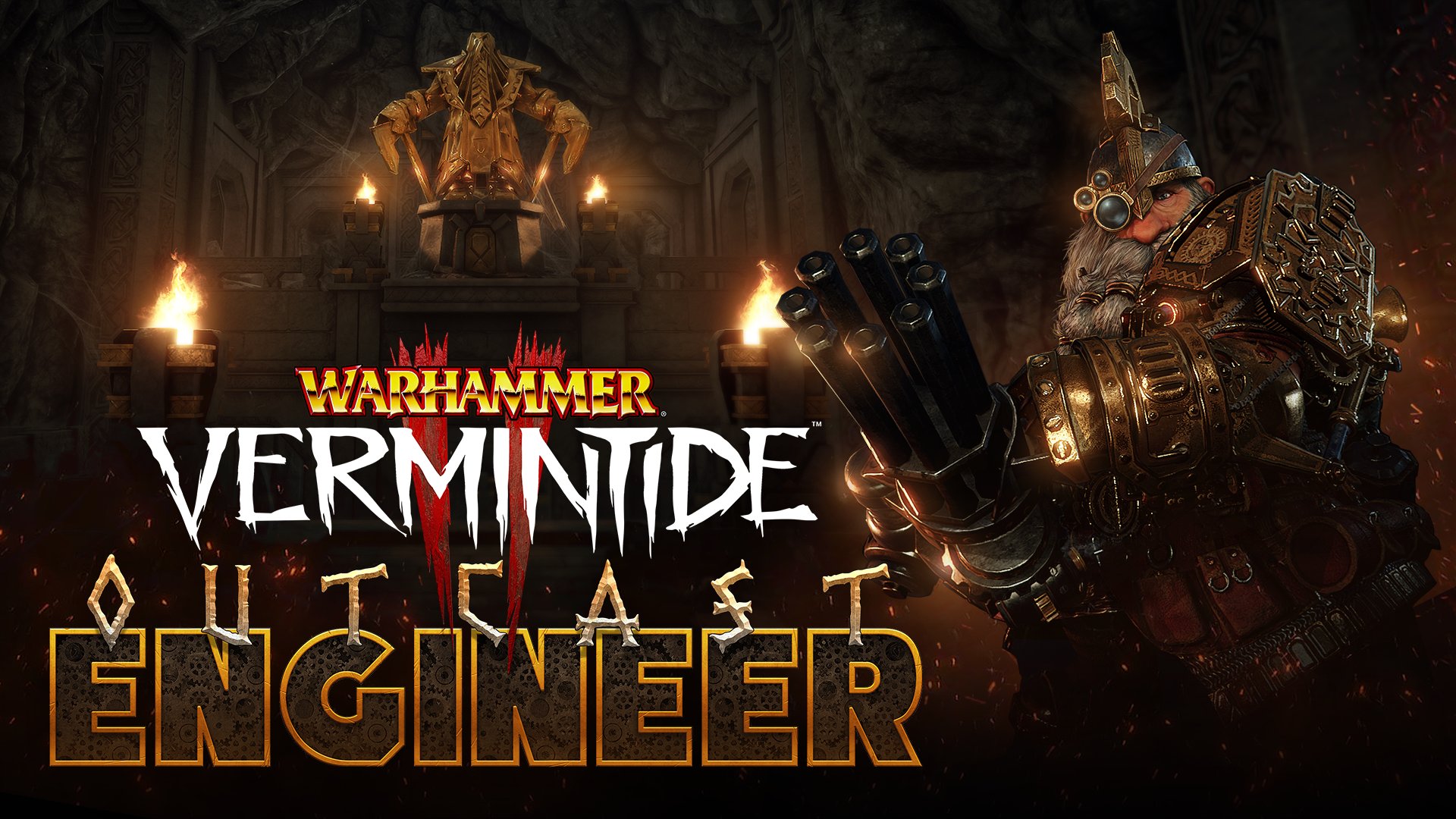 Vermintide 2 is rolling out another premium career–this time, a powerful new gun-wielding class for Bardin Goreksson. Check out the Outcast Engineer!

Vermintide 2 developers Fatshark have unveiled their next big premium career: the Outcast Engineer fir noted skaven slayer and Dwarf, Bardin Goreksson. The announcement came yesterday afternoon on Fatshark’s Twitch stream, and with it, came an eight-barreled gatling gun that looks perfectly suited to taking on the rising tide of skaven. Sure, they’re numberless, but so is the ammo. Let’s take a look at what the devs revealed.

First things first, the Outcast Engineer is all about guns. This is another ranged weapon focused class that works a clockwork coghammer and a masterwork pistol. But both of these are just there to prop up the real function of the class, the dwarven minigun, or Crankgun, as it’s called. 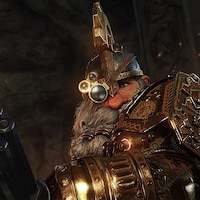 This weapon slowly spins up in speed, as you might expect, but it functions along the same basic lines as the other ranged weapons. You can reload it via crank, which helps build up how long you can use it–there’s an upper limit to this, past a certain point, you gain the hit hand debuff, but it’s unlimited ammo that you can recharge passively by swapping to your other weapons.

While Fatshark has not yet revealed the full range of talents, they’ve said that there will be one branch dedicated to crankgun improvements, another to career skill, and plenty of supporting talents to help keep the ammo flowing.

Goreksson will not be able to use crossbows, but can otherwise use most things, including grenades. So keep an eye out for more explosive new reveals for the Outcast Engineer!

It’s not nearly enough dakka, but it’s a start