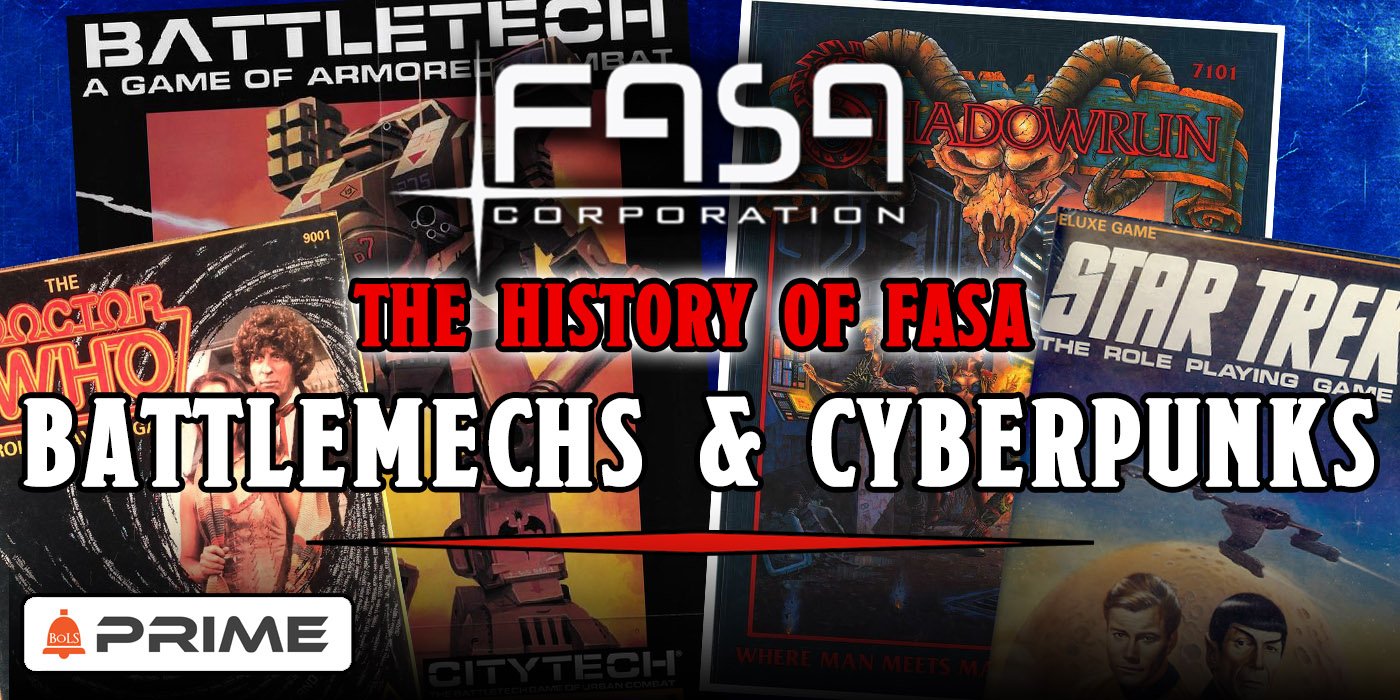 From the Final Frontier to the Inner Sphere, with a stop in the Shadows along the way, here's a look at the history of FASA, one of gaming's greats.

Forged in the fires of 1980, FASA is a company that you either associate with Battletech, Shadowrun, or possibly both. But with a fantasy setting, a venture into the Final Frontier of Star Trek, one of the most beloved dogfighting games, and a host of other games under their belt, FASA Incorporated has left their mark on the gaming frontier. But, like so many of the gaming giants from the early days of the roleplaying/tabletop industry boom, they have vanished from the scene--though they're still technically around, they, for the most part now, exist as an IP holding company that keeps licesnes in the work. But how did they get there?

How does a company go from being one of the biggest miniatures games out there--a game that sparked a whole generation of video games, including two revivals, to seemingly drifting on the waves of the modern gaming landscape? Come with us back to the 80s, with your puffed jackets, your Ecto-Coolers, your Tab and your acid washed jeans as we take a look at the history of FASA. Weirdly enough, it all begins with the Marx Brothers.

You see FASA, or the Freedonian Aeronautics and Space Administration, takes its name from Duck Soup, making the Marx Brothers the only vaudeville act to inspi...