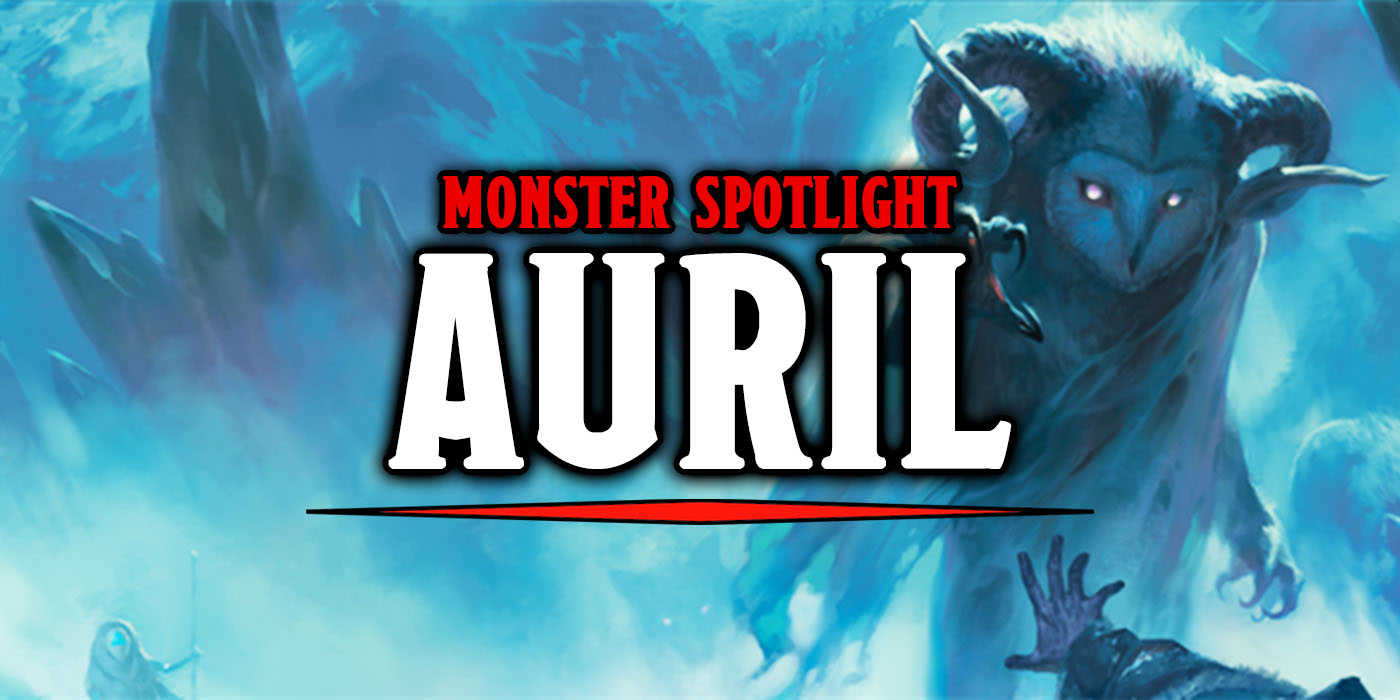 In the coldest regions of Faerun you may encounter followers of Auril, a winter goddess as cold and unforgiving as the storms she conjures up.

Auril is the Cold Goddess and the Goddess of Winter, and the chilliest being in D&D lore to discuss as we slip into the coldest months of the season. Most recently she’s been featured in Rime of the Frostmaiden, but Auril has been a part of Dungeons and Dragons since First Edition.

Neutral Evil Auril can be callous and cold (no pun intended), but appears as a beautiful maiden with ice blue skin and white clothing. Unsurprisingly, her powers are cold and ice themed with Ice Storm, Freezing Sphere and an ice breath weapon. Followers of Auril carry her symbol, a white snowflake on gray diamond.

Auril is most powerful in regions with long winters or near the Great Glacier and most of her followers worship her out of fear. Worshipers are expected to force others to pray for her – usually outdoors at night and while touching a large piece of ice until it melts completely – and many make offerings in the form of spreading wealth in the snow during a storm or throwing it into cracks in river ice or glacier crevasses. Those who displease Auril may find themselves trapped outside in a vicious snow storm with visions of warmth and home until they eventually freeze. 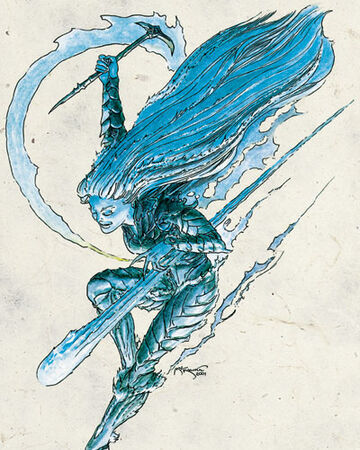 The coldest and darkest times are most sacred to Auril, in a move that seems almost designed to torment her own followers just a little. Her clerics and druids pay for their spells at midnight or whenever at night the temperature drops to its lowest point, and Midwinter Night is the most holy day of Auril’s year. Additionally, Auril’s followers are expected to kill at least one creature with cold. And for all of this cold and misery, it doesn’t seem that Auril’s worshipers get much in return aside from not dying in the snow on purpose.

Auril is hardly mentioned in 4E, only coming up a handful of times in passing throughout a campaign guide and Dragon #378. Though she is described as covering everything with ice in hopes of killing living creatures that live there, so suffice to say Auril hasn’t changed that much between editions. She also has a winter hall built of wind and ice that moves slowly across Silvanus’s dominion and brings winter wherever it goes. Like Howl’s Moving Castle but much much worse. 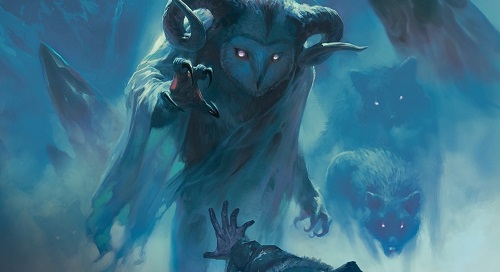 The most recent version of Auril comes to us from Icewind Dale and brings some of the most interesting changes to date. The Cold Goddess now takes on three unique forms with varying powers and levels of terrifyingitude. First is the monstrous owl person followed by the Brittle Maiden, which is closest to the beautiful ice maiden image we’re familiar with from previous editions. Finally is the Winter’s Womb form, complete with Legendary Actions and a 19 Armor Class. The 5E take on Auril is easily the most formidable with a Blinding Gleam that can leave party members blinded for a minute, Magic Resistance, and Divine Resurrection. Her personality though, doesn’t seem to have gotten any warmer.

Have you encountered Auril? Had you ever met her or one of her followers before Rime of the Forstmaiden? Would you ever play a follower of Auril? Let us know in the comments!