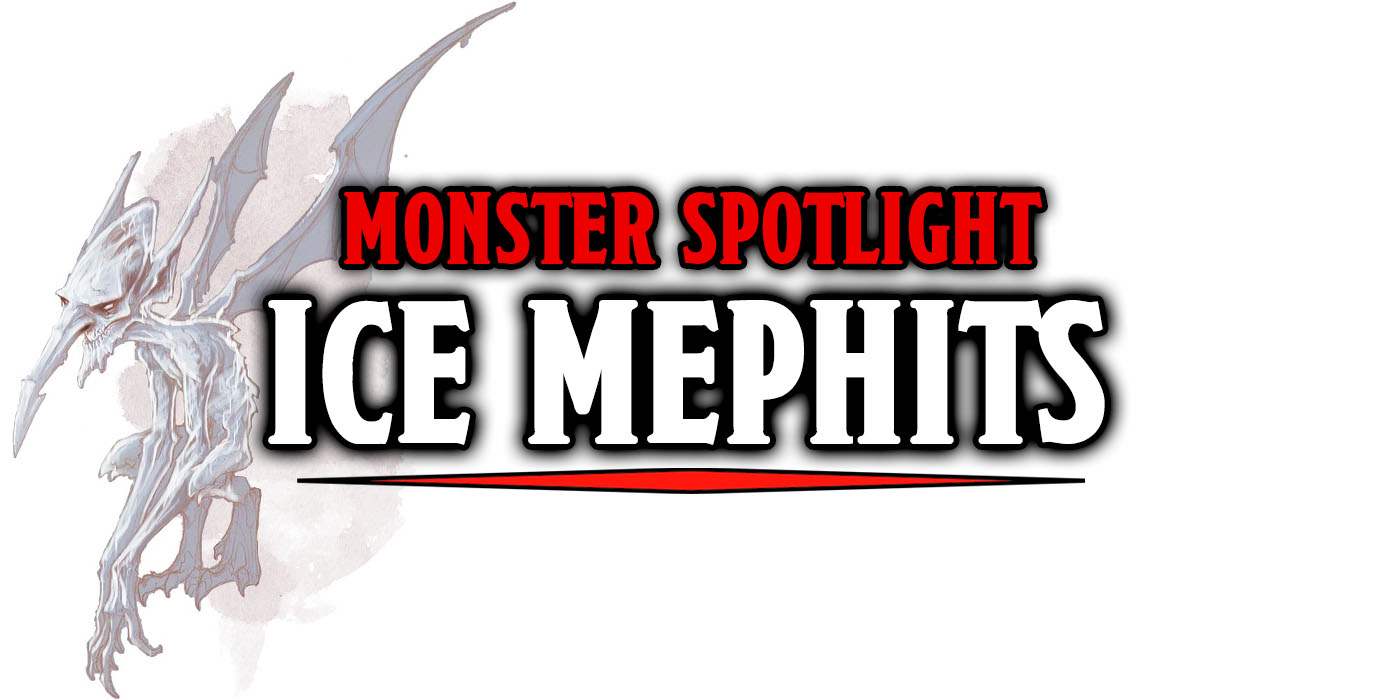 If you take your adventuring party north in search of Santa this month, you may run into the cruel, cold, and regenerative Ice Mephits. 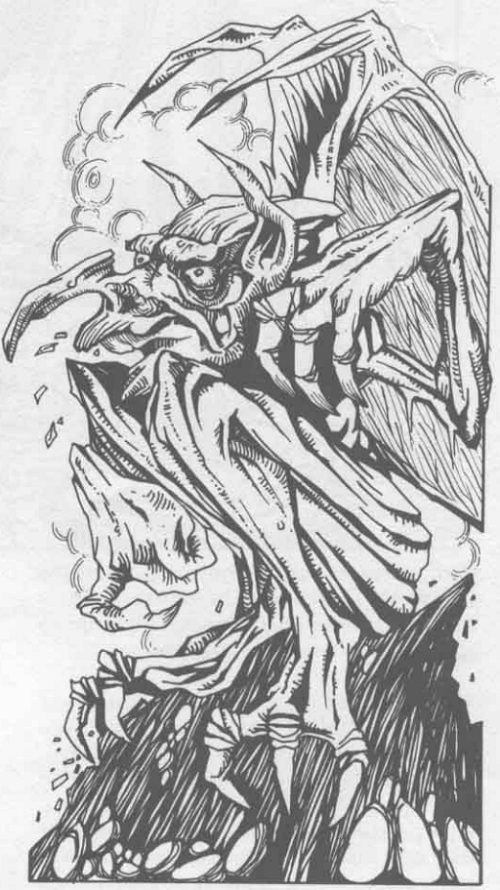 The earliest versions of these very rare winged ice demons are hard to find as Ice Mephits first appear in the Eye of the Serpent 1E adventure module and seemingly nowhere else. Like other mephits they are only found on the prime material plane while performing missions for their more powerful masters on the lower planes. They are rude and cruel and always evil, though they can be any kind of evil. While obviously known for their ice attacks and breath weapons, ice mephits are also known to take claw attacks as their breath weapon can only be used up to three times per day.

At some point between first and second edition ice mephits shift from being very rare to common, but only if you happen to go somewhere cold. They won’t be common on any tropical islands, but if you’re heading way up north all bets are off. They have a chilling touch that reduces their victim’s attack rolls by one per hit and their breath weapon volleys ice shards. Unsurprisingly they are immune to any cold based attacks, but perhaps surprisingly they have been known to cool perishables when left alone in small rooms to chill. 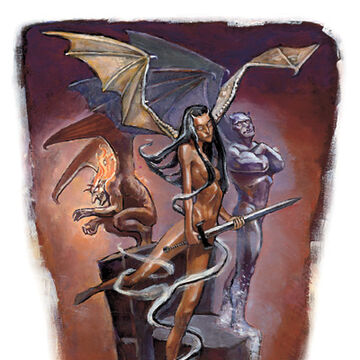 Third Edition ice mephits are much more humanoid that other varieties, being described as smaller (about four feet tall and thirty pounds on average) translucent human looking creatures made of ice and snow. Previously they were almost gargoyle-esque or imp-like with sharp, exaggerated features. In addition to their breath weapon, ice mephits now cast magic missile and chill metal, and can heal themselves by touching a small very cold piece of ice. 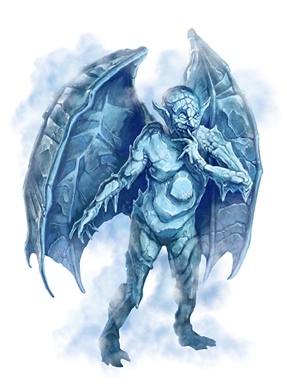 Ice mephits are given a little more personality in fourth edition. But it’s not a great personality. They’re described as the meanest of the mephits, taking pleasure in the suffering of others, but will generally keep their distance from other creatures and simply jeer at their struggling through the snow from afar. When you do engage an ice mephit, they may use their Frost Daggers or Freezing Blast, and will use Regenerate to regain five hit points every time it starts its turn. Dealing fire or psychic damage to the ice mephit will stop this from happening for one turn, though. 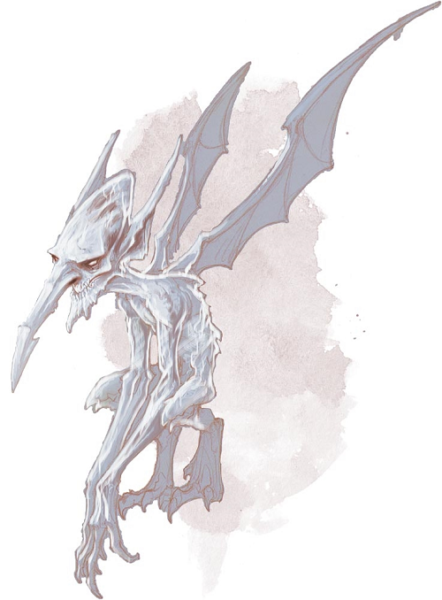 By fifth edition only a few changes are made to the ice mephit, with their innate spellcasting, breath weapon, and claw attack all staying by and large the same. While previously it was said that they look exactly like ice and snow and could easily be overlooked, now they are indistinguishable from ordinary ice and if an ice mephit stays perfectly still they would go as unseen as they would if they were invisible or camouflaged. They also now have “Death Burst,” causing the mephit to explode into a five foot blast radius of jagged ice when killed. On one hand you’ve defeated the ice mephit, on the other it’s going to stab you with an icicle anyway. 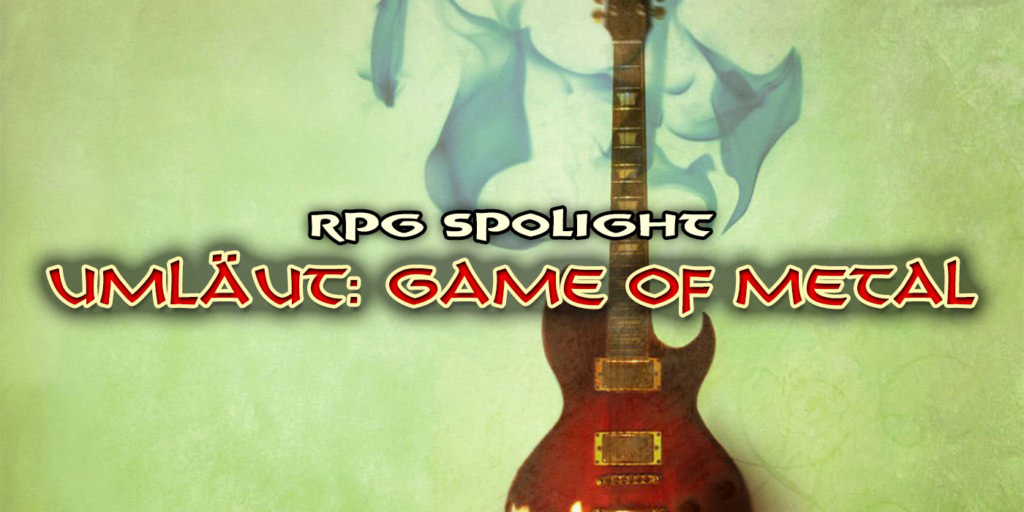