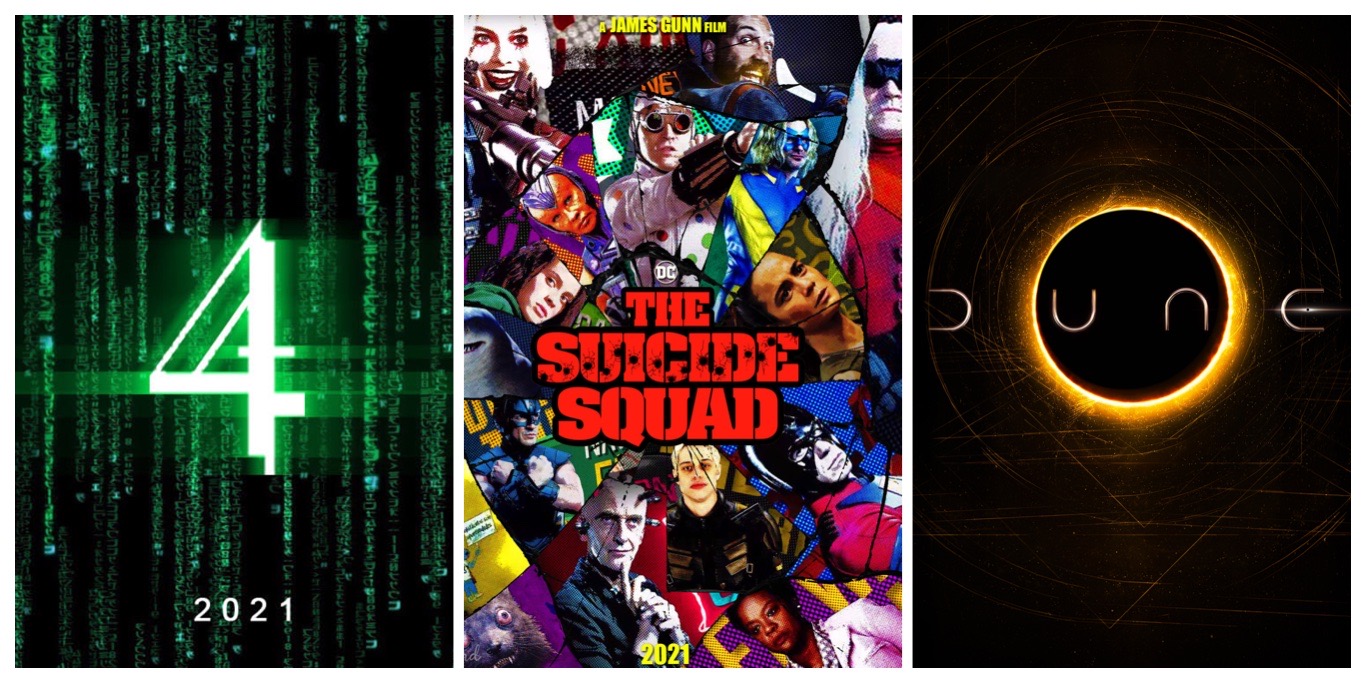 Dune, Godzilla vs. Kong, The Suicide Squad, and more will be getting a dual release.

Next year’s big movies from the studio will be on HBOMax for a month starting on their release dates (like WW84 streaming will be available in the US only). The entire slate will still be released in theaters for those that are in areas where they are open and safe. This is limited to 2021 only.

Next year’s releases include:

WarnerMedia Chair and CEO Ann Sarnoff said in a statement:

“We’re living in unprecedented times which call for creative solutions, including this new initiative for the Warner Bros. Pictures Group. No one wants films back on the big screen more than we do. We know new content is the lifeblood of theatrical exhibition, but we have to balance this with the reality that most theaters in the U.S. will likely operate at reduced capacity throughout 2021.

With this unique one-year plan, we can support our partners in exhibition with a steady pipeline of world-class films, while also giving moviegoers who may not have access to theaters or aren’t quite ready to go back to the movies the chance to see our amazing 2021 films. We see it as a win-win for film lovers and exhibitors, and we’re extremely grateful to our filmmaking partners for working with us on this innovative response to these circumstances.”

This is a huge shift and says a lot about what this year’s theater landscape has been like – unstable, causing multiple re-schedules that have cost both theaters and studios millions. The worry here – at least from my perspective – is how this will affect already suffering theaters. Hopefully, it’ll be safe in enough markets (especially with vaccines on the way) to go watch on a big screen when a lot of these come out in the summer and fall so fans can support their local theater.