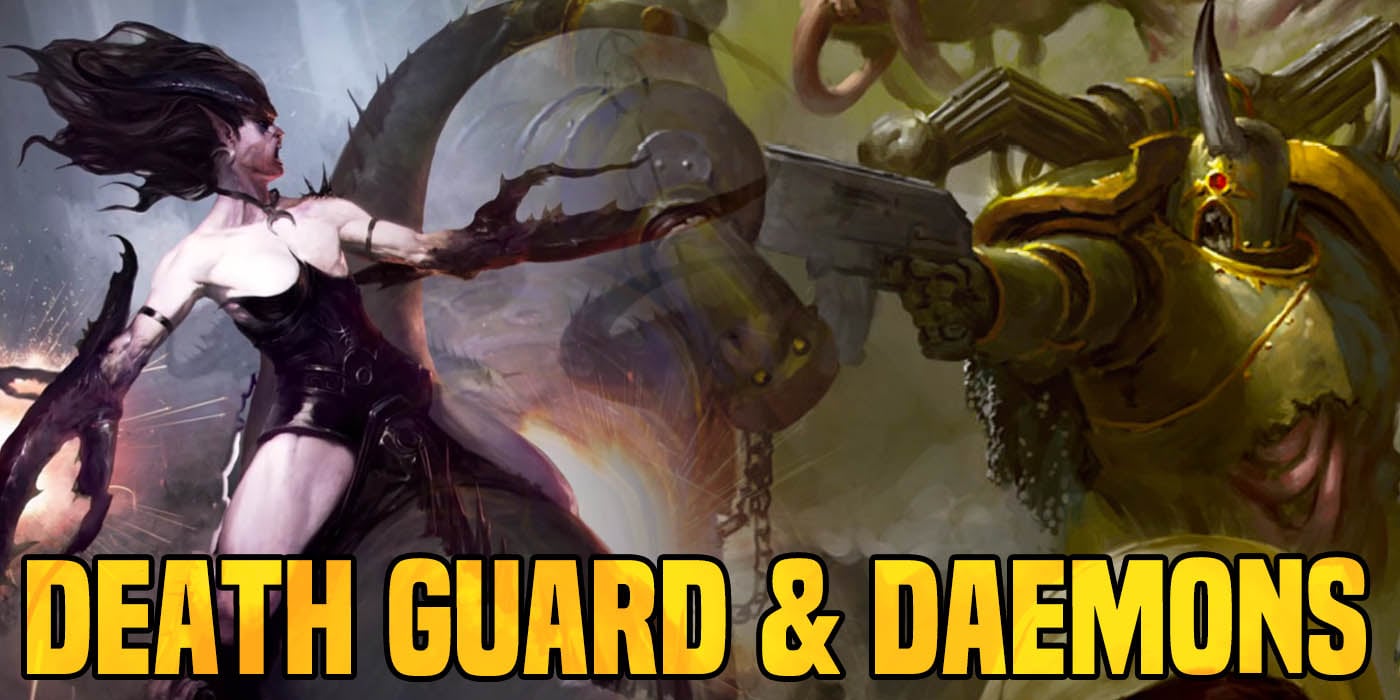 Goatboy here again with my first impressions of the new Death Guard and Chaos Daemons rules we’ve seen out there.

While I mourn the lack of a Death Guard release for my Xmas dreams – I instead swallow my feelings, push them deep in the dark recesses of my goathood, and look to the future.  We did get a few bits and pieces to make me think that they won’t “basic b” the Chaos Space Marine release when we see it later this year (I hope) so I keep my head up, my horns sharp, and my will to crush people whenever I get my big events back.  This past week we got a few bits of Death Guard stuff and while it was focused on the DG side of the Chaotic bubble it did show some things I expect to roll down the line for all the Chaotic jerks.

First – let’s talk about Death Guard.  We saw that Plague Marines got a nice boost – but without any point costs it is hard to say they will be the bee’s knees for the DG troop choice.  The bigger thing in that release though is some indication we have some new “turn” based rules to come out.  This whole Contagion thing that would indicate some kind of turn-based “sickness”.  I am sure it has some kind of weird Aura option that either builds off of Characters within the army (those touched the most by Papa Nurgle) and then activates into the units of the Plague God Followers.  I am excited about this as it means will see some kind of Doctrine option that might be powerful and interesting.  I am hoping it isn’t too complicated and instead follows a very distinct path of usage similar to Epidemius’ Tally and other options.  I think those are easier as they reward what you are already doing and is easy enough to follow thru.  I also like how they are taking some of the regular Chaos Space Marine stuff that is available to DG and making them well – like the DG.  This would be the Possessed and I hope the regular Chaos Lord and other basic options.  Heck, could you imagine if DG got some kind of Havoc option?

The other big crazy reveal – besides how tough Morty is looking – is the lack of Death to the False Emperor.  This is pretty big as while it is a rule we have all forgotten – it was a very powerful one in the coming age of the Space Marine.  It also worked really strangely in the new game as you could somehow stack activations.  Now I don’t know if it is just going for DG and will show up in some form for the Chaos Space Marines – but I found it odd as it is not on Morty’s data sheet.  I also saw how Morty now has to be the Warlord unless you got someone else in the army that has to be it.  I expect a lot more “locked in choices” as well as the whole – if all DG you get X set of rules to be coming down the pipe.  This whole Contagion thing will be it.  The other interesting thought was that maybe Arch Contaminator might be gone from the codex.  I only say this if Morty doesn’t get it starting off.  It is one of those very powerful Warlord Traits that was stuck in an army that had issues getting work done in 8th edition and now in 9th they are just not feeling as lovely as they were before.  We’ll see how the new book works out for them but I am excited if we can see some more “mid table” effectiveness. 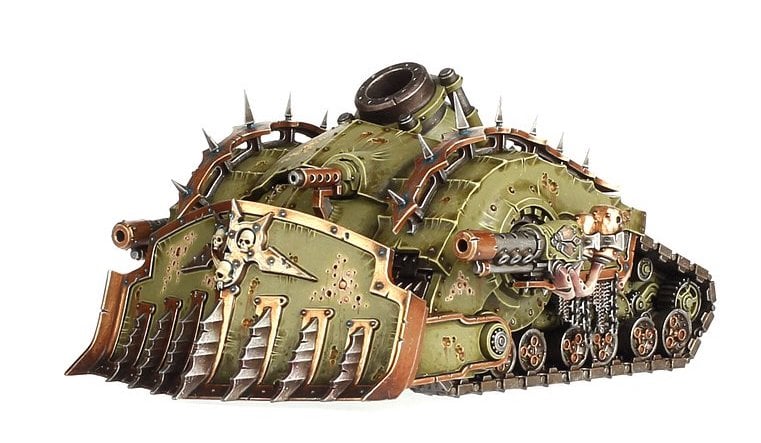 The other big reveals from the week were the swath of Daemon Engine goodness from newly fresh DG models.  I saw that all of them are moving to a flat 3+ to hit just like Forge World stuff got updated.  This could be huge and points towards other Chaos stuff getting crazy 3+ to hit too in the future.  Defilers, Soul Grinders, Maulerfiends, and Forgefiends seem really poised to be very interesting in the coming edition. I expect the Lord Discordant to have some kind of change as the flat +1 to hit might be too good if all your guys now hit on a 2+.  Makes me think will see him do a reroll 1’s to hit for Daemon engines in the future – with some kind of weird +1/-1 ability like the Tech Marines for Space Marines.  The DG daemon engine I am most excited to see is the Foetid Bloat Drone.  The Bulldozer option was hampered by having a 4+ to hit but if you look at its current stats – 10 attacks on the charge with a Str 8/-2 AP/2 D attack seems pretty spicy if hitting on 3’s.  It is fast as heck too and randomly tough.  I am guessing it is going to switch towards the FW drone’s stats to make it where it doesn’t degrade like the Myphtic Blight Hauler.  I really get annoyed with low wound models with degrading stats as it just makes them not nearly as interesting. Heck if the Maulerfiend goes to hitting on 3’s with all their crazy attacks we got see a Renaissance of people needing to take anti tank/big guns never tire in games.

It’s interesting on the Chaos front to see Daemons do so well in 9th edition.  I initially rated them high just due to the factor of how Fast Slaanesh can be, their ability to mix Daemon types to gain the most, and having a lot of play with the initial secondaries.  I have seen a lot of Slaanesh do well and while it moves towards the Monster mash style I like with Fiends and Keepers I still like the idea of a ton of Daemonettes rushing the board.  It feels like one of those armies that will almost always play the same – thus giving you a good advantage most games as your plans won’t be “stopped” by your opponent.  I am sure if that style of army works out too well will see some kind of bolter hell army come to the front or some other “high damage” fast movement army to remove some of their speed and advantage.  The Chaos Daemon book is such a weird one as I feel it needs a lot of work to get better – but it has effective stuff in it.  It also has tons of weird options that are just very expensive to get and with the design towards being very “horde-like” it gets hard to have that army. 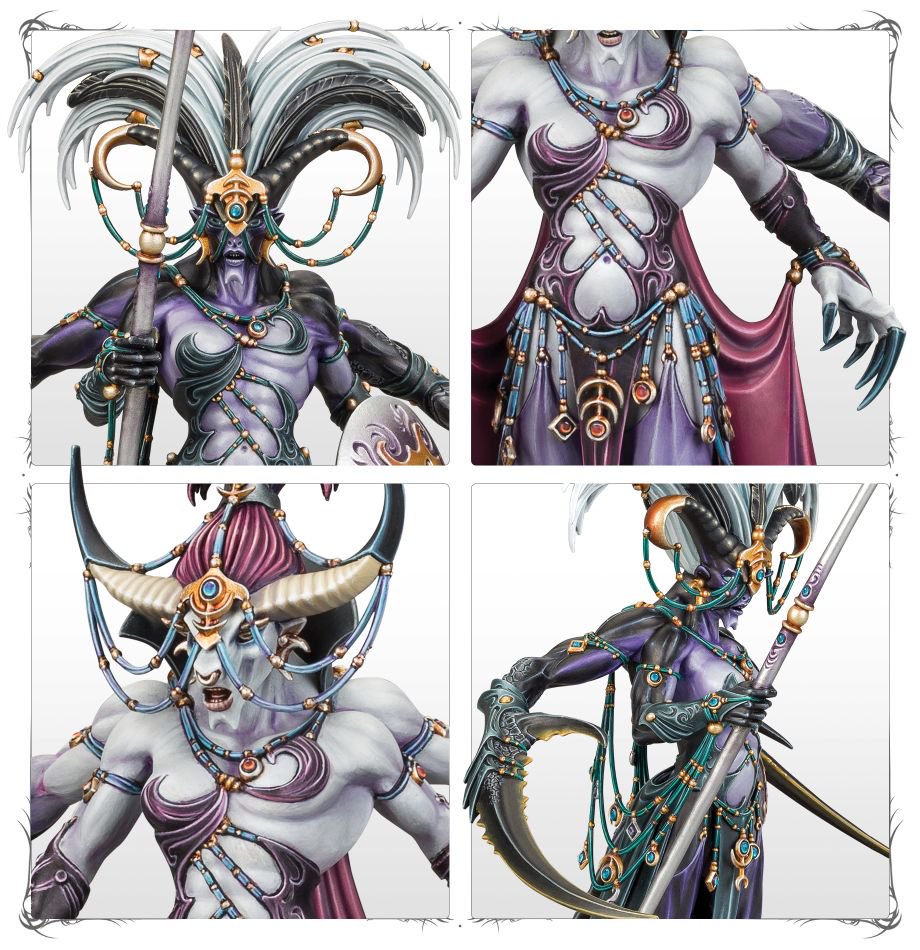 How are you guys feeling about the tidbits of DG and how it interacts with the Chaos stuff?  I am pretty bummed we are not seeing more FW with DG and T Sons rules but I am hoping for an FAQ or something else to “fix” that.  What are you ready to start messing around with?  I have seen a lot of Defilers getting worked on and I am just waiting to see the book before I dig around and find all the old ones I got to mess with.

Until next time – Death to the False Emperor!

Author: Thomas / Goatboy
Thomas Reidy, aka Goatboy, the ever-evil member of BoLS. I do arts, play 40k, and even paint a lot of stuff. I have been playing Warhammer 40K since the 1990s, and have won multiple national events including Adepticon and GW GTs. I've been writing for BoLS for 15 years. Look at my Instagram to see what I am working on - or working on for someone. I am always doing something hobby related.
Advertisement
Chaos Marines Death Guard Rules Warhammer 40k Warhammer 40K 9th Edition
Advertisement 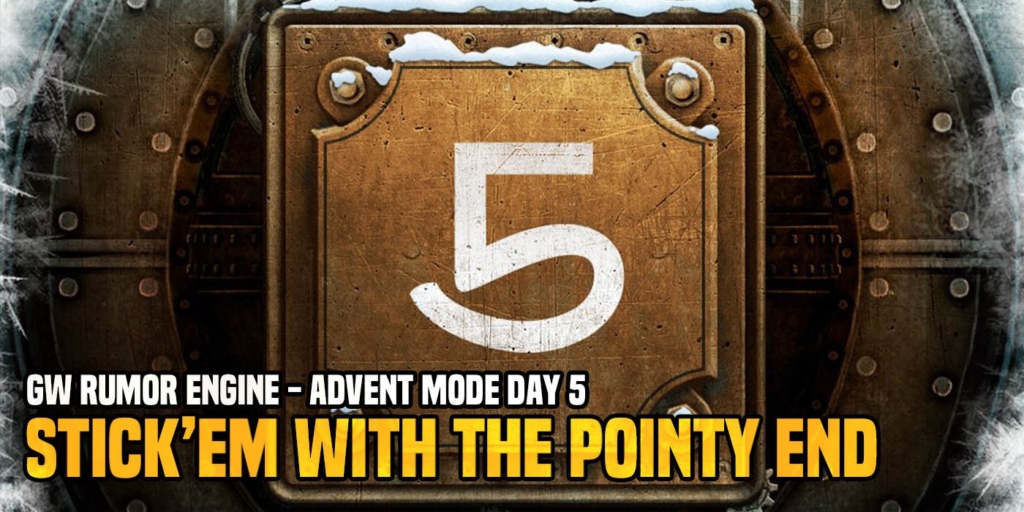