People of Earth beware! Another monster for the Zerkalo Bloc Destroyers faction has arrived! Let’s see what kind of firepower Voyaka 099 brings to the table. 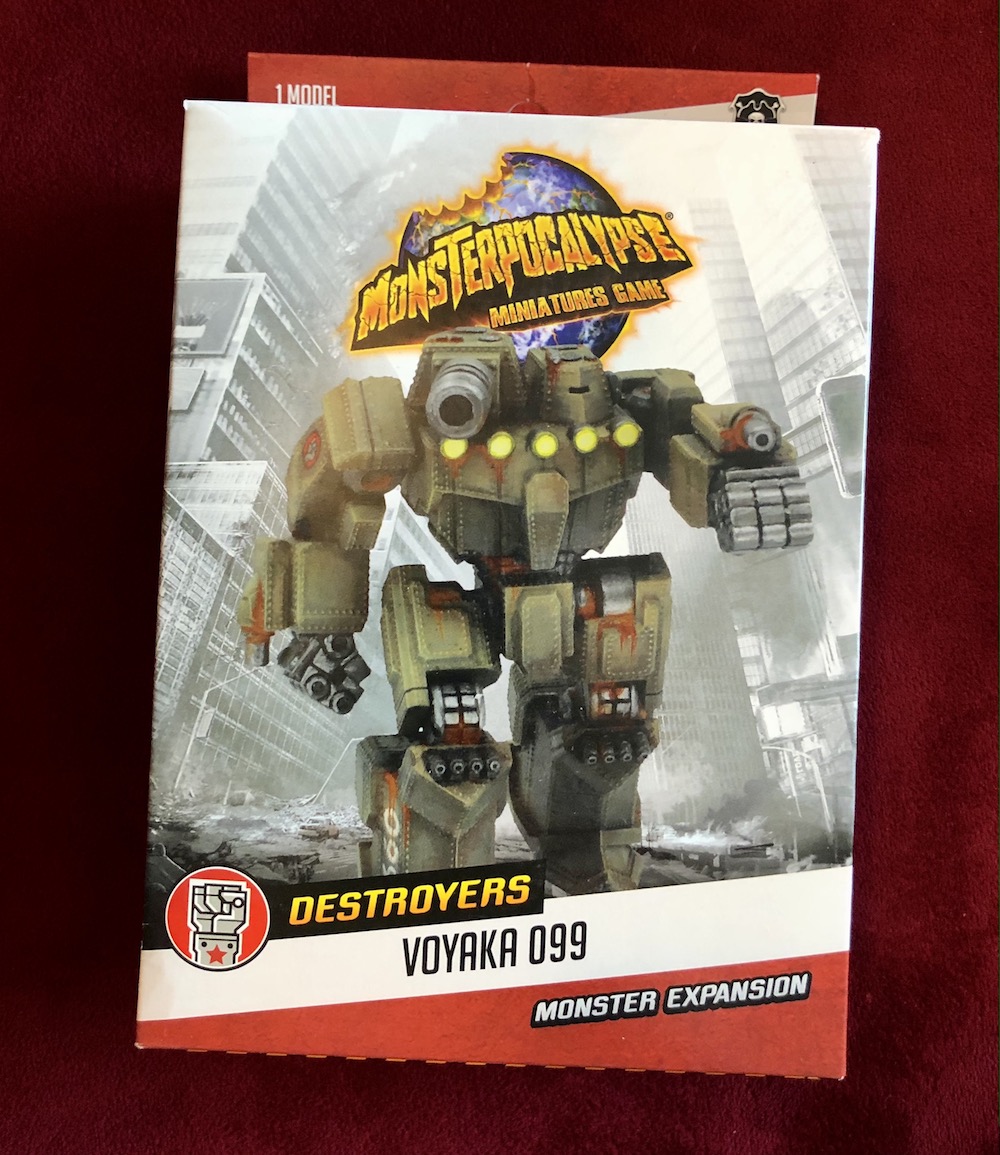 Voyaka 099 is the second monster for the Zerkalo Bloc. With an impressive shoulder cannon, wrist cannons and even knee cannons, this monster is bringing some impressive looking firepower. 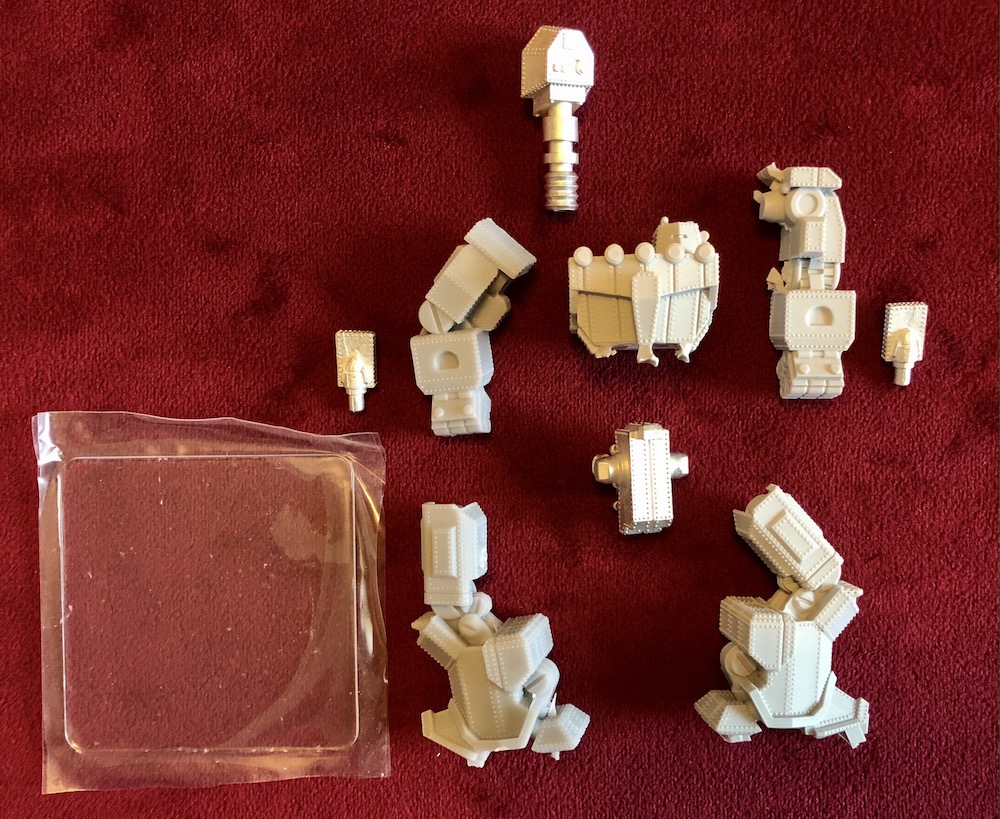 This model is a mix of resin and metal, with the shoulder cannon, wrist cannons and leg connector being metal and everything else resin. 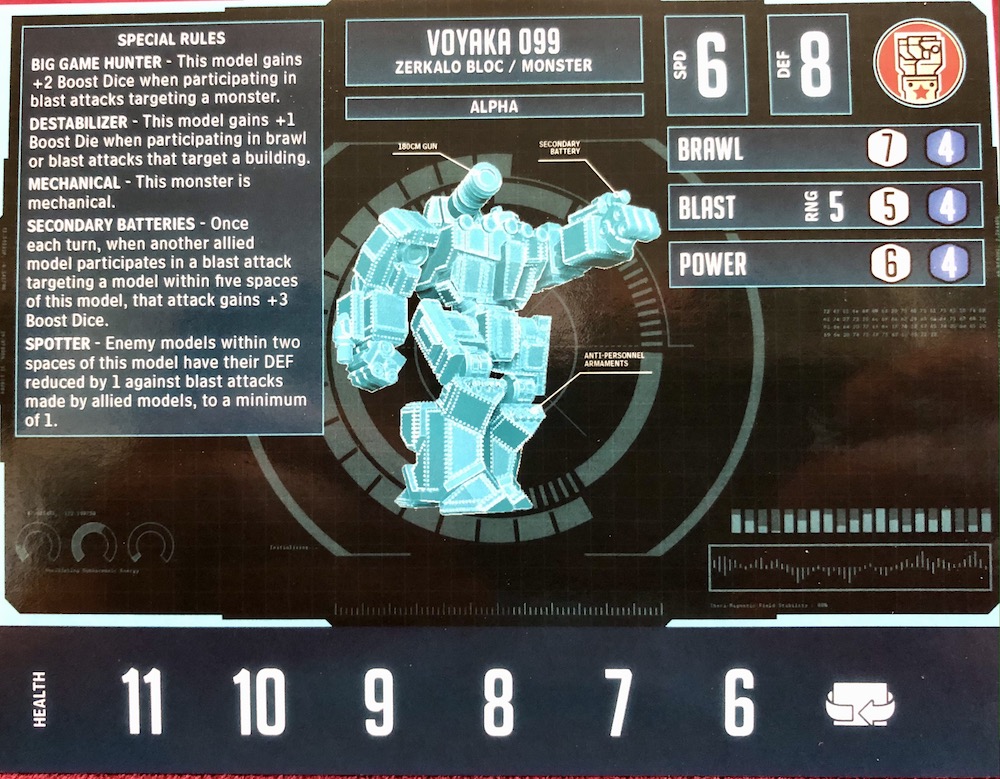 In the early game Voyaka is going to be able take pot shots at range, getting extra dice against both monsters and buildings due to Big Game Hunter and Destabilizer. With SPD 6 and Range 5 there isn’t going to be many places Voyaka can’t shoot at.

However hanging back all game isn’t where Voyaka wants to be, both the Secondary Batteries and Spotter ability require Voyaka to be up in the fray. Your ranged units will be able to punish enemy models for just being near Voyaka. With Spotter lowering defense and an extra +3 Boost dice your units should easily be able to plink some damage into enemy Monsters. 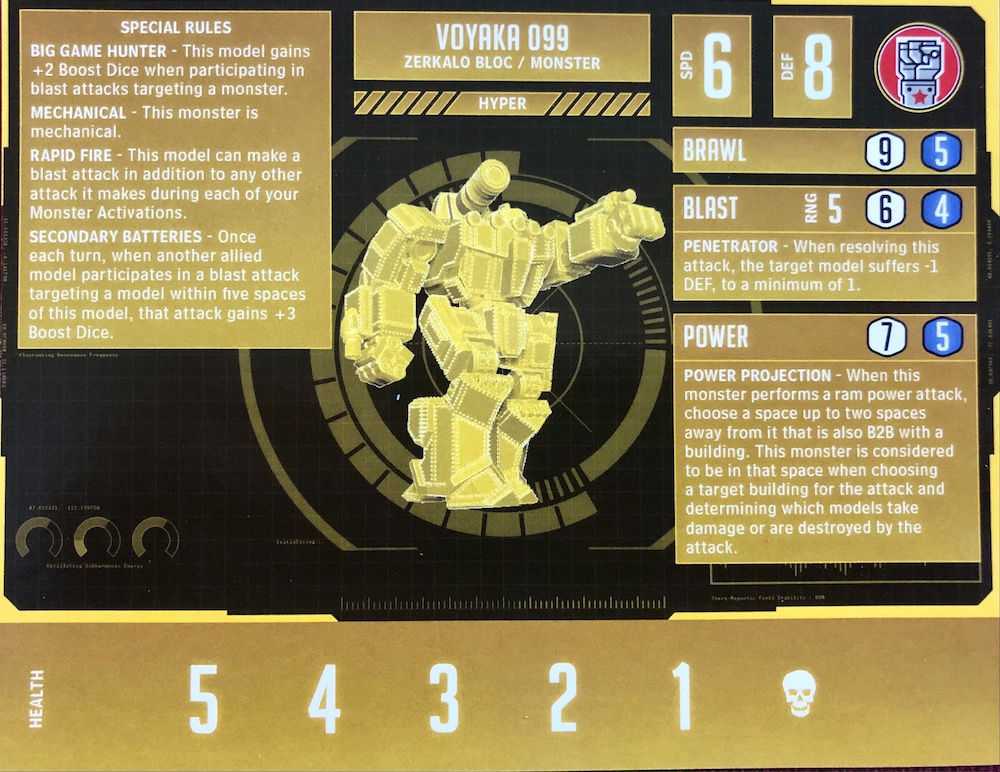 In Hyper Form Voyaka starts to really let loose with the guns, getting an extra shot each activation thanks to Rapid Fire and also picking up the Penetrator rule. Voyaka’s power attack gains Power Projection, which is an interesting way to destroy a building and do damage from an unexpected angle. In a 2 monster game this could be a nice set up for your second monster to get in a good position for a follow up attack.

Overall Voyaka 099 seems like a great monster to take in a supporting role. With decent health and defense Voyaka won’t go down quickly and provides some interesting mechanics for you to build your unit lineup around. 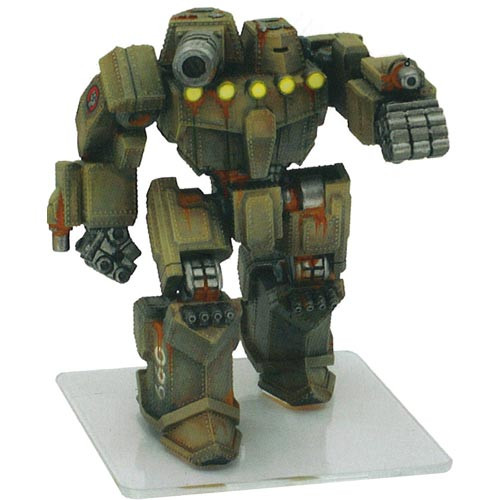 What do you think of Voyaka? Will this monster being making the cut in your Destroyers lineup?