Pathfinder 2nd Edition has a new pocket sized Bestiary out, as long as your pockets can hang with holding more than 400 monsters in them.

Joke all you want about Cargo shorts–that they’re a blight on humanity. That they try to substitute substance for style, but for most people they offer neither. That they’ve made an unfortunate connection to dads and college students who don’t know any better. That they should never be worn with socks and sandals, but seem to most frequently be combined with those two–I get it. But, they can hold the Pathfinder 2nd Edition Pocket Edition rulebooks and that takes some doing.

Because each of the Pathfinder 2 books is bigger and beefier than before.Take the Bestiary, the latest book to hit a Pocket Edition. There are 360 pages in this book, each of which is packed with enough monsters to bring the total above 400 different monsters. Each one of these monsters is collected by category, and the 2nd Edition Bestiary does such a good job of adding keywords to each monster so you know what they’re doing. We’ve talked before about how the new monster system in 2nd Edition makes it a whole lot more modular, making it easier to custom-build your own monsters. And the pocket-sized books condense everything down to make them easier to carry.

Check out the Bestiary, now available in a small enough bundle for a goblin, but with a dragon hoard’s worth of monsters. 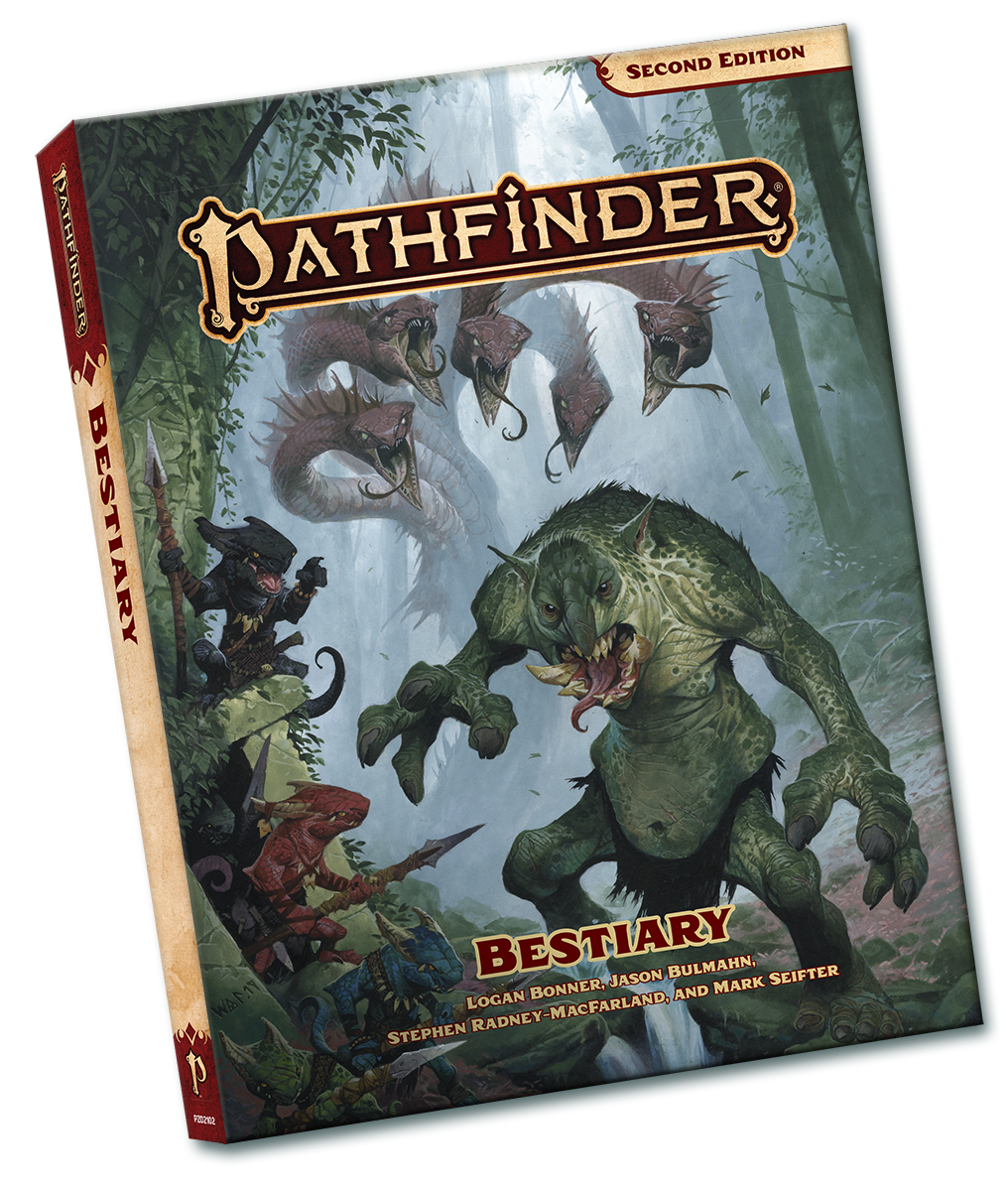 More than 400 of fantasy’s fiercest foes burst from the pages of this enormous 360-page compendium of the most popular and commonly encountered creatures in the world of Pathfinder! From familiar enemies like orcs, dragons, and vampires to new horrors like the living-nightmare nilith and the three-headed mutoli, to suitable servants for summoners of every alignment, this must-have companion to the Pathfinder Core Rulebook is crawling with creatures perfect for your Pathfinder adventures!