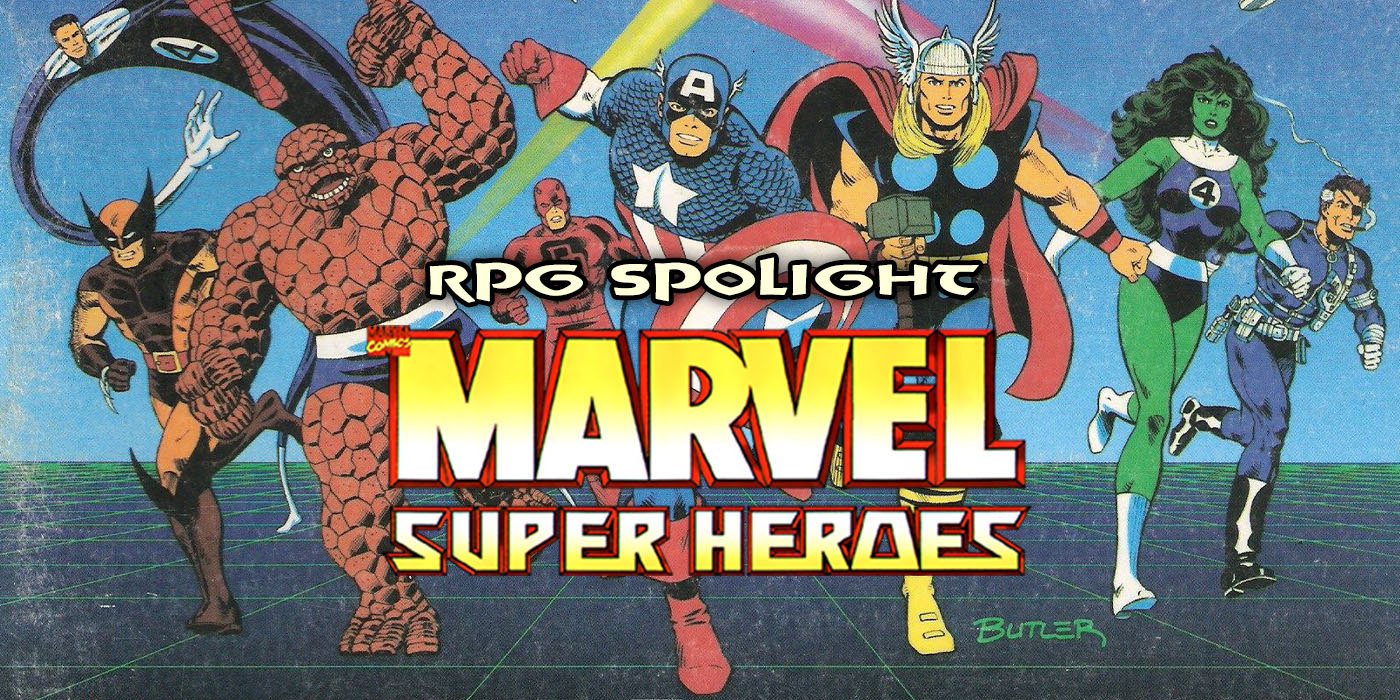 Avengers Assemble! This week we’re learning to wield our great power and hopefully developing some of that great responsibility with Marvel Super Heroes!

In 1984 TSR published Marvel Super Heroes, an easy to understand and simple to play take on tabletop RPGs and a way for fans to become their favorite superheroes. While some games such as D&D or current superhero based MASKS has players make their own unique characters, Marvel Super Heroes took a drastically different approach. Sometimes we all want to go back to pretending to be the characters we saw in comics or on TV, let’s just pretend to be them. You could, of course, play as your own unique creation. But c’mon. We know why we’re here. 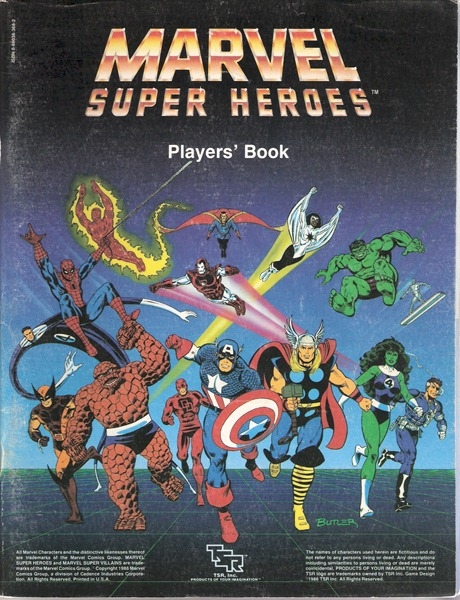 Those rare players who did want to bring their personal OC to life would find a similar take on character creation as Dungeons and Dragons, where abilities were determined by random dice rolls. But if they had a very clear vision for the hero and randomly assigned numbers wouldn’t work there was a system in place to allow them to describe their character to the GM and have the player and GM work together to design a version of this hero that would be playable and wouldn’t break the game.

For the most part gameplay depends on percentile dice and a series of a Universal Table that shows how a character’s attributes (Fighting, Agility, Strength, Endurance, Reason, Intuition, and Psyche) can shift their abilities up or down. For example, Iron Man has a “Reason” stat of “Incredible” which is good for a forty point boost on the table, making his checks against Reason easier than other characters. In comparison Dagger has a “Good” rating in Reason which only offers a ten point boost, but has an Endurance that’s rated at “Remarkable” which give her thirty more points to any endurance rolls. 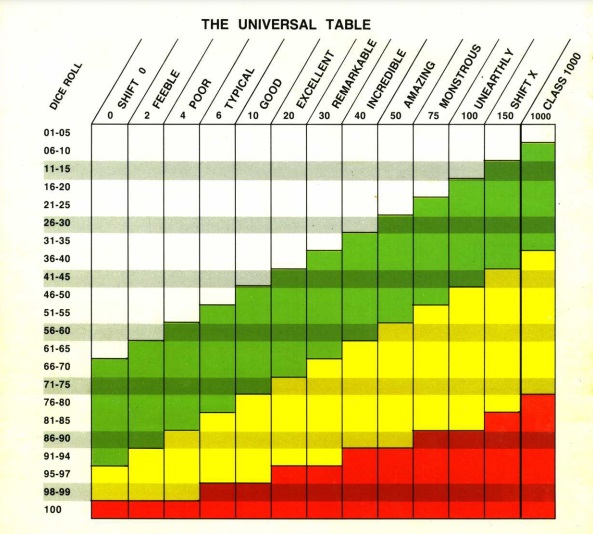 About now you may be thinking that these ability ratings sound more like Hogwarts wizardry tests than tabletop roleplaying games, and it is a bit of a silly gameplay system when you really think about it. But the color coded chart makes these attribute ratings so simple and visual that it’s almost hard to mess up. Green is good, red is bad, yellow is somewhere in the middle. Plus, the choice to use adjectives to rank these traits instead of numbers makes the Marvel Super Heroes game feel very comic bookesque. It’s absurd on its face, but so are most comics.

Of course, it wouldn’t be a super hero game without superpowers, and Marvel Super Heroes gives players a lot of wiggle room to play with their character’s powers. In fact, they basically work as needed while less integral-to-the-character talents piggyback on larger attributes. 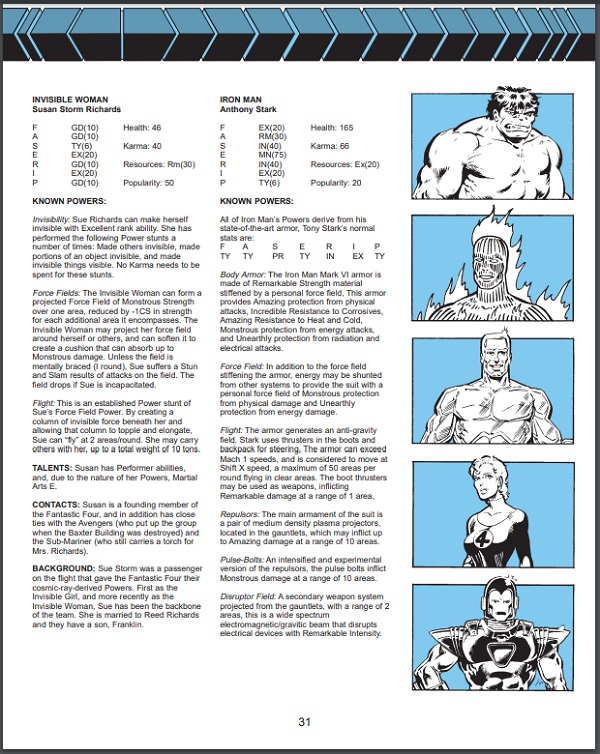 Despite giving players first hand access to some very popular characters, Marvel Super Heroes was not as warmly received in the 80s as it could have been. Its simplicity and reliance on super hero tropes made it feel juvenile and for younger or less experienced gamers before they sunk their teeth into more mature games. But almost forty years later the MCU is huge and more simple games have gained in popularity to a dramatic degree, I think there may be a place for Marvel Super Heroes again.

Unfortunately TSR and Marvel Super Heroes are no longer around, but if you’d like to find more information on this game there are a ton of resources and even a few helpful PDFs out there for you to check out.