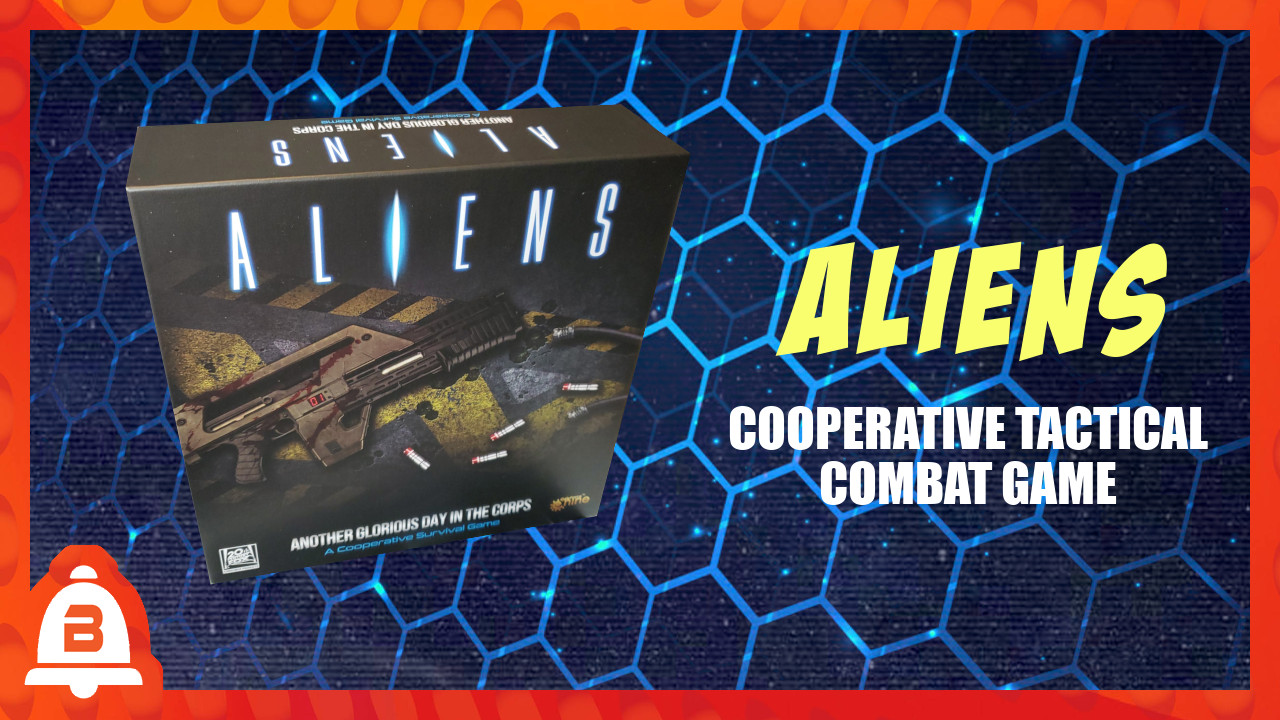 Hadley’s Hope has gone silent and this woman is saying to nuke the planet. Let’s just exploit whatever we find there at the cost of whoever is left.

Aliens come in all different styles. Some just want to phone home. Some are huge amnesia-ridden war-bots. Some are subversive masterpieces. And some are not very subtle about their symbolic imagery. Today, we talk about the last item on that list, the Xenomorph.

Aliens: Another Glorious Day in the Corps is a mission-driven cooperative survival combat game with unique player abilities and dice rolling mechanics. As it is mission-driven, each mission has a unique setup and victory conditions, but the defeat conditions remain mostly the same: survive long enough to complete the mission. The players can choose to play through the story missions, which follow their characters through the story of the movie, and carry along any equipment along the way, or as one-shot standalone missions. One thing I really like about the storyline element is that if a character is captured, they can be regained by going on the Rescue side mission. 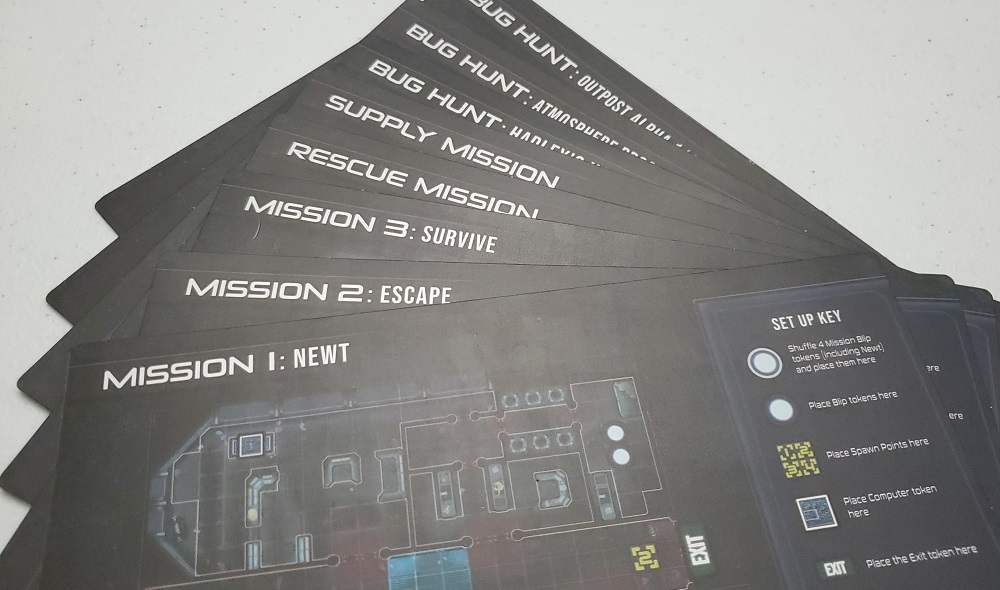 Arguably the main mechanic of Aliens is the Endurance deck, which is used as a general resource for many of the game’s effects, including ammo and as a random effect generator. Most weapons require the player to Exhaust a card from the Endurance deck, which is simply moving a card to the Exhaust pile, facedown. Some effects will have players Discard cards. Once a card is discarded, it’s gone for good, but some effects will allow players to recycle cards from the Exhaust pile back into the Endurance deck. And if a player is ever asked to Exhaust a card with an empty Exhaust deck, they start discarding Exhausted cards as well. 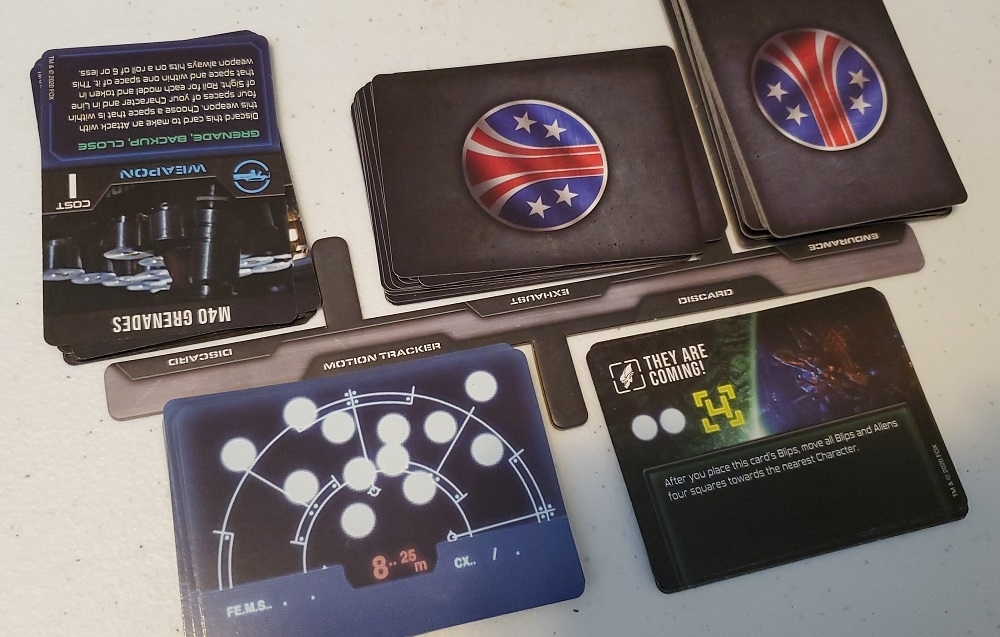 On top of all that, the Endurance deck is where players will be getting all their new equipment and items. But mixed in there as well are some Hazard cards, which if drawn or Revealed, do bad stuff. And wouldn’t you know it, but items must be equipped before they can be used and equipping uses up Endurance as well. Also same story for playing Event cards. So a lot of things use up Endurance!

Some of the cards say swears. Don’t tell mom.

Each marine also has a rank, which allows them to command Grunts. Each mission has a full squad of characters even if there aren’t enough players for all of them. The remaining characters are Grunts and can be commanded by any of the players at the end of their turns. The number of Grunts a player can command is based on their military rank, from 1 to 3. Each character also has unique stats and abilities. 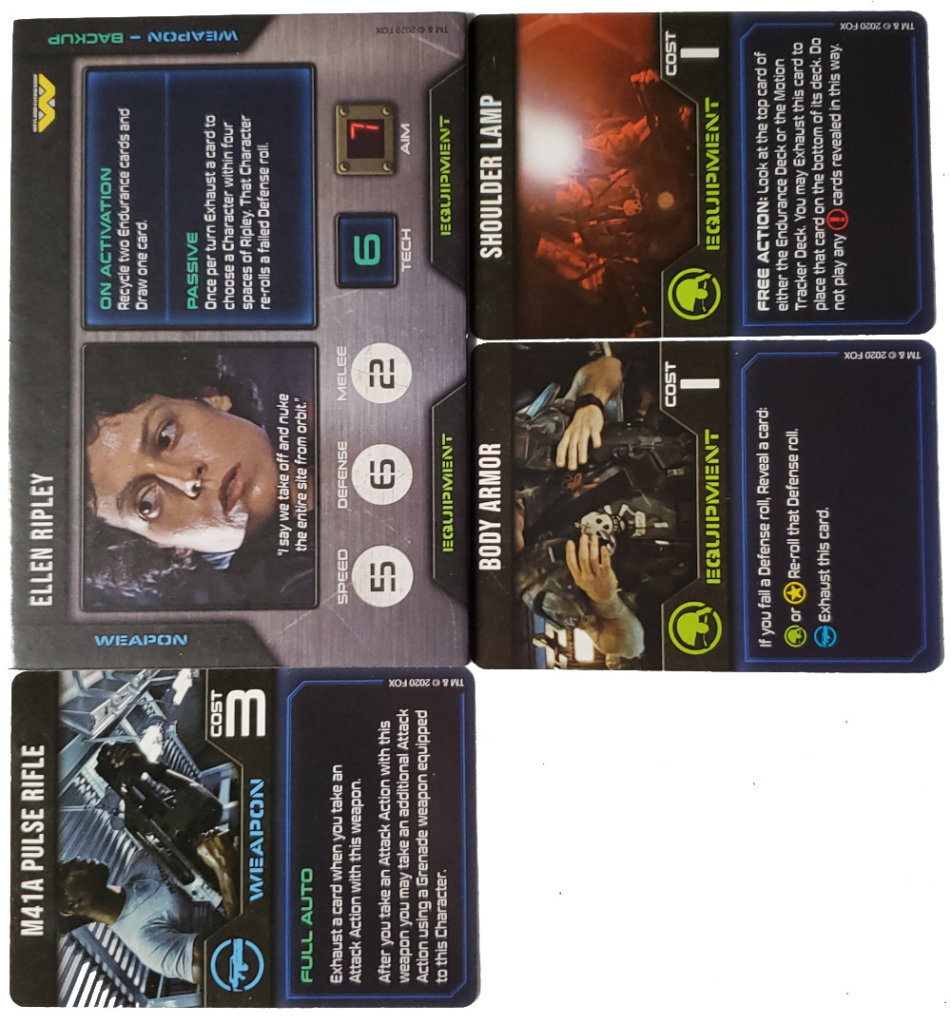 Another main mechanic is the Aim Dial. Each player starts every turn with the Aim Dial set to the Aim stat, and the Aim Dial is lowered by 1 with every attack, which might not seem like a big deal with only 2 actions per turn. However, Full Auto weapons allow players to attack as many times as they want, until they miss, Exhausting a card with each shot fired. 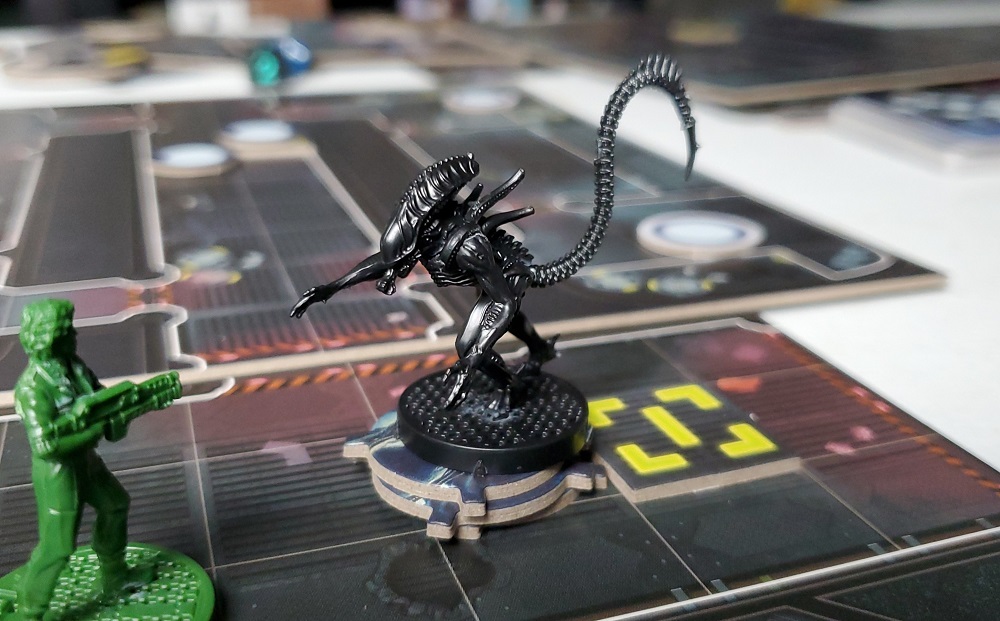 After every player has taken their turn, the Alien Phase begins by activating any aliens on the board, which is a pretty straightforward move and attack mechanic. After that, any Blips on the board move. Blips are created during the last step of the Alien Phase and are placed from drawing a Motion Tracker Card, which shows how many Blips to place at which spawn point. Blips remain secret until they are within the line of sight of a character, at which point they are flipped over to reveal a number that shows how many aliens are in that swarm. This gives a real sense of suspense of not knowing what is headed towards you at any one moment. Could be a single alien, or could be a whole swarm of them!

If the players are able to complete their objective before all dying or getting captured, they win the mission! Otherwise, it’s game over, man. 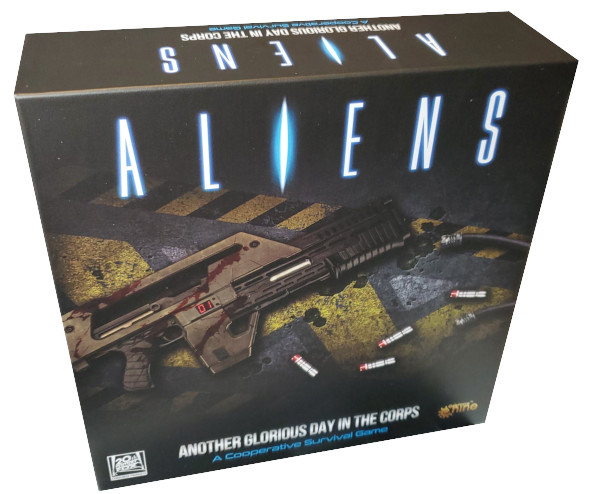 Listen up, Marines! Here’s the situation. The terraforming colony on exomoon LV-426, Hadley’s Hope, has unexpectedly broken contact. Weyland-Yutani Corporation, in conjunction with the Colonial Marines, is sending you to the binary system of Zeta Reticuli to find out what happened…

Lead a fireteam of Marines through the colonists base at Hadley’s Hope, searching for survivors and tackling the Xenomorph threat, whilst trying to figure out how to evacuate from LV-426.

Author: Matt Sall
Matt has loved games of all kinds his whole life: board, video, war, roleplaying. He's worked as a writer for BoLS since 2017. He's worked as freelance editor for board game rulebooks and has designed many of his own games as well.
Advertisement
Miniatures Rules Tabletop News Videos
Advertisement 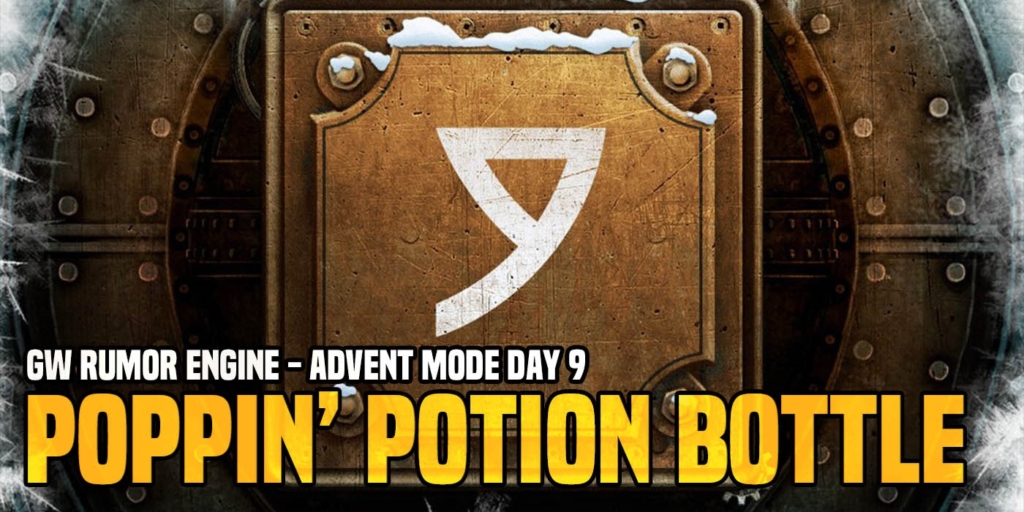