ToyLand: Jump in the Ring with Masters of the Universe Inspired WWE Figs 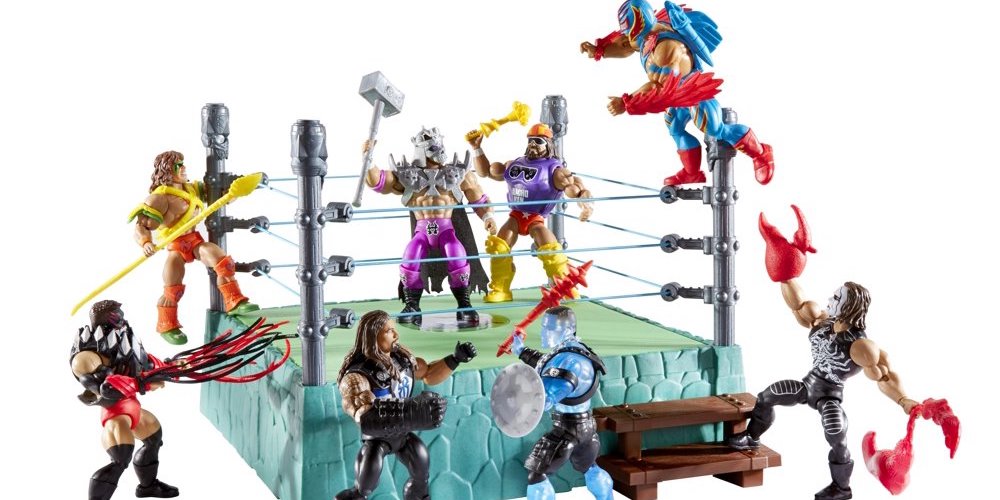 The Masters of the WWE Universe line takes MOTU retro bodies, adds more articulation, and turns them into famous WWE heroes and villains. The two franchises collide in weapons, costumes, and overall visual style. These four are just the latest to jump in the fight. There are two themed rings out now – Rattlesnake Mountain and Grayskull Mania – as well as several other WWE superstars and their nemeses. Each is 5.5″ tall and comes with a collector’s booklet with a bio and mini-comic.

Now – choose your fighter, tag-team, or heel and jump in the ring! 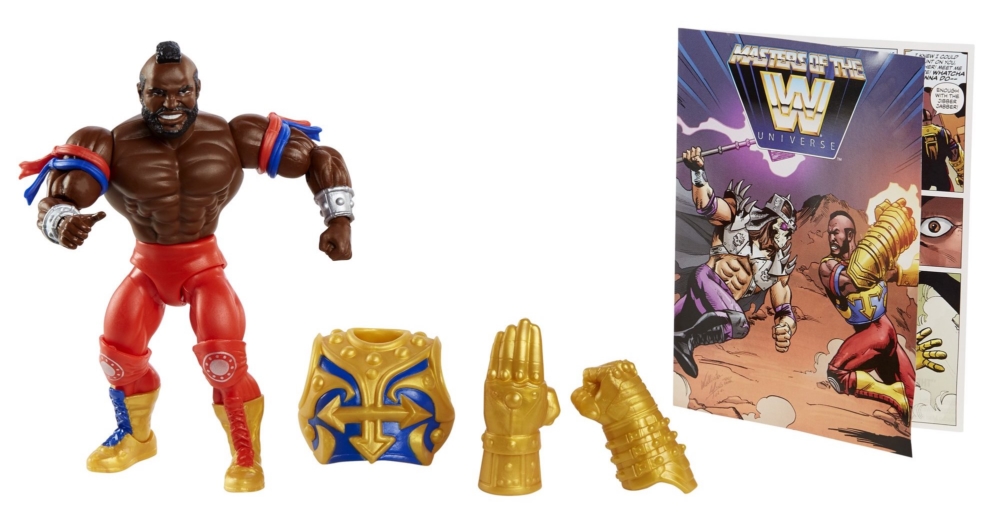 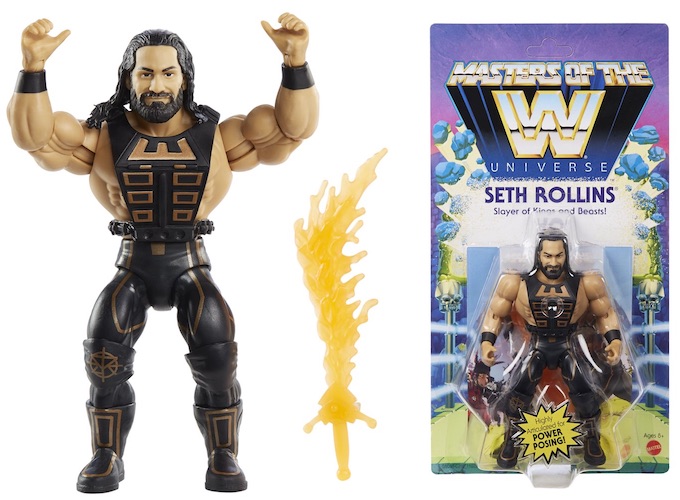 WWE Masters of the WWE Universe “The Fiend” Bray Wyatt 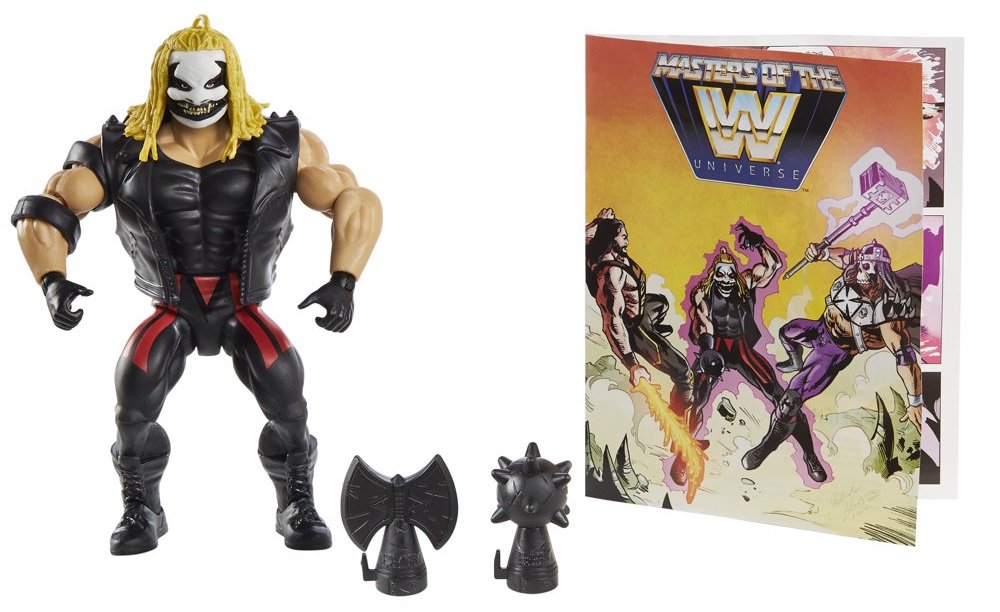 WWE Masters of the WWE Universe Jake “the Snake” Roberts 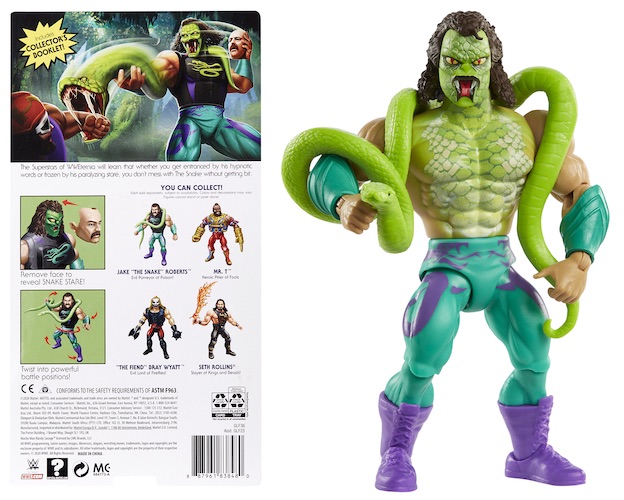