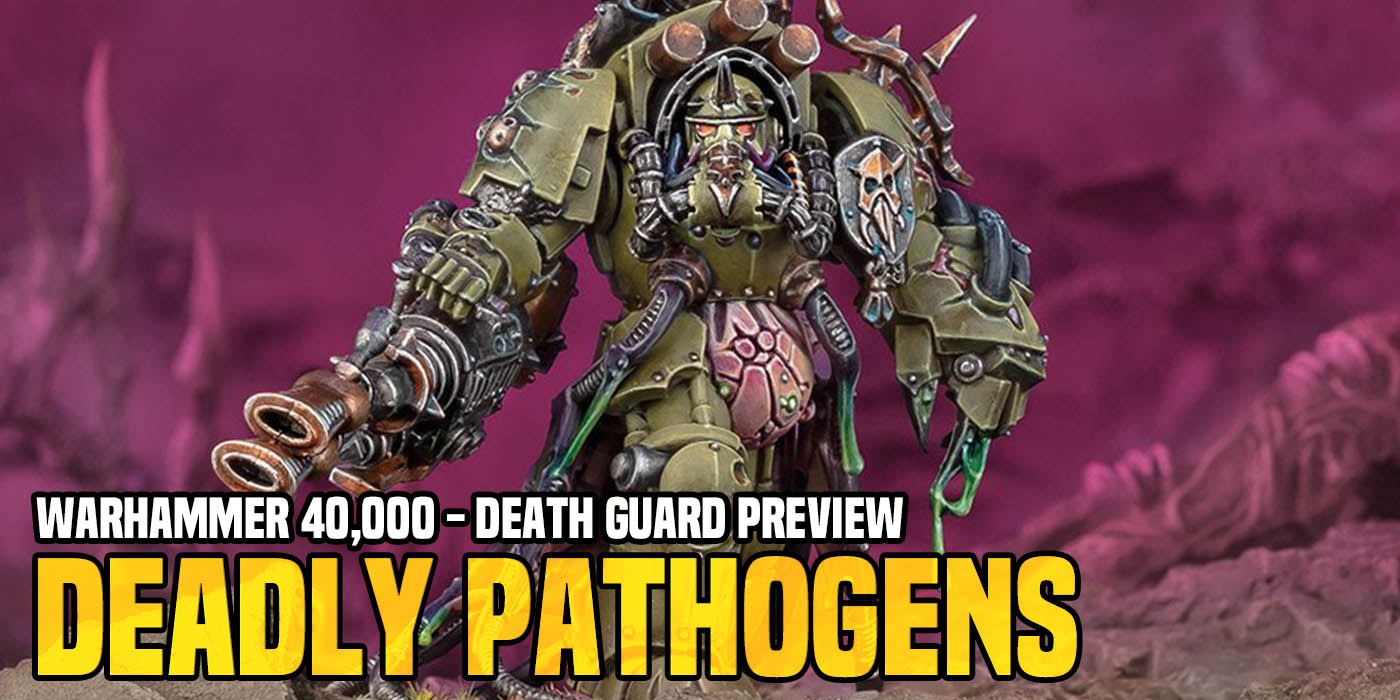 Games Workshop is rolling out some new changes and previews for the Death Guard – come take a look at this next batch of updates!

Yesterday, we got a look at the some of the Death Guard changes coming in the new codex. Today, we’re getting another batch of updates.  The followers of Nurgle are looking poised to make a  big dent on things in 40k so let’s see what else they are packing.

“Next up is their Deadly Pathogens ability. These optional upgrades can be applied to a Plague Weapon wielded by one of your Death Guard Characters for a nominal charge in points/Power. Not only does a Deadly Pathogen add 1 to the Strength of the Plague Weapon, but you can also choose one of seven effects to apply to it as well.”

So for starters, Deadly Pathogens ups the strength of a plague weapon by 1. That’s already a nice boost. On top of that, there are 7 more effects that players get to choose from and apply one. What type of effects? Well, Viscous Death for one!

But wait, we still don’t know what the ability for Plague Weapon does – I mean, we have the previous codex, but did it change? Good news: now we know. 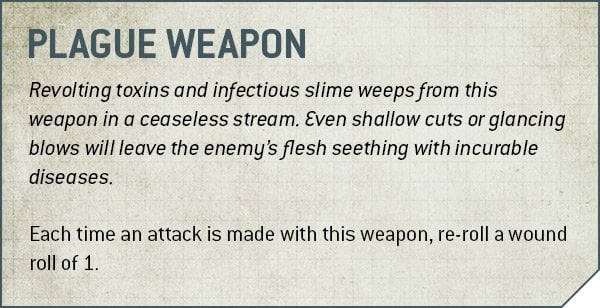 Plague Weapons all come with a built in re-roll wound rolls of 1. That seems pretty solid! Death Guard are not only one of the toughest armies out there, they also will have some pretty consistent wound rolls, too. 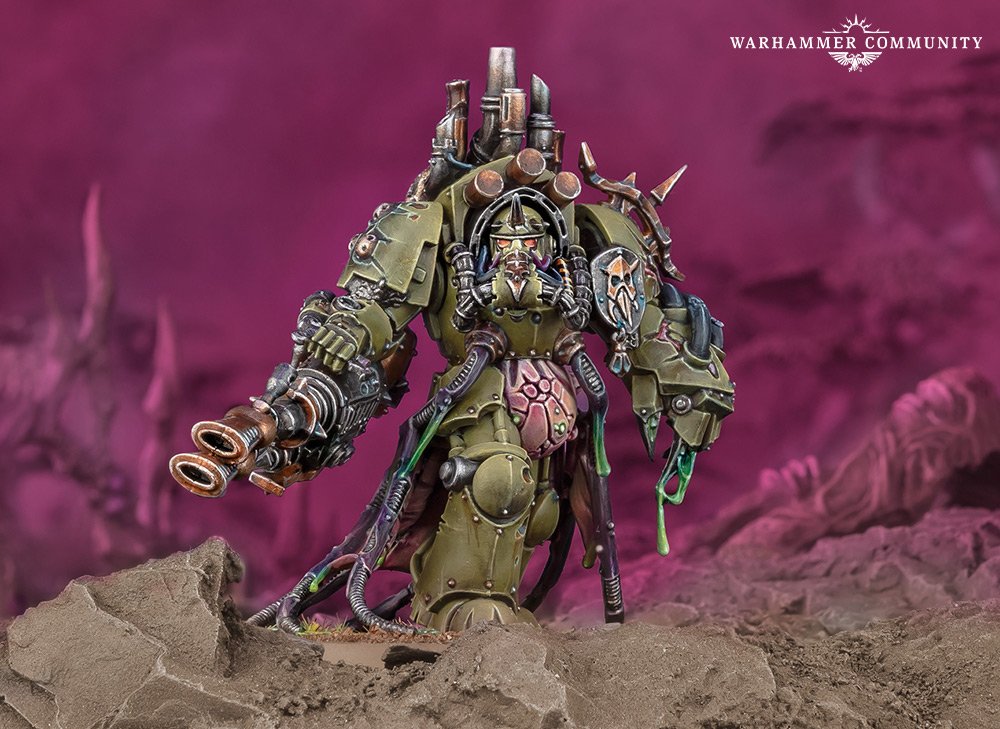 Games Workshop also teased some more info about the new Lord of Virulence – you know, the model they were teasing from a few different Rumor Engines. Well now we know what weapon he’s packing and it’s looking pretty nasty.

It’s basically a heavy flamer…with some tweaks. Note the 12″ range and the 2D6 shots. The Strength, AP and Damage are also inline with a flamer type weapon. First off, I’m glad to see this weapon get the range bump for flamer-type weapons. But check out those abilities. Yep. It’s an auto-hitting Plague Weapon. And that means the above effects also could apply to it.

So, with just the above rules in play, the Lore of Virulence will be dropping a Strength 6, auto-hitting weapon with a 12″ range on a target. Plus, he will get to re-roll the 2D6 to determine the number of shots if you get a low roll. And then you’ll get to re-roll 1s to wound! Oh and don’t worry about the “Heavy” classification because we learned yesterday that it’s not really going to matter for him (thanks to Inexorable Advance) . He’s going to chew through hordes with ease…and really anyone else he wants. Even Marines aren’t going to enjoy having the Lord of Virulence dropped in their faces.

Keep in mind that’s just 1 of the seven different Deadly Pathogens, too. It’s going to be interesting to see what else the Death Guard are going to be packing as their characters are already sounding tough and deadly.

The delay on the codex will only spare us all for so long…the Death Guard are coming! 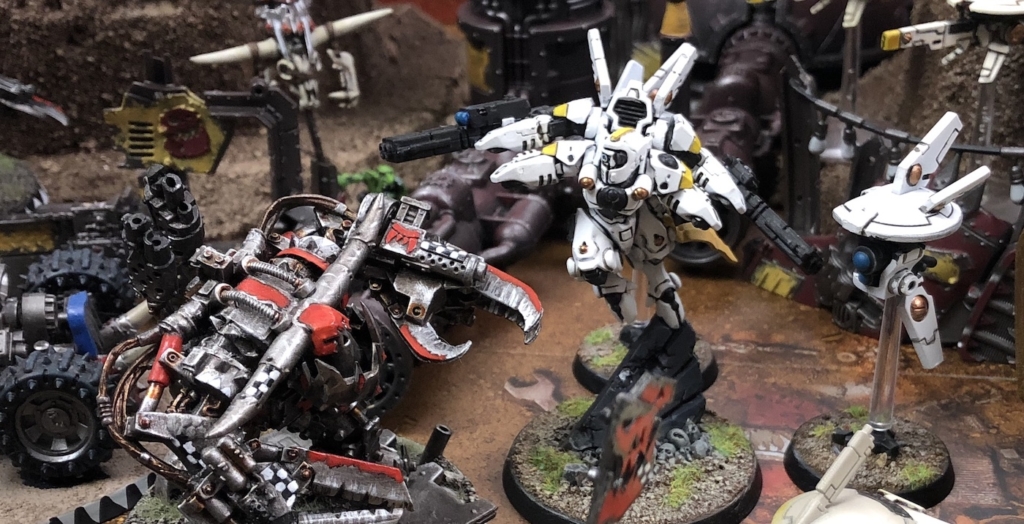