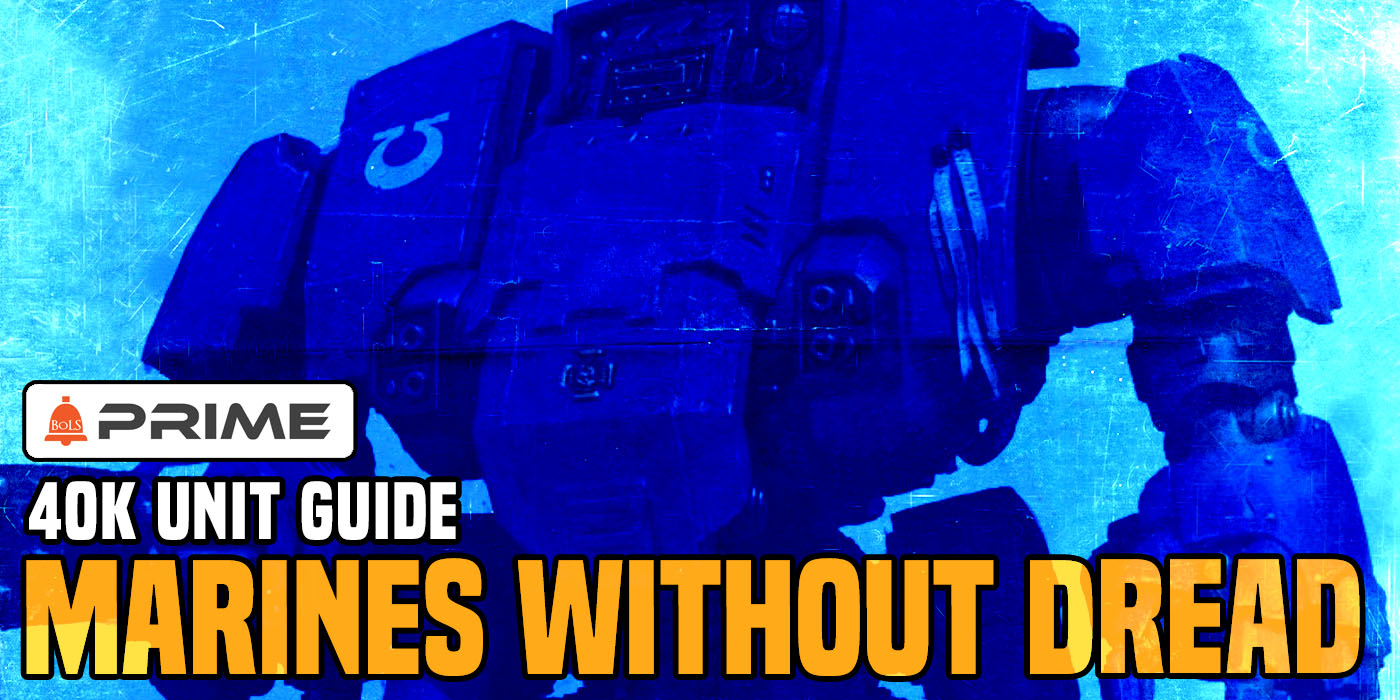 Today let's continue our in-depth look at the massive roster of Space Marine units and how to use them. Today we talk Terminators & Dreads.

If you haven't heard, Space Marines have a brand new Codex with a truly staggering amount of units. Such a massive roster (and that's just the units in the main codex) can be overwhelming. Luckily Marines are overall a fairly forgiving army. Still, skill is required to make an excellent list. We looked at Marine HQs and Troops, and some elites and more elites today let's continue our deep dive into the army and its datasheets, taking a look at the massive roster and how to best use them.
Terminator Assault Squad
Terminators, of which there are several variants, are the heavy assault unit of classic Marines. They represent some of the most heavily armored units in the Marine line up and fill a number of roles. They fill a similar role to Aggressors and Bladeguard Veterans in the classic Marine line up. All Terminator's share a few characteristics, including a base save of 2+, extra wounds and attacks over normal Marines and the option to deep strike. They also all have a minimum of a 5+ invulnerable save.

As the name implies Assault Terminators are a purely close combat focused variant of Terminators. Their 2 attacks base, as well as 3 wounds and a 2+/5++ save makes them both deadly and resilient to many attacks. B...