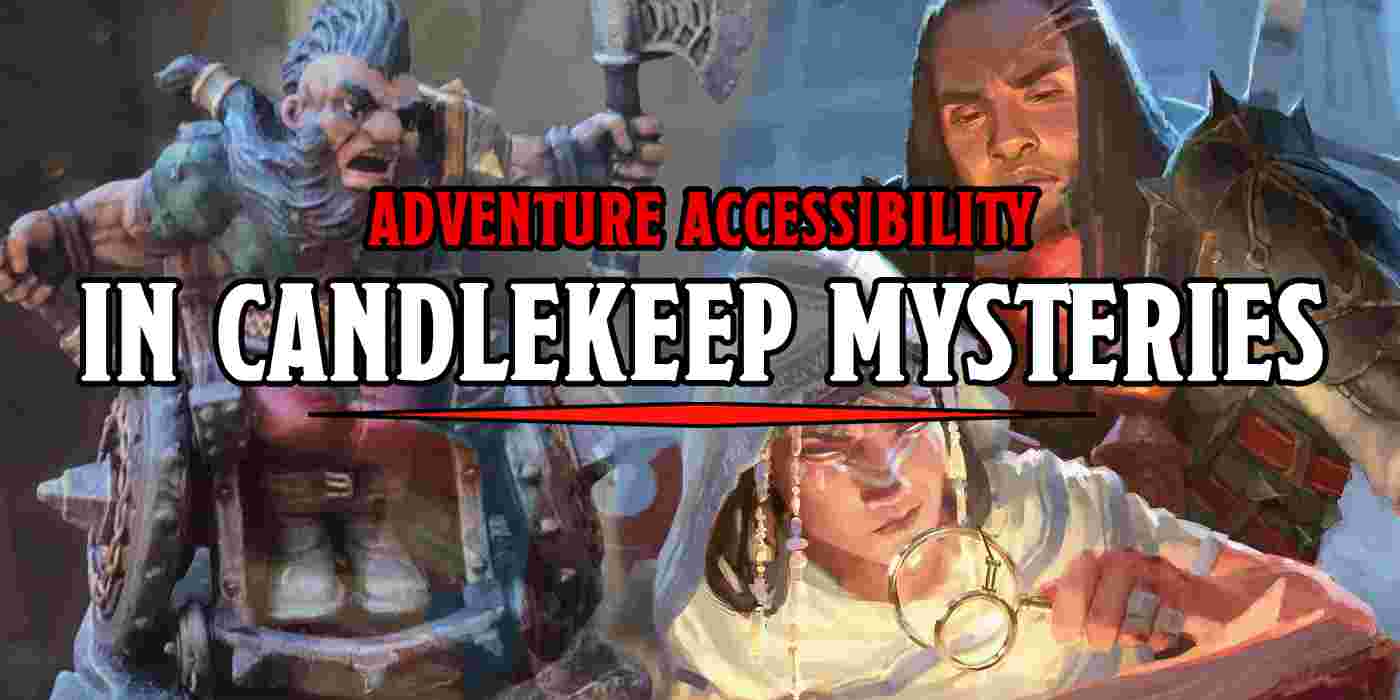 With the recent announcement of a new book, Candlekeep Mysteries, Wizards of the Coast promises to bring 17 new adventures from a swath of talented designers to your tabletop. At least one of those adventures will feature wheelchair-accessibility, according to a recent report from Polygon, who spoke with Jennifer Kretchmer, a prolific producer and actor as well as a talented streamer and advocate for disability and inclusion, and a fantastic designer of many kinds of games, including puzzles and RPGs. 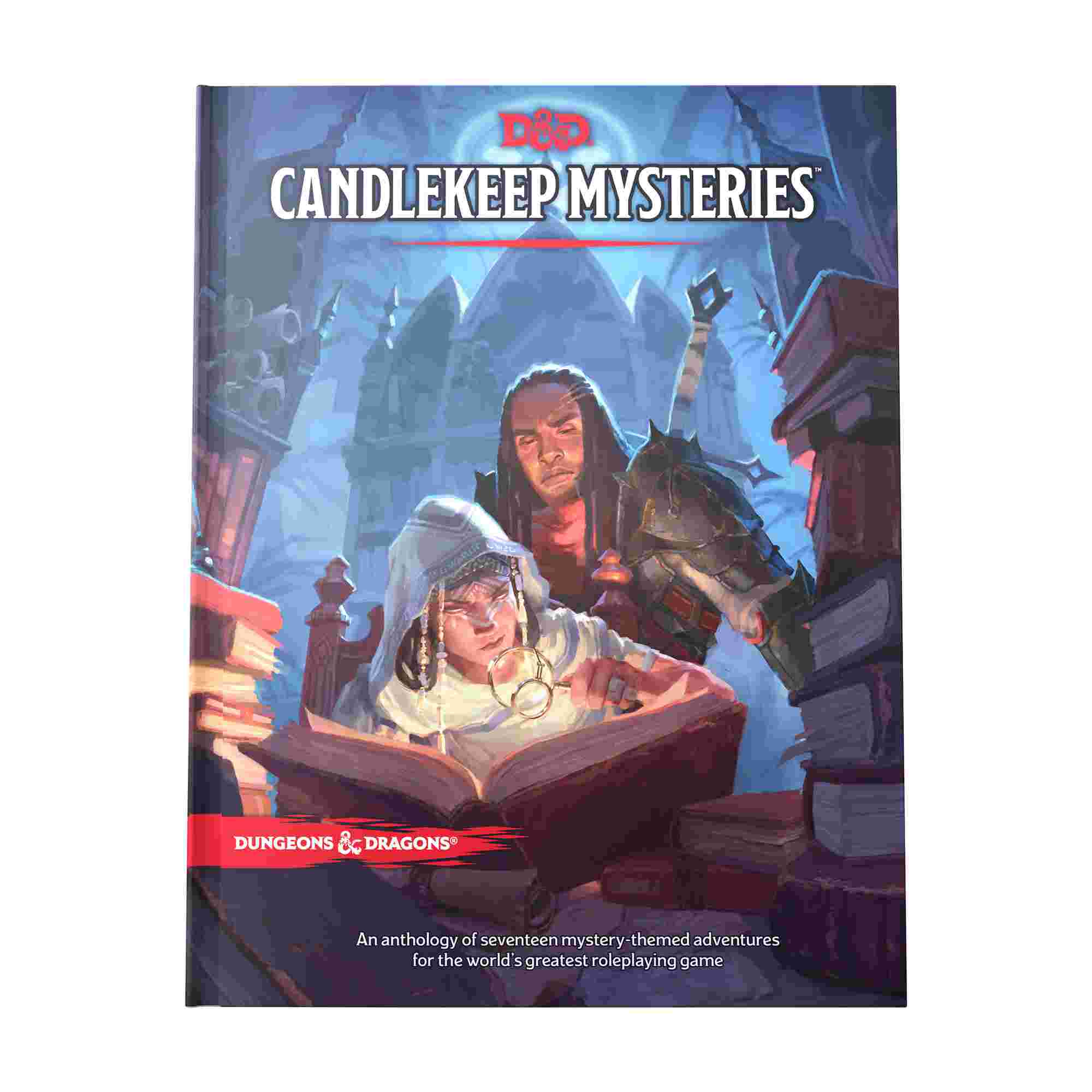 Kretchmer is one of the many writers featured in Candlekeep Mysteries, and if you’re a streaming fan you’ll recognize her from Silver & Steel. And if not, well, there’s a new show to while away the hours while you wait for your next campaign to kick off. Kretchmer spoke about her adventure and how she worked to make sure it was accessible to everyone:

“This is not something that’s new to tabletop gaming, or new to D&D, but it was important to me to make accessibility part of my dungeons. As an ambulatory wheelchair user, I wanted people to have the opportunity to see themselves represented in-game. We have the ability in fantasy to imagine things. We don’t have to pay to make those accommodations. This is something we can imagine in our brains, and it’s there. So it’s something that was really important to me to put in, into my design.”

As she puts it, accessibility in gaming is nothing new. Last year we saw a big moment for disability inclusion with the release of the Combat Wheelchair, a free supplement for D&D that sparked “conversation” which was mostly folks being accepting and excited about the fact that there were some rules for running a wheelchair-using hero, and saw folks from WotC staff to Matt Mercer himself, embrace the rules. Indeed, the Combat Wheelchair was recently featured in Critical Role, employed by an NPC.

And around the same time, Kretchmer worked up a compilation of resources for anyone looking to address accessibility in gaming:

Here it is, friends. A massive compilation of resources, documents, tools, and more addressing accessibility in tabletop gaming, streaming, and life. I'm incredibly proud to share my Accessibility in Gaming Resource. https://t.co/uzCODeeYjL (1/)

But for all that, there were still plenty of folks who were all too eager to decry this kind of representation, stating that a magic wheelchair is too unrealistic for a fantasy game full of magic and dragons, pointing out how, if they were DMing for it, they’d go out of their way to break it, and so on, culminating in death threats against its creator, Sara Thompson, for speaking for inclusivity.

In that light, it’s wonderful to see a big name like Wizards of the Coast so openly embrace diverse heroes with their latest book. As 2021 is showing, WotC has a long way to go to live up to their promise of promoting a D&D that’s more equitable and inclusive in its depictions of and accessibility to marginalized folks. Especially since so often, the work of making the game more progressive so often falls to the fans.

Only this time it’s got WotC’s official stamp of approval, a signal to the community that dungeon accessibility is welcomed as a part of the game. It’s a huge step forward for the biggest company in the RPG industry, and bearing in mind that other games out there have done as much or more, hopefully this won’t be WotC’s only mention of adventure accessibility.

WotC recently featured a panel on designing accessible adventures (and you can find Kretchmer speaking on it), and now we have at least one of seventeen adventures. It sends a hopeful message, but it will be even more interesting to see how WotC moves forward from here. Will we see more accessible dungeons? Will WotC hire more disabled writers to make sure their perspective informs future adventures and game design? 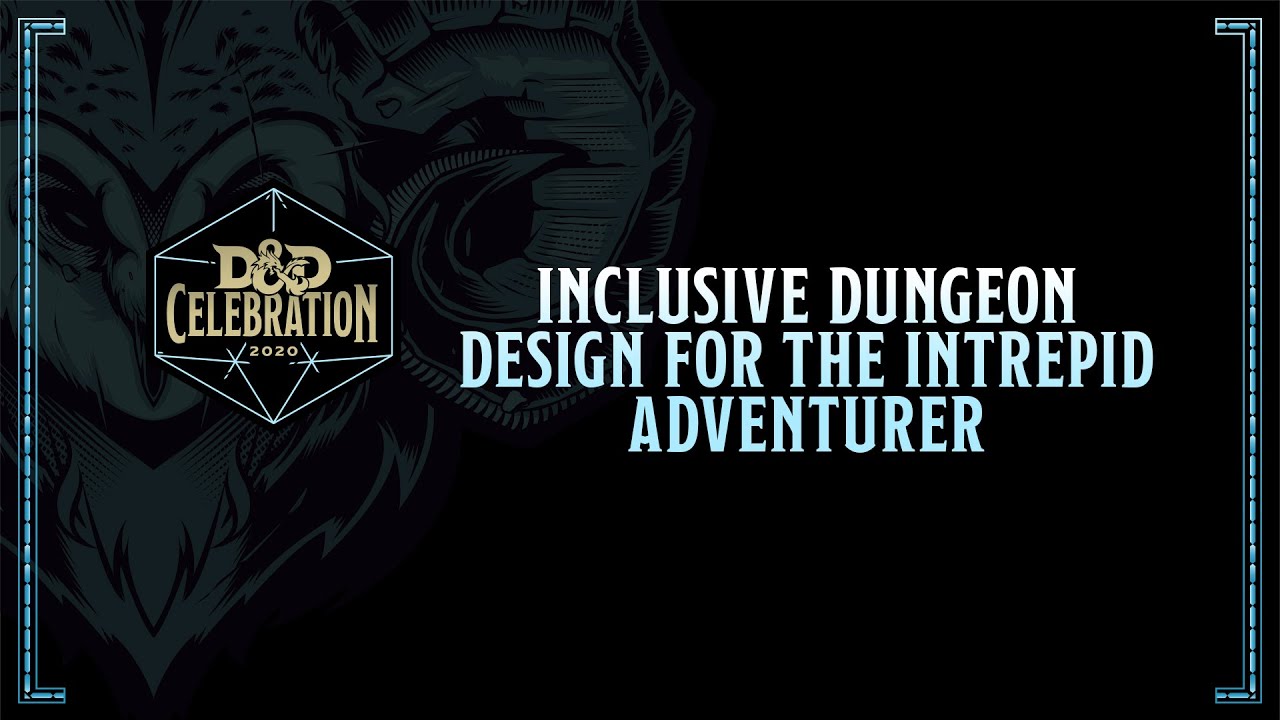 It’ll be interesting to see where they go from here. Given the recent descriptions of what life is like behind the scenes at WotC from just a few weeks ago, it seems there are many eyes, open more than ever on the future of Dungeons & Dragons. But one thing is clear, there are many in the community, professional and otherwise, stepping up. Hopefully, D&D will step up along with them.