We have a new Rumor Engine and it’s making me want to relax and just hang out. Come see why.

It’s Tuesday, which means a brand new Rumor Engine from Games Workshop is in the house. But this one looks like it’s ready to just sort of chill out and soak-up some rays. Check it out:

“Have you ever wished that you could see into the future? Well, the Rumour Engine is here to give you just what you want. Of course, it can’t show you ALL of the future as that could turn you into a gibbering wreck unable to distinguish the present from what is yet to come. So, here is a tantalising glimpse instead.” 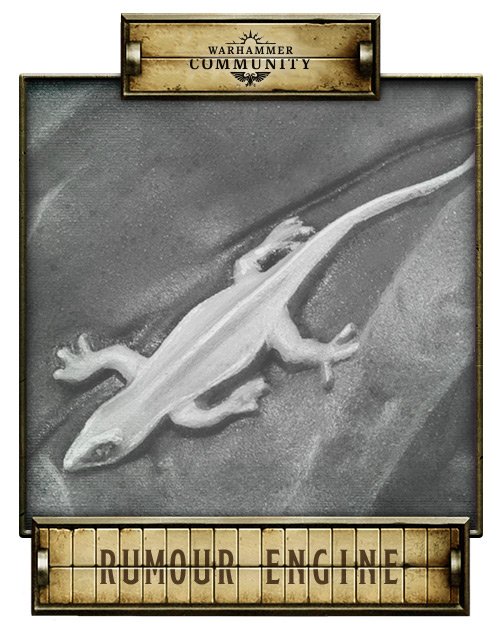 Yep. It’s a lizard, man. And it’s just being a cold-blooded chiller.  Is that a rock it’s on? Perhaps. It’s certainly a brightly colored critter compared to whatever it’s resting on. So now on to the deeper questions: What is this bit from?

Well, it’s a Lizard or something along those lines. And, well, we do have a particular faction in Age of Sigmar that is made of Space Lizards… 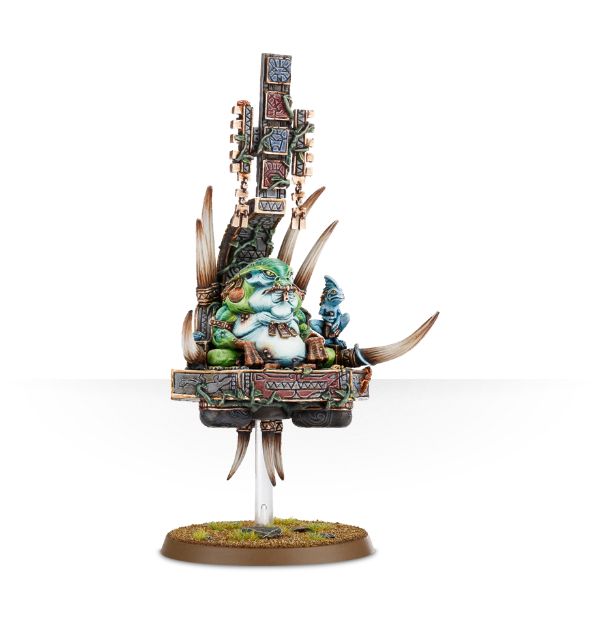 Just tossing out the obvious connection there. It could totally be for Seraphon! New model? New Engine of the Gods? Maybe something else entirely? 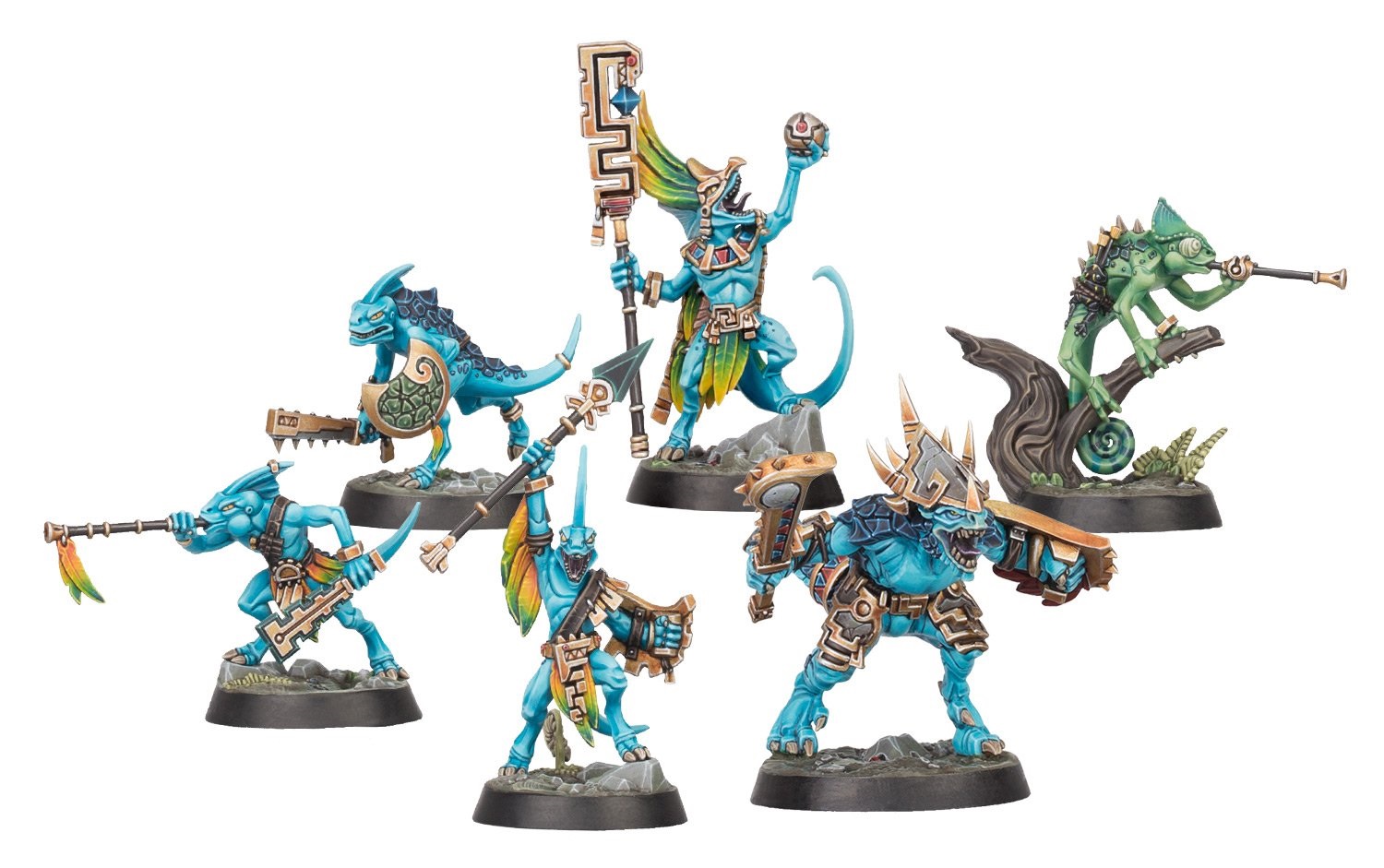 Let’s not forget that the Starblood Stalkers are on the way. That’s a new Warband for Warhammer Underworlds, but that also means they are probably getting new rules for Age of Sigmar, too. And let’s take a moment to admire those new sculpts. How old are the Saurus and Skink sculpts now? 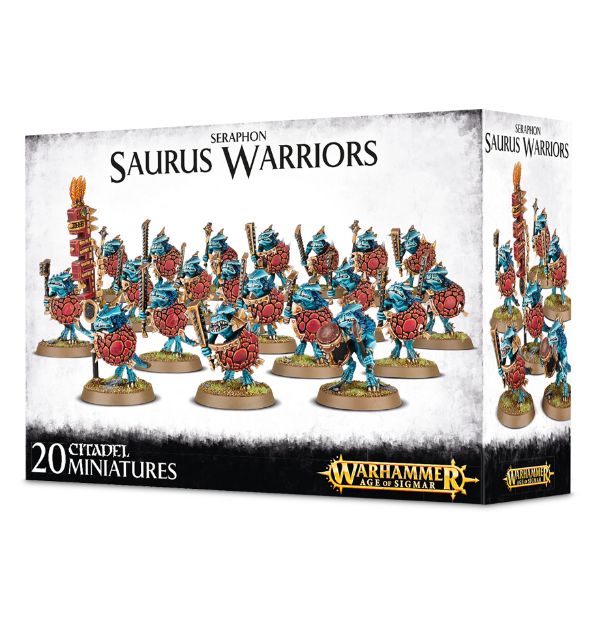 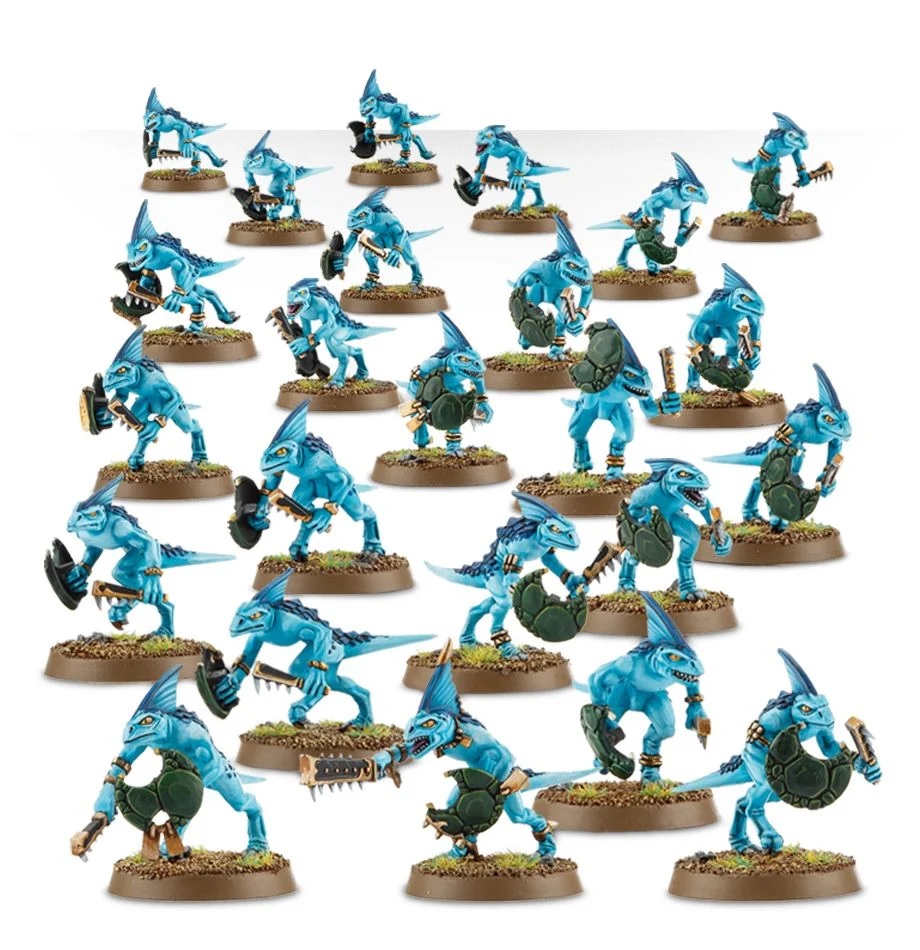 Just sayin’ it’s been a while for their basic troopers – particularly the Sarus Warriors. A refresh on those would be a welcomed change. Or something like the Salamander getting a refresh… 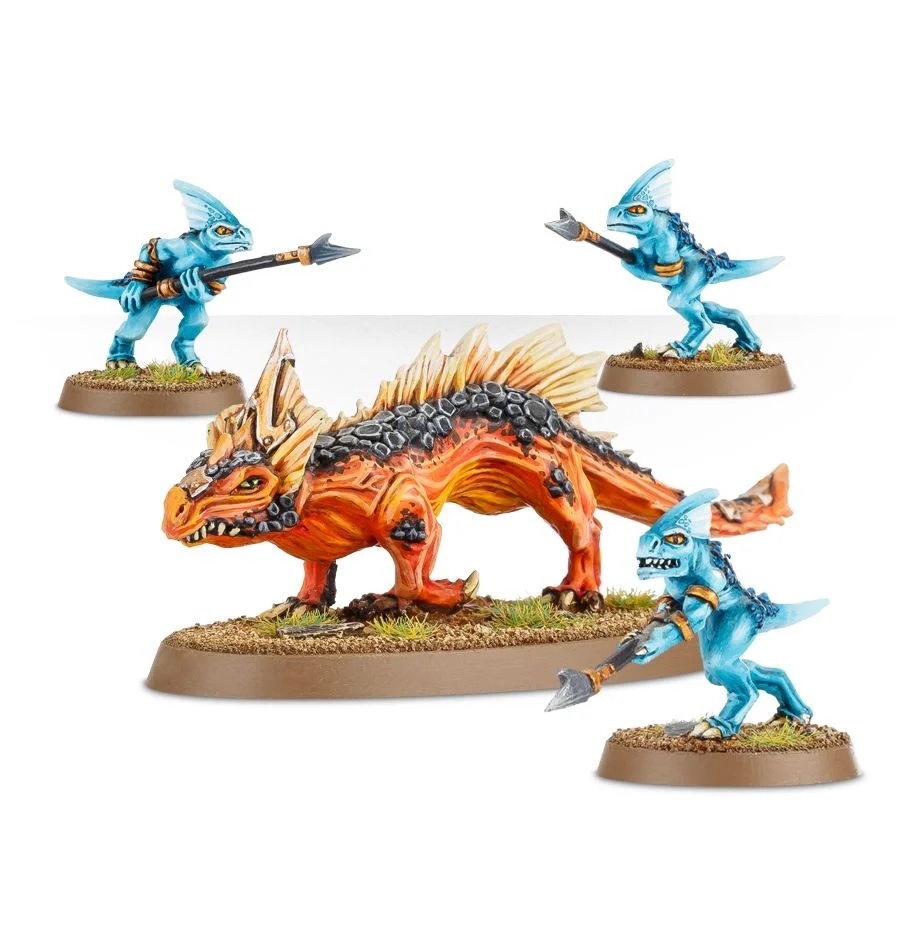 Anyhow, I don’t want to pigeon hole our options, but anytime you see a lizard it’s easy to focus on the one army that is, ya know, lizards. If you’ve got another idea for who this cold-blooded chiller could be, please share your theory with the rest of us in the comments!