Monsterpocalypse Showcase: Rise of the Empire of the Apes 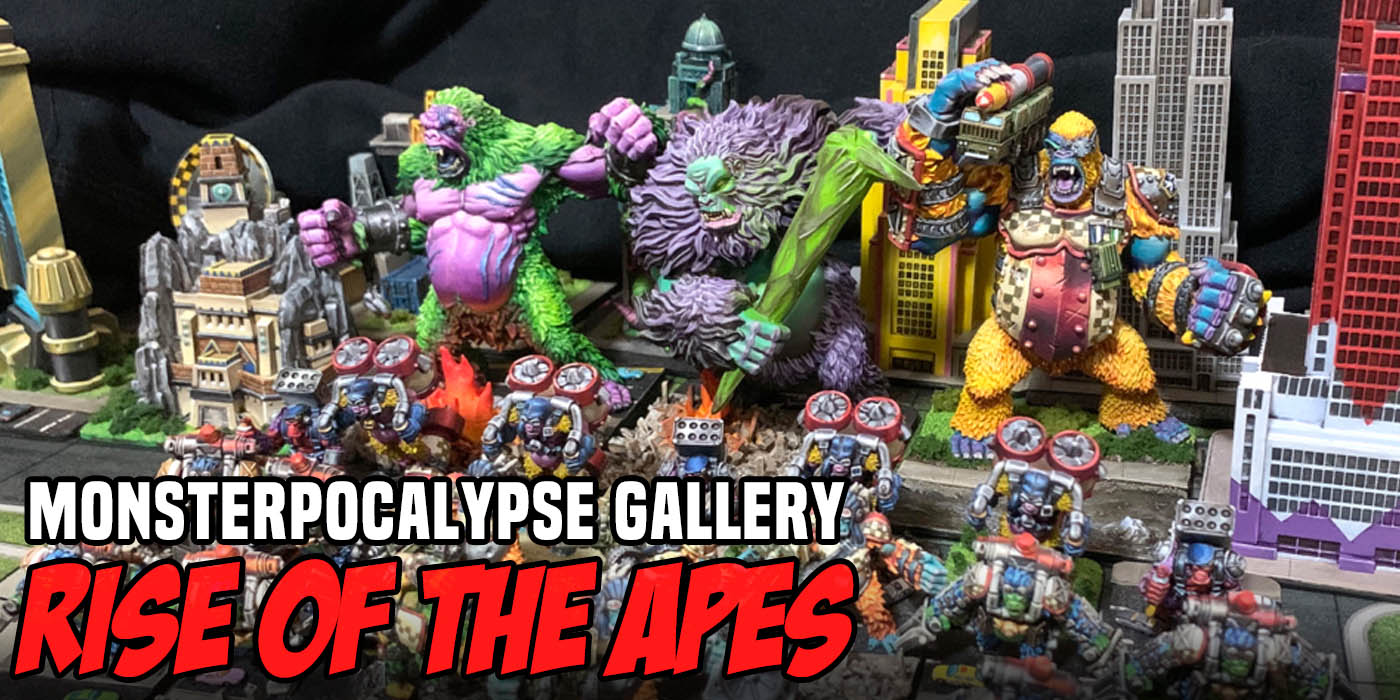 I’m back with another painted faction for Monsterpocalypse. Feast your eyes on the glory of polychromatic primates!

King Kondo here was the second monster I painted for Monsterpocalypse, and a big reason I found myself finally getting into it. A faction of angry apes sounds like a fun time to me, but the range of grays and browns found on the actual animals didn’t seem too thrilling to paint. So as I stood there staring at Kondo on a shelf at the LGS, it occurred to me that there was no reason I couldn’t paint him any colors I wanted. Pink and green seemed like a good choice. Suddenly painting the apes seemed like a ton of fun. More fun than a barrel of really fun stuff.

General Hondo was actually the last Ape I finished up. Obviously I kept with the theme of brightly colored apes. I love his shoulder mounted Missile truck. And if you look closely one of his medals is actually a van. He’s the only ape Monster wearing anything which means he’s also the only one with the checker pattern that features heavily on the infanty.

White Dajan? More like whatever the heck colors I feel like painting him Dajan. Dajan’s back story is that he’s just a really big Yeti basically. That struck me as a little dull so I came up with my own headcanon where Dajan was once a human. Caught in a reactor meltdown he became the monster you see here. Instead of an icicle he’s holding the fused core of the reactor that melted deep into the ground into a stalactite shape. It still has that healthy green glow.

These were my first Monsterpocalypse units. After deciding on which colors to paint their fur I thought they needed some markings as well. Checkers work great on savage models like orks so why not apes?

The Command ape is a great little model. Not much armor on this one but I still found a place to put some checkers.

The assault apes are awesome models that also happen to play fantastically. I love flinging units with those lifter arms. They’re hard to take pictures of since they hunch forward so much.

Rocket apes! You can never have too many of those! I was lucky enough to grab a third off the Privateer web store before they stopped selling bits.

The Ape Gunners aren’t as exciting on the table as the other units but how could I not add them to my collection? Look at those howitzers!

Our final unit is the stealth ape. A useful model with a nice dynamic pose.

That just leaves the Jungle Fortress. I call it the Ape Embassy because it’s not actually in a jungle. One of the more interesting buildings in the game with all the smaller structures jutting organically out of the huge chunk of rock.

Hope you enjoyed the article. I post pictures to Instagram all the time as t00mini. And if you like painting articles I have a blog full of them: toomini.wordpress.com I don’t really post there anymore but there are still some good tutorials.

~Thanks for reading! What’s your favorite Monsterpocalypse faction and why? 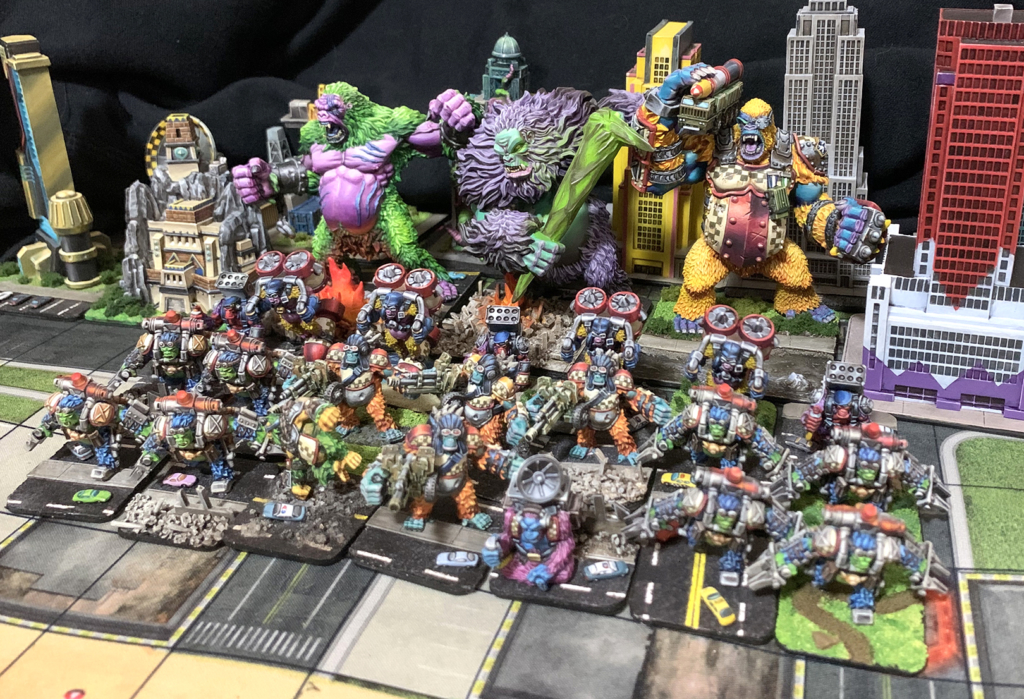