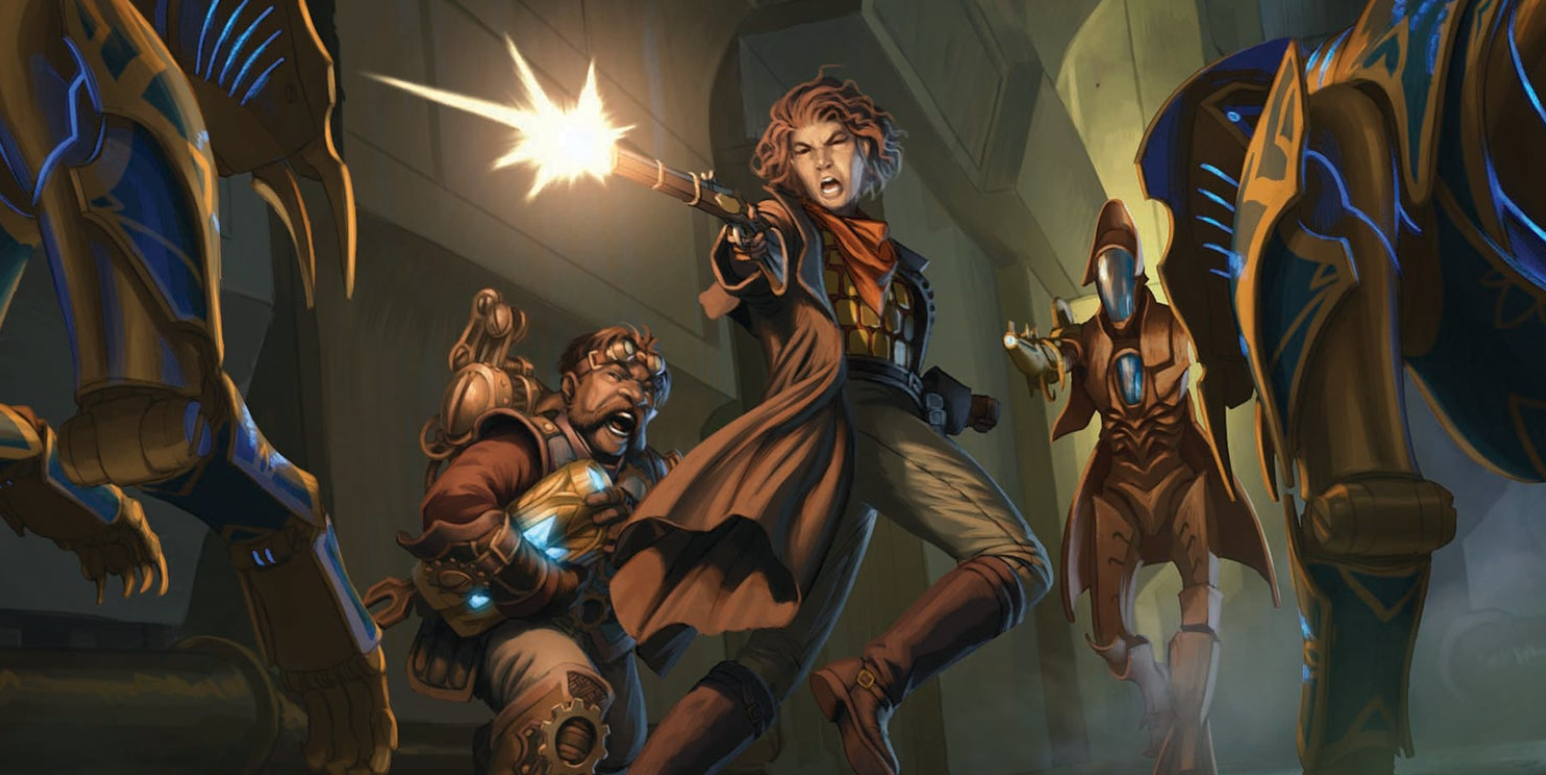 Pathfinder continues to grow and now they’re unveiling two new classes that you can playtest today. First up is the Gunslinger, a returning favorite that’s been reimagined from the bottom up for 2nd Edition. And then there’s Paizo’s answer to the Artificer, the Inventor, who is all about creating clockwork companions and other mechanical devices to attack enemies and support the party. Check them out below!

Welcome to the Pathfinder Guns & Gears playtest for the Pathfinder Roleplaying Game! This is our opportunity to add two new Pathfinder classes—the gunslinger and inventor—and we need your help to do it!

Download the free Guns & Gears playtest, make gunslinger and inventor characters, and run them through their paces. Then tell us what you and your friends thought of the experience. We need your feedback to make these classes the best they can be! 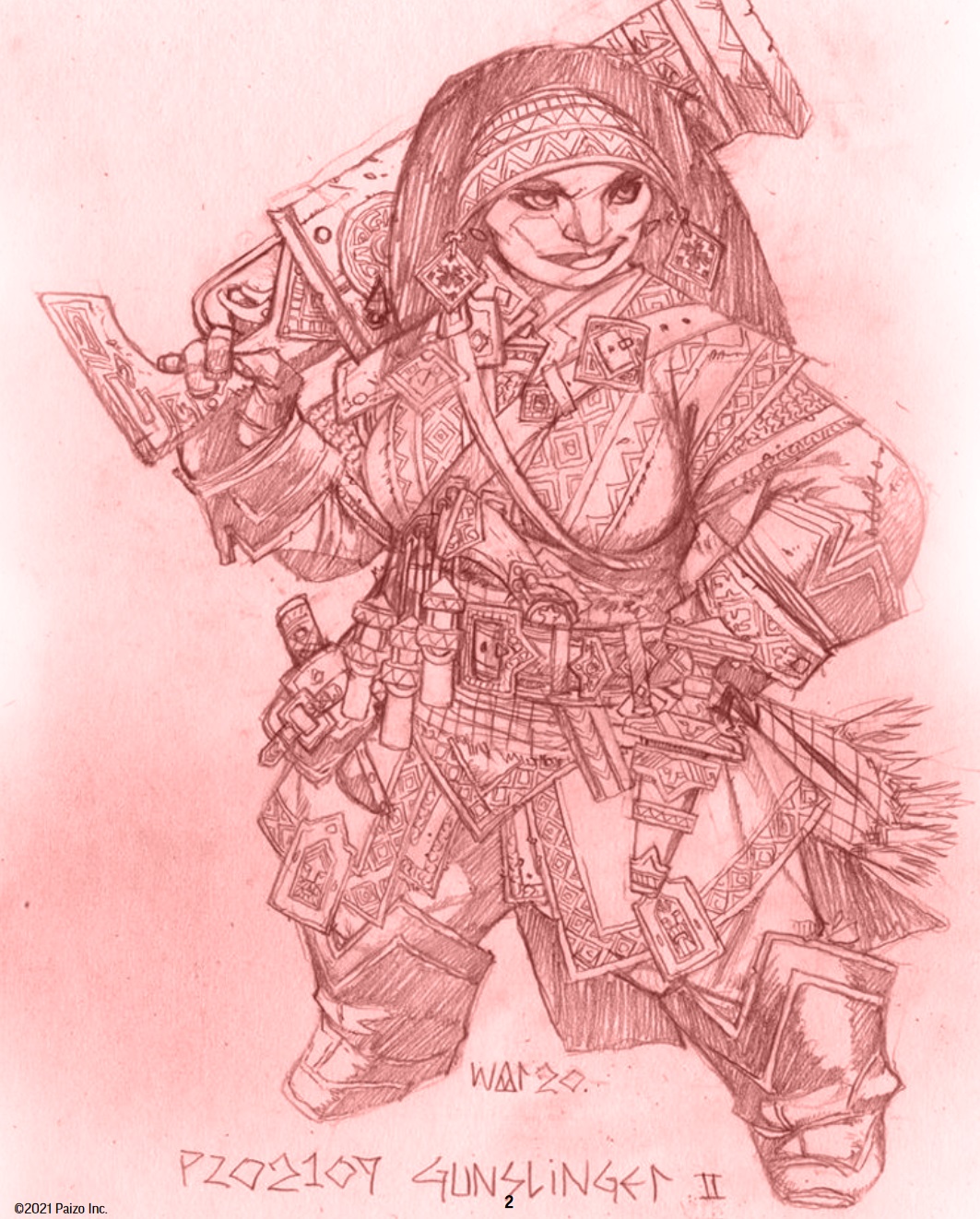 Gunslinger: This is a brand-new version of an old favorite: the gunslinger has been rebuilt from the ground up with new subclasses and abilities unique to Pathfinder Second Edition, including a sniper subclass specializing in devastating opening attacks. Bonus points for those of you who might not be as enthused about having firearms in your home games: we’re playtesting the gunslinger with built-in options for replacing firearms with crossbows. Now, your snipers and drifters can find their place in any campaign! And no, playing a character with this option won’t require a feat or archetype!” 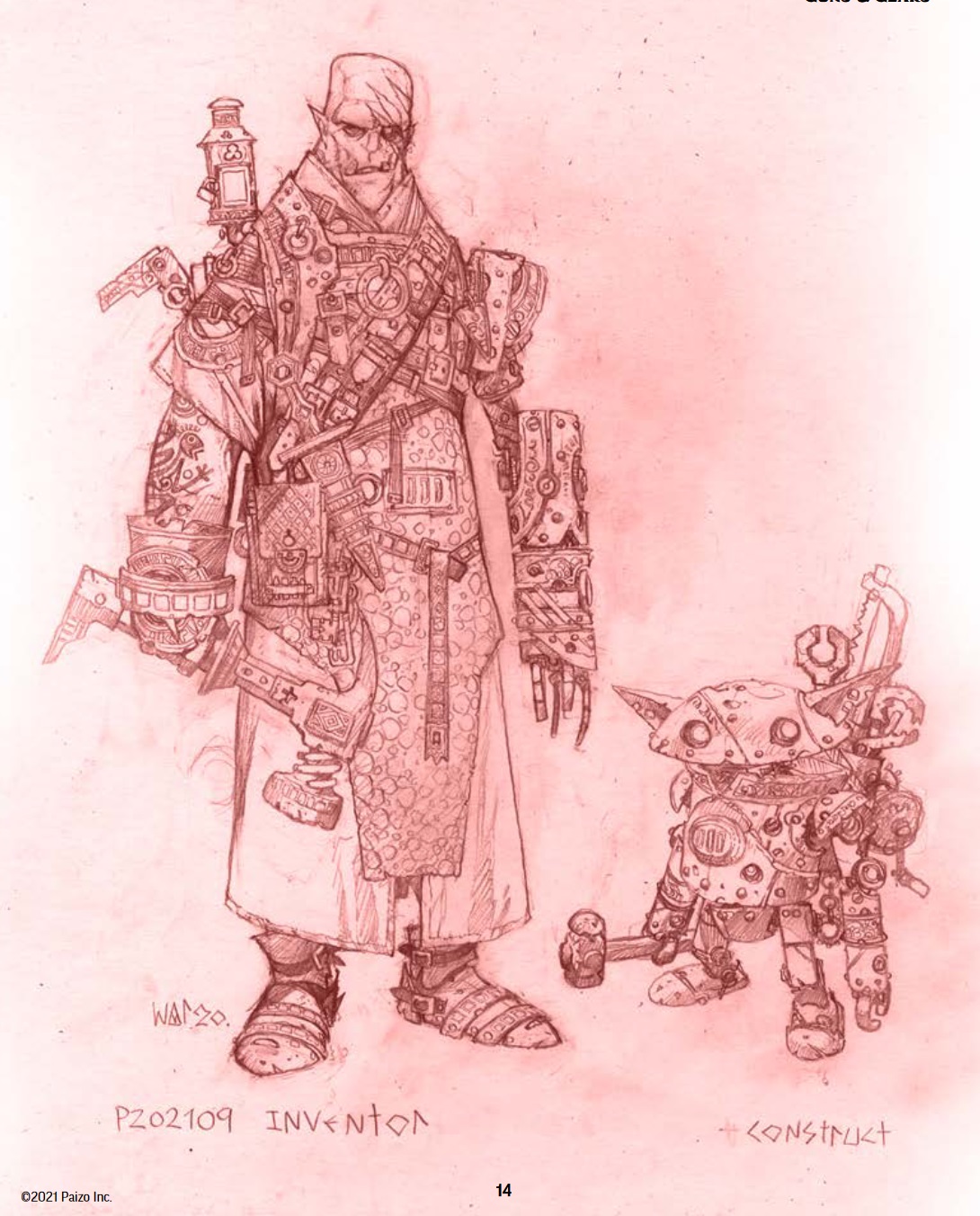 Inventor: Master gadgeteers, inventors can interact with mechanical devices in the heat of combat to influence the direction of the fight, leverage their powerful innovations to deal out devastating attacks, or transform themselves into unbreakable armored bulwarks. Other inventors might prefer to instead rely on their trusty clockwork companions to hold the line while these PCs use their skills and cunning to heal or support the party.