As part of the new Clone Wars expansion for Star Wars Armada the Separatists, the Confederacy of Independent Systems (CIS) gets access to the Hardcell-Class ship, a fast(ish) transport/combat vessel. This ship, which surprising many, does show up in the movies. It’s a bit different from other light ships, so let’s take a look at what it and the fleet are bringing to the table. 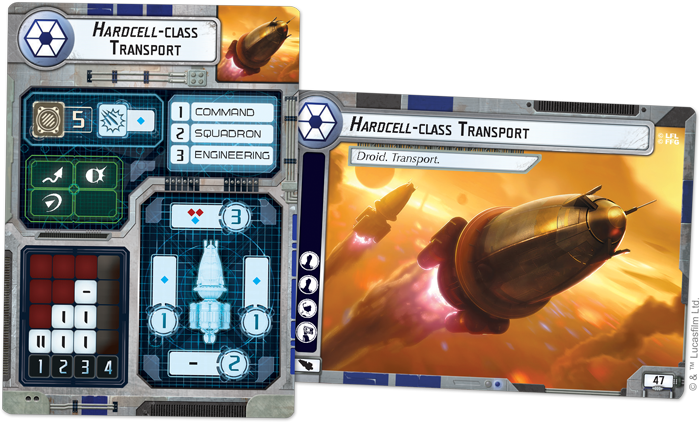 The Hardcell, it goes without saying, comes in two versions. The first is the Transport version. With speed 3 it is the slowest of the basic light ships available to each faction (the Raider, CR90, and Consular-Class). This leaves the Separatists without a speed 4 ship at the moment, much like the Imperials were at the start of the game. On the other hand at 47 pts it’s the cheapest non-flotilla ship with Squadron 2. Overall it has a pretty weak loadout, with 3 front dice, and side arcs with only a single arc, with no rear facing dice. This, and its upgrades, position it more as a support ship than a real combat vessel. With Droid and Transport it has access to more upgrades than other CIS ships. The fleet support slot gives it access to upgrade normally restricted to flotillas and indeed since there are no restrictions on taking Hardcells, it gives the CIS more access to this slot than any other faction. 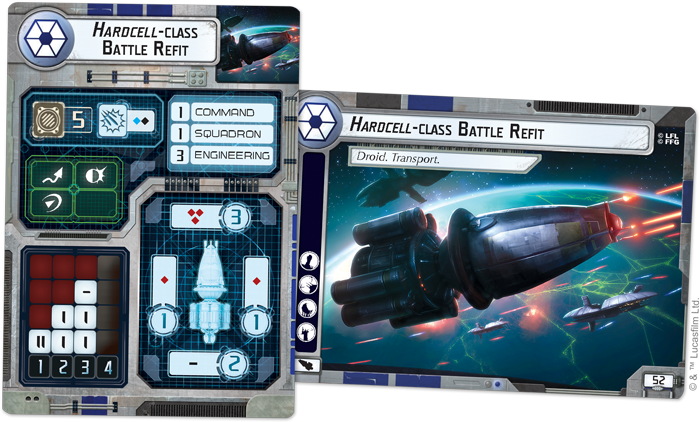 The second version of the Hardcell is the Battle Refit, This trades some of the support slots on the Transport for more combat effectiveness. With 3 forward red dice and a single side red die it can function decently as a long range attack vessel, augmented by the turbolaser upgrade slot. In addition it has decent anti-squadron firepower. With 5 hull, three front shields, the coveted trifecta of brace, redirect and evade tokens, three engineering and a defensive retrofit slot it’s a lot tougher than the other ships in its class. This turns the Battle Refit into a bit of brawler, far more able to take punches and keep dishing out pain. This seems an ideal candidate for Slaved Turrets, allowing you to sit back and throw out 5 red dice attacks (with confire) and tank incoming hits. Overall I don’t think this ship is much of a hard sell. 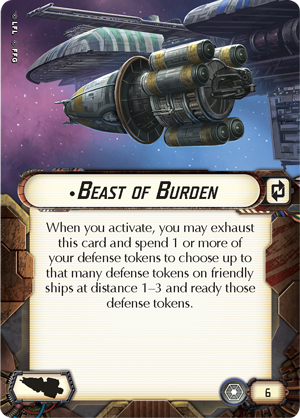 Beast of Burden is one of two title cards for the Hardcell-class. It allows you to spend defense tokens on itself in order to ready defense tokens on a friendly ship. This pushes the Hardcell into even more of a support role and seems made for the Transport variant. It has a decently long range so it seems pretty good for hiding a support ship out of danger and using it to keep a more important vessel going longer than normal. 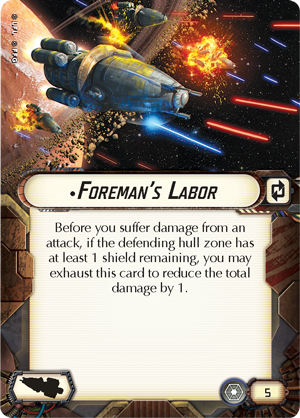 Foreman’s Labor is the second title they get access to and it is clearly aimed more at the Battle Refit. It allows you to exhaust the title to reduce incoming damage as long as the defending hull zone has at least 1 shield left. For a mere 5 points I’d say this is a pretty great card, allowing you to in effect reduce damage by one most turns. This takes and already tanky ship and makes it even more so, allowing for a really tough fast(ish) Hardcell that will take some real firepower to bring down. 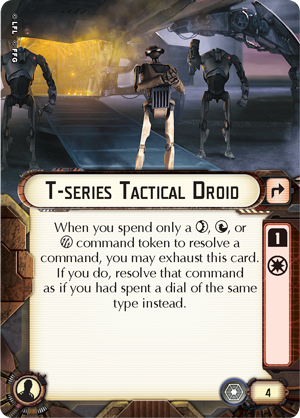 The T-series Tactical Droid is a crew upgrade that effectively allows you to exhaust itself when issuing a non-con fire order or token, in order to resolve it as if you had issued the order and used a token. This is a fairly nice rule and  not limited to Hardcell use. One obvious use it to throw one on a Transport to help make it a better carrier. 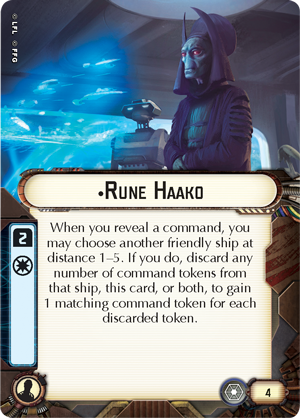 Rune Haako is another crew card. They allow the ship with them on it to steal command tokens from another friendly ship, or this card, to gain matching tokens. Given that Hardcells are command 1, and can likely bank the token they need on turn one, this isn’t super useful for them, as getting a glut of tokens doesn’t do them good. On the other hand, this seems well placed to use on a bigger ship to steal tokens from Hardcells – again proving their worth in a support role.

Let us know what you think of the Hardcell, down in the comments!

Star Wars 'The Mandalorian' - What Is The Darksaber? 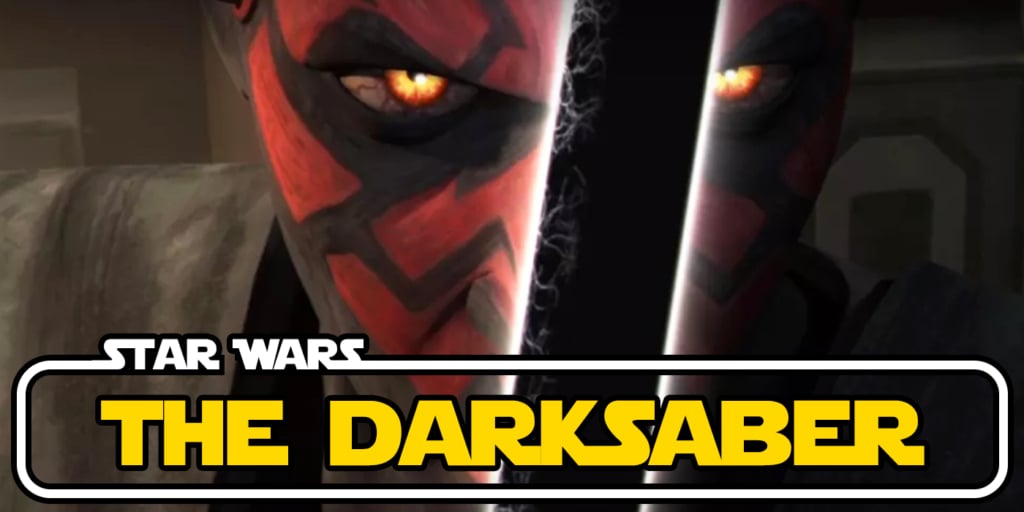