Star Wars: The Making Of The Mandalorian Season Two 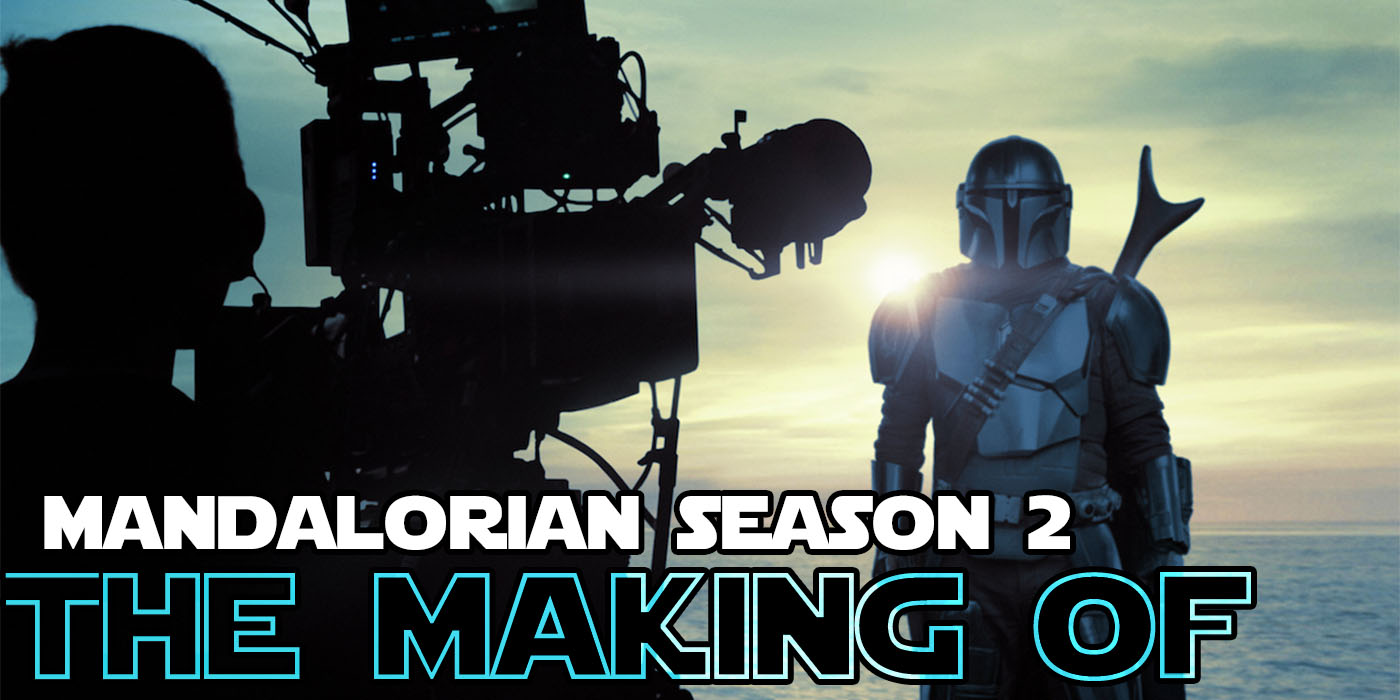 Between special effects, practical effects, and thoughtful little details that may have passed you by, behind the scenes of Mando season two is fascinating.

If you haven’t watched it yet, The Mandalorian Season Two Gallery is on Disney+ with all of the behind the scenes tidbits and detail oriented nods that will make your fan-person heart soar. But if you’re limited for TV time or backlot magic isn’t your thing, here are my season two gallery highlights.

It makes sense that there would be graffiti in the Star Wars universe. In fact, it would make no sense to have a universe with years worth of civil unrest and no angry wall art letting everyone know about it. Not to mention, Sabine Wren is a existing character and David Choe was on the cast for episode one. The Mandalorian brought this background detail into the universe with thoughtful and detailed graffiti art. And while the finished product may look like a bit of a random mess, the process was anything but. Layers of art were painted and then painted over to show the age of the graffiti evolving with the war of the decade, who was in charge, and which generation was wielding the paint gun at the time. And for an added level of detail the art closer to the ground was reserved for themes more representative of the shorter Star Wars races.

A Mix of Genres

It’s not a secret that The Mandalorian borrows a lot of themes from a lot of different genres. Some episodes of westerns, others are heists, others are action war epics, and of course the Ahsoka episode paid homage to Akira Kurosawa. What you may not know is that every episode utilizes directors based on the kind of cinematic experience they’re best suited for, and even filming styles and rigs will change episode to episode to get that specific feel. This is something that we all know to some extent just from watching these episodes, but seeing the degree to which they completely change gears every episode to make these changes is fascinating to watch. 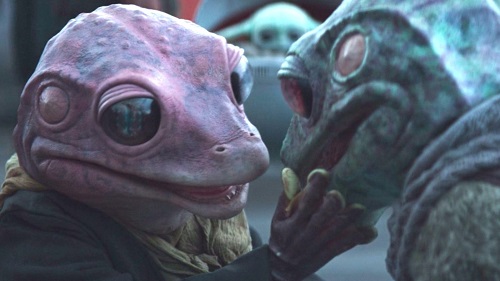 Between helmets and large alien prosthetics or masks, a large proportion of the Mandalorian is spent acting with no access to facial expressions whatsoever. And somehow there is no question what is happening, what emotion characters are feeling, or even the most subtle of social cues. This is in large part due to the caliber of acting from people like Pedro Pascal and Misty Rosas, who plays the frog lady, and Kuiil from Season 1. 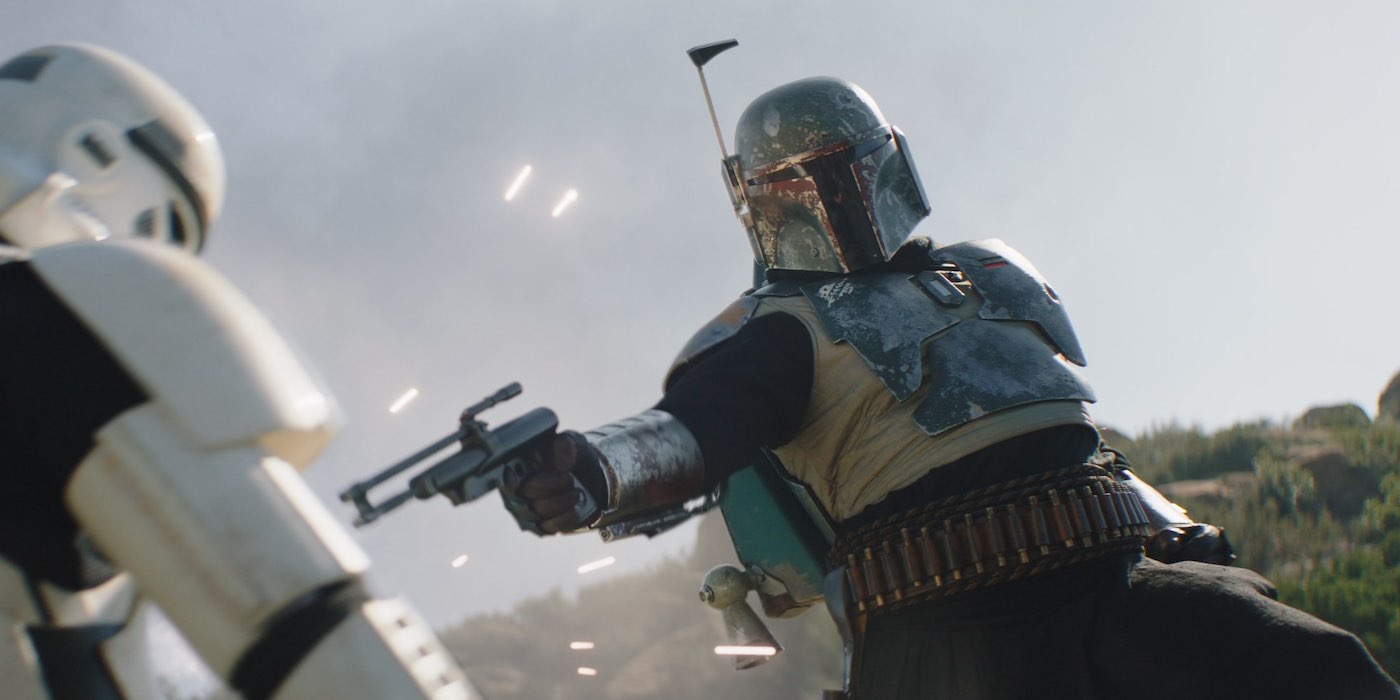 There is too much incredible information about Boba Fett’s reintroduction to Star Wars to write about all of it here, and if you watch the season two gallery just to fast forward to the section where they talk about this episode, it will have been worth it. Everything from the exact wear and tear on his armor (and his skin), to his mando sized gaffi stick, to Temuera Morrison’s acting style in contrast to Pedro Pascal’s was a mindful and specific decision made to make us all feel like little kids again. In fact the way director’s earliest drafts of the episode so he had a reference to show the team was filmed in his backyard with his kids and some action figures because nothing else would capture the over the top age regressing fun of that scene but a homemade action figure animatic. And Disney’s filming budget. 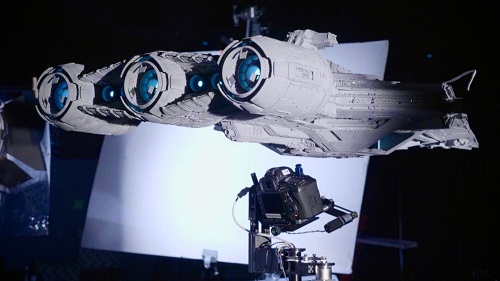 Despite it’s larger than life nature and the fact that it takes place both in space, in a highly advanced civilization and also long long ago, there is always something undeniably real feeling about Star Wars, and so much of that comes directly from their practical effects and real life builds. For example, Moff Gideon’s Light Cruiser is a real, physical five foot shooting model. Of course, there has to be a ton of special effects and CG mixed in too, but the way they marry it all so flawlessly is nothing short of inspiring to see.

Have you watched the season two gallery? What is your favorite little detail or mindful extra they added to the show? Was there anything that you didn’t notice when you watched and are impressed by after the fact? Let us know in the comments! 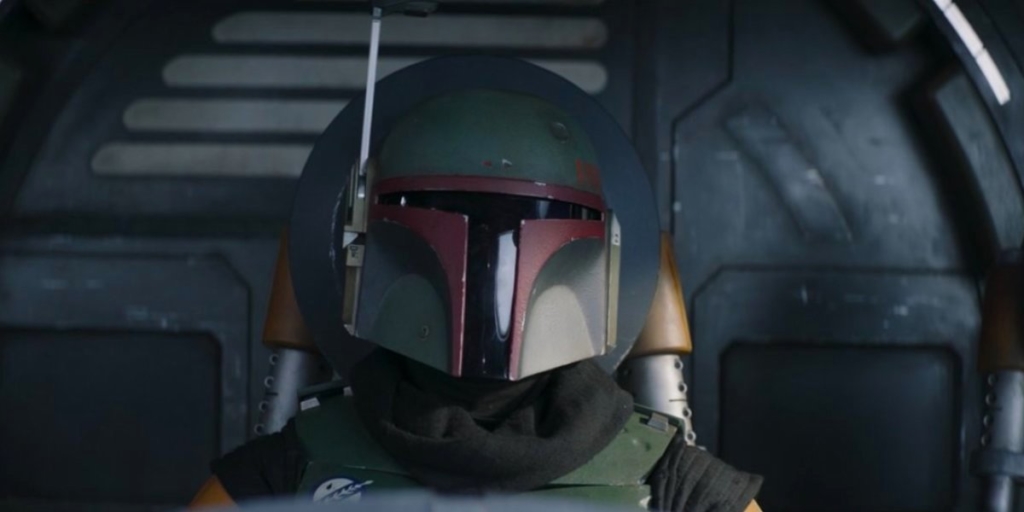