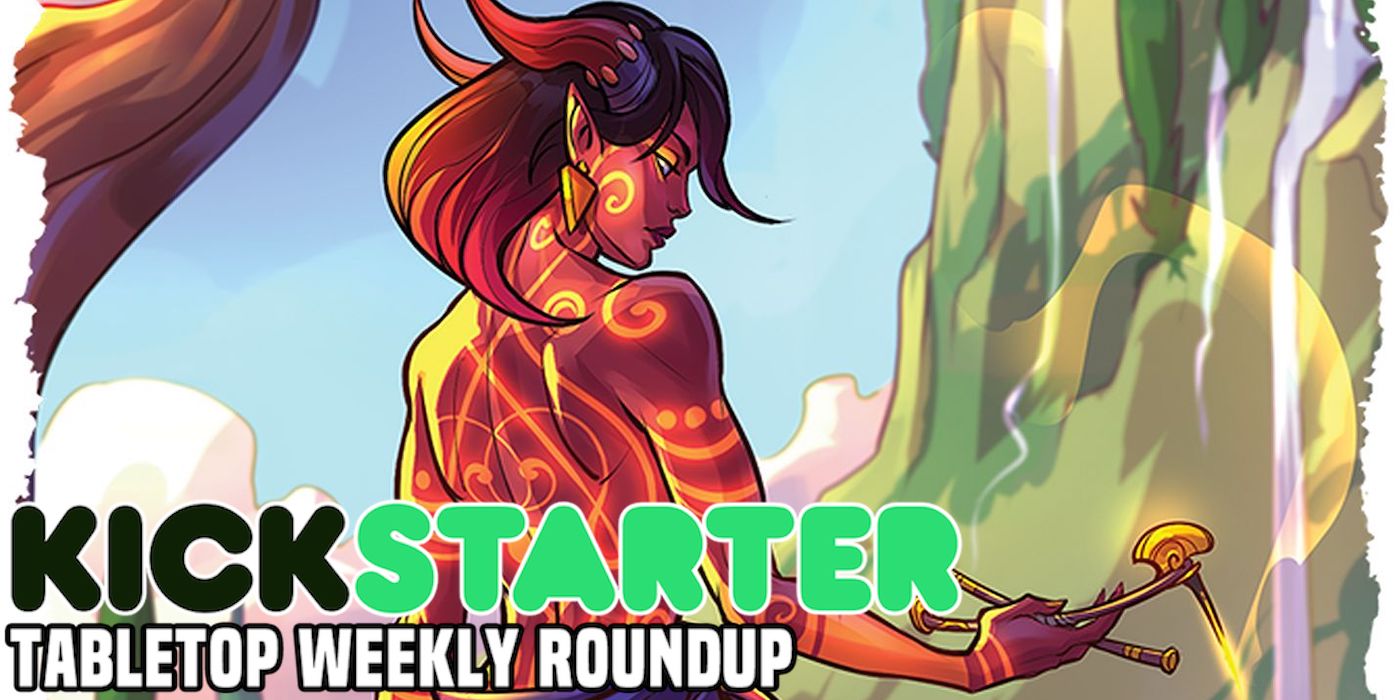 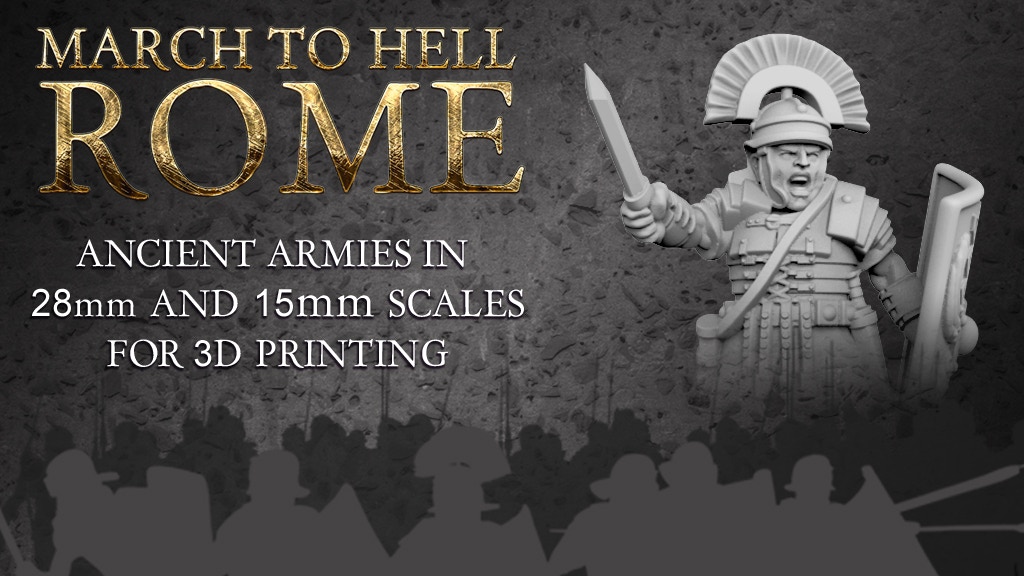 We are happy to present ‘March to Hell: ROME,’ a collection of 15mm/28mm scale ancient armies , created to be printed at home in resin printers such Anycubic Photon or Elegoo Mars, or in FDM printers such as Ender 3 or Prusa. All the models, miniatures and terrain, of this campaign are scaled to 28mm and 15mm scales. This way, you’ll receive two distinct printing files of each model allowing you to create huge armies and adapt them to any game that uses these two scales.

Pledges start at $49 for two full forces and stretch goals.

Tome of Mystical Tattoos for 5e 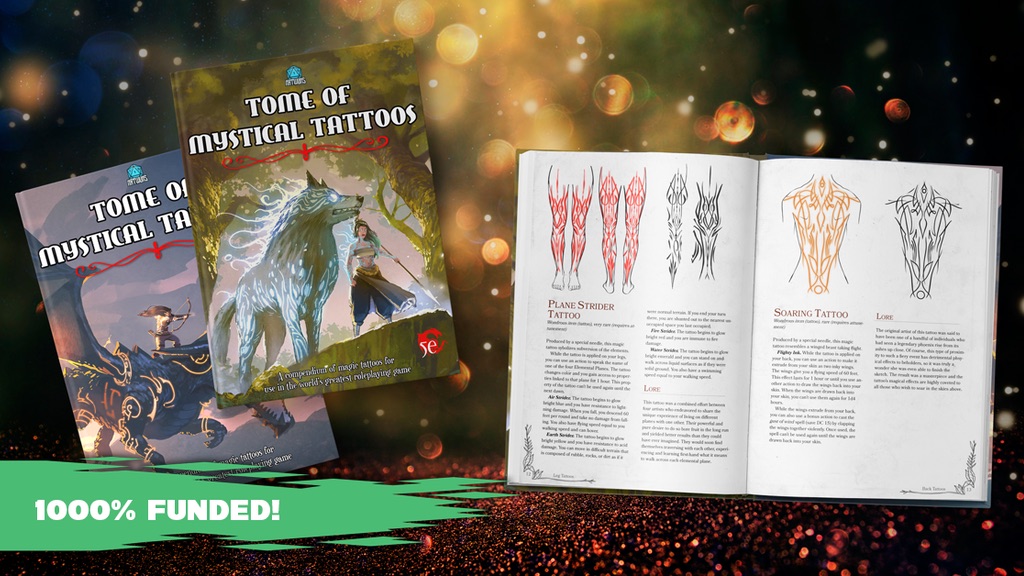 Magic tattoos are special in that they allow you an extra level of character customization (look that much more badass) while simultaneously granting you unique and interesting abilities (be that much more badass)! Why not give it a shot, right? There will be more than 120+ illustrated, never-before-seen, and functional magic tattoos, with much more to come depending on the stretch goals we reach!

The tattoos will also all be tweaked to be more in line with the ones being introduced to us in recent 5e releases. All the tats you’ll find in this book will have some amazing flavor of their own, which will set them apart from the limited selection of existing magic tattoos and the large pool of magic items already out there!

(This week’s header image if from this book.)

Strategy Games from Around the World 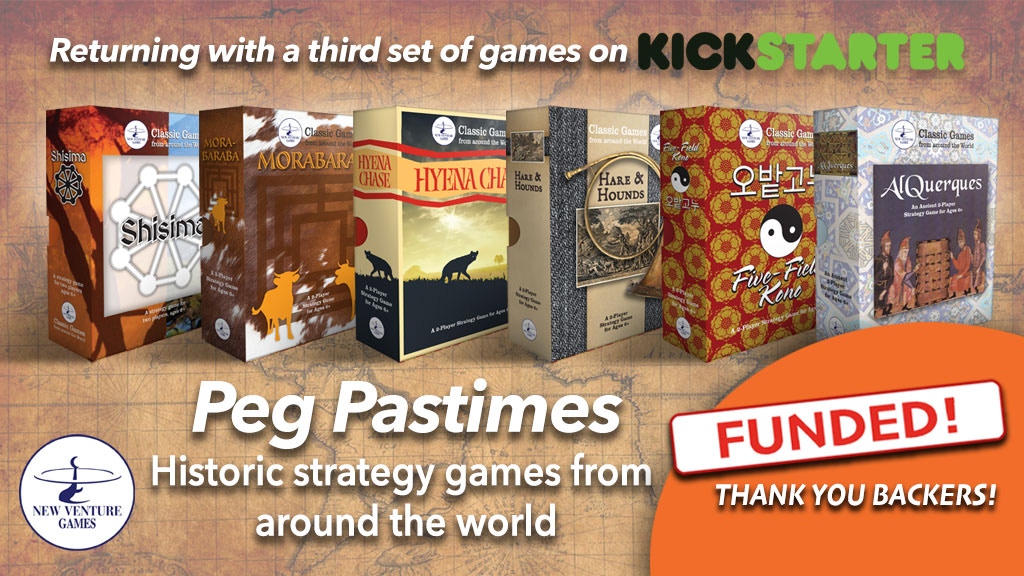 We’re pleased to bring you a NEW SET of 6 classic strategy games from cultures around the world. Our first “Peg Pastimes” Kickstarter campaign in May offered the first six-pack of the series. In October, we added 6 more. Now, with your support, we’ve grown the collection to 18! If you like what we’re doing we’ll keep adding to the series.

Each game in the series includes instructions, peg board, pegs (and other components) … all in a high-quality game box. Our games all use the same box size/style, so the full set will look great on your bookshelf among your game collection. 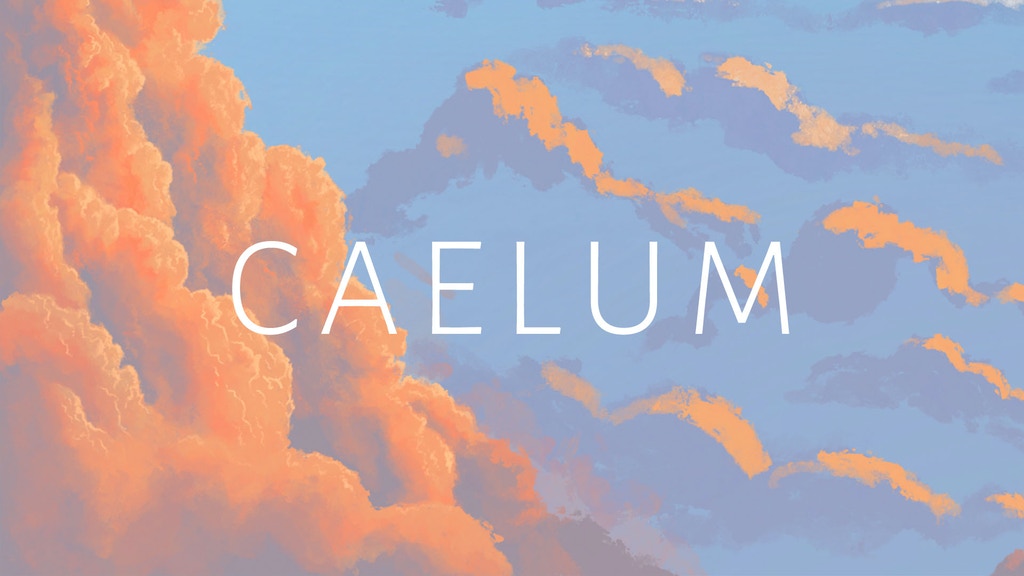 New Playable Races. Add some flavor to your next party with four new playable races.

Vehicles and Mounts. Hippogriffs, Wyverns, and Pegasi are joined by the Ikapari, a new flying mount resembling a massive, airborne manta ray. Airships sail the cloud seas, from single-pilot craft to dreadnoughts the size of skyscrapers. Airborne combat has never felt as natural as it does in the skies of Caelum. 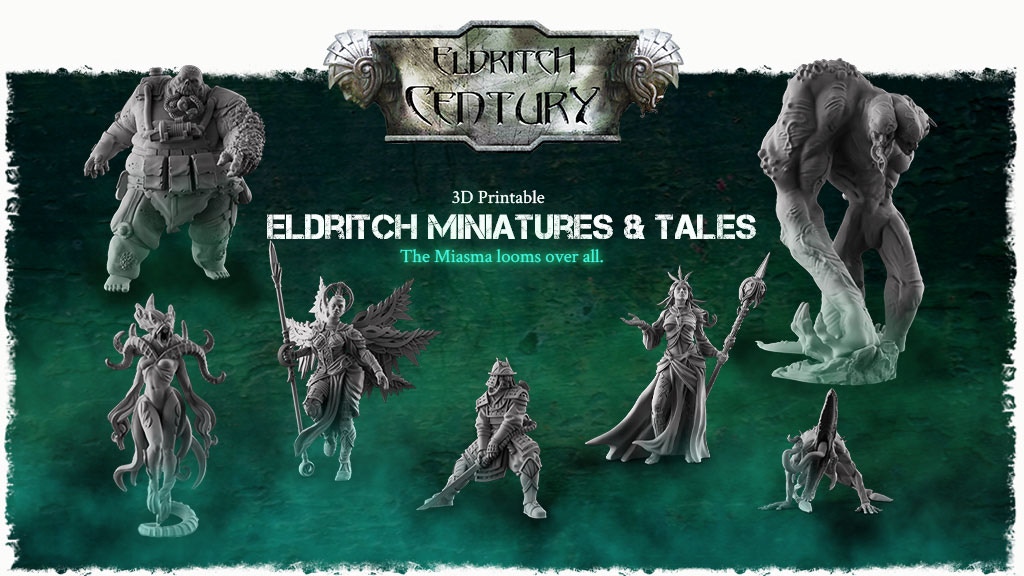 Though its last expansion happened twenty years ago, it’s clear to all: The Miasma is not going anywhere. If only its horror were anchored to its boundaries, if it didn’t taunt us in dreams, infect our people. Still, it spews those terrible Miasmic Bursts that destroy our peace and leave us exposed to its horrors. Those brave enough to delve within it exclusively return with tales of danger, of terror. Outside, the Wounded Earth remains divided, each faction confident in its new power and might, but fooling themselves in reality.

Bring your own hero to your game table with these 3D printable files. Your tactics to defeat the dangers of the fog will never be the same. Backers for this campaign will receive STL files and additional narrative content as supplement for the core rulebook in a previous campaign by Draco Studios.

Pledges start at $5 for a single STL pack. 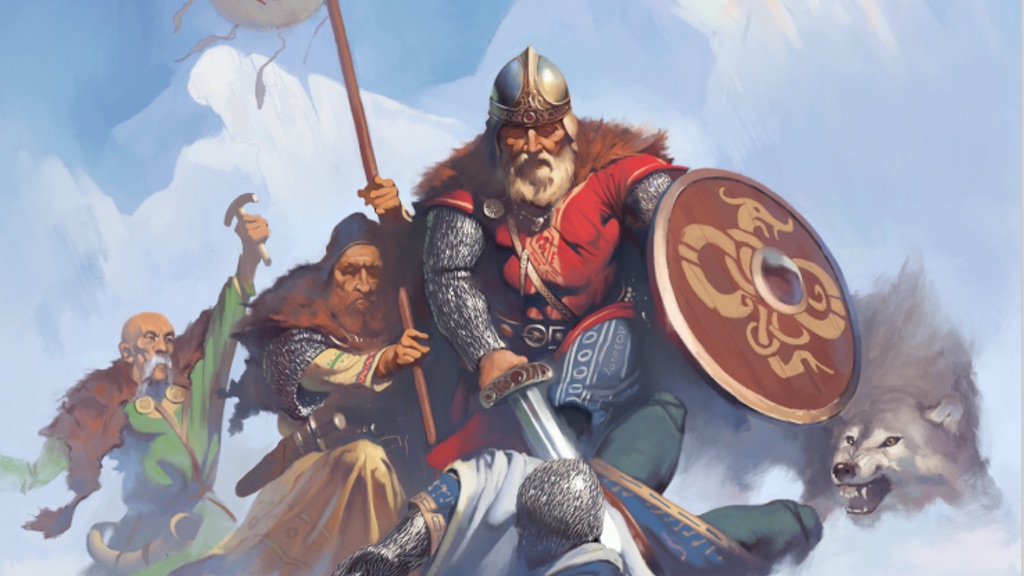 Rune and Steel offers an expanded universe of the Norse myths derived heavily from the original sagas. Strife, deceit, and mayhem are commonplace – ranging from the frozen peaks of Nordmark to the misty realm of Myrkheim – gods, giants, and other beasts of lore are rumored to wander the nine worlds. The tribes of men have begun their rise into factions and kingdoms determined to further their dominion and that of their patron gods’. It appears the Norns have left fate in the hands of men. Perhaps, the skalds will chronicle their deeds in the sagas and carve their names forever upon the runestones or maybe they will suffer eternal winter at the hands of Hel.

Rune and Steel is a next generation tabletop-RPG set in the Viking Age continent of Norðr. Combat, crafting, diplomacy, magic, character creation, unique monsters, and more is offered in the core Rulebook. Rune and Steel has risk versus reward and easy to play but hard to master philosophies at its core. Every system is included to heighten tension and immersion while providing clear rulings for the Game Master (see Rules below for me details).

Pledges start at $30 for a softcover rulebook.

Author: Mars Garrett
Pop culture staff writer that has been on the BoLS team since 2010. Contributor on the One of Us podcast. Marvel, Vertigo, Batman, and dystopian sci-fi fan. Enjoys bad movies, amazing stunt performances, and the internet. Hates rom-coms. (she/they)
Advertisement
Board Games Kickstarter Miniatures RPGs
Advertisement 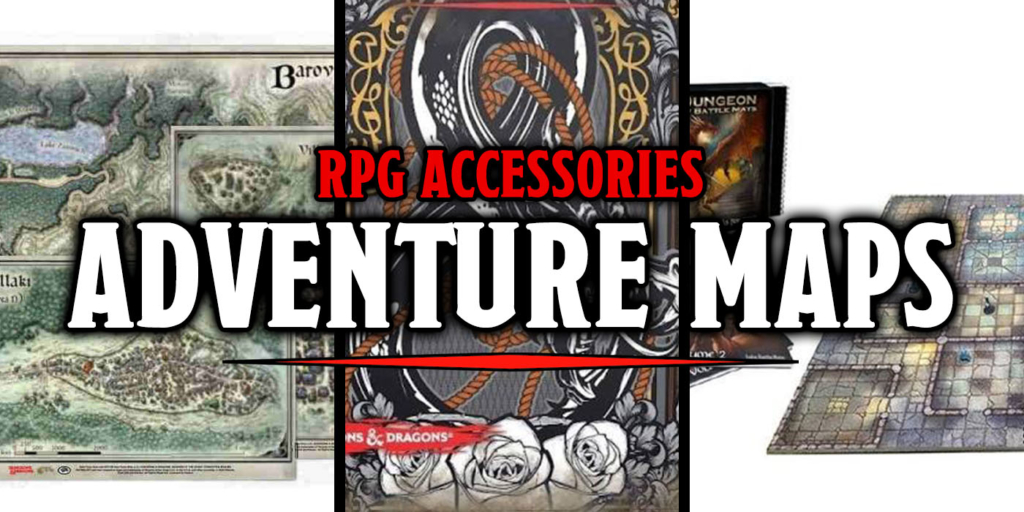