The Altered Carbon RPG has been on a wild ride from Kickstarter to today, when you can pre-order it. Get it now and find a pdf waiting for you in September.

Altered Carbon, the hit cyberpunk TV show about wealth disparity, transhumanism, and smoldering glances, is coming to the tabletop this fall with the release of the Altered Carbon RPG. After its successful Kickstarter, the game is ready to be pre-ordered, and if you do so now you’ll secure yourself a free pdf when September rolls around. Hopefully we’re not all still locked down by then, but if we are, at least you’ll have your digital copy. And it doesn’t get more cyberpunk than ordering something digitally in the midst of a global pandemic. So let’s take a look at the game. 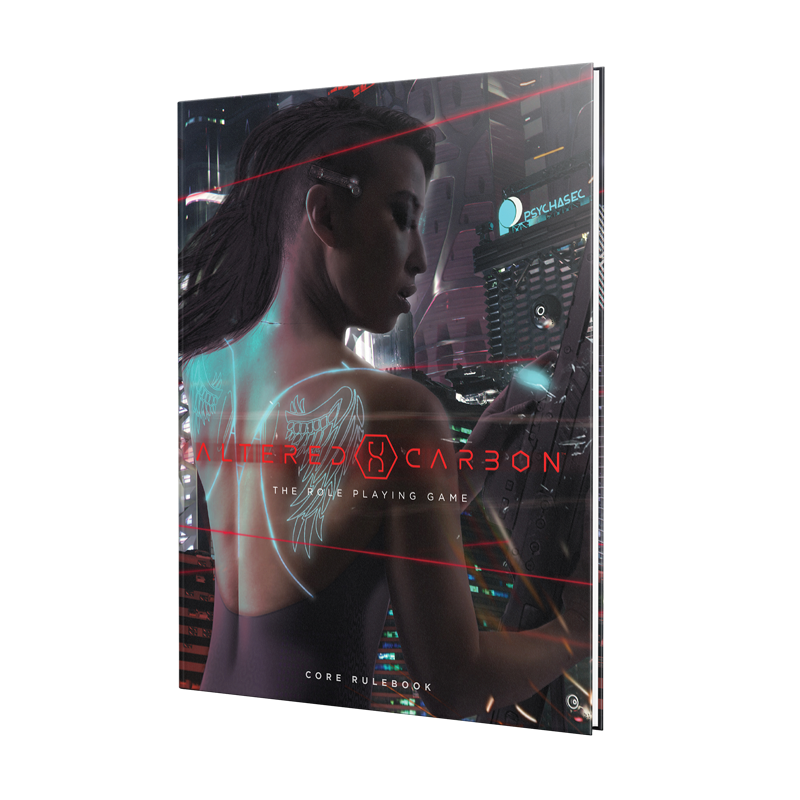 In this transhumanist neo-noir vision of the future, the human mind is nothing more than digital code -Digital Human Freight – saved and stored in a Cortical Stack, advanced technology that allows you to “re-sleeve” your entire consciousness into a new body.

In the Official Altered Carbon Role Playing Game, wear any body you can afford, transmit your mind across the cosmos in an instant, and, if you’ve got the credits and political cachet, you can re-sleeve time and again for centuries, accumulating enough wealth and power over the millennia to become the societal equivalent of an immortal god.

Included inside the Core Rulebook, you’ll find:
• Rules to Play Archetypes ranging from Socialites to Soldiers
• Explore the expansive metropolis Bay City in both its Underground, and Atrium world.
• Storytelling focused rules, that help create immense danger inside of combat and intrigue outside combat.
• The means in which to transfer your characters digital consciousness into a new sleeve should they come to a tragic end.

With the prize of immortality at your fingers, the question is, what price will you pay? What stories will you tell?

Author: J.R. Zambrano
Bell of Lost Souls Staff Writer and DM, J.R. covers RPGs of all stripes and on occasion eats sandwiches. You can ask him about either at [email protected]
Advertisement
RPGs
Advertisement

Solo But Not Alone - An Awesome 87-RPG Bundle 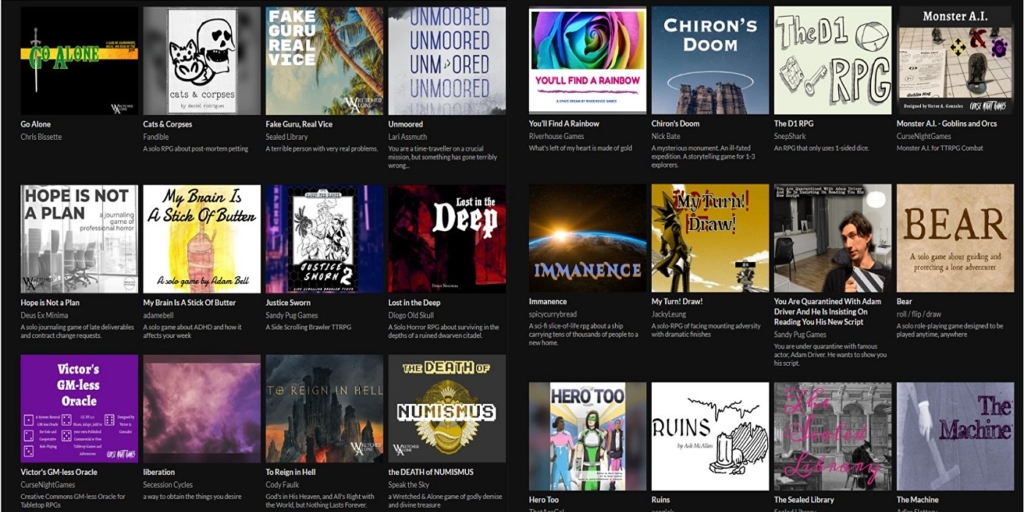