The Best D&D Starter Sets of All Time 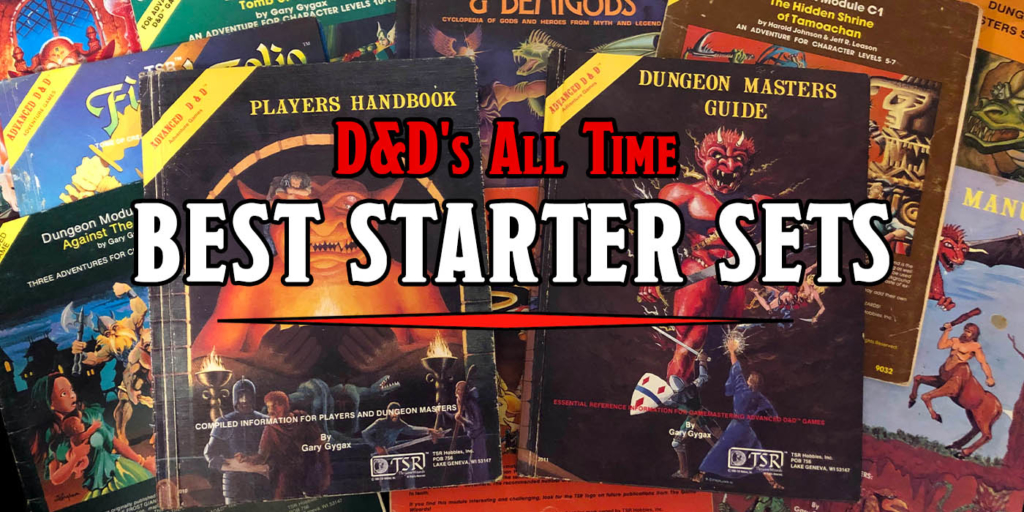 If you’re new to a tabletop roleplaying game or are trying to bring a new player into the game, starter kits are always a great place to start. But which is the best?

Often coming with everything a budding group of adventurers needs to learn the basics of the rules and get started on an introductory adventure, starter kits allow players to teach themselves the game while still engaging in a pretty comfortable amount of hand holding. And with years of history, D&D has seen its share of starter kits.

The fifth edition Essentials Kit boasts that it has “everything you need to create characters and play,” and it comes pretty darn close. Including maps, a DM screen, introductory level rules, and a step by step for making your own characters, this set is designed to take somebody who has only ever seen Dungeons and Dragons played (incorrectly) on TV and turn them into somebody who knows which dice to roll when. The Essentials Kit also utilizes intro adventure Dragon of Icespire Peak which our own JR picked out a few months ago as one of the best starter adventures in the game. Older starter sets and adventures may be classic and have a special place in our collective hearts, but the 5E Essentials kit is what you want to use to make some D&D introductions right now. 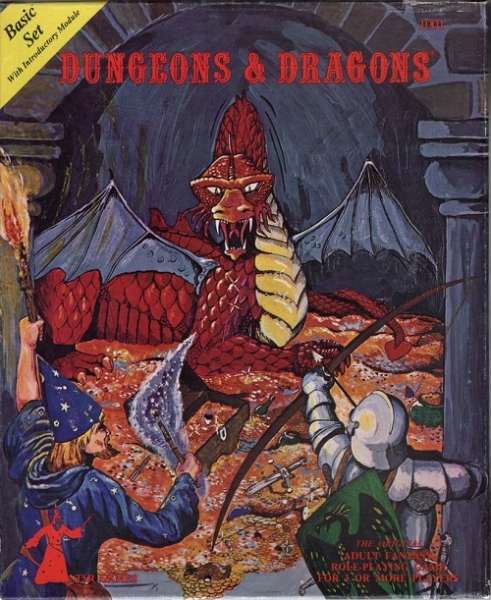 First published in 1977, and running through many revisions and rewrites over the following fourteen years, the Basic D&D set was one of the first first-introductions to Dungeons and Dragons. Unfortunately, it wasn’t fully compatible with AD&D, the game players were expected to transition over to from Basic D&D, making it a somewhat confusing kit for new players to jump into. But eventually this issue seemed to be resolved and the kit included more basics like dice, maps, and encounter tables. Still, despite its issues, Basic D&D is a little piece of Dungeons and Dragons history. 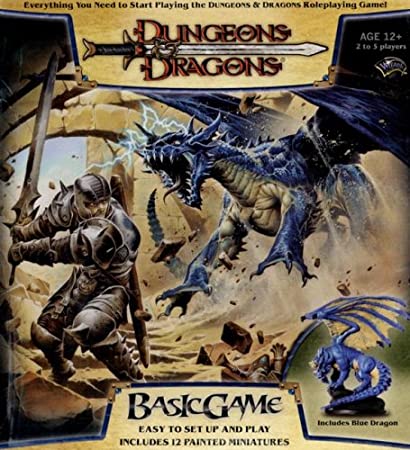 This particular starter set is a complete departure from the others, introducing a basic and simplified version of 3.5 mixed with a board game. Designed to require minimal set up or preparation, players picked their character and were given a booklet with their basic rules, abilities, and skills. Basic Game may not have been a normal D&D session on its own, but newer players who enjoyed those aspects of the game would likely enjoy a more standard 3.5 experience, and for players who didn’t… board games are fun in and of themselves so it’s okay. 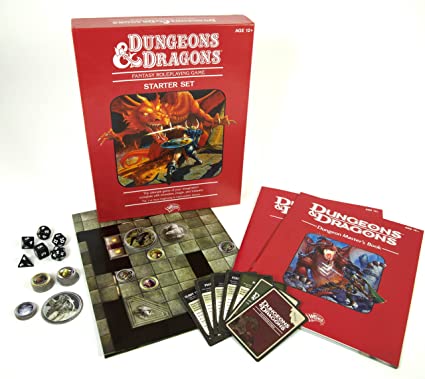 The 4E red box set was designed to be the easiest possible point of entry for newcomers to 4E. With separate booklets for players and DM, tokens, character sheets, and separate adventures for a group or a single adventurer, this set seems to have been put together to be as inviting and flexible as possible. Players were only expected to take this set up to second level, but after that point they would have a solid enough footing in D&D to move on to their own adventures.

What’s your favorite D&D starter set? Do you use starter sets for new RPGs or do you just buy the book and go for gold? How would you introduce a new player to D&D? Let us know in the comments!