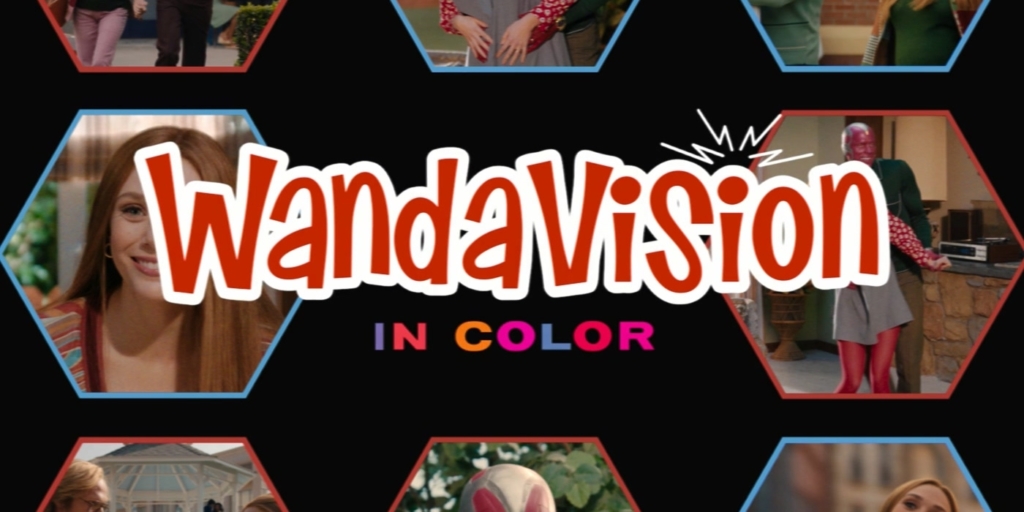 WandaVision digs into comic book history and is packed with hints about what’s up next for the MCU – those plans are huge.

Last week we left our loving couple just as they’d entered the world of color. This week has thrown us straight into the 1970s with a house inspired by the Brady Bunch and titles from The Mary Tyler Moore Show. The cracks in this created world are really starting to show.

There are a lot of spoilers below this gif.

A couple of quick observations:

This episode’s ad was a play on the famous ‘Calgon Take Me Away‘ spots of the 1970s, but for another Hydra product that promises to help you “escape to a world all your own, where your problems float away” with a “find the goddess within” tagline. Maybe a call back to the mind erasing blue soap in Agents of S.H.I.E.L.D.? Or is it a reference to the tesseract?

Jumping into the story…

Wanda goes from being a couple of months pregnant to having twin boys by the end of the episode – Thomas (Speed) and William (Wiccan), both straight from the comics. William takes after his mother with psychic powers, and Thomas takes after his Uncle, Pietro, aka Quicksilver. It’s pretty clear at this point that we’re in a reimagined House of M storyline, and this is how the series is going to hook into Doctor Strange in the Multiverse of Madness. 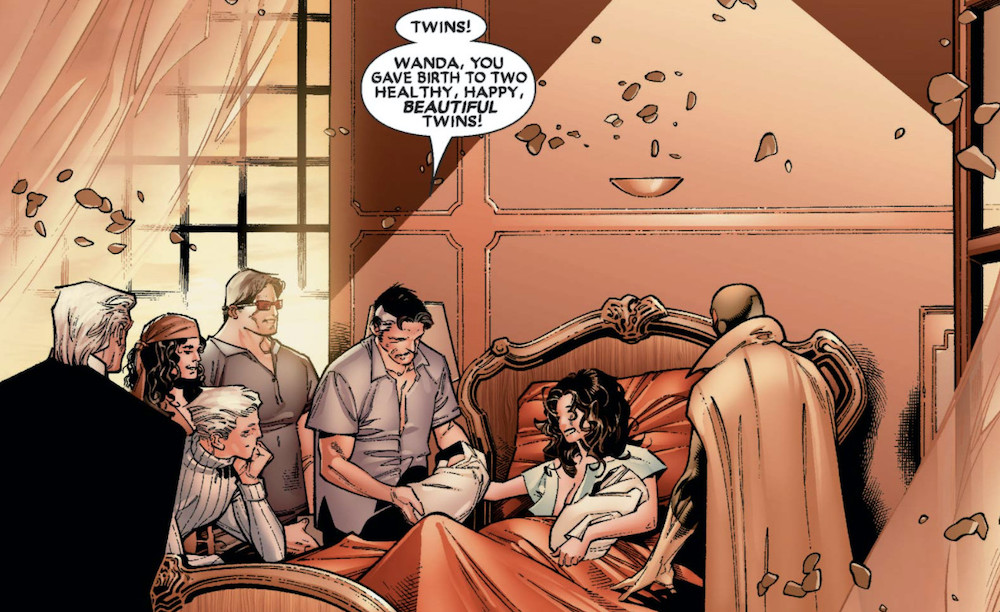 I don’t think we’ll be in this fantasy land for much longer. The illusion really starts to crack with odd behavior from side characters like Herb cutting into a cinderblock wall with a hedge trimmer. There’s a moment where Wanda rewinds Vision questioning their existence, so he asks something more acceptable. Wanda’s OB, Doctor Nielsen, stating that “small towns are hard to escape” after canceling his vacation. Side note, Vision calls Nielsen “Mr. Doctor” at one point.

And then there’s the conversation with Geraldine that seems to be an attempt to shake Wanda out of the illusion interlaced with Agnes warning Vision about Geraldine and trying to act like everything is fine. The two scenes set up the two sides in this struggle for Wanda’s consciousness – S.W.O.R.D. and (who I think are) Agatha Harkness and Mephisto (aka her husband Ralph that we never see). 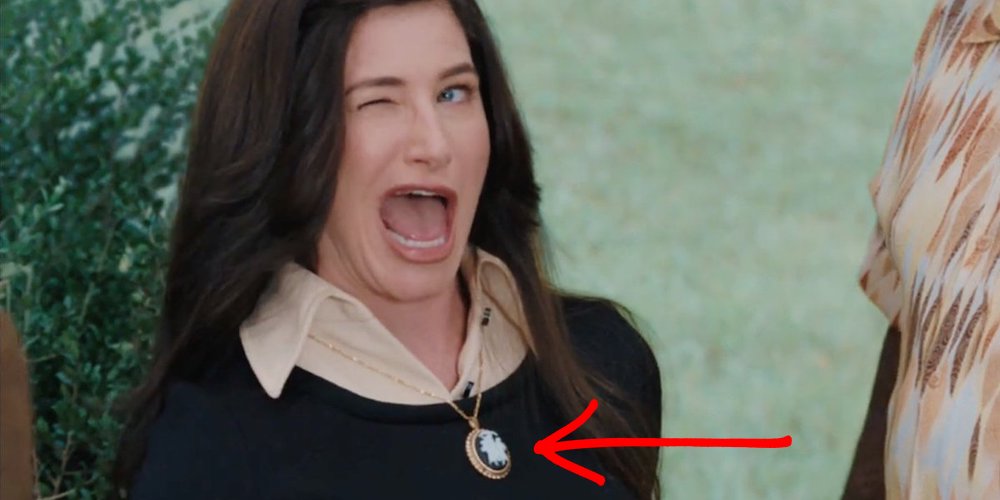 Something about Agnes that hasn’t been right from the start: the biggest hint as to her real identity is that she wears the same brooch through all three episodes, which is very similar to one Harkness wears in the comics. The brooch features a figure with a scythe, which (along with his helmet’s inclusion in the opening of episode 2) could point to the Grim Reaper and ties into Vision’s comic book history. She’s also been making sure that the classic TV illusion isn’t broken by ushering Wanda through scenes.

Wanda starts to remember her brother and sings a Sakovian lullaby to her new sons. Geraldine brings up Ultron, and Wanda questions her, who she is and why she’s there. It’s clear Geraldine is a member of S.W.O.R.D. and is there to either watch over Wanda or extract her from whatever she’s trapped in. 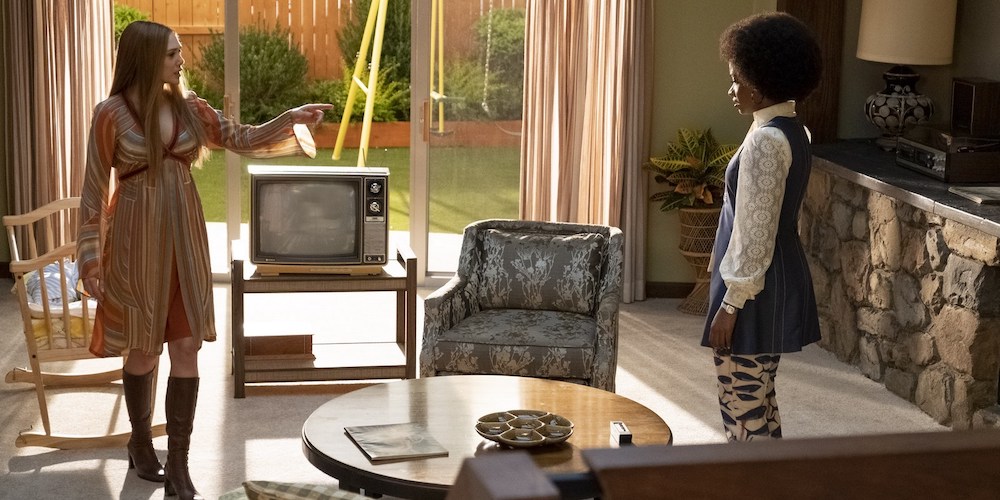 After Geraldine pushes Wanda too far, she is kicked out and quickly surrounded by helicopters and vehicles. It looks like S.W.O.R.D. has created a base around an area enveloped with some sort of distortion field. Maybe Camp Lehigh?

As said, I don’t think we’ll be in sitcom land for much longer. The teasers have made it clear that there is a fight coming and that Wanda is fully aware of it. So, what’s coming next, and what tie-ins are still hiding in the three episodes we have? There’s a ton of easter eggs crammed into this show – what have you found?