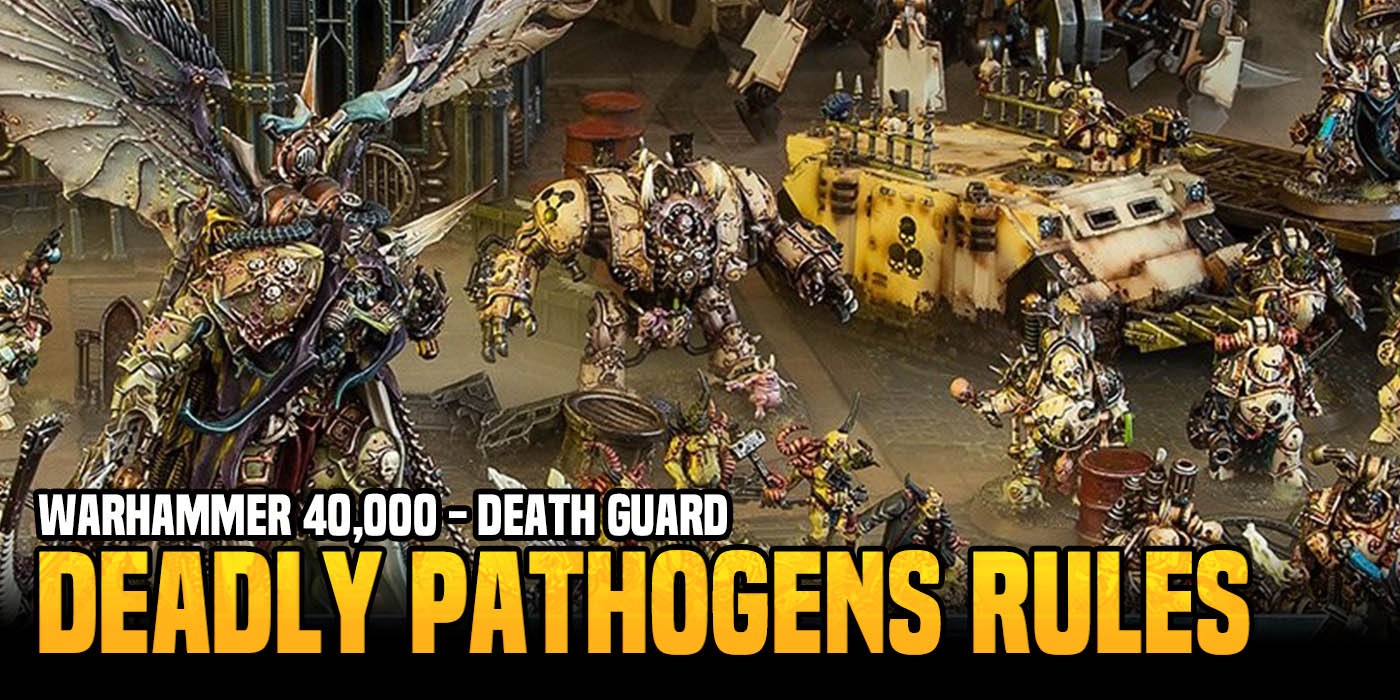 Take a look at the newest Death Guard rules for Contagions and Pathogens – these things will make your opponents green with envy!

Games Workshop has previewed one of the new Death Guard Deadly Pathogens but we’ve got the codex on hand to explore exactly what they do. With seven in total, you’ll get to choose exactly how your want your character to get buffed. 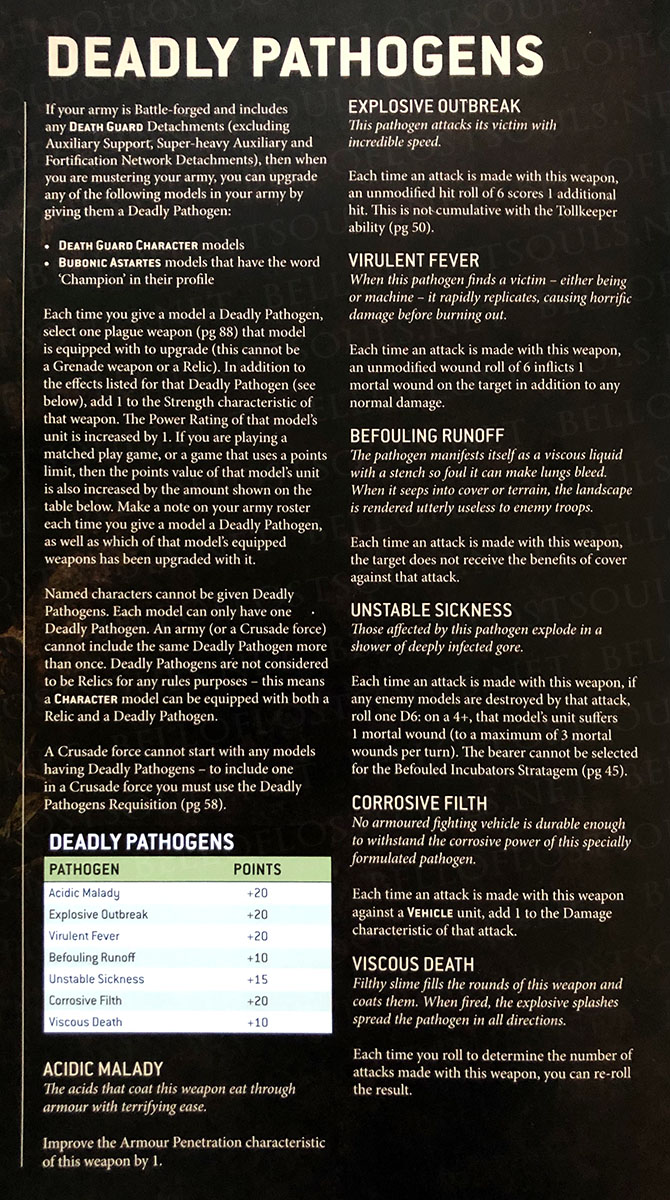 The first thing to note is the entire section on who, exactly, can use these Deadly Pathogens. Essentially, your non-named Death Guard Characters can have ONE of them applied to their Plague Weapons. Right off the bat, this increases the strength of that Plague Weapon by 1. In addition, their Plague Weapon also gets the added benefit of whatever the ability actually does.

Also, there does not appear to be a limit on the number of characters that can be upgraded with a Deadly Pathogen – the only limits regarding including them are that you can’t apply them more than once and you can’t apply them to a relic weapon or grenade. So no Viscous Death Blight Grenades and no swarms of Terminator Lords with Acidic Malady.

You’ll also have to pay points to include any of these upgrades for Match Play, which makes sense. Overall, all of these abilities are “nice to have” bonuses, but again, they are combined with that +1 strength boost which really makes them worth it.

Overall, there are some nice abilities on the list and it’s a unique way to upgrade specific characters in your Death Guard army to do specific things. We have all seen the Lord of Virulence combo with Viscous Death by this point – but again, that twin plague spewer with an extra point of strength and a re-roll for the number of hits is kinda nasty!

I can’t wait to see what other gnarly combos folks come up with. I know Goatboy has been having a field day with the new Death Guard options already. The Gifts of Papa Nurgle are going to come to a tabletop near you soon enough…

We’ll have more on the Death Guard all next week – stay tuned!

Author: Adam Harrison
Writer, Editor, Texas Native, and Austinite for 15+ years, Adam covers all things Tabletop Gaming. Which includes Warhammer 40,000, Age of Sigmar, D&D, Board Games and everything else that involves dice, boards, cards and a table. A hobbyist, player, and collector of miniatures and games, Adam's current obsession are his Death Armies for Age of Sigmar, his Blood Angels and Tyranids for 40k, and his ever growing Arkham Horror: The Card Game Collection.
Advertisement
Death Guard Rules Tabletop News Warhammer 40k Warhammer 40K 9th Edition
Advertisement 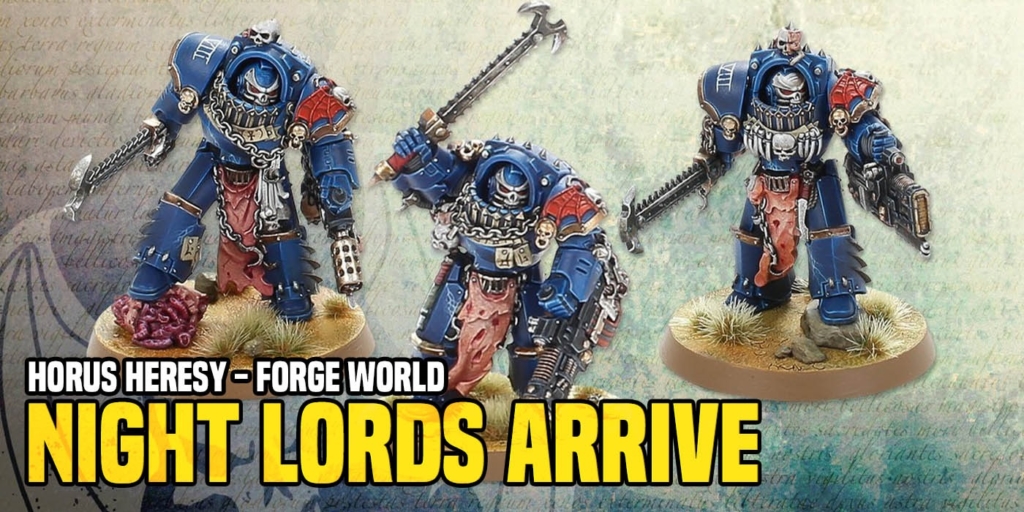