Warhammer 40K: Somebody Ought To Get Nurgle A New Chair 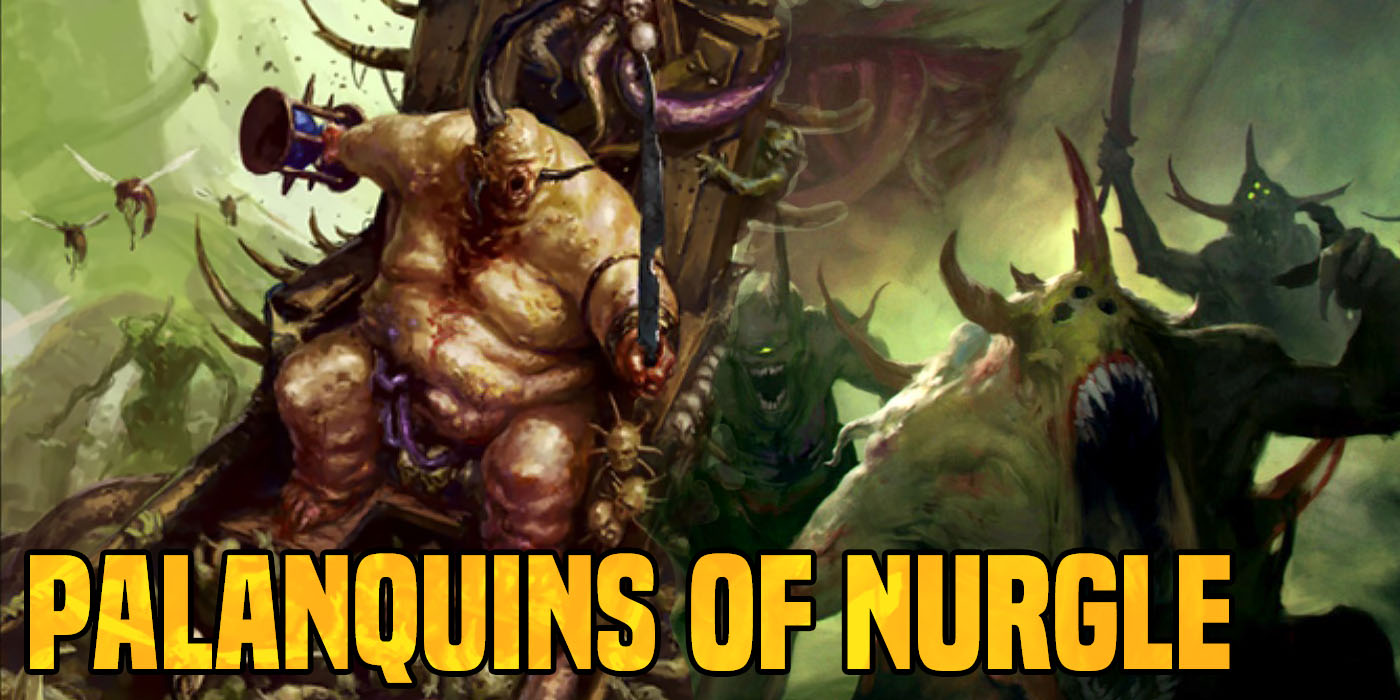 Today we look pack at the Palanquins of Nurgle from decades past and talk about why we REALLY need a new one.

If you’re a devotee of Nurgle you know walking is for suckers. Yes even Great Unclean Ones waddle about in the muck, but for the movers and shakers of decay there is only one way to get around the Gardens of Nurgle – on a Palanquin.

Why walk when you can be carried on an enormous rotting chair, atop a mountain of complaining yet innumerable Nurglings. If you listen closely, it sounds like the ocean… 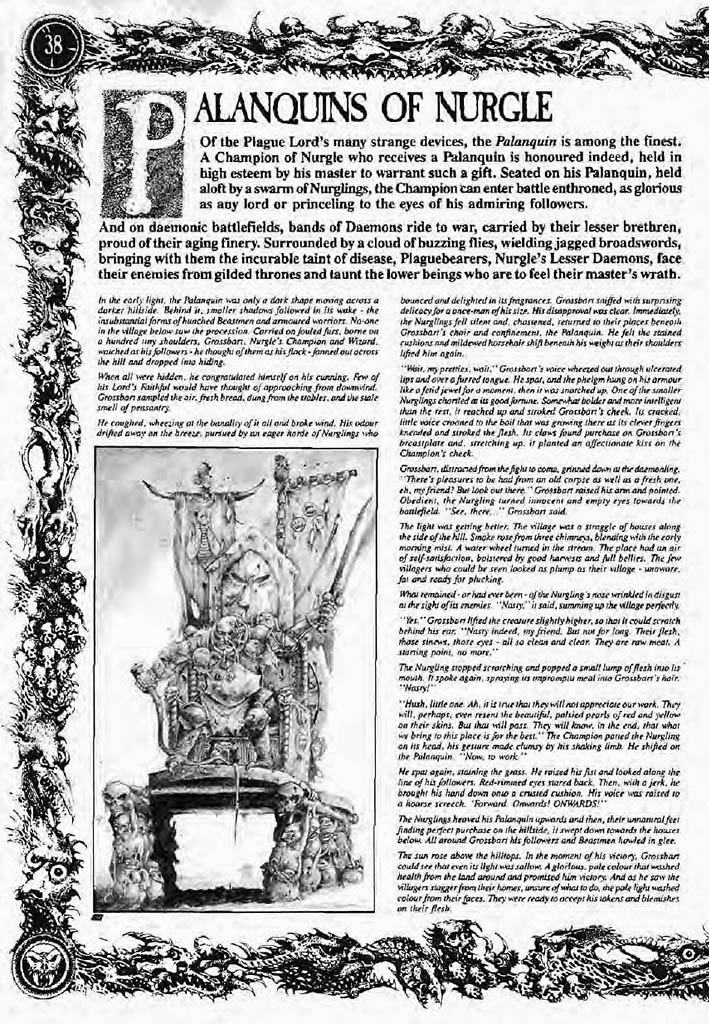 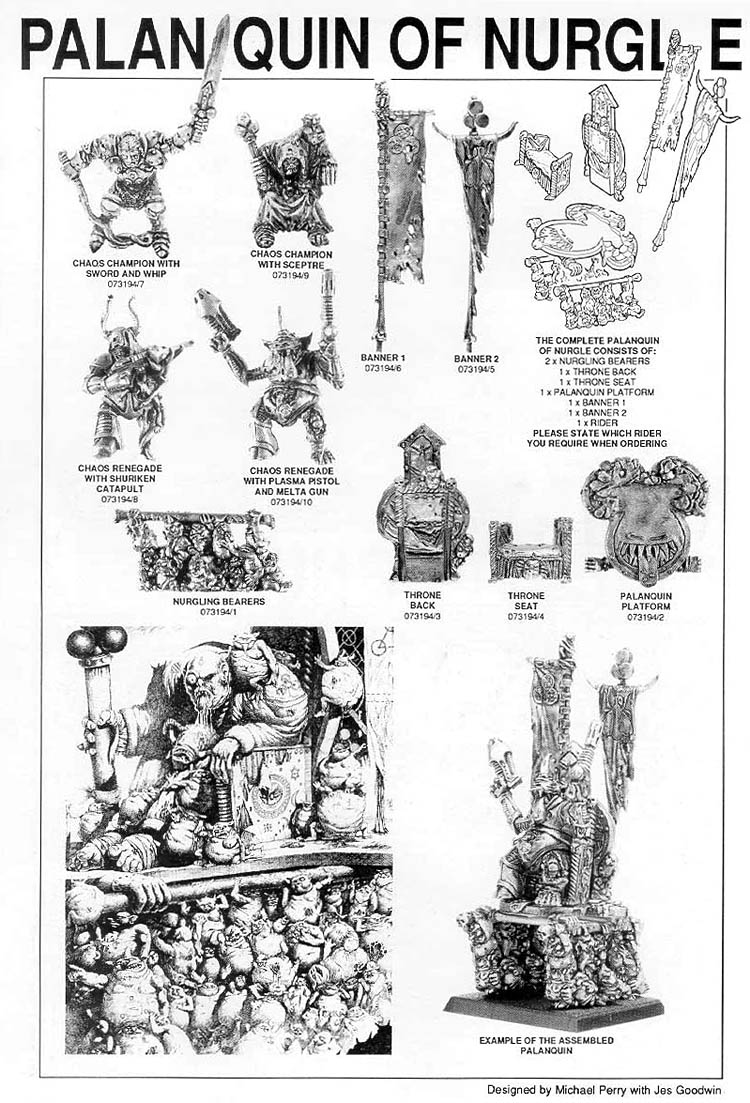 Note that back in the Realm of Chaos days there was a blurred line between Warhammer Fantasy and Warhammer 40,000. The palanquin was a small compact model, and came with a variety of four champions to sit atop. Look at that craziness up there, with everything from a fantasy champion, to a 40K chaos renegade, and what looks like a Plaguebearer – in power armor – with a plasma pistol – AND a meltagun (he’s living the dream my friends). For many a year every Nurgle hobbyist tried to shoehorn various more recent champions into that teensy little chair – but it was an uphill struggle. 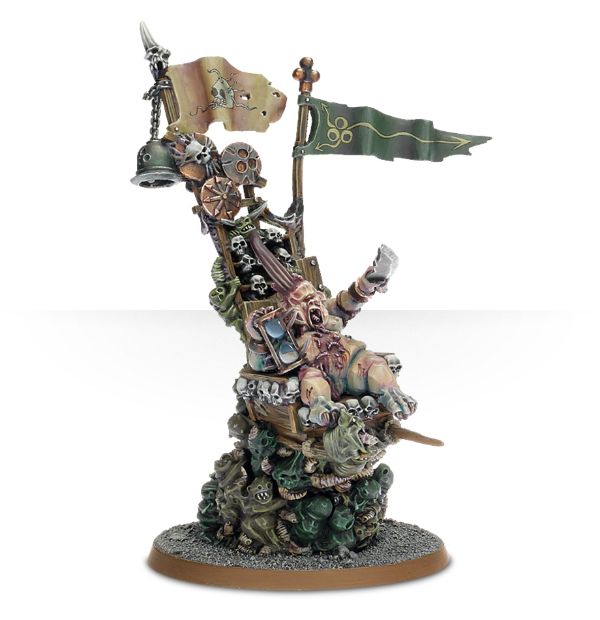 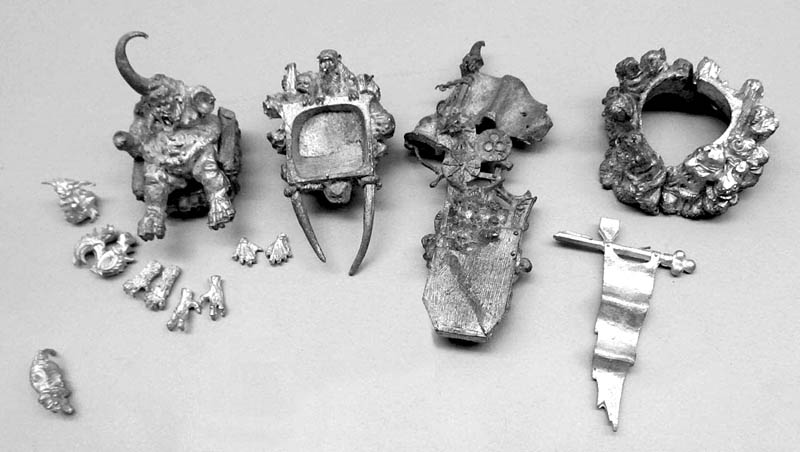 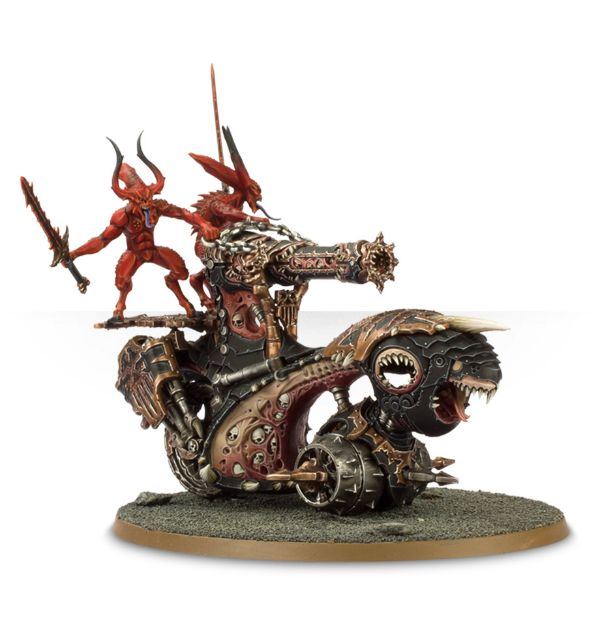 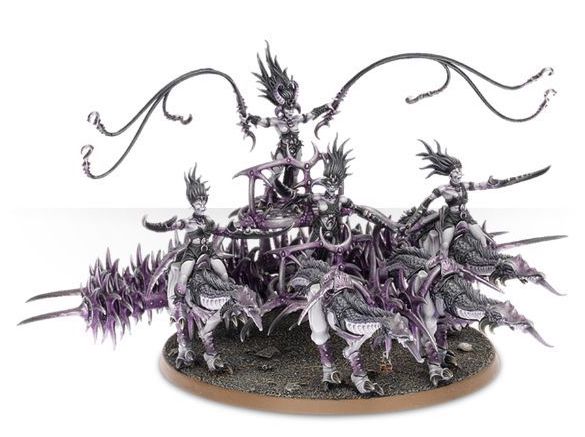 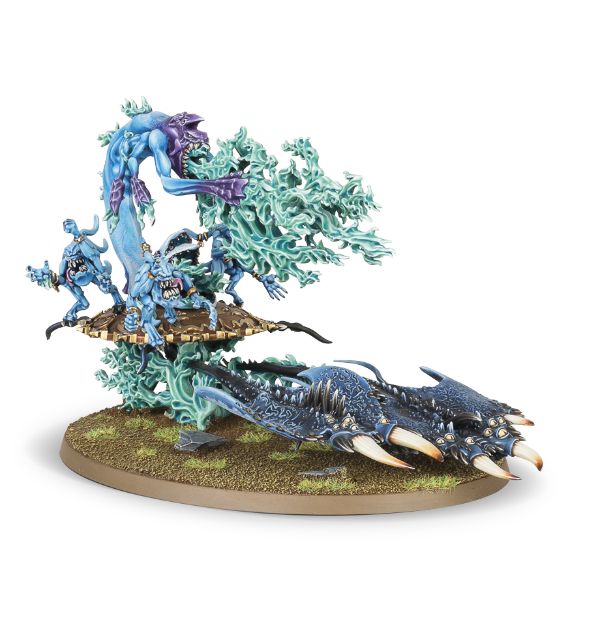 The Nurglings just want something cool to carry. They are sad. Mischievous, but sad.

In recent years we’ve seen GW go all plastic. The other chaos powers have received everything from Khorne Skull Cannon, to an all new Skulltaker, to Tzeentch’s new heroes, to the plastic Slaanesh everything. 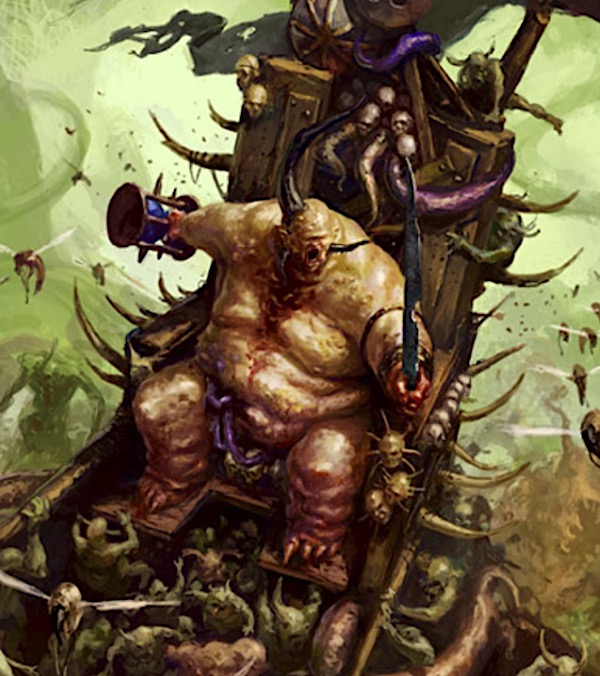 Epidemius just turned 12, and he doesn’t even have shoes – you can’t expect him to walk. Time for a new palanquin model – with some equally cool rider options.

~What riders would you put into a new Palanquin of Nurgle kit?