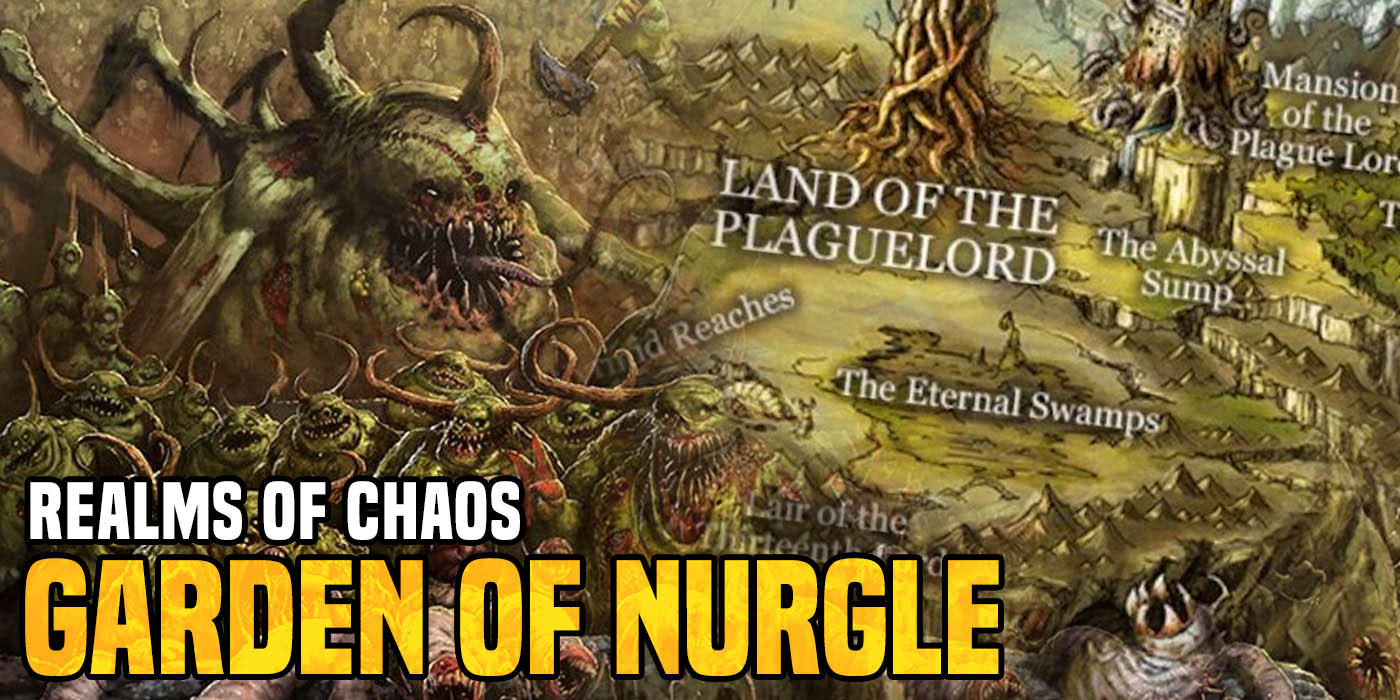 The Garden of Nurgle is a realm within the Warp that falls under the dominion of Nurgle, the Master of Pestilence and one of the Chaos Gods.

This unwholesome realm is home to every pox and affliction imaginable and is alive with the stench of rot. This ‘garden’ is not a barren wasteland, but rather a macabre paradise of death and pestilence. A thick sheet of buzzing swarms of black, furry flies litter the sky, and twisted, rotten boughs entangled with grasping vines cover the moldering ground, beneath an insect-ravaged canopy of leaves. Defiled fungi both plain and extraordinary breakthrough the leaf-strewn mulch of the forest floor, puffing out vile clouds of spores. Muddy rivers slither across the bloated landscape. 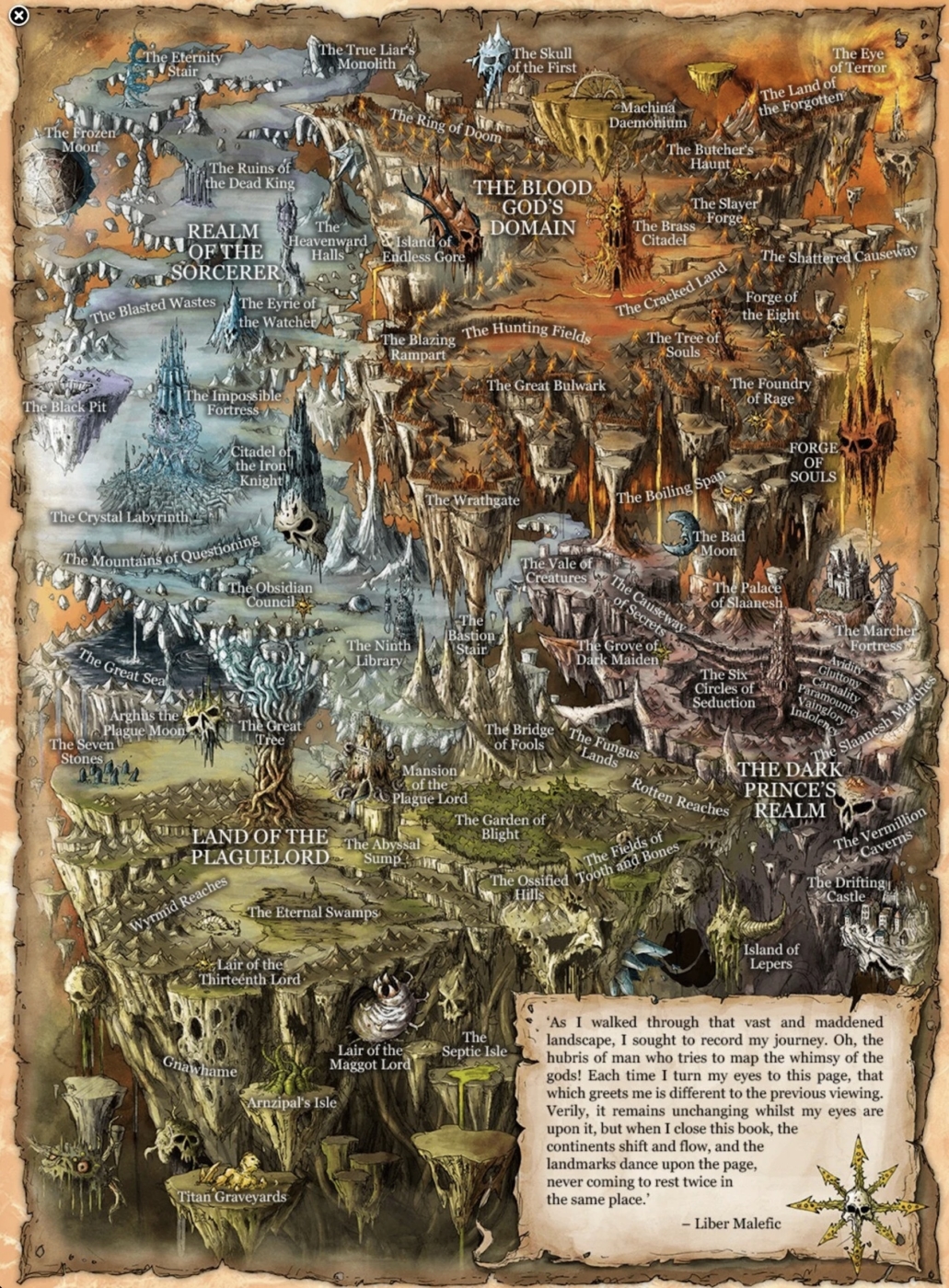 Nurgle’s Blighted Mansions of Misery and Mirth consists of rotted timbers and broken walls reside at the heart of the garden; decrepit and ancient, yet eternally strong at its foundations. It is within these tumbling walls that Nurgle toils at his cauldron, a receptacle vast enough to contain all the oceans of the worlds of the galaxy. 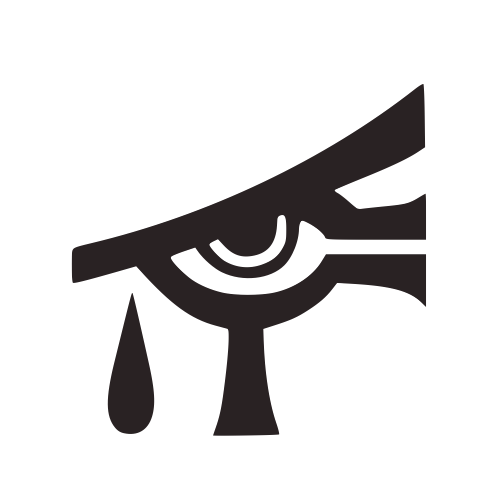 Nurgle keeps his companion Isha trapped in a cage in the Garden of Nurgle, in the corner of a room where he keeps the cauldron in which he creates all of his plagues. Being the Aeldari goddess of healing, Isha can cure herself of any of Nurgle’s diseases. Nurgle takes advantage of this by force-feeding her his latest creation and sees how long it takes the goddess to overcome its effects. If he is pleased, he releases it upon some unsuspecting world, if not, he starts over, working at his cauldron until he has something new to give to his ‘companion’. Whilst he is busy working though, Isha takes advantage of his distraction to instruct mortals on how to rid themselves of Nurgle’s poxes. 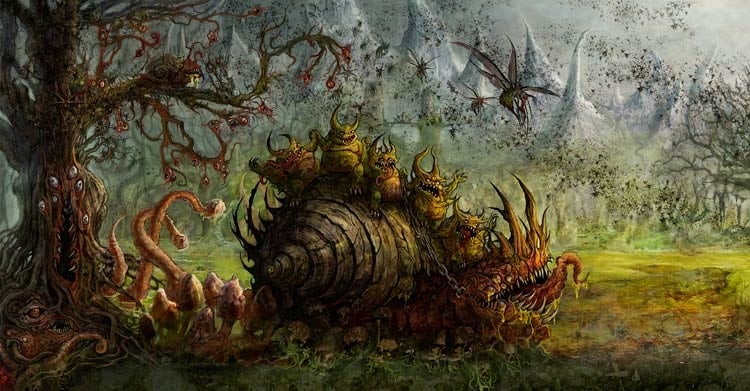