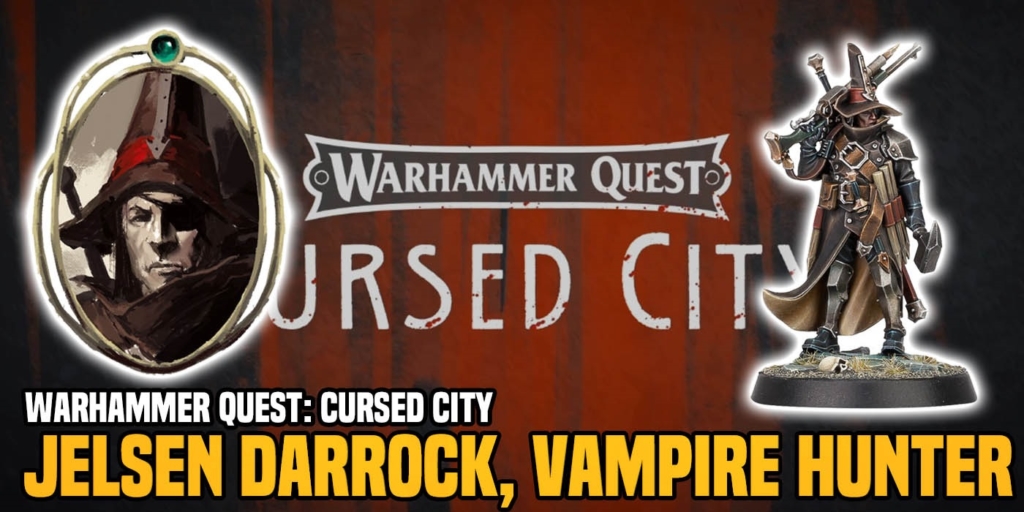 Warhammer Quest: Cursed city is giving us a new chapter in the Mortal Realms and our first look at a new hero. Enter the Vampire Hunter!

If you caught the Preview on Saturday then you probably caught wind of the new Warhammer Quest: Cursed City announcement. This time, players are going into enter Ulfenkarn to tackle an undead Tyrant and one brave soul is packing the stakes. Because Vampires. Let’s take a closer look at Jelsen Darrock, Vampire Hunter. 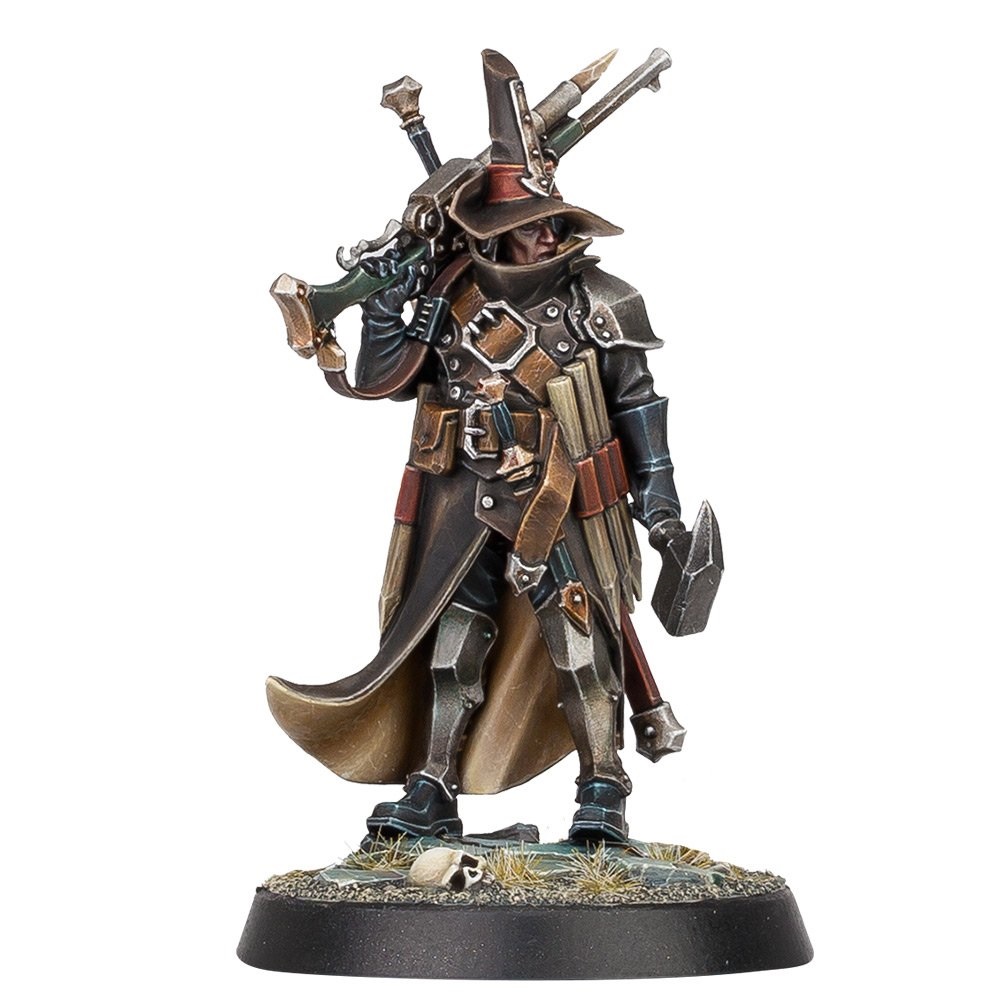 Let’s talk about the miniature first and then come back to his background. For starters, this fellow is giving off a STRONG Van Helsing vibe. Which, being a Vampire Hunter, seems fitting. In a lot of ways, it’s the old school Witch Hunters from Warhammer Fantasy taken up a level and reintroduced for Age of Sigmar. I’m also getting a retro-Inquisitor vibe, like Grayfax from 40k: 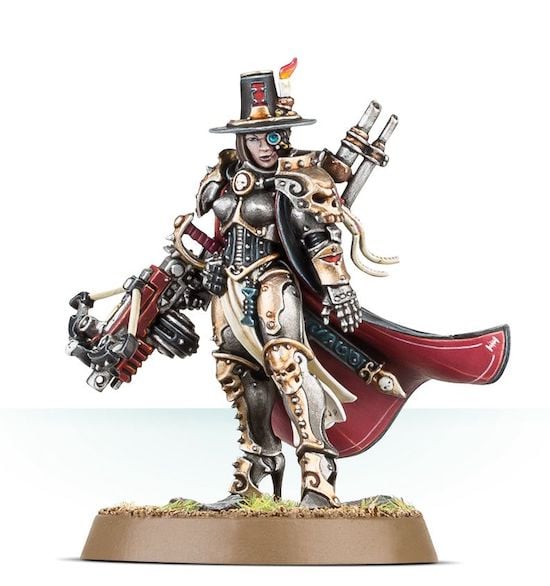 These two characters might be game-systems apart, but you can see the connection there. Maybe there will be a timey-wimey, wibbly-wobbly event that brings these two Hunters together for an epic team up. Or not. Maybe Don’t cross those streams…

ANYHOW, the model has traded in his Witch Hunter Standard Issue Witch-Burninator (TM) – also known as a torch – for other long pieces of wood. I’m referring to the stakes he’s rocking. 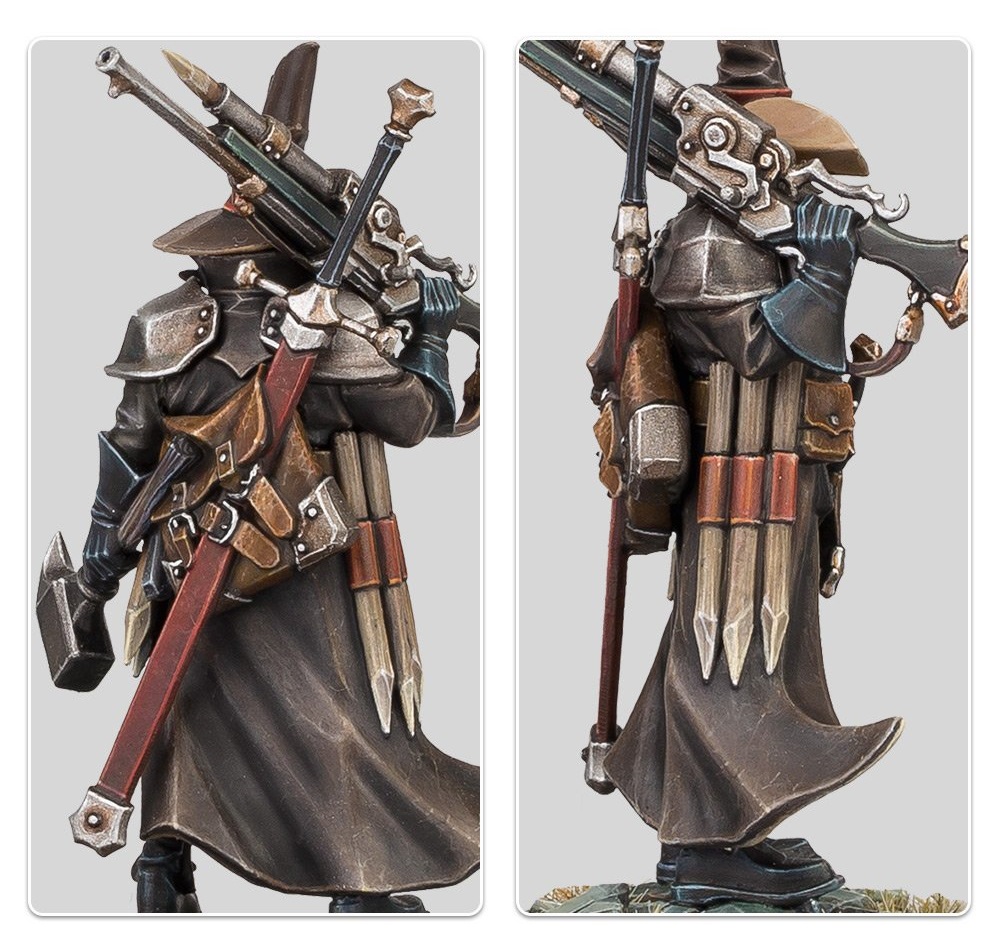 I really like his kit! I really like this model! Jelsen certainly has that grim look to him as well – like he knows what he’s about to do and it’s not pretty. I like his two-handed sword strapped to his back along with his rifle that includes an underslung stake-launcher. I’m not sure what type of propellant he’s got for those stakes, but he looks like he knows what he’s doing. He’s also got that large back, clearly full of other tools of the trade, and that workman’s hammer. Useful in a pinch, but it’s probably there for when he’s in stake-range. 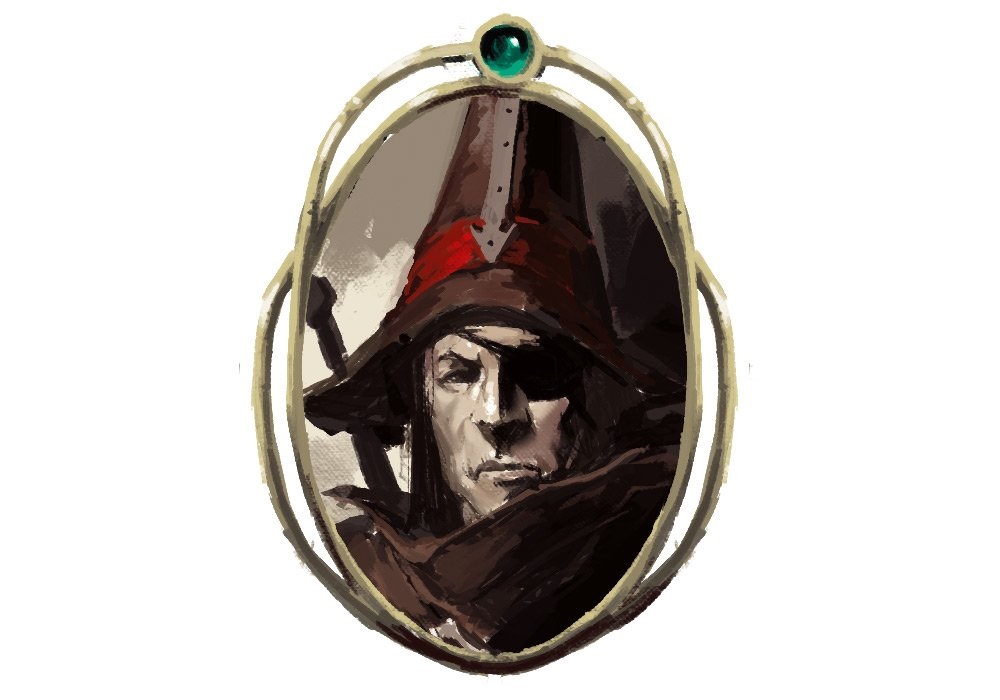 “The hopes of a city rest on the shoulders of an unlikely collection of rogues, outcasts, and cut-throats. Of these, the figure with the most experience of hunting vampires is Jelsen Darrock. Once he hunted witches, aethergheists, and cultists of the Dark Gods, but after he was expelled from the Order of Azyr, he decided on a massive career change and started hunting vampires instead.”

After reading this, a lot of his kit makes sense. Clearly, he’s seen some stuff before and has dealt with all manner of Undead and Chaos critters before. He had a job on the side of Order dealing with those things already. However, he did something to get expelled from the Order of Azyr. I dunno about you, but I’d REALLY love to hear that story one day. What could a Witch Hunter do to get kicked out of the Order? Must have been pretty extreme. 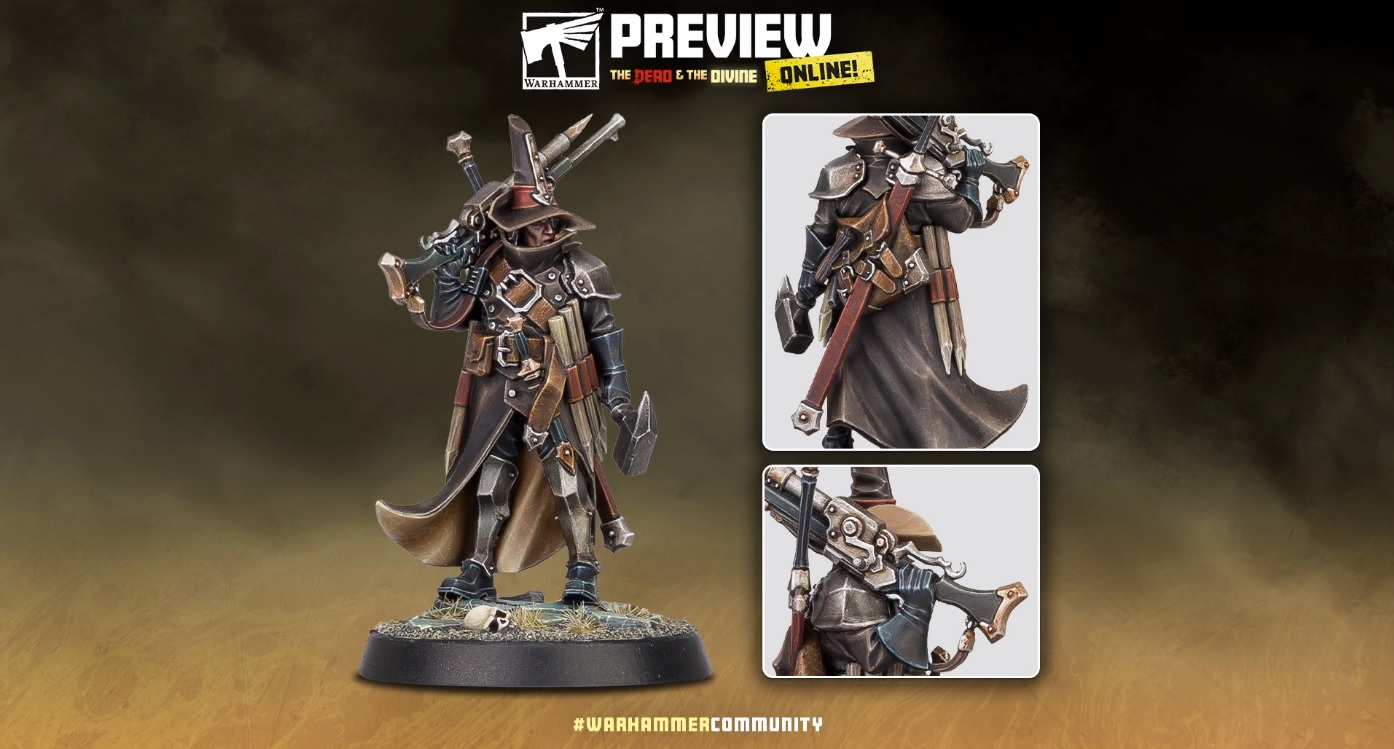 In any case, Jelsen will be arriving with the upcoming Warhammer Quest: Cursed City. It’s sure to be a fun romp in (another) cursed city of the Mortal Realms.

Maybe the citizens of the Mortal Realms should avoid all these Cursed Cities. First Shadespire and now Ulfenkarn? Or maybe Nagash needs to stop cursing so much. 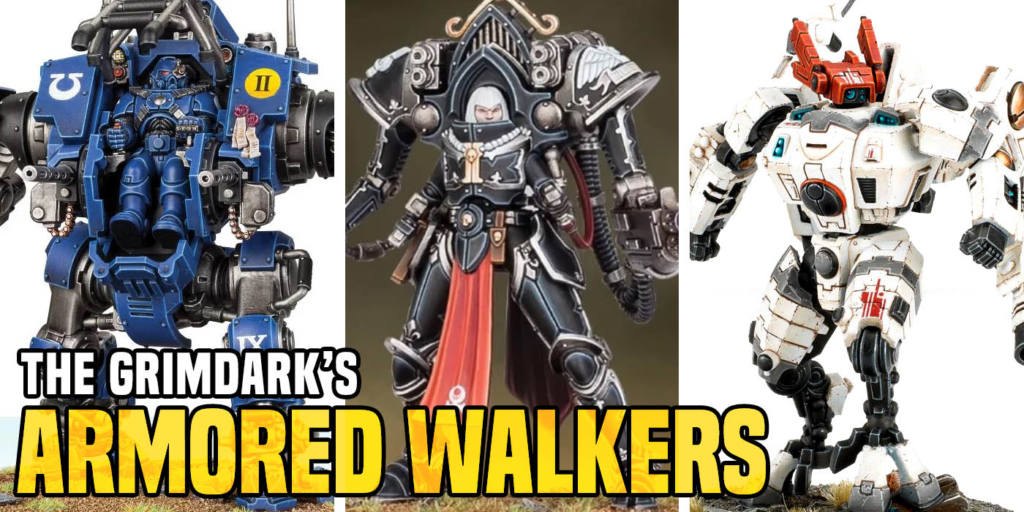