Warhammer: The Vampires of the Old World 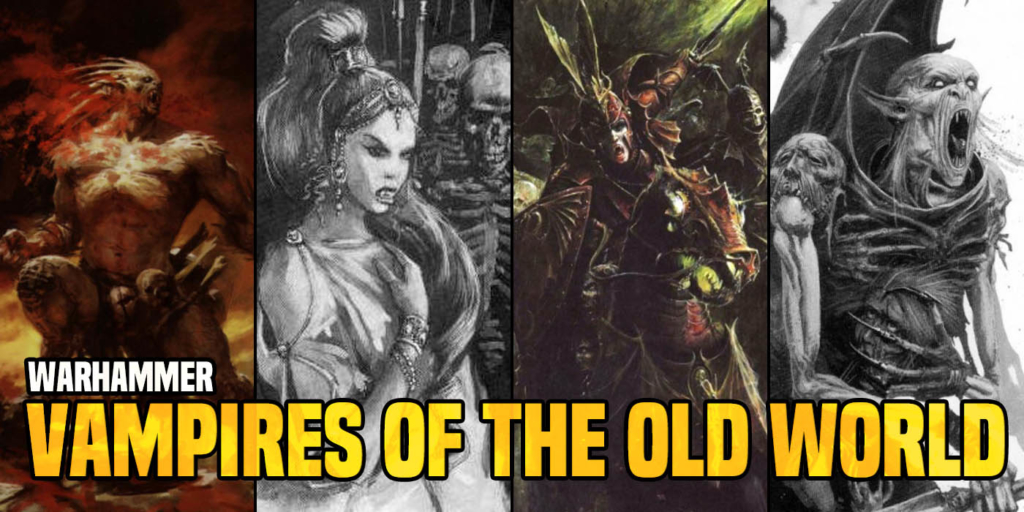 There is a buzz about the new Vampire Warband coming to Warhammer: Underworlds. Why? Because it has to do with the Vampires of the Old World.

If you watched the big reveal on Saturday and saw the new Vampire Warband you might have noticed the chat explode with excitement. There were lots of call outs about how “X” Vampire looked like “Y” vampire type from Warhammer Fantasy. However, if you’ve never seen them or played during the era of the Vampire Counts, a lot of this could be lost on you. So today, we’re going to revisit these Old World Vampires and see why folks are so excited. 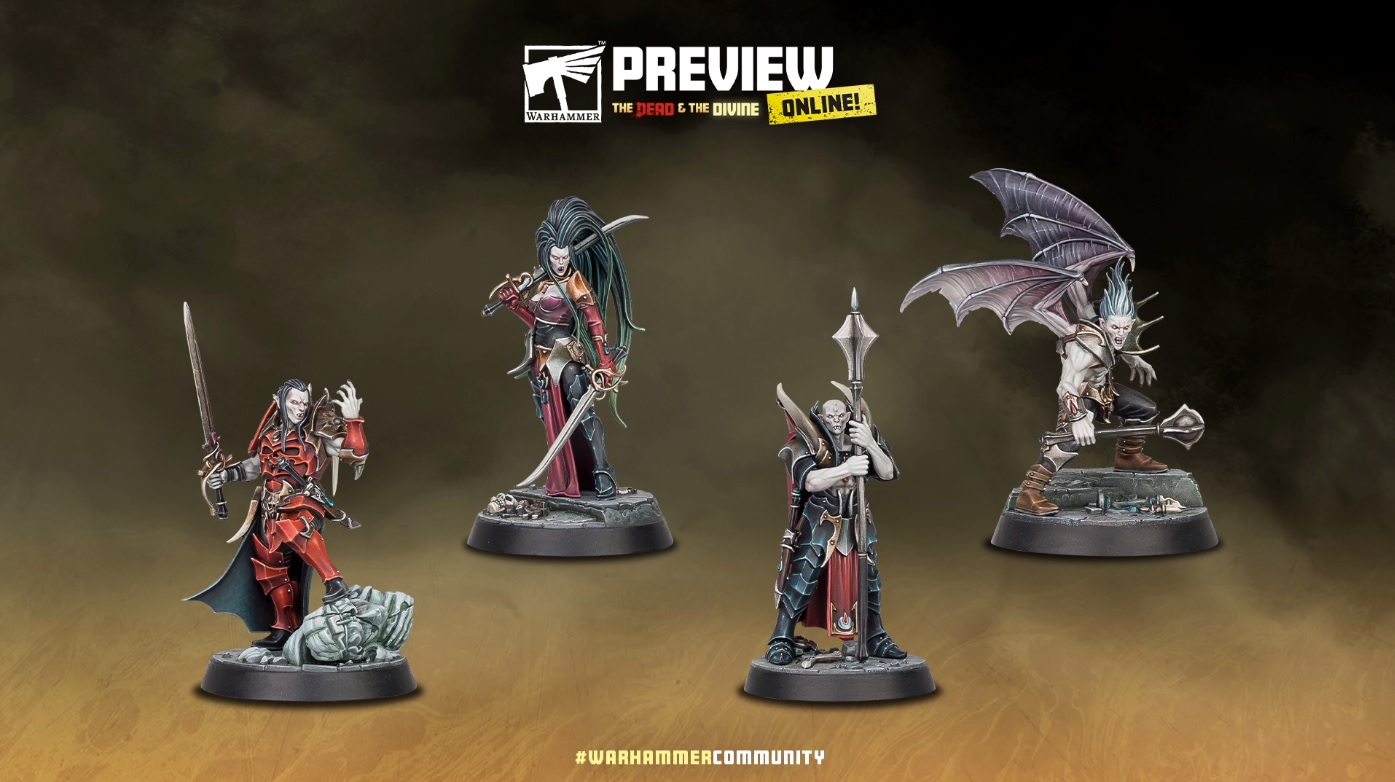 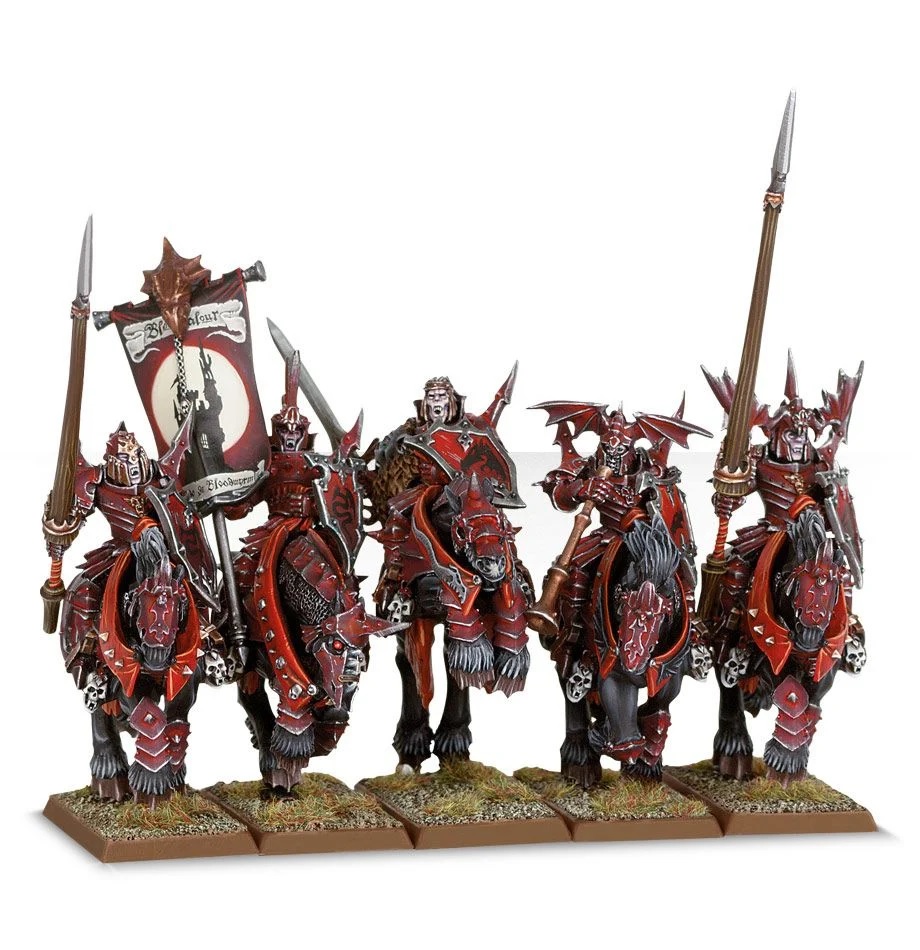 The Blood Dragons were an Order of Blood Knights from the Old World. Created through the lineage of the Vampire Abhorash by way of Walach. these Blood Dragons valued martial skill and mostly focused on their physical powers to dominate their opponents in combat. Twisted versions of Grail Knights, these Warriors followed a knightly code to some degree. However, it mostly boiled the humans down to one of two types: A Worthy Opponent or Target Practice. If you managed to put up a decent and honorable fight, the Blood Dragons might spare you (by turning you into a Vampire in most cases). But if you were weak or if you weren’t worth their time you became a snack. 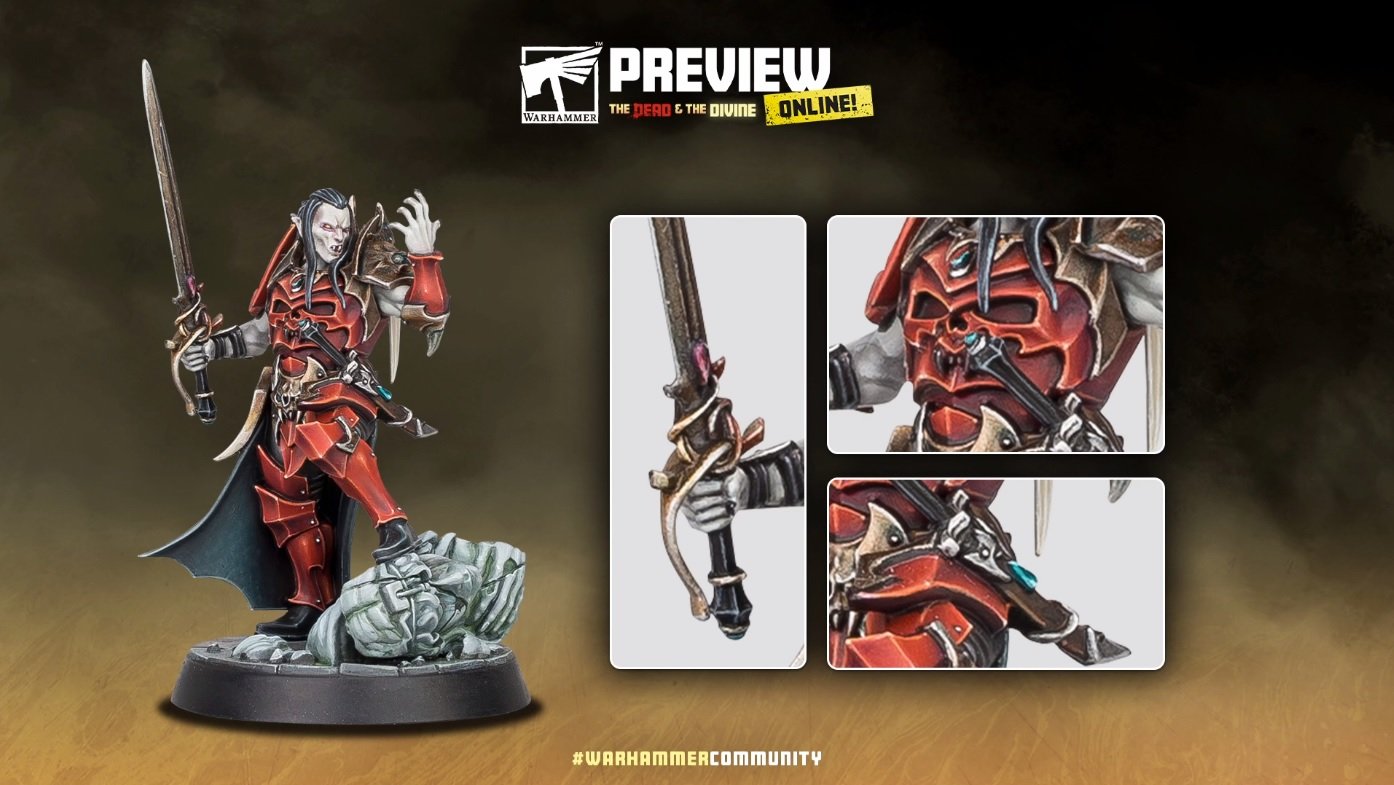 While the paint job is doing a lot of the heavy-lifting to make this model associated with the old Blood Dragon order, all it’s really missing is a horse. Maybe a Shield. But the Prince here is basically a Vampire Knight – just like the Blood Dragons from the Old World. 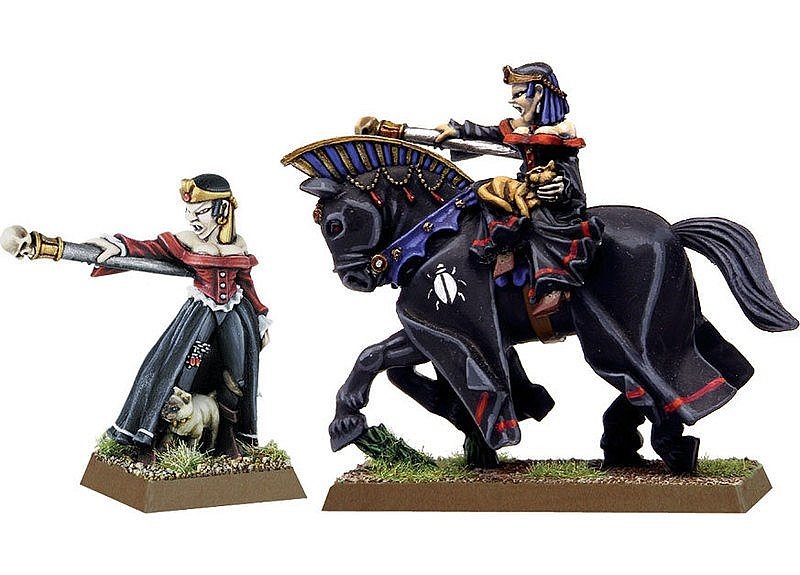 The Lahmain Vampires were a sisterhood of vampires under the rule of Neferata. Yep, THAT Neferata. She’s still around so it’s going to be interesting to see how (and if) this gets worked into the lore. 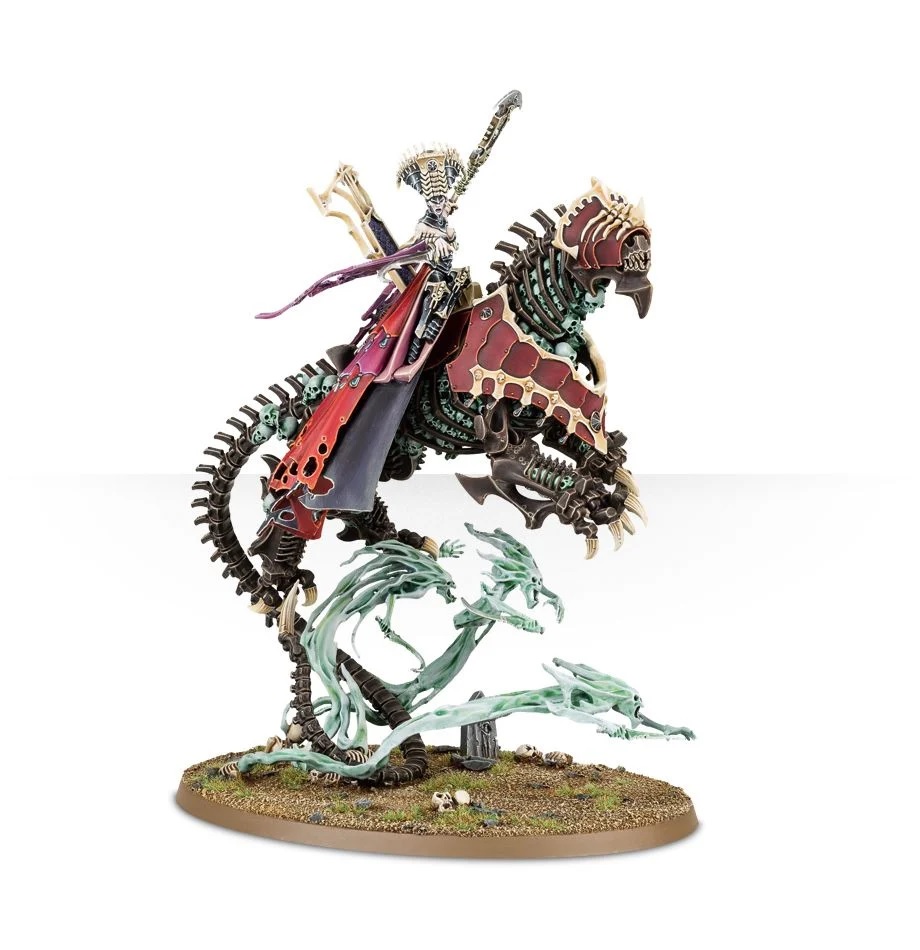 Anyhow, these Vampires were created by her and used as spies and assassins. Lahmians are the epitome of the phrase “if looks could kill.” Because in their case, yes, they actually do. 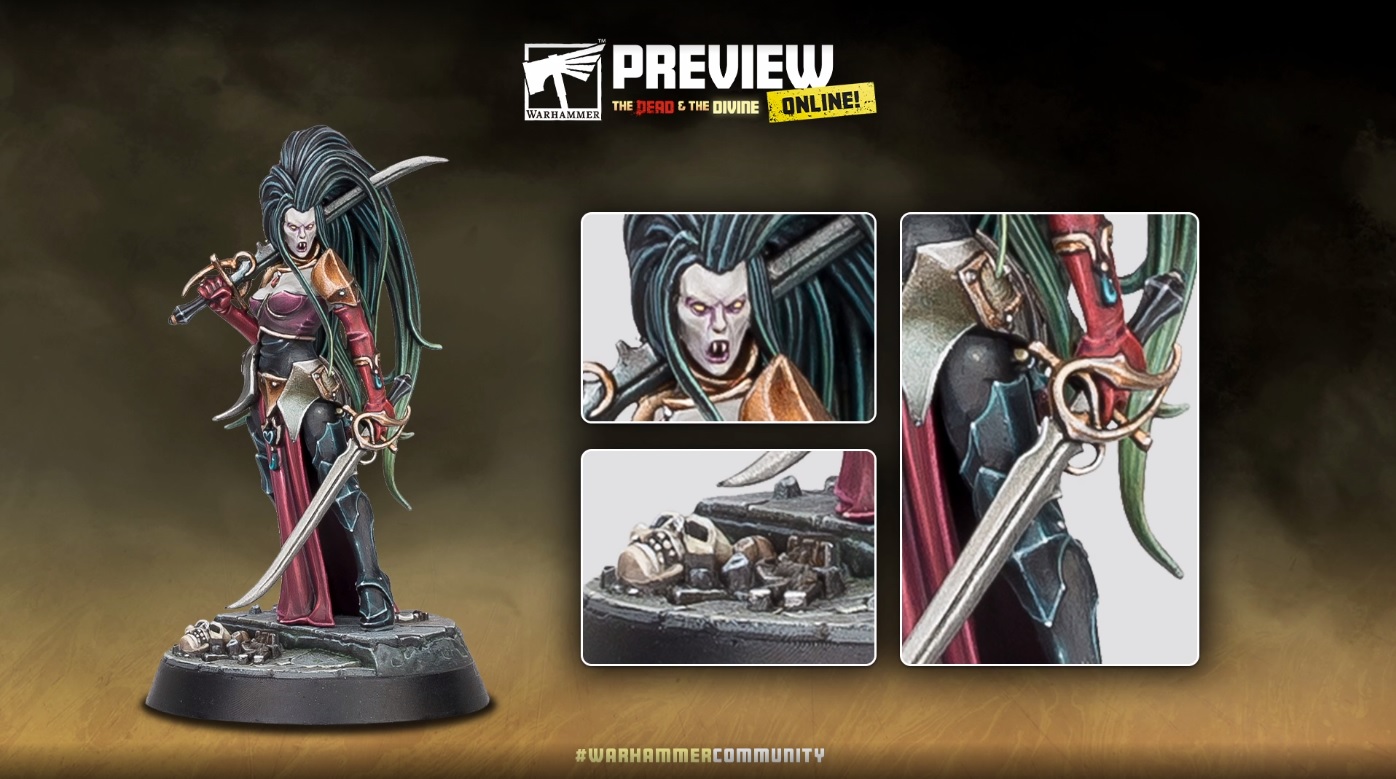 In the Old World, to underestimate on of these vampires was certain death. Vellas Von Faine certainly looks to be following in the same vein. Although she seems to have much more dynamic hair – perhaps hair care in the Mortal Realms is just better… 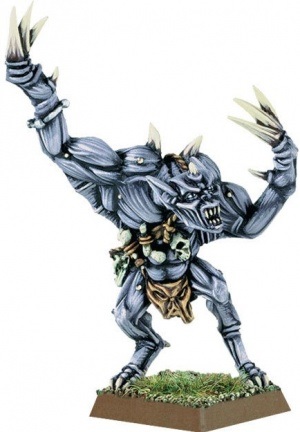 The Strigoi Vampires have undergone the most drastic changes since the Old World. These vampires were the most feral and brutal of all the vampires and their physical appearance reflected it. They were later updated to even have more bat-like features including wings: 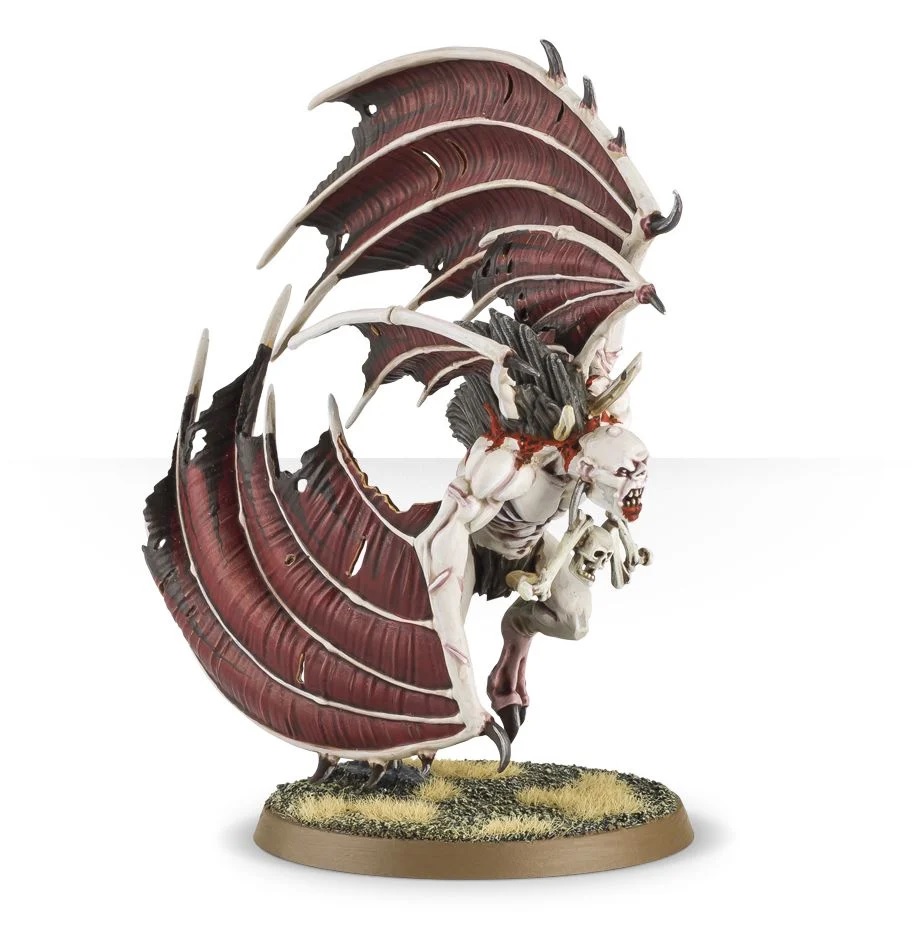 This is the more recent version, now known as Crypt Infernal Courtiers, they are members of the Flesh-eater Courts.  Interestingly enough both Gorath the Enforcer and Ennais Curse-Born could be from this line of vampires as they each share various aspects: 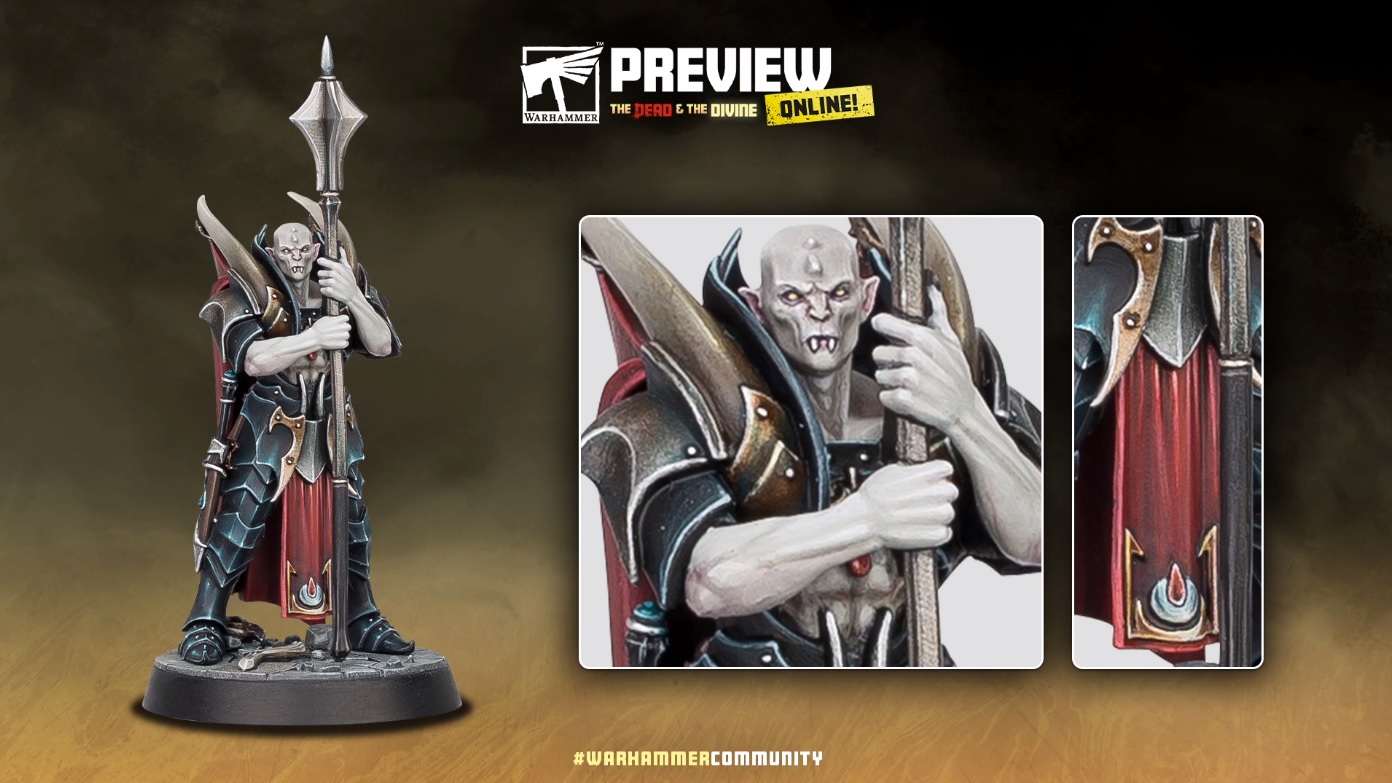 Gorath has that air of raw power that the Strigoi vampires had while Ennias has more of the feral and bat-like aspects. 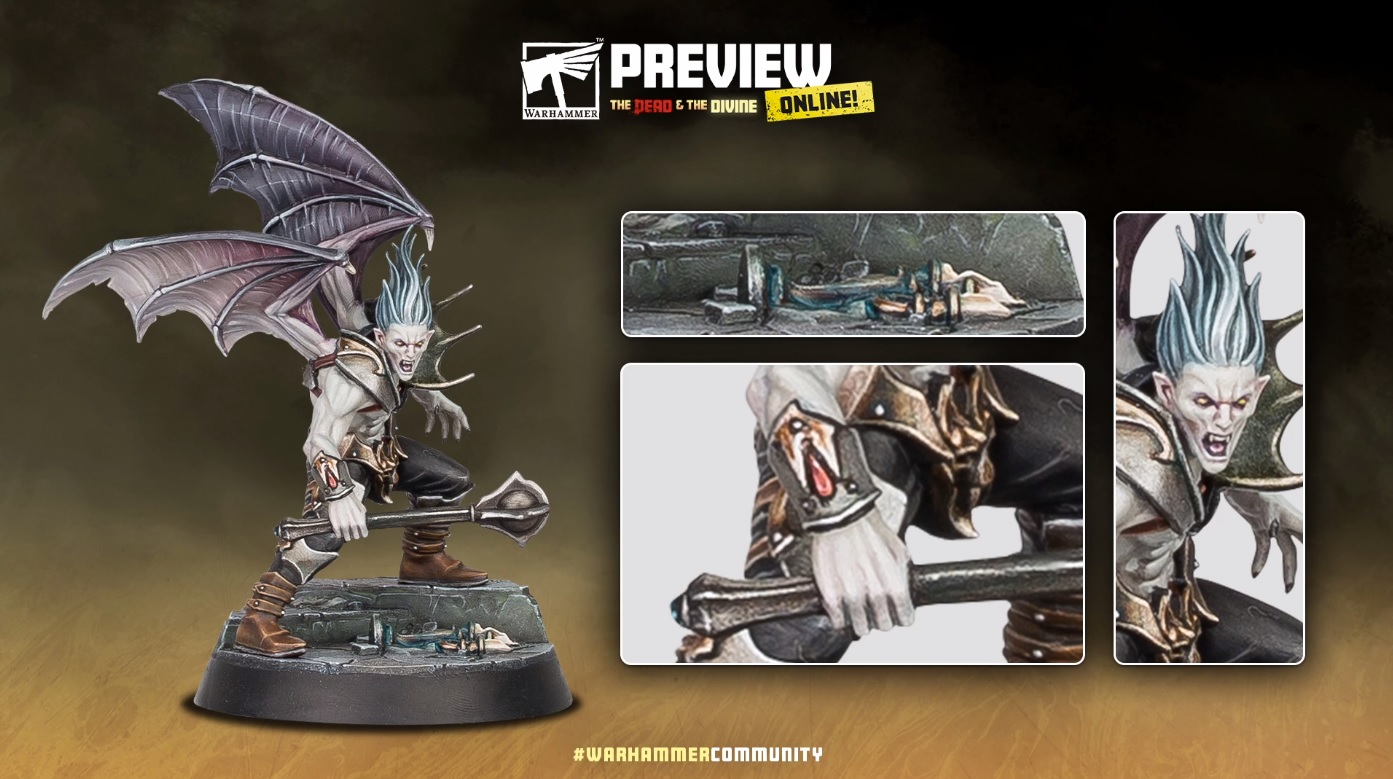 Both of these models are a pretty clear nod to those old school vampires. 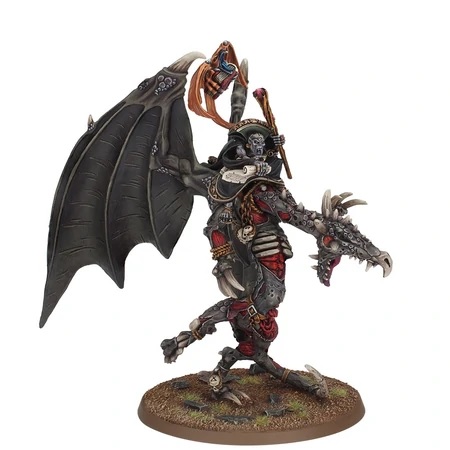 Of the four bloodlines from the Old World, the Necrarchs have basically taken a back seat in the Mortal Realms. They were vampire scholars who focused more on the art of Necromancy instead of their new physically powerful aspects. They were potent wizards AND vampires – capable of blasting you with magic or with might. Sure they might have been more into old and musty tomes of power, but they WERE still vampires and could just as easily rip your neck out as turn you into a zombified corpse.

In the current Death faction, their role has somewhat been absorbed by the Mortarchs who are both Vampires and Wizards. We may yet see Games Workshop revisit these style of Vampires at a later date. But for now, it’s pretty clear that the other three bloodlines are getting their time in the spotlight.

Well those are the four main vampire bloodlines from the Old World. We’ll see how GW reinvents the rest of the vampires for the Mortal Realms!

D&D: How Race Is Changing In Dungeons & Dragons 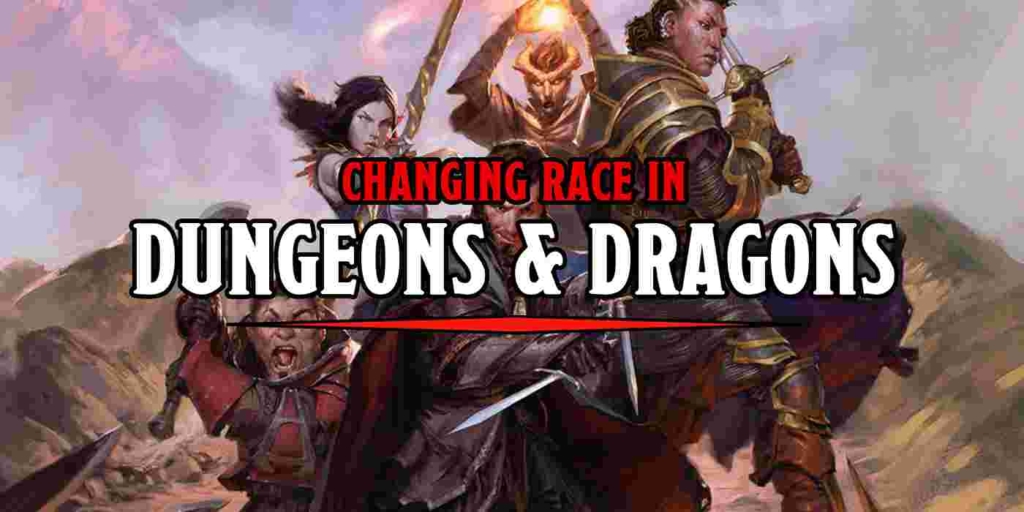