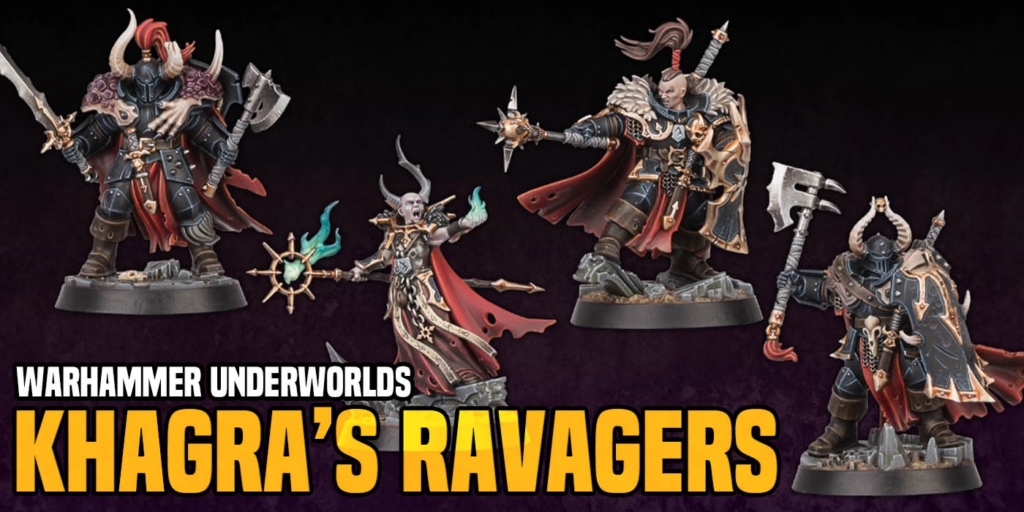 Khagra’s Ravagers are coming to Warhammer Underworlds and they have their own unique mechanic for objectives. Bring on the Desecration.

Warhammer Underworlds is a great arena skirmish game that revolves around battling your enemies and taking (and holding) objectives. So when a warband comes along to disrupt your standard objective-taking (and thus point scoring) it can be a literal game changer. 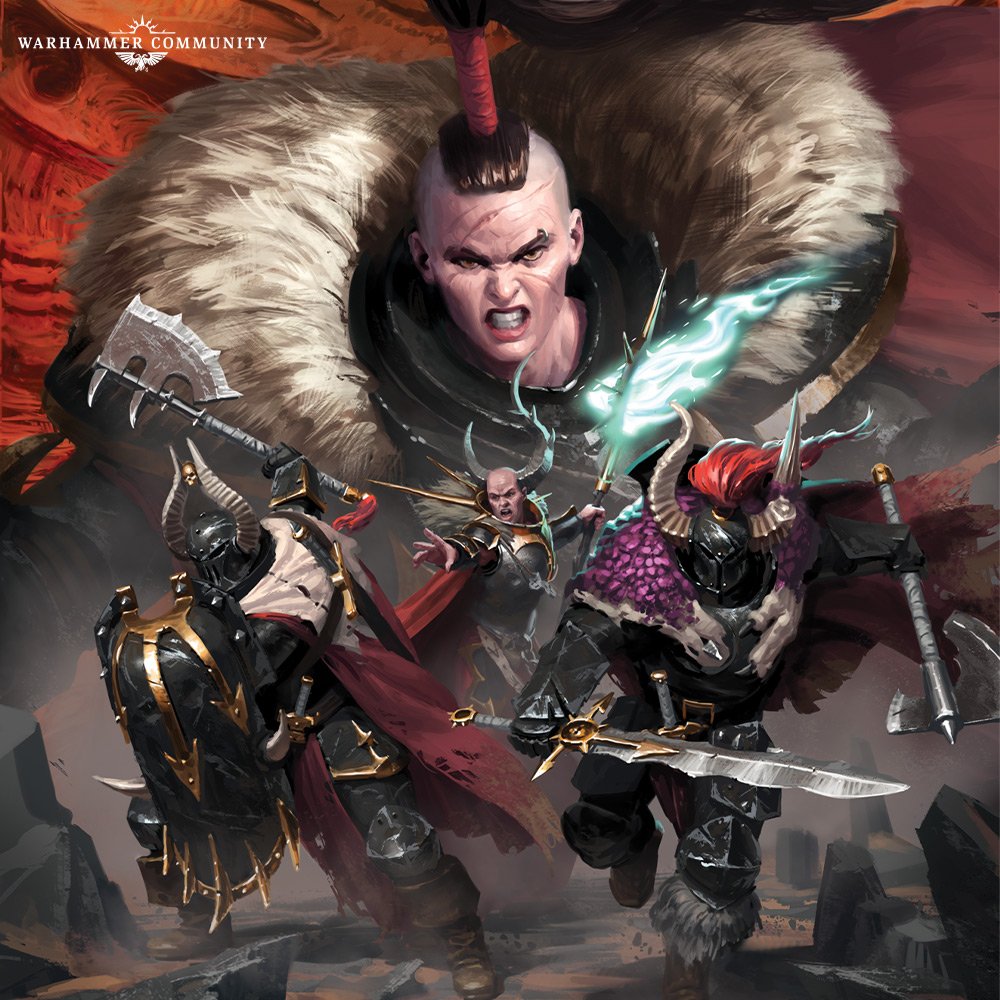 “Khagra’s Ravagers have several ways to desecrate objective tokens, both on their fighter cards and their power cards. When you desecrate an objective, you place a Desecration token on it. While it has this token, fighters cannot hold it.”

This can be pretty powerful for the Ravagers as it can allow them to lock objectives down. However, that doesn’t mean that those objectives can’t be taken back. “…at the end of a power step, a fighter in the same hex as an objective that has a Desecration token can remove it. ” Those tokens are also removed if the objectives are ever flipped. 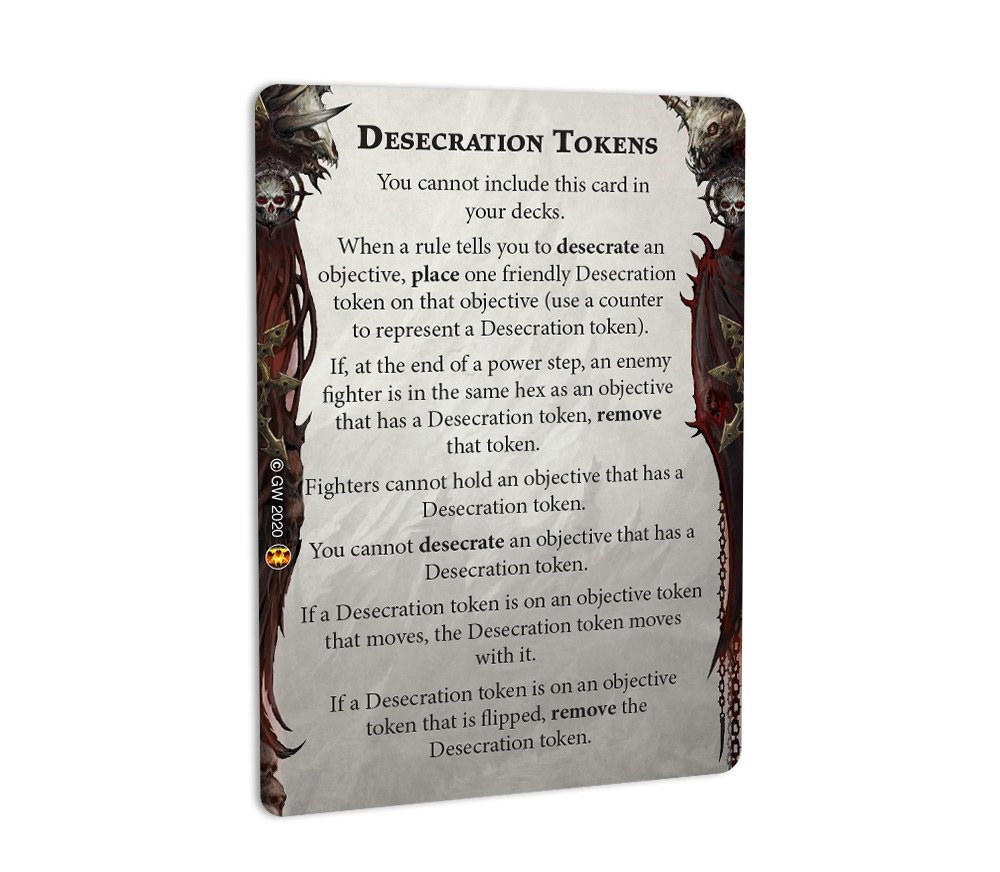 Removing those tokens is also important for your opponent – not just to score objectives but also because it can lead to other interactions that can benefit Khagra’s Ravagers. There are a number of objective cards for the Ravagers that have to do with Desecration tokens.

One of the goals and probably the biggest challenge for this mechanic is balancing it out to ensure that no player is shut out from the game. GW’s designers have said that they had to go through many attempts to get the play and counter-play just right. This version is what they landed on – soon players around the world will be able to put it through it’s paces to see how they did. 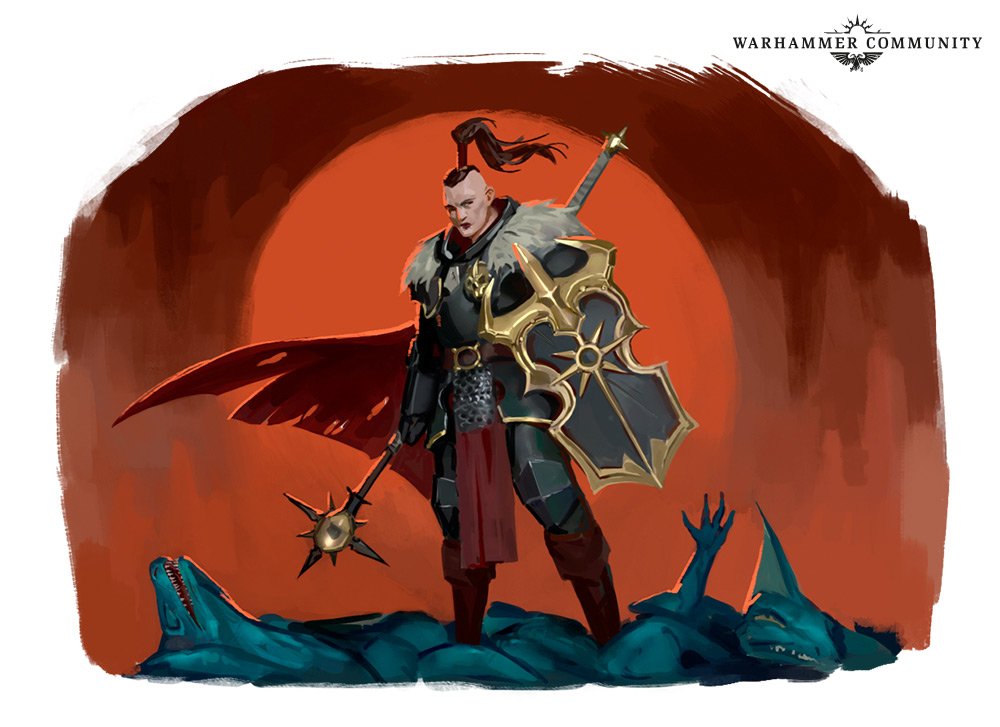 If you want to read up on some of the other versions and ideas for Desecration, GW brought in one of the game designers – Dave Sanders – to talk about some of the other concepts. It’s a good read and a great insight into some of their design process.

Ultimately, Khagra’s Ravagers are coming to the game with a new mechanic that will take some time to get a feel for. I’m curious to see how this ends up working out for the warband and the game overall. It seems like it’s going to give players a good option vs those “take and hold” warbands out there and could shift the meta with a spoiler warband. We’ll see how that goes… 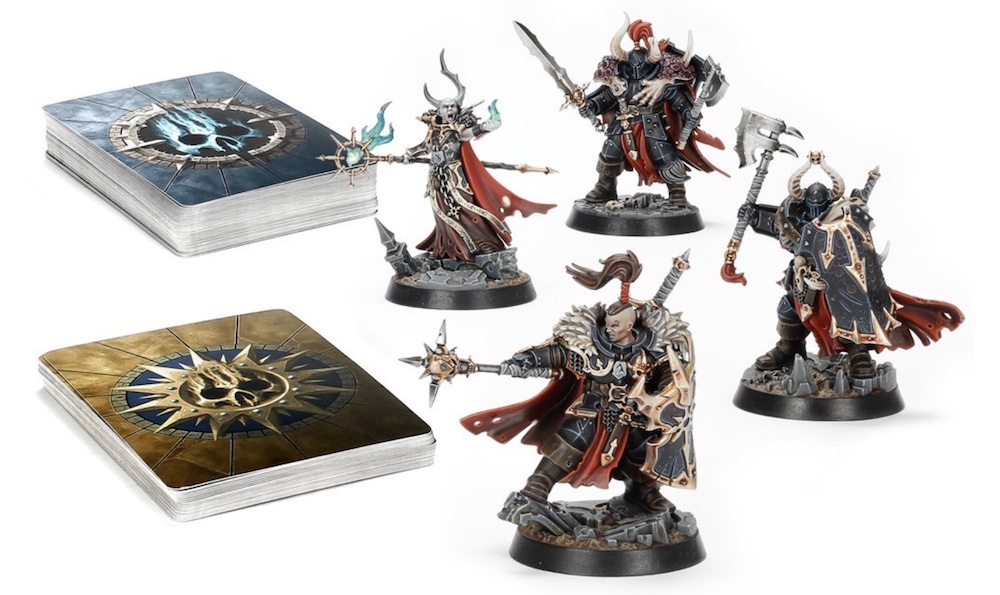 Coming soon to Warhammer Underworlds – the Desecrators that are Khagra’s Ravagers!