Watch Your Back When You Battle For The Mortal Realms In Munchkin: Age of Sigmar 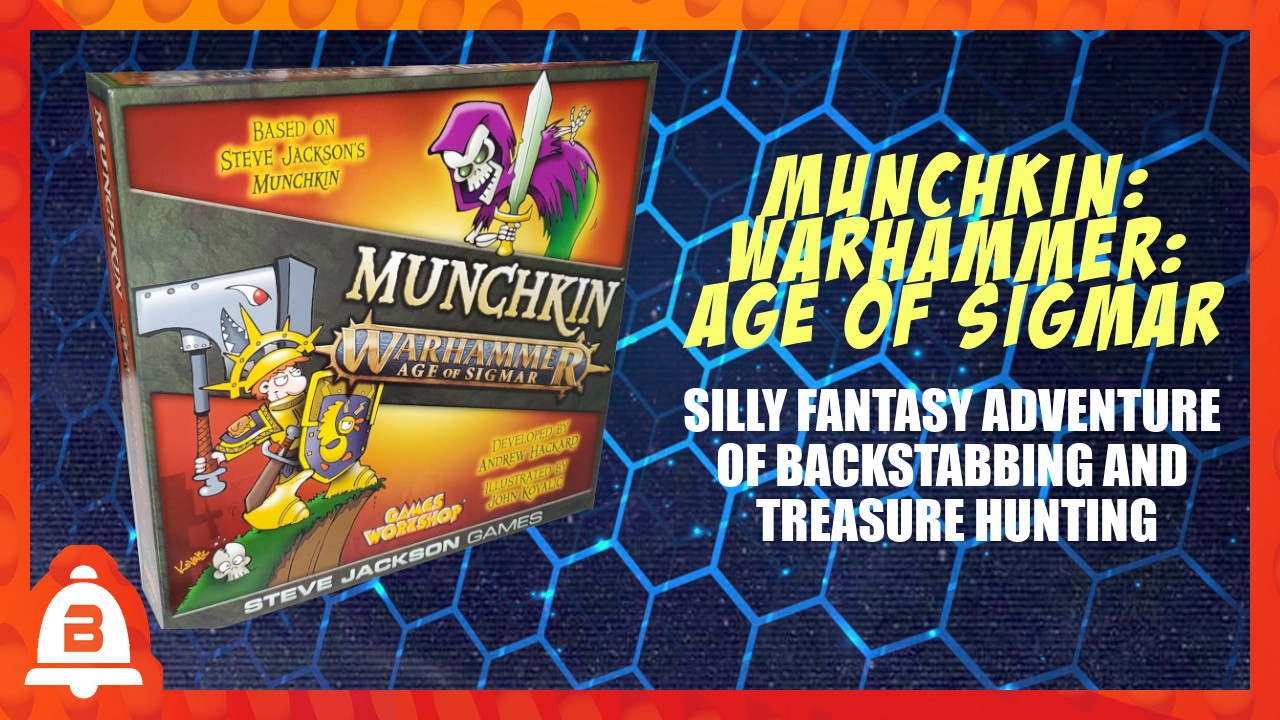 Battle the dark forces of Chaos for honor and glory…. by which I mean kill monsters and take their stuff.

If you’ve ever been inside a tabletop game store, you probably have a pretty good idea of what Munchkin is. It’s the (often) fantasy adventure card game of treasure hunting and annoying your friends. And today we look at Munchkin: Warhammer: Age of Sigmar.

Each version of Munchkin has many, many unique cards and most have some unique rules or quirks to them which make them stand out from the crowd of Munchkin expansions. But, in general, Munchkin is a competitive combat card game with item collecting and plenty of Take-That mechanics. The goal of each player is to be the first player to reach 10th level. Levels are gained primarily through killing monsters, although some cards and game effects also grant bonus levels. 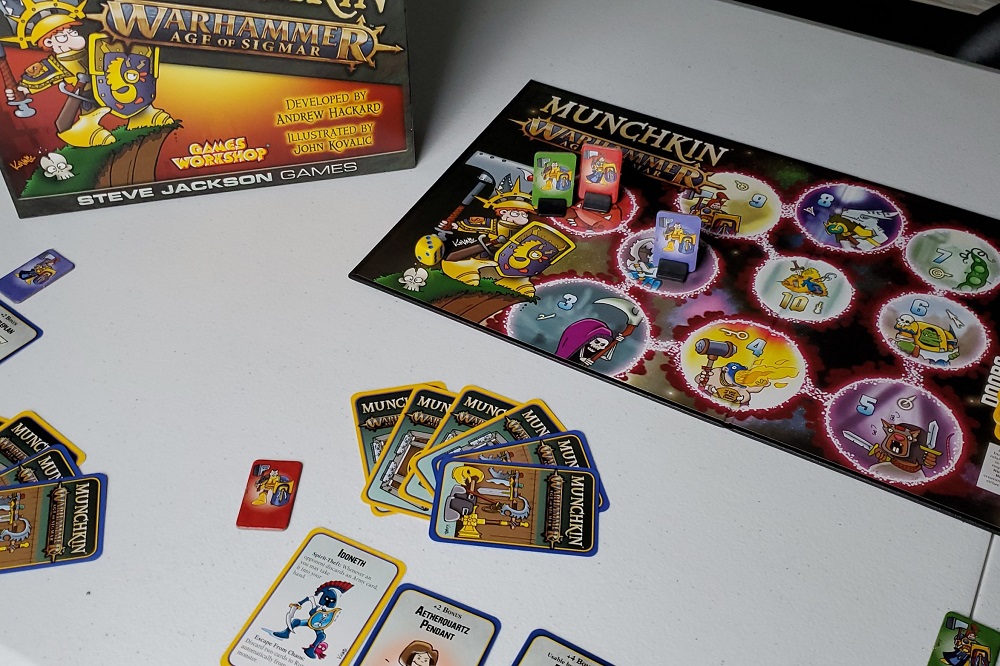 On each player’s turn, they will flip over a Door card and deal with whatever card is revealed. Typically this is a monster, but could also be a curse, which can have a wide variety of effects or plenty of other sorts of cards. Like I mentioned earlier, Munchkin has lots of cards. If the munchkin does not find a monster, they can loot the room (draw a Door card into their hand) or look for trouble (play a monster card from their hand to fight). However, if that initial door card is a monster card, then the munchkin must fight it. 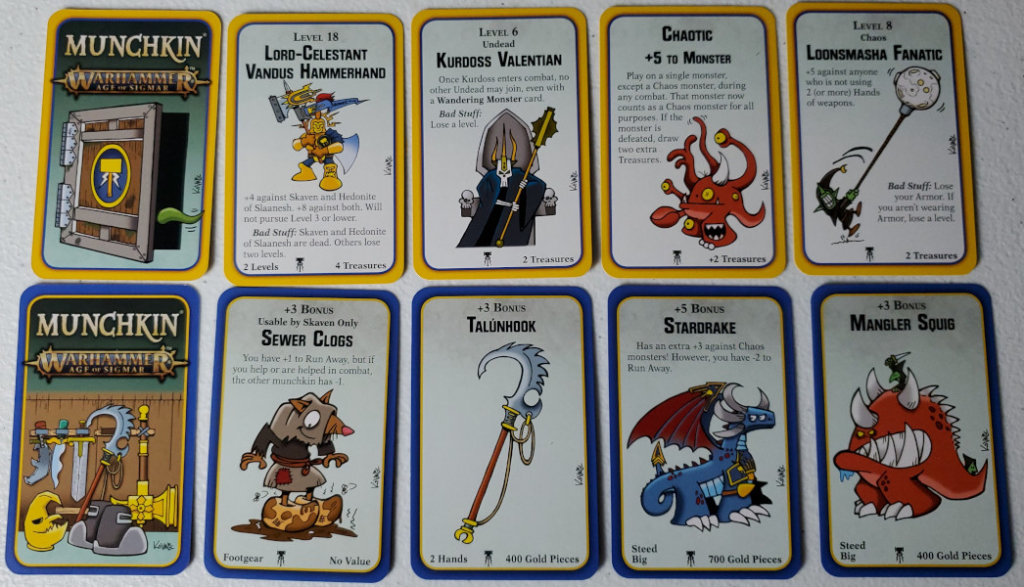 Munchkin uses a very simple combat strength comparison for combat. The munchkin takes their own level and adds any bonuses from their equipped items, as listed at the top of each item card. If this total is equal to or greater than that of the monster’s level (listed at the top of the monster card), the munchkin wins! However, other players may use One-Shot items to increase the monster’s strength, hoping to force the current player to lose the combat. The active player can use their own One-Shot items to aid themselves as well. This will often go back and forth for a little while as players go back and forth attempting to one-up each other until one side has nothing left. At that point, if the munchkin is stronger, they win the combat and gain some levels and treasure. Otherwise, they suffer the Bad Stuff listed on the monster’s card. 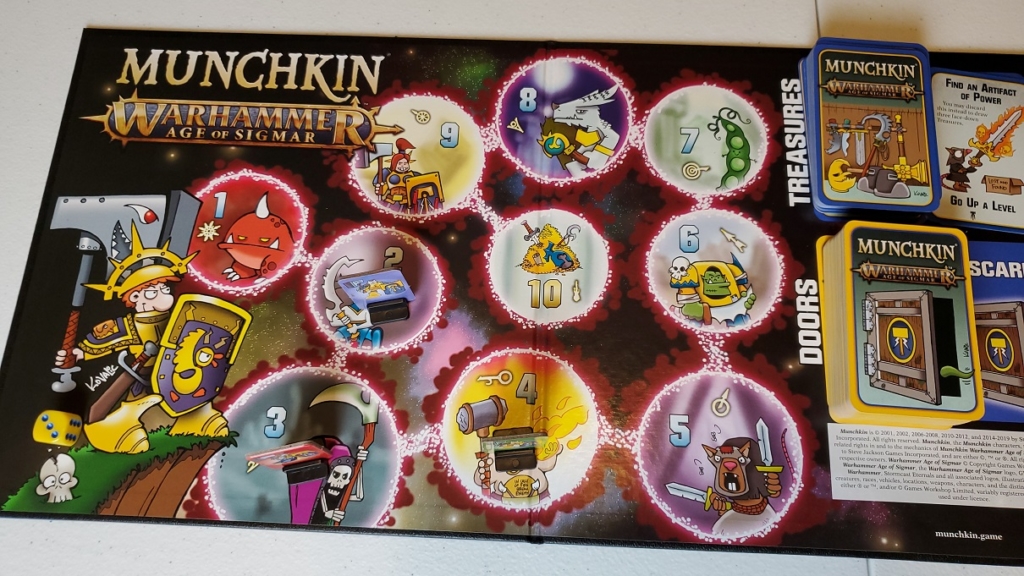 As they play, players are likely to join a certain Army. By playing an Army card, players can join that army. The options are Hedonites of Slaanesh, Idoneth, Moonclan Grots, Nighthaunts, Skaven, or Stormcast Eternals. Plenty of items are restricted to only being used by members of a certain army, and some monsters will have certain effects or bonuses based on the army of the munchkin they are facing.

Munchkin: Warhammer: Age of Sigmar comes with a very nice game board to help track each munchkin’s level as they progress, as well as a way to keep the Door and Treasure cards. Each player has 2 tokens, one for moving around the game board, and another to keep in front of them to indicate their own color. 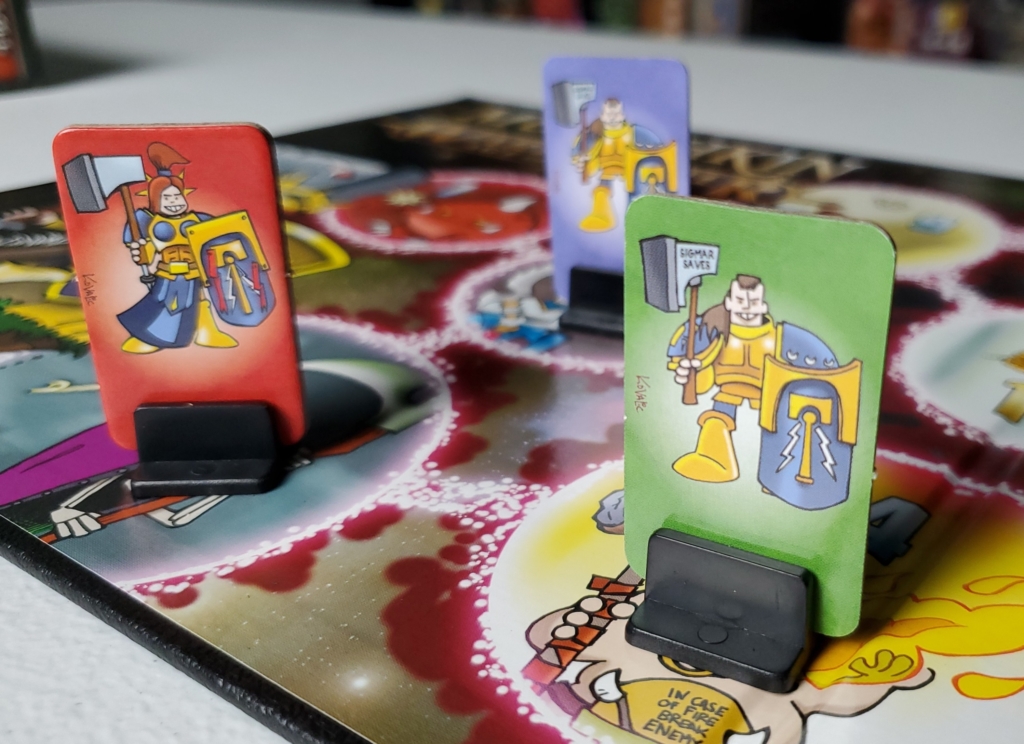 The game also includes the rules for Undead and Chaos monsters, which can be played for free into any combat with any other monster of the same type, without having to play a Wandering Monster card, which is typically the case. 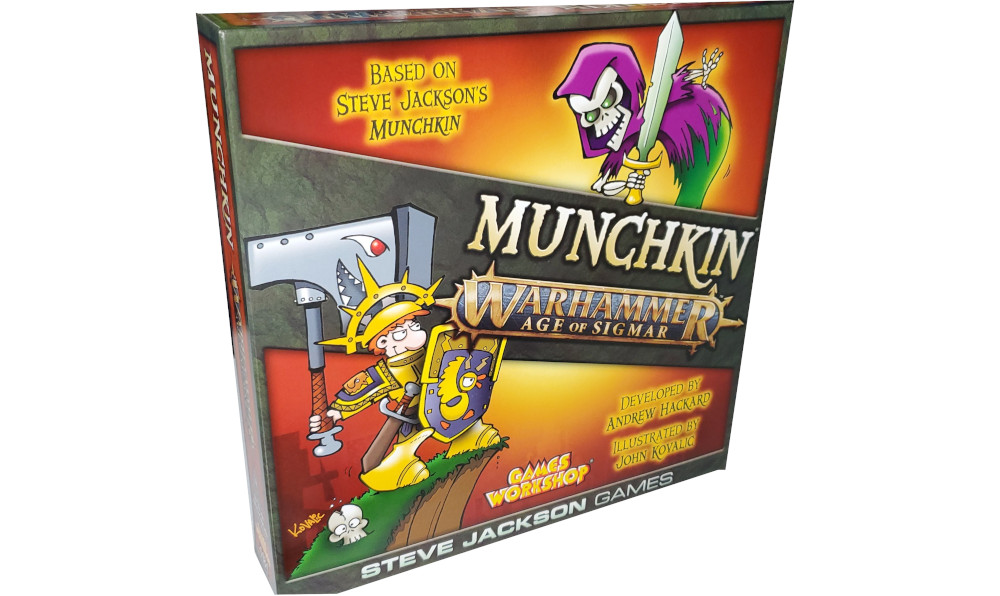 The Eight Realms of Warhammer Age of Sigmar form a new battleground for Munchkin players to explore – by which we mean kill monsters and take their stuff, obviously. First launched in 2015, Warhammer Age of Sigmar has found a home on game tables worldwide. Its rich story and variety of foes are a perfect match for your Munchkin game. Play as a soldier of one of the Armies in the Grand Alliances, as you fight against the numberless minions of Chaos and Death!

Author: Matt Sall
Matt has loved games of all kinds his whole life: board, video, war, roleplaying. He's worked as a writer for BoLS since 2017. He's worked as freelance editor for board game rulebooks and has designed many of his own games as well.
Advertisement
Age of Sigmar Board Games Games Workshop Rules Steve Jackson Games Tabletop News Videos
Advertisement 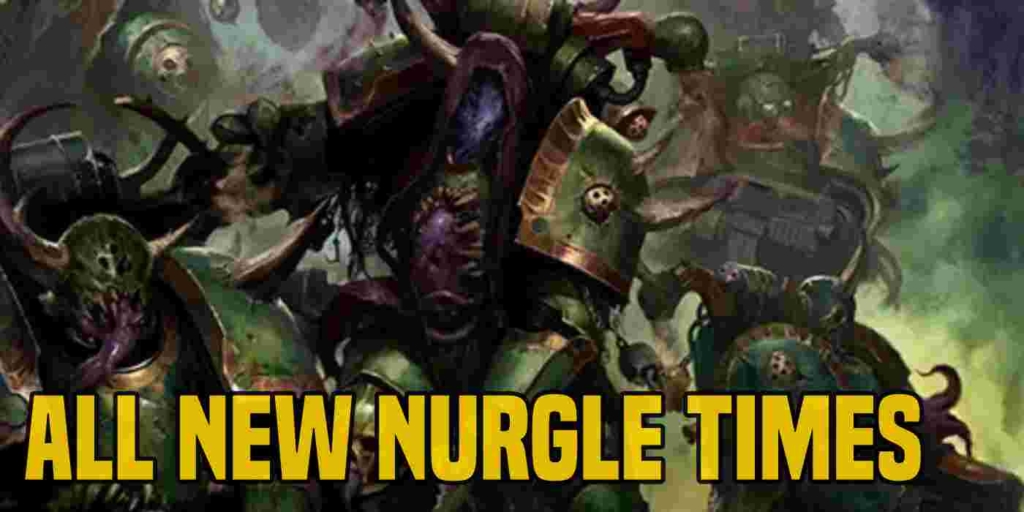