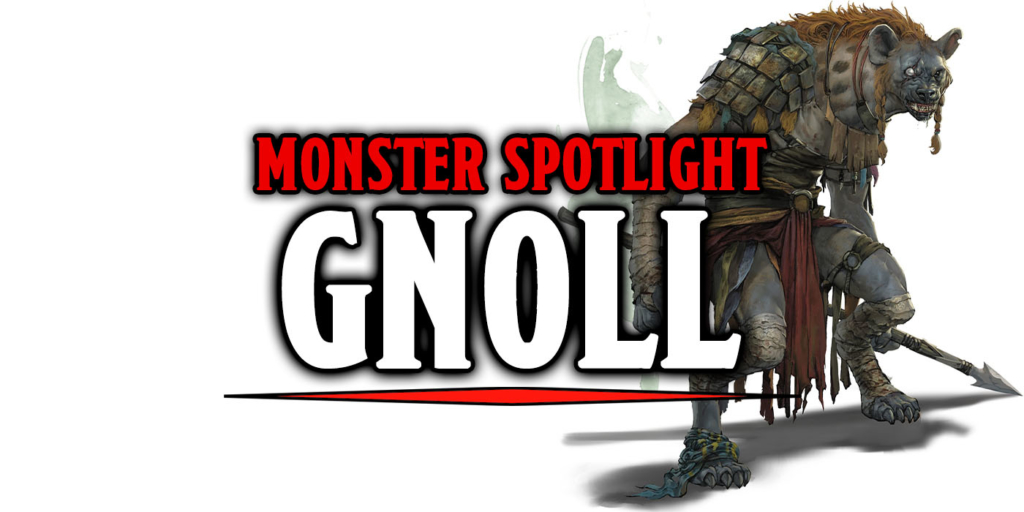 Demonic hyenas with no morals, gnolls are one-note foes who may be fun to take on in battle, but will be no fun to encounter at the local tavern.

If you’re ever not feeling great about yourself, just remember that 1E gnolls were basically confused Scooby Doos.

Though they’re usually found living underground in arctic or arid climates, gnolls aren’t fond of work, are terrible miners, and have been known to inhabit abandoned buildings or villages. In short, gnolls are either lazy or opportunistic creatures, depending on how charitable you feel like being. They can usually be found in groups or packs of varying sizes, and while these groups may have conflicting senses of superiority, they don’t tend to dislike each other and have even been known to join forces and join mega packs for fights or raids. Gnolls are also most likely to get along with orcs, hobgoblins, bugbears, ogres, and trolls, provided they are all on about equal footing strength-wise.

Gnolls don’t like attacking one on one or even in small numbers, much preferring to overwhelm their enemies with massive numbers and horde tactics. Despite living in large groups, they aren’t particularly loyal, sometimes resorting to eating their packmates or partners when food is scarce. Gnolls only eat things that are warm blooded, but have a preference for intelligent creatures because they enjoy the cruelty angle. 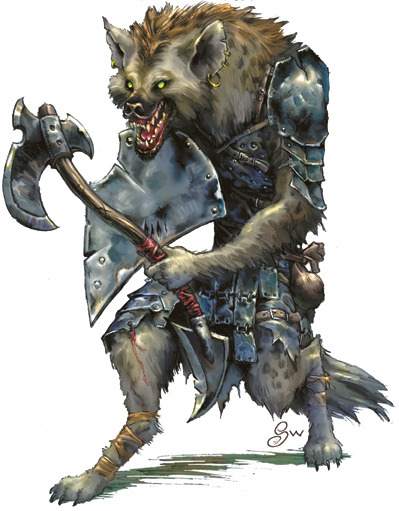 Unless there’s an especially strong leader with them, gnolls are generally undisciplined fighters, instead using strength and numbers above strategy or skill. A leader will be able to force them to maintain ranks and fight as a unit, but this doesn’t happen as often as the ‘Leeroy Jenkins’ approach. Playable gnolls are more likely to be rangers or clerics of the slaughter diety, Erythnul with additional boosts to armor, listen, spot, and a whopping six languages. 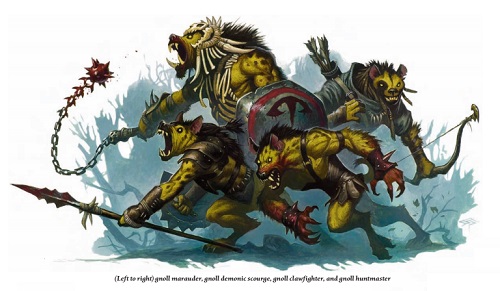 While it’s been established since first edition that gnoll are lazy creatures who would prefer an opportunistic house to a burrow dug just for them, we’ve glossed over their use of raid slaves in previous editions. Gnolls have been known to take prisoners to do their work and sometimes act as emergency back up meals because they detest manual labor and downright refuse to do it. But 4E introduces the idea that these captured people can be indoctrinated into the gnoll vanguard and join what passes as society with gnolls if they show “strength and savagery.” 90% of the time, this is a bleak bit of information to know as reward for rolling well enough on gnoll lore, but for some adventurers it may give them an idea of how to trick themselves into a better situation and eventual rescue or escape. 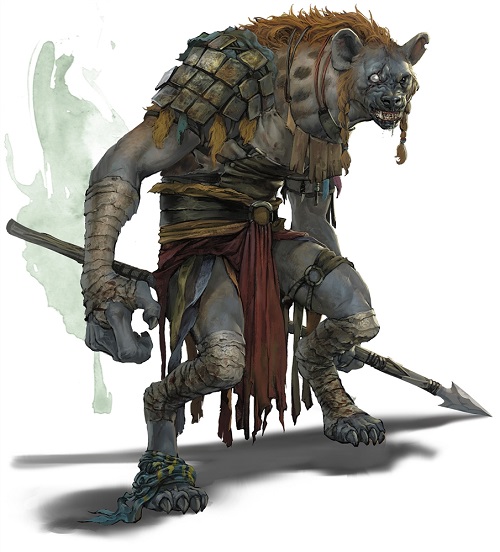 Gnolls were at one point in their history regular hyenas who followed the demon lord Yeenoghu as he made his was across the Material Plane. These hyenas would follow, scavenging in his wake and were eventually transformed into the gnolls you may have to face in an encounter today. Their demonic origins are still seen with their third for blood, lack of any conscience or compassion, and a feral need to create destruction and pain. While they may be fun monsters to take on in a battle, they probably won’t be great for conversation or information after because gnolls just don’t care about anyone or anything.

Have you encountered a gnoll? Was there a pack or just one? How did your party handle their nature and tactics? Let us know in the comments! 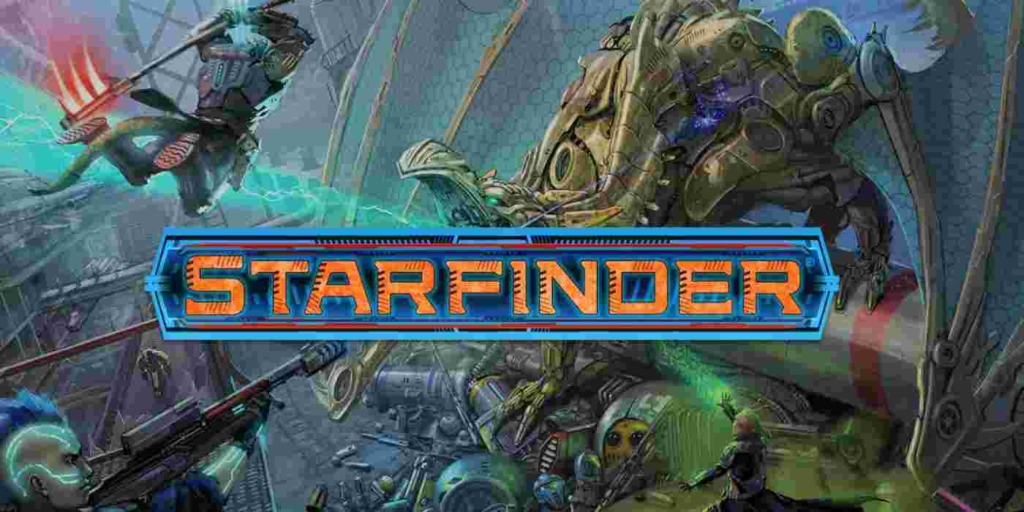