D&D Played By Puppets For Humans – Stuff Of Legends 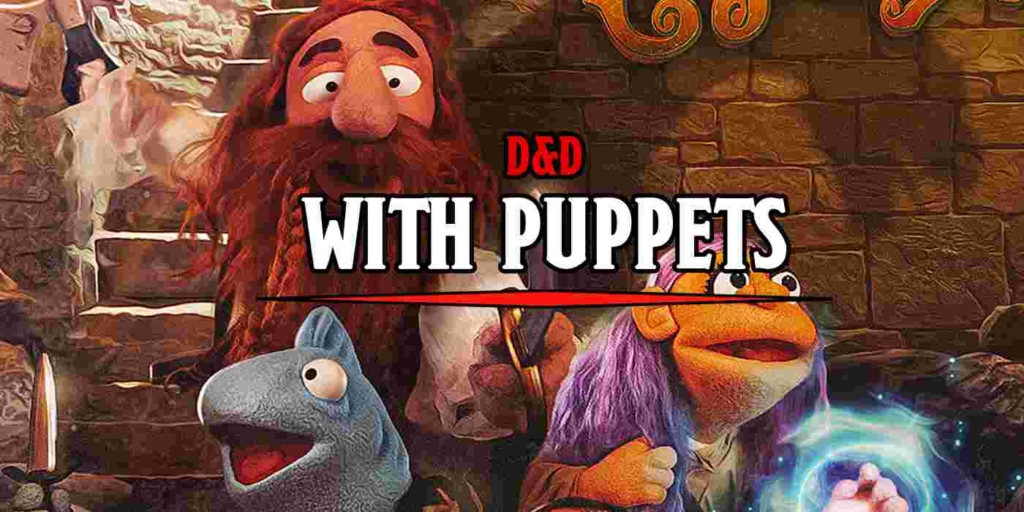 It’s not every day you have a chance to string together words that you’re fairly certain were never meant to be put together, but here they are, together at last. There’s no going back, only stepping into a brave new world that has been forever changed. Which is basically what’s going to happen on a new D&D show streaming today and weekly on Tuesdays for the next six-weeks. Stuff of Legends is a new puppet-based D&D show. What does that mean? Well, see for yourself.

Stuff of Legends is a six-episode YouTube series that takes you through a Dungeons & Dragons campaign that mashes together good old-fashioned role-playing and puppets! Yes, you read that right. Puppets!

This is a D&D series unlike anything you’ve seen before. Each episode switches between the adventurers at the table and the puppets that play them, as they take on a kidnapping case in Waterdeep. The series was created by and DMed by Jovenshire. He is joined by an illustrious cast of Lasercorn, Shanna Malcolm, Brandon Rogers, and Lisa Foiles.

The hilarity begins Tuesday, February 2, with a new episode posting each week on The Jovenshire YouTube channel. If you’re looking to watch some D&D stuff, look no further. For this is the stuff of legends.

It really is just D&D with puppets. If you’re looking for a light-hearted livestream to dig into while you wait your chance to tell Matt Mercer what rules he got wrong in the latest, tension-filled fight on Critical Role, Stuff of Legends looks like your chance.

Personally, I just want a horde of those goblin puppets to be an army that becomes unstoppable. But it goes to show–joke-y characters have a way of showing up wherever, but even the most comedic of these characters, I’m sure, will find a way of being heart-felt.

Because they’re made of felt. Right? Happy Adventuring!